During Saturday night’s Ninja Warrior, hosts Ben Shephard, Rochelle Humes, and Chris Kamara welcomed a new batch of contestants as they tested their strength, speed and courage. However, viewers witnessed history in the latest episode as one contestant became the first amputee to finish the obstacle course.

Changing its format for the new series, competitors not only have to complete the course, but they also have to compete in knockout head-to-head races in a two-lane course.

Before jumping onto the course, viewers got to learn a bit more about Matt Armitage, who was once a finalist in the show before.

Sharing that he lost his lower leg in an accident four years ago, he wanted to compete in the new series to inspire people.

He said: “I’m back to show and inspire people that nothing should ever get in the way of doing what you love.” 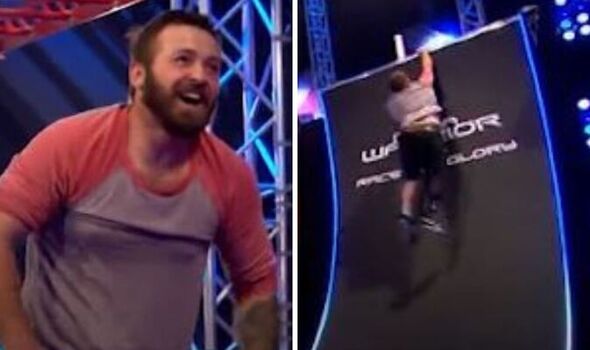 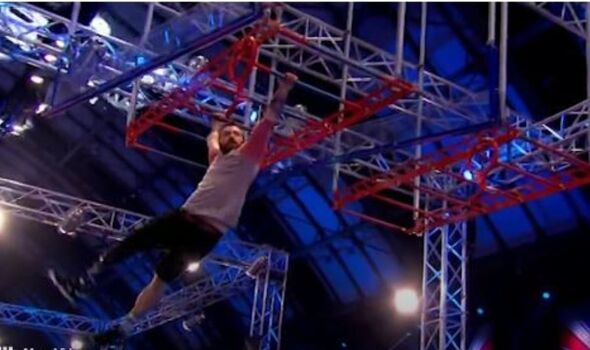 “I’ve had tougher battles than this, bring it on.”

Matt then went head-to-head with Robert Bandosz as the duo raced against each other to try and complete the tough obstacle course.

Robert raced ahead completing the course at quick speed before encouraging the audience to cheer for Matt, who was about to start his next segment of the game.

With a loud roar coming from the crowd, host Chris Kamara said: “This is an incredible story.” 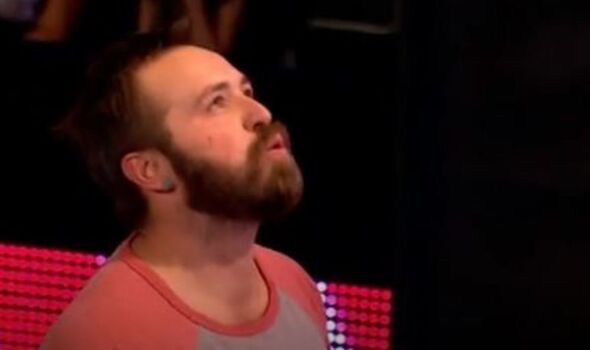 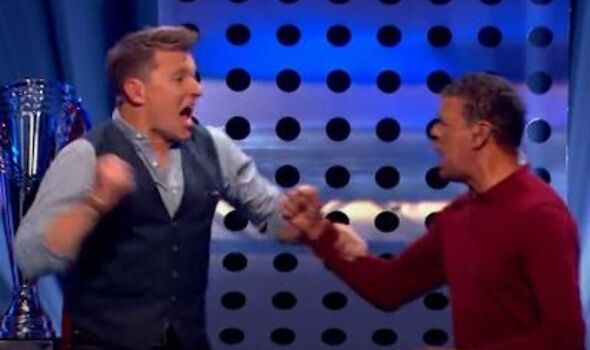 Encouraging him to get to the end, Rochelle screamed: “Come on, Matt!”

After going over the different segments of the game, it was time for Matt to face the final part of the course, the warped wall.

The last obstacle sees competitors run up a steeply curved tall wall that has a short run-up.

They have to reach the top of the wall, climb on top and press the button at the top to be able to fully finish the Ninja Warrior run.

Host Ben said: “Could Matt Armitage be the first amputee to beat the wall in the world?!”

With the crowd chanting, it was time for the competitor to face his final challenge.

Although he slid down the wall on the first attempt, he had a further two chances before being taken out of the competition.

Telling him to take his time, Ben told Matt to take a deep breath before his second attempt at the wall.

Managing to pull himself over on the next run, the crowd erupted in a huge cheer as his competitor Robert got on his knees and bowed down.

Celebrating the achievement, Matt pulled off his amputated leg and waved it in the air to celebrate before being overcome with emotion.

Informing the crowd that he was the first amputee in the world to complete the warped wall, he wanted to see how he was feeling.

Matt said: “For me, this has been a long time coming, I knew that I’d get emotional, I didn’t know at what point.