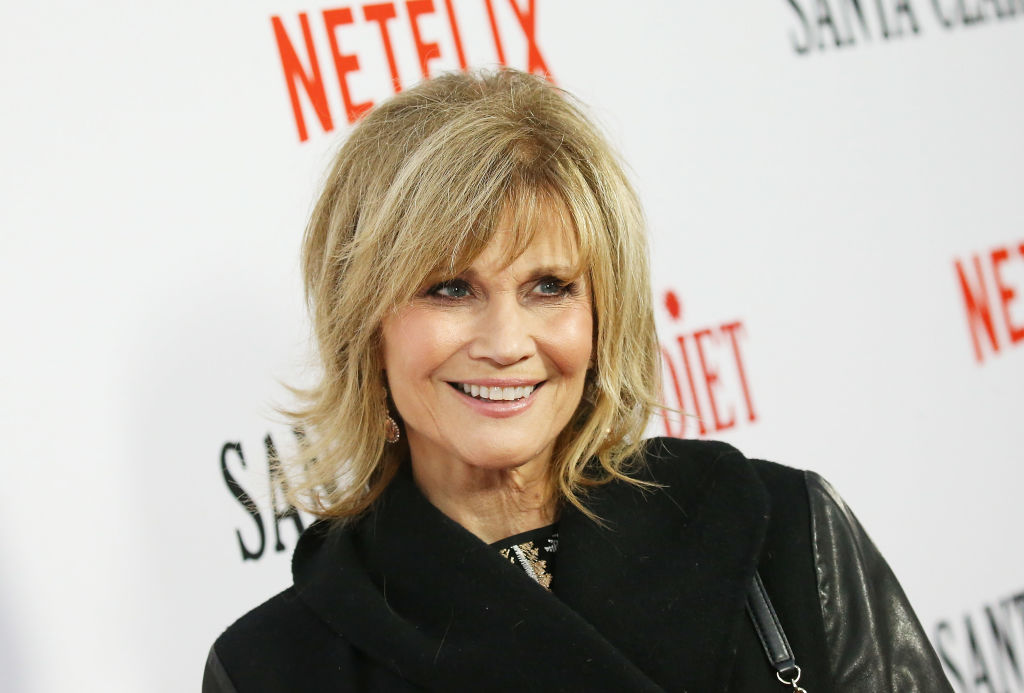 The actress, real name Marjorie, died after a four-year battle with cancer, her agent confirmed to Deadline.

Markie starred as bail bondswoman Terri Michaels in The Fall Guy on ABC for three years, before going onto play public defender Christine Sullivan on the NBC sitcom Night Court.

She also portrayed Mary’s mum in 1998 movie There’s Something About Mary, alongside Cameron Diaz, Ben Stiller, and Matt Dillon.

Tributes have been flooding in for the late star, with one fan writing: ‘Oh no! Not Markie Post. I loved her in Night Court. I was too young to really get the jokes, but I laughed because I knew it was funny and I’d grow up to understand the humour.’

‘So shocked and sad to hear the passing of Markie Post,’ another penned. ‘I’ve enjoyed watching her on the small screen with Night Court and the beloved Hearts Afire. RIP Markie. I will miss you so much. Fly high with the angels and our Heavenly Father. See you again soon.’

A third added: ‘Gut punch. Her addition to Night Court was crucial to the show’s success and she was a tremendously gifted comedic actress.’

Markie’s death comes just weeks after the passing of her Night Court co-star Charlie Robinson, who played the clerk in the TV series.

The prolific actor died aged 75 from cancer complications, following a cardiac arrest with multisystem organ failures due to septic shock.

Markie is survived by her husband, writer Michael A. Ross, and their two daughters, actress Kate Armstrong Ross and Daisy Schoenborn.