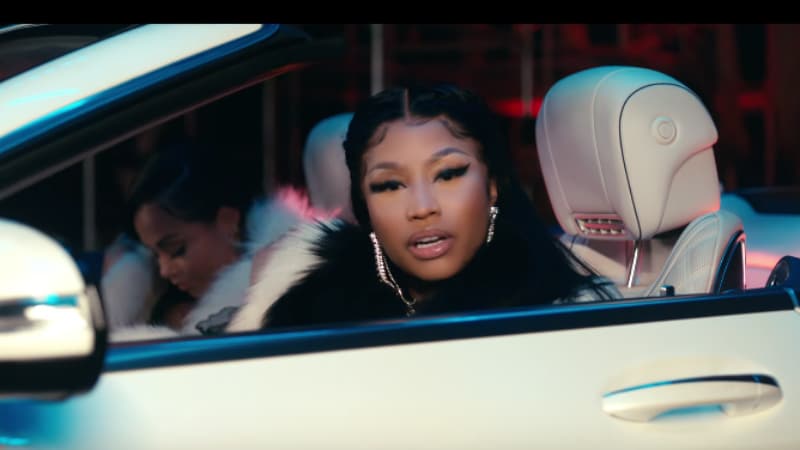 Nicki Minaj sparked dating rumors after taking a selfie with a mystery man later revealed to be rumored boyfriend Kenneth “Zoo” Petty. The Chun-Li singer teased the identity of the mystery man with a photo in which he is wearing denim jeans and jacket.

In another photo published in The Shade Room, Nicki Minaj is photographed getting cozy with a man that appears to be Kenneth Petty.

Who is Kenneth ‘Zoo’ Petty?

Nicki’s rumored new boyfriend is reportedly a 40-year-old father of five children from Queens, New York. Hollywood Life reports that Kenneth has a criminal report and was reportedly convicted on rape charges of a 16-year-old girl in 1995. The report states that he is a registered sex offender.

Nicki Minaj has previously received criticism for collaborating with rapper Tekashi 6ix9ine, who was convicted for child sex crimes. Nicki’s brother Jelani Maraj has been convicted of raping an 11-year-old girl.

Nicki Minaj was previously linked to British Formula One racing driver Lewis Hamilton. The 35-year-old rapper was in a relationship with Meek Mill from 2015 to 2017. She also dated Nas and was in a long-term relationship with Love and Hip Hop star Safaree Samuels.

Nicki is yet to confirm whether she is dating Kenny Petty as the rumored couple continues to tease their relationship on social media.