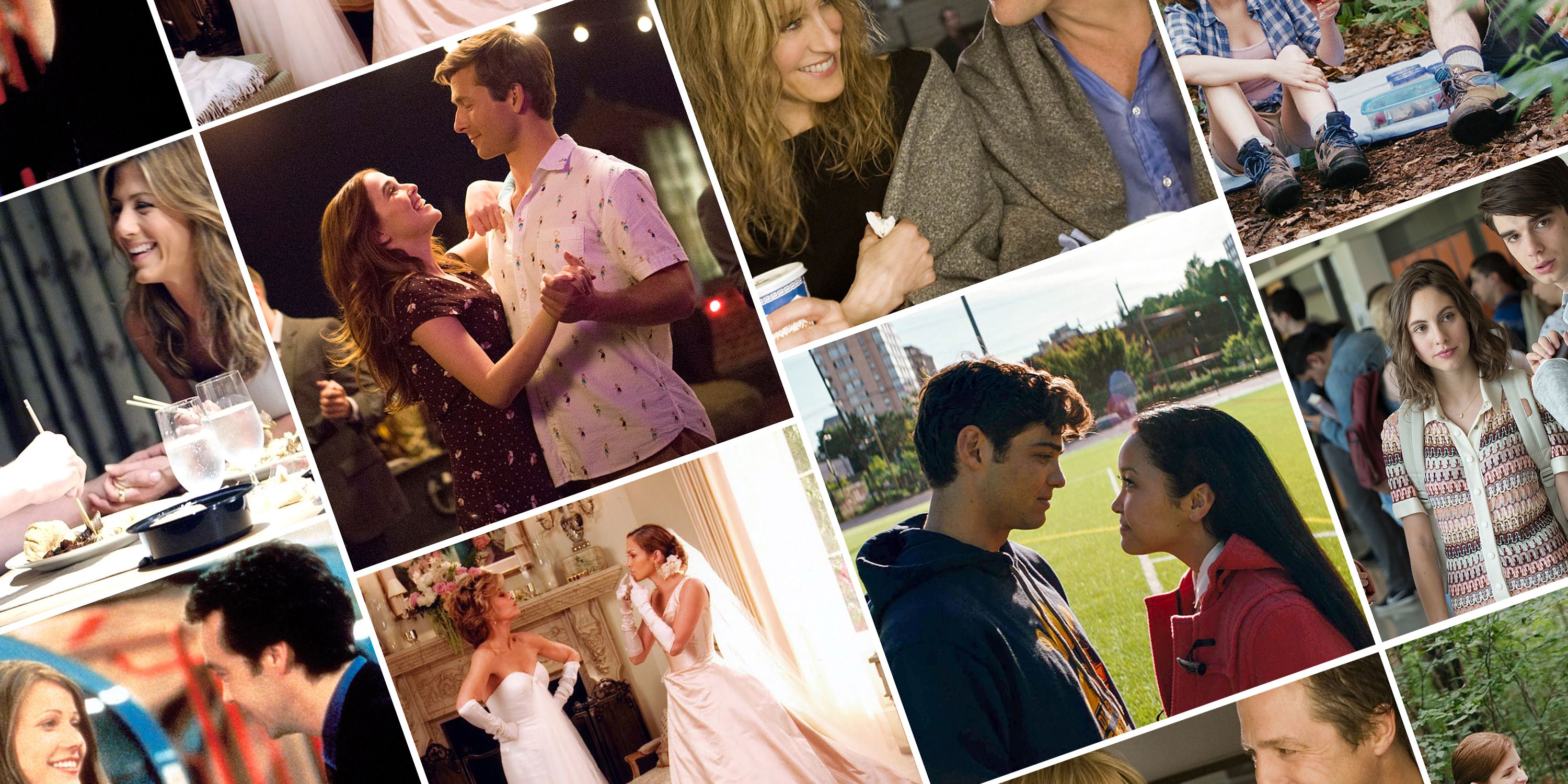 Love: the most dangerous four-letter word in the dictionary. And the culprit behind every embarrassing yet adorable rom-com ever made. These are the best, sappiest romantic comedies on Netflix. Happy streaming! (Plus, check out the most romantic movies on Netflix.) 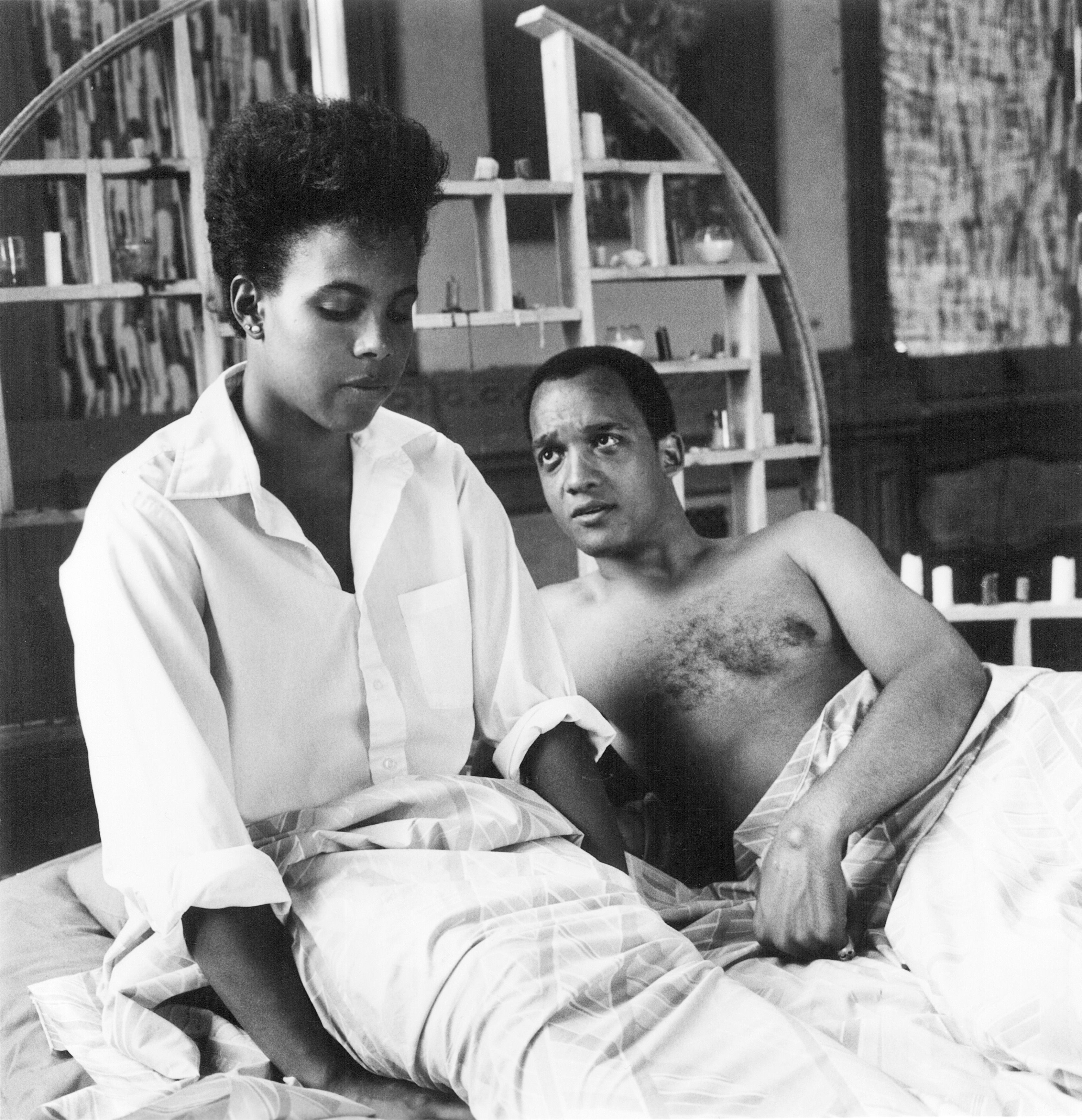 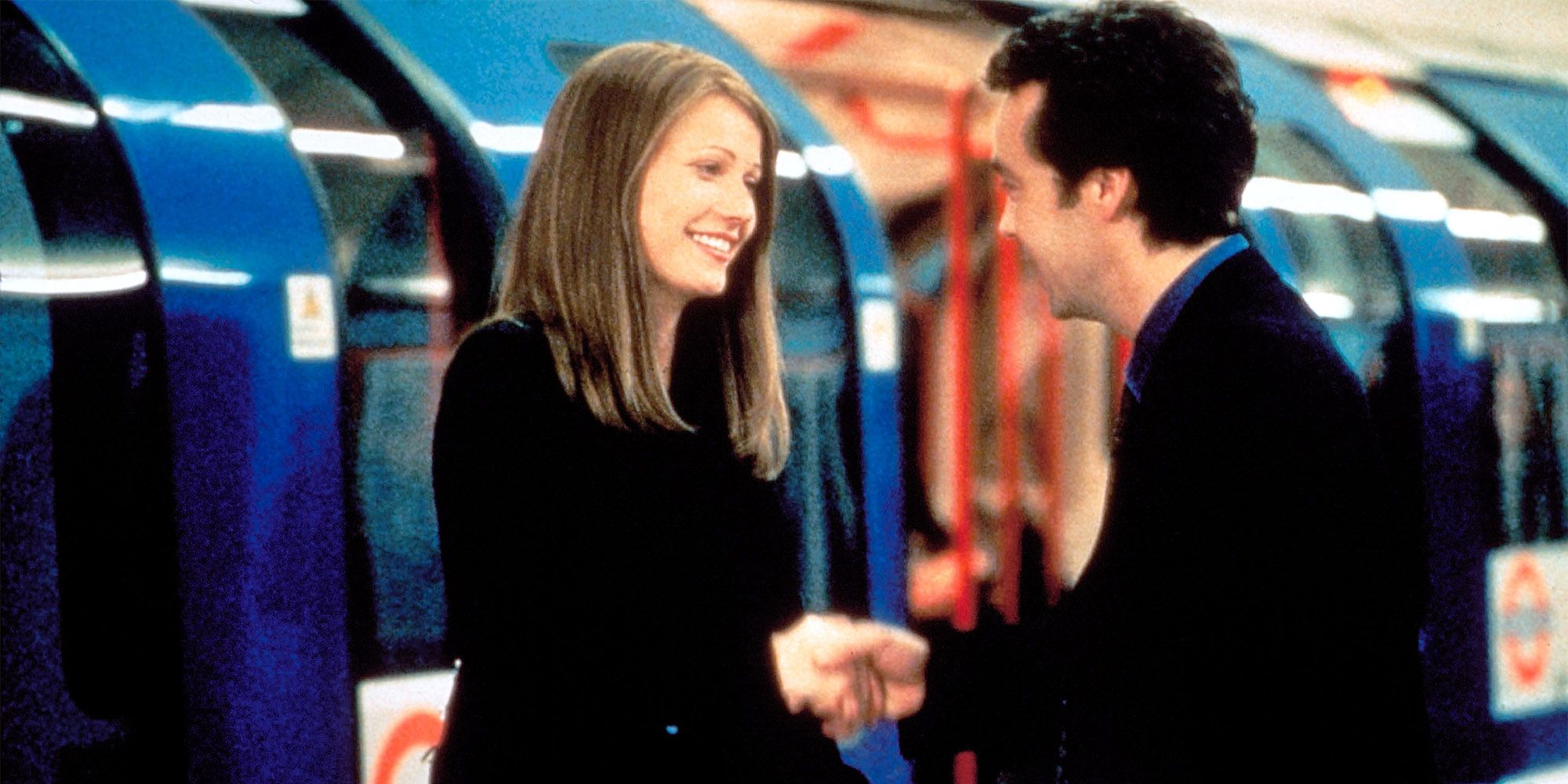 All subway riders know catching the right train makes all the difference. And Helen Quilley (Gwyneth Paltrow) can attest to that. She’s a woman stuck in two realities: In the first, she catches her boyfriend cheating on her. In the second, she arrives home after the woman has left. The fate of her relationship boils down to which train she makes. –AJ 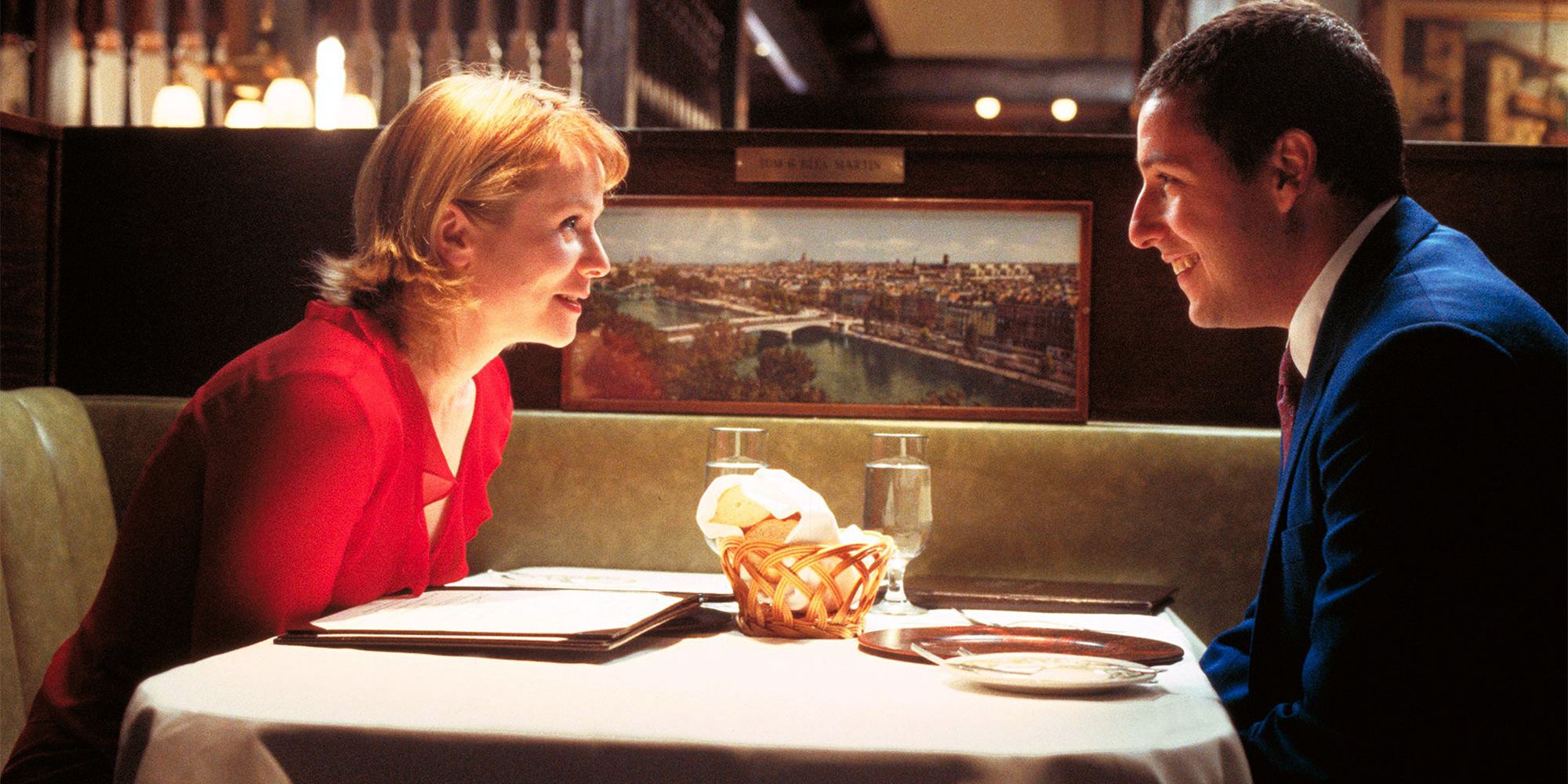 Adam Sandler gets in touch with his inner art house to lead a dark comedy about a troubled businessman juggling sisters, romance, and crooks. It’s quirky, but know this is entirely a Paul Thomas Anderson affair. No silly Sandler jokes here. –DeAnna Janes 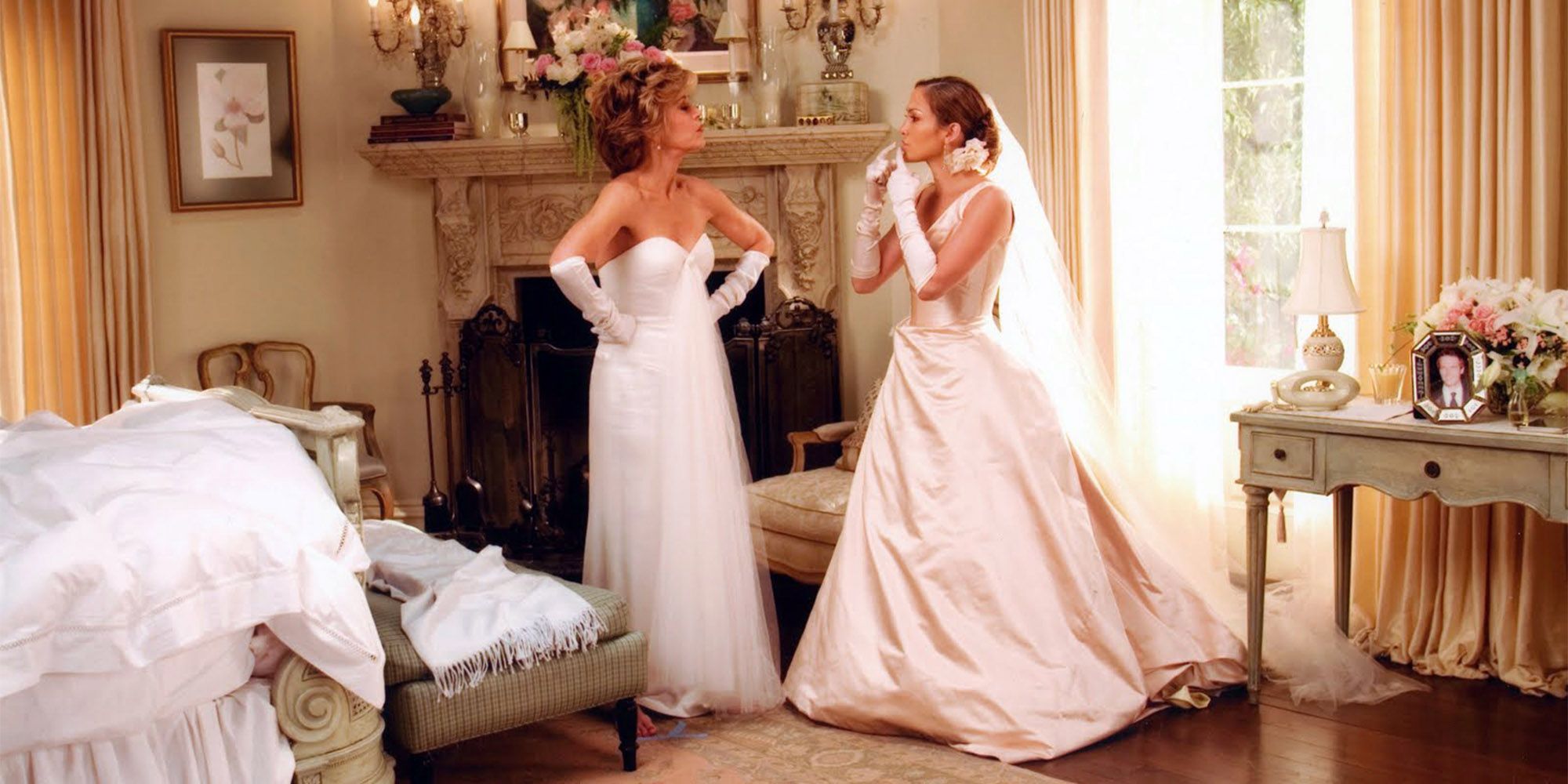 Jennifer Lopez and Jane Fonda go head to head in this romantic comedy about a mother- and daughter-in-law who can’t seem to get along. Fonda’s character, Viola, has just been released from an anger management clinic when her only son announces he’s getting married. And thus, the antics begins. –AJ 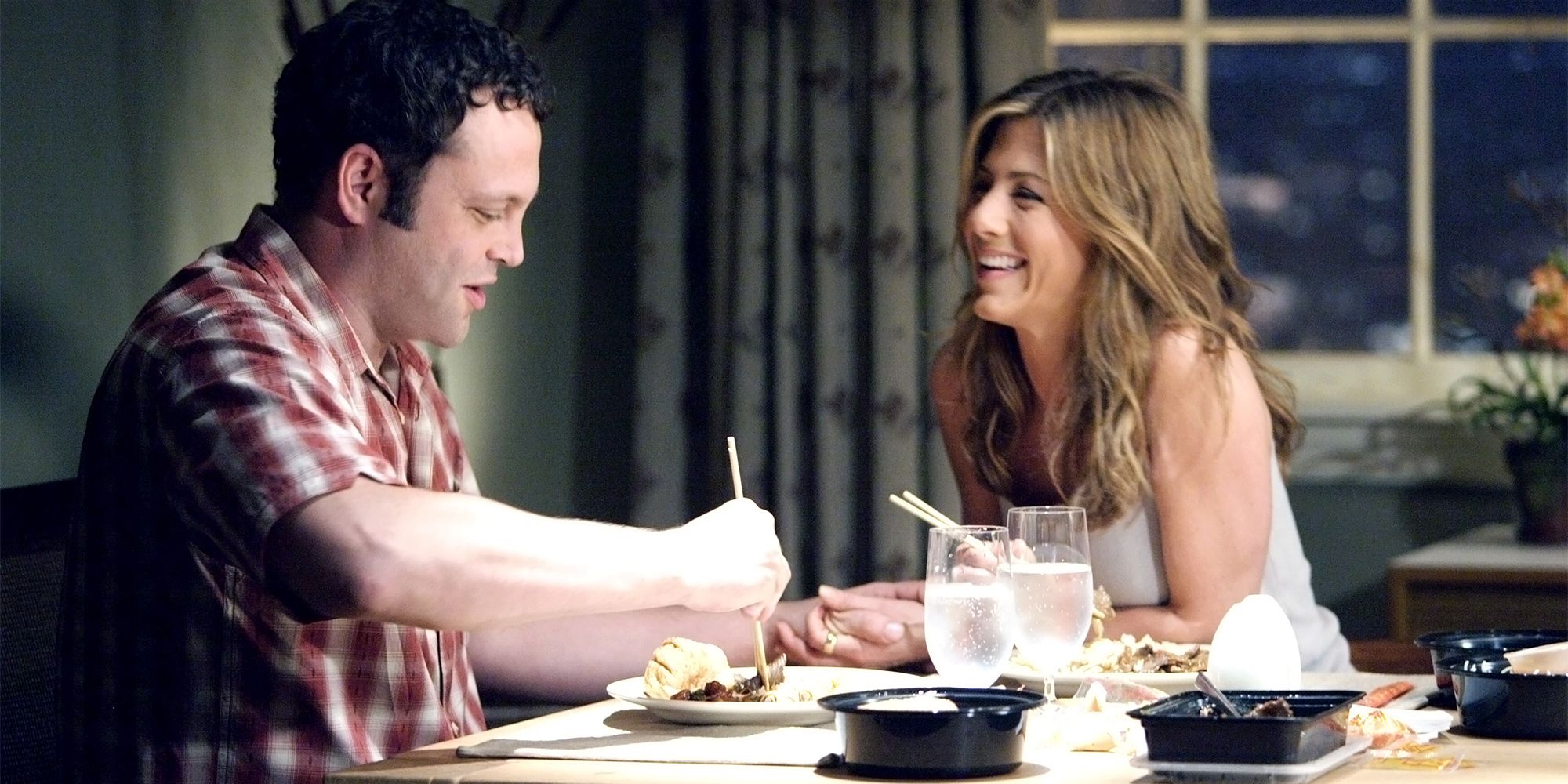 It’s not the War of the Roses, but Jennifer Aniston and Vince Vaughn take petty to the next level in this romantic comedy about a couple who’ve just broken up—but both refuse to leave the apartment. Let the games begin. –AJ 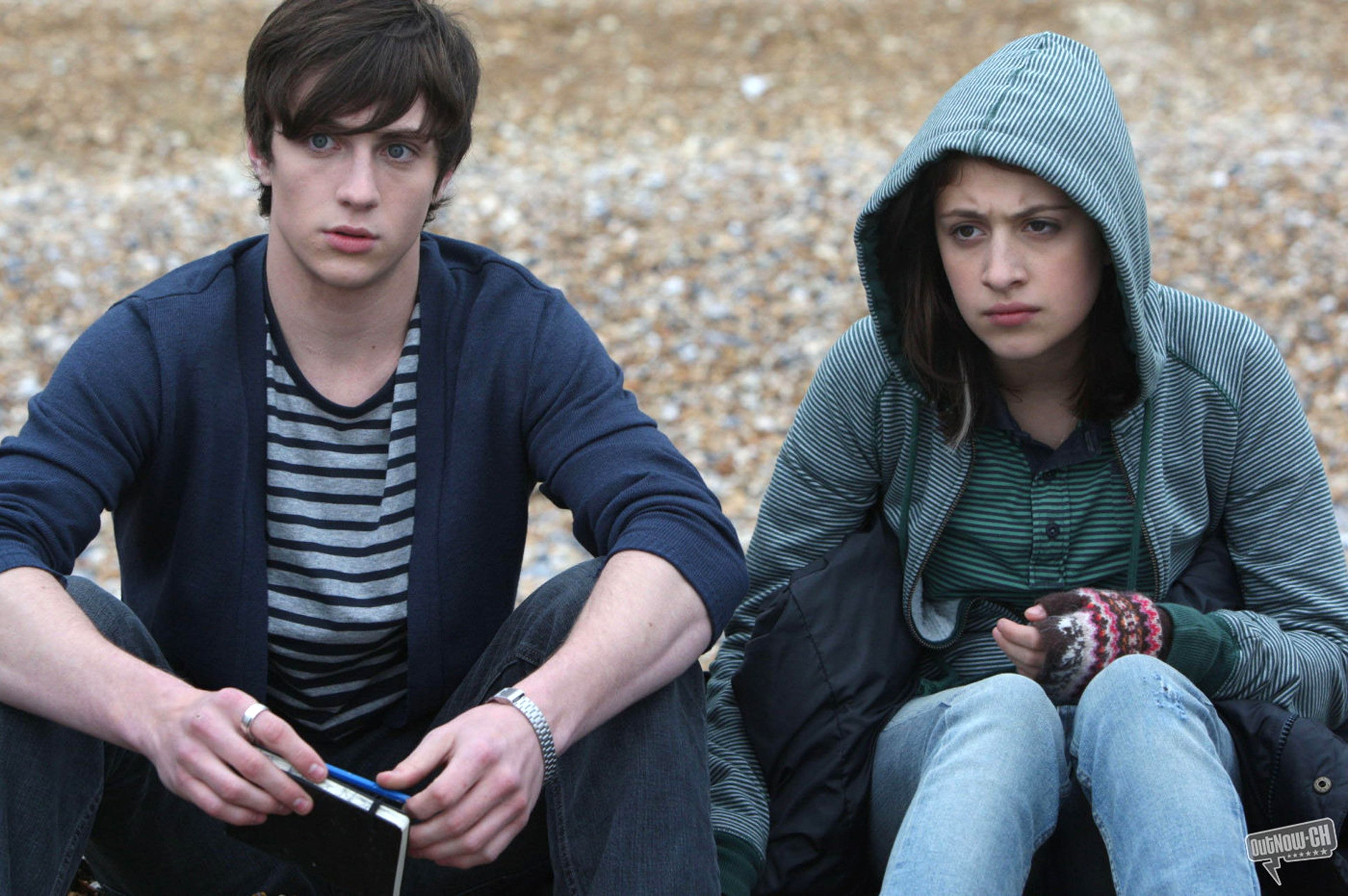 You can add snogging, shagging, slaggy, and more British slang words to your vocabulary after watching this rom-com about Georgia Nicholson (Georgia Groome), a 14-year-old on a mission to get her first kiss.

Whatever happened to Goodnight Moon? Definitely, Maybe is one hell of a bedtime story as Will Hayes (Ryan Reynolds) recounts three of his past romantic relationships to his daughter (Abigail Breslin) after she insists on hearing the story of how he and her mother met. And in a fun twist, Will changes the names of all three women, so his daughter has to guess which one became his wife. –AJ 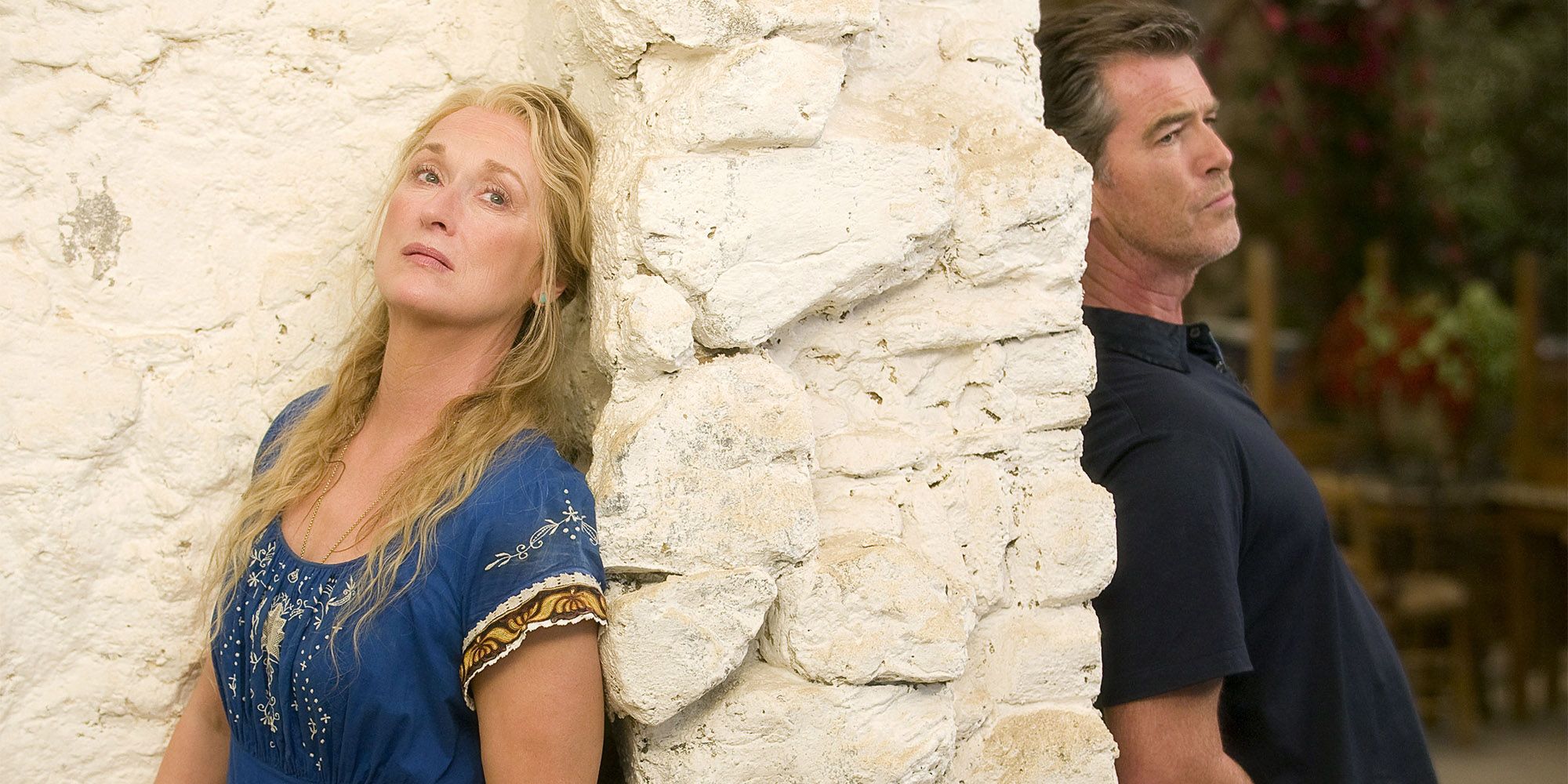 Three ex-boyfriends on one doorstep—love triangles don’t get more complicated than this. Panic ensues to the tune of several Abba songs when Donna (Meryl Streep) learns her daughter Sophie (Amanda Seyfried) invited three of her past flings to her wedding. And don’t forget: One of these men could be Sophie’s long-lost father. –AJ 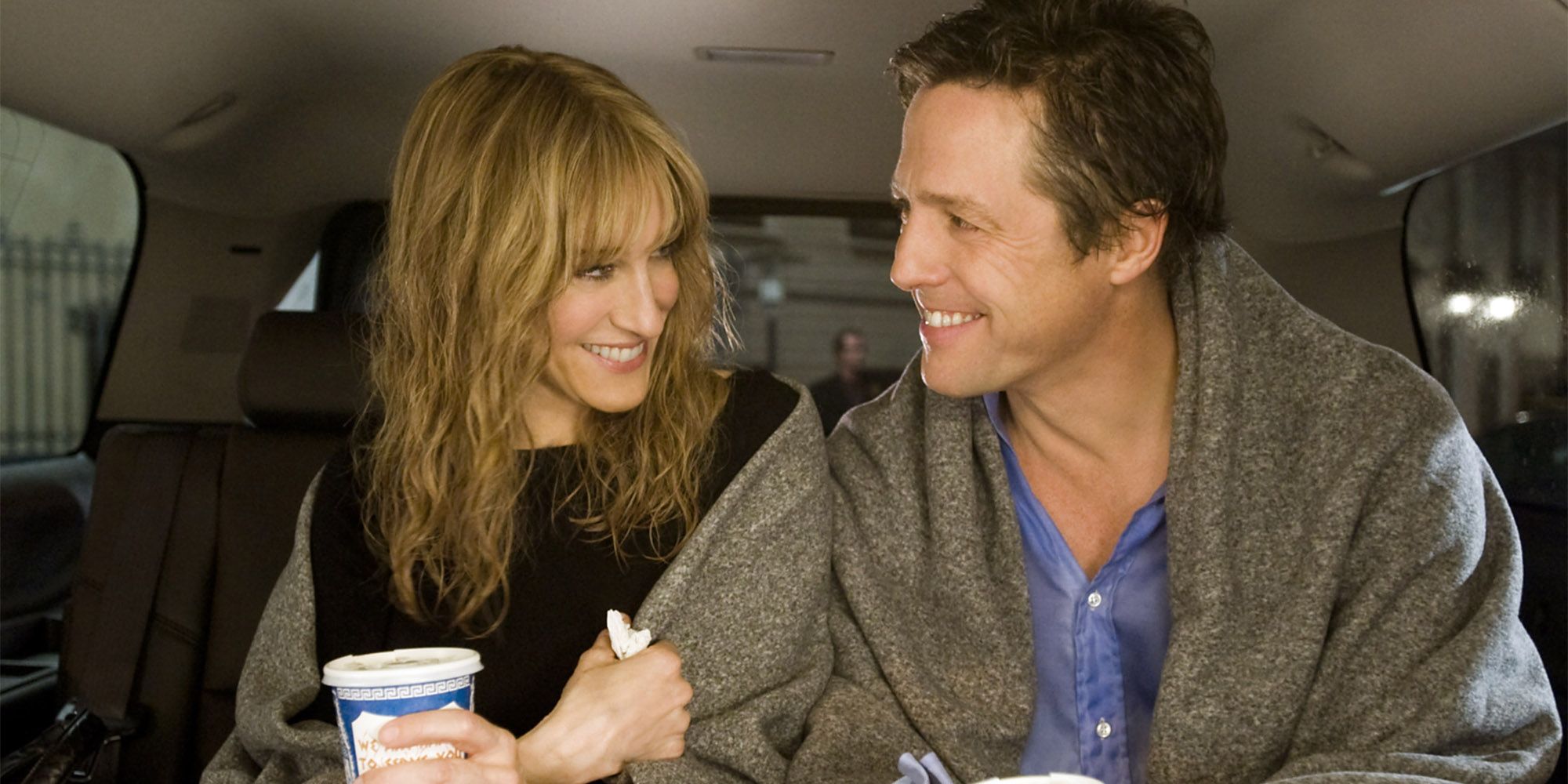 Following an underwhelming date night, a couple struggling to make marriage work witnesses a murder and is forced to move to Wyoming. Sarah Jessica Parker and Hugh Grant play this wealthy displaced couple whose respite away from the city might be just what their marriage needs. –AJ 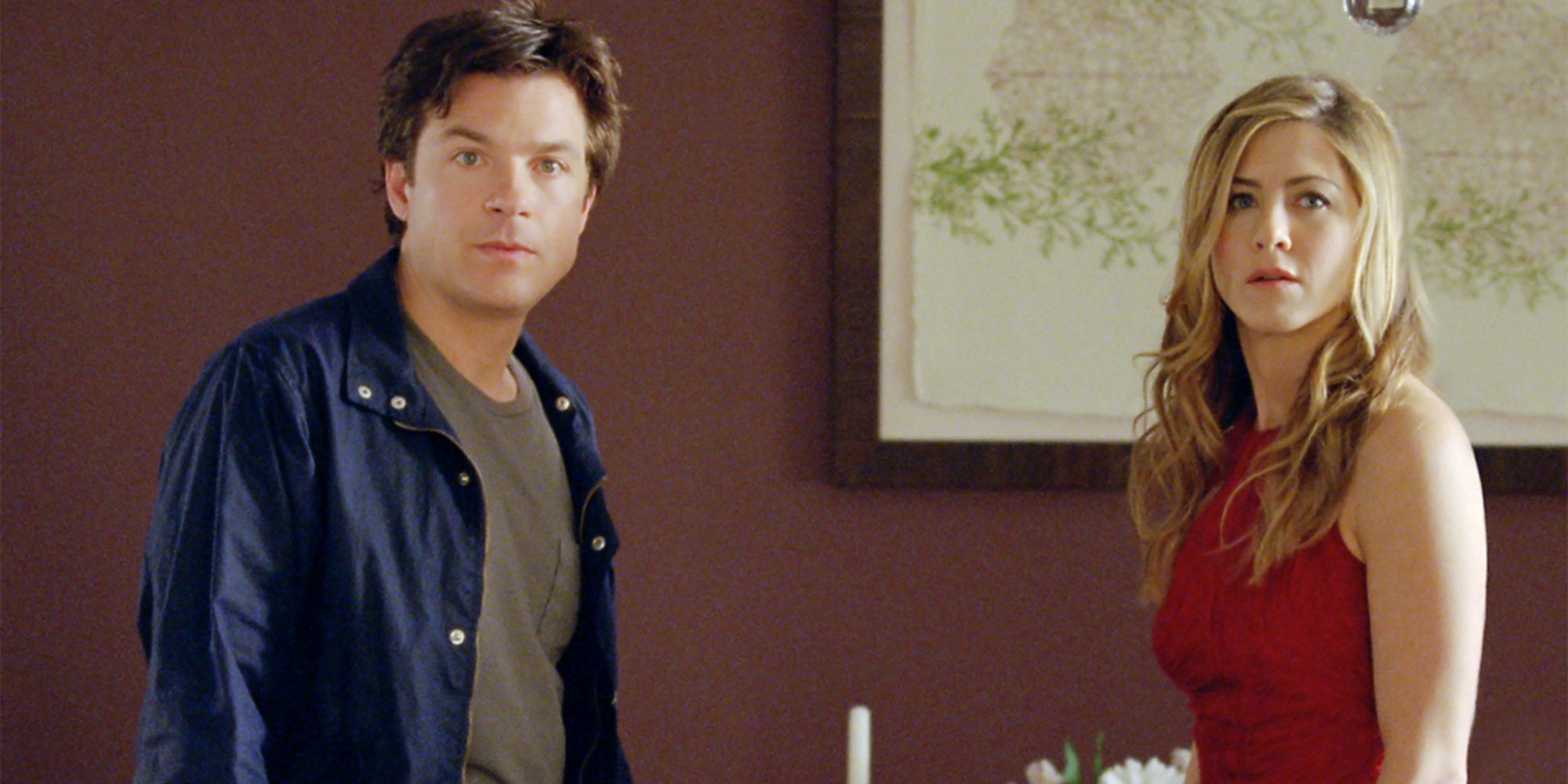 Wally (Jason Bateman) reunites with Kassie (Jennifer Aniston) seven years after drunkenly swapping her donor’s sperm for his at an insemination party—and Wally can’t help but notice the uncanny resemblance between himself and Kassie’s son. This might be the one thing best friends can’t forgive. –AJ 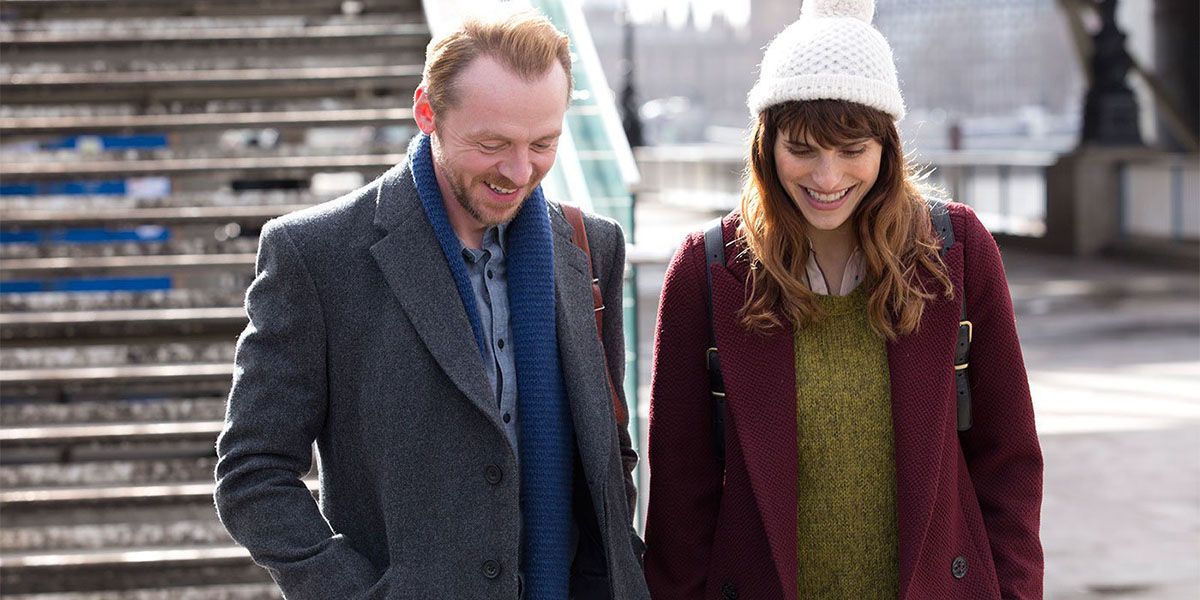 Write, direct, act, roll the perfect R in a Russian accent—Lake Bell can do it all. Add to that list impersonating a blind date and winning over the guy who was meant for someone else, which is exactly what happens in Ben Palmer’s rom-com, which co-stars Simon Pegg and reinvents the “meet cute.” –DJ

Sleeping with Other People (2015) Watch Now 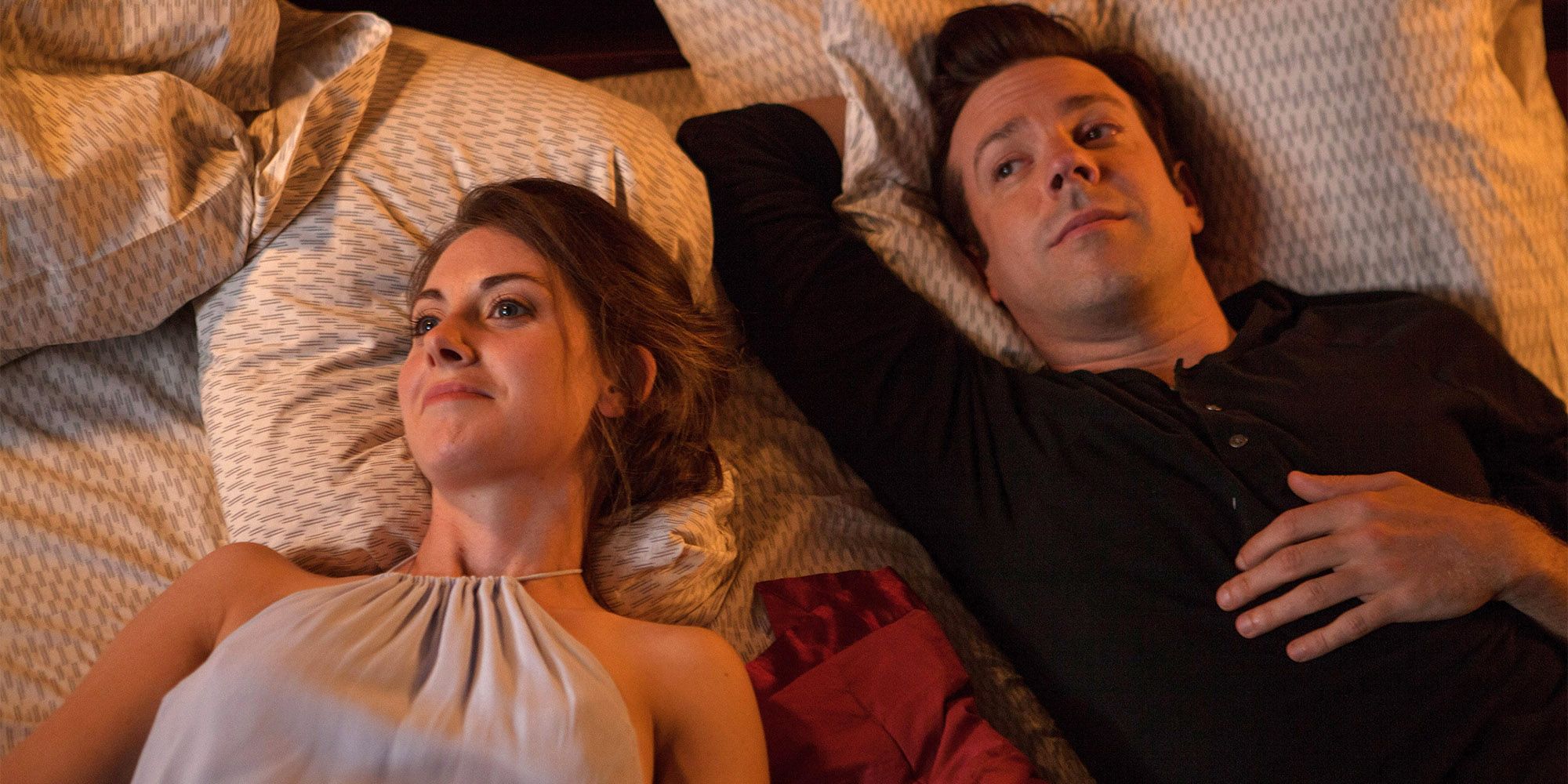 Twelve years after their college one-night stand, Jake and Lainey are having sex with everyone but each other. It’s actually their separate sexual encounters that lead to their reunion at a sex therapy group. But the two agree sex between them would be a mistake, and instead become involved in something even more dangerous: love. –AJ 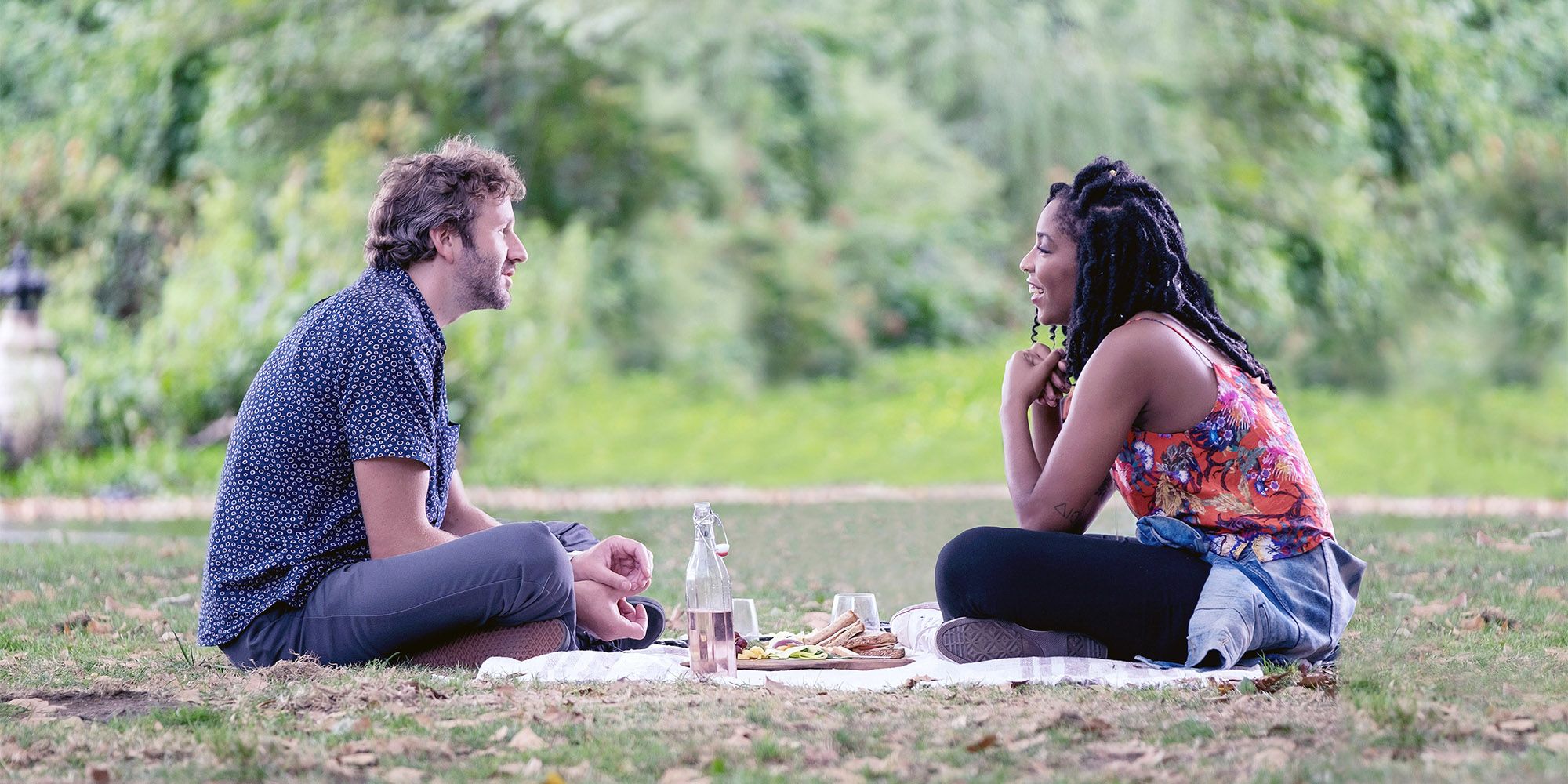 2 Dope Queens’ Jessica Williams brings her dry humor and charm to Jessica James, which follows a New York theater teacher through the post-breakup dating world. During a Tinder date, the newly-single Jessica can’t stop talking about her ex—and lucky for her, neither can her date. Such a perfect match. –AJ 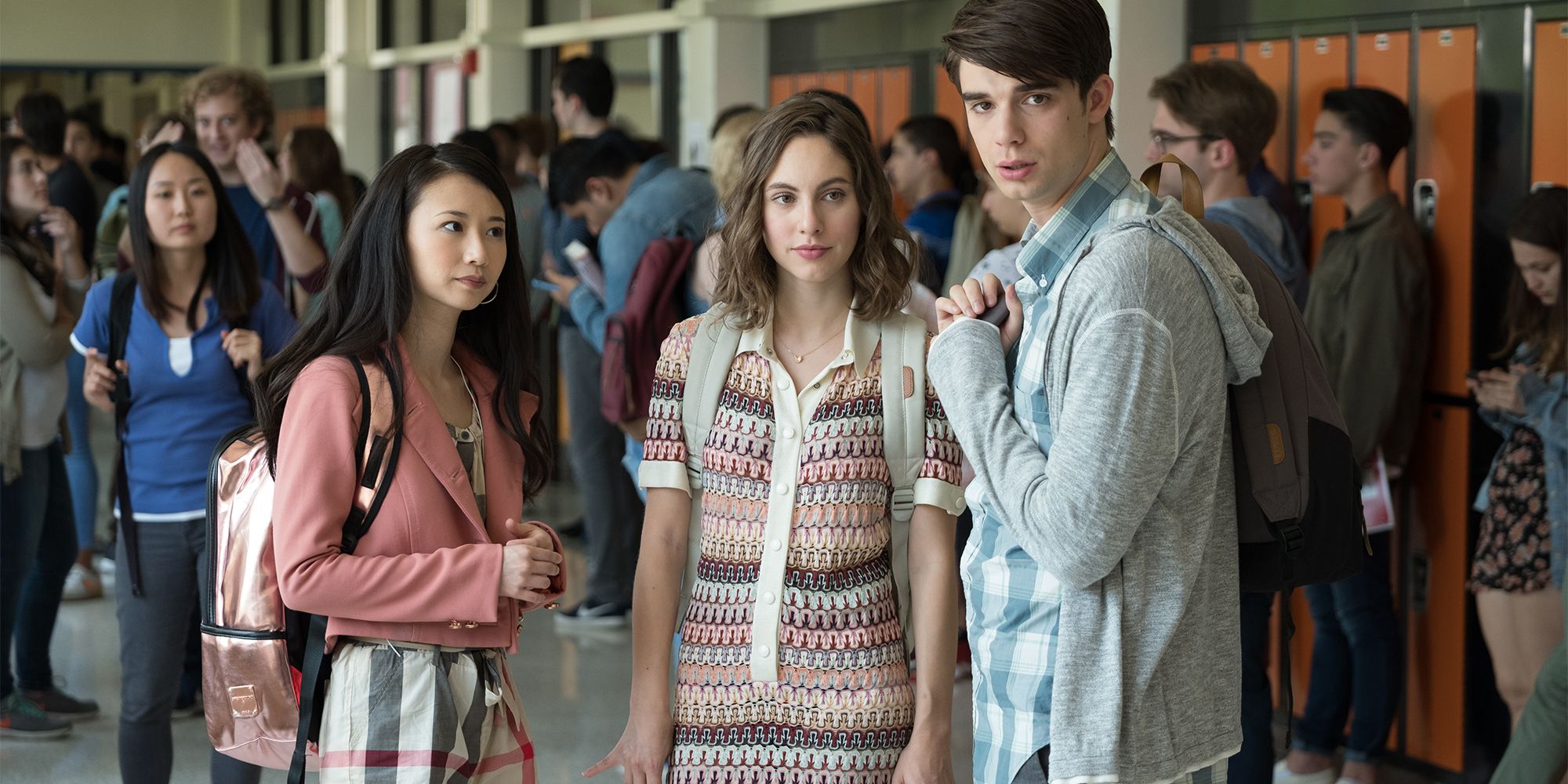 Alex Strangelove (Daniel Doheny) assumed he was straight, and that sex with his high school girlfriend was inevitable—until one flirtatious encounter with another boy makes him consider an alternative future, and he’s forced to face the truth. –AJ 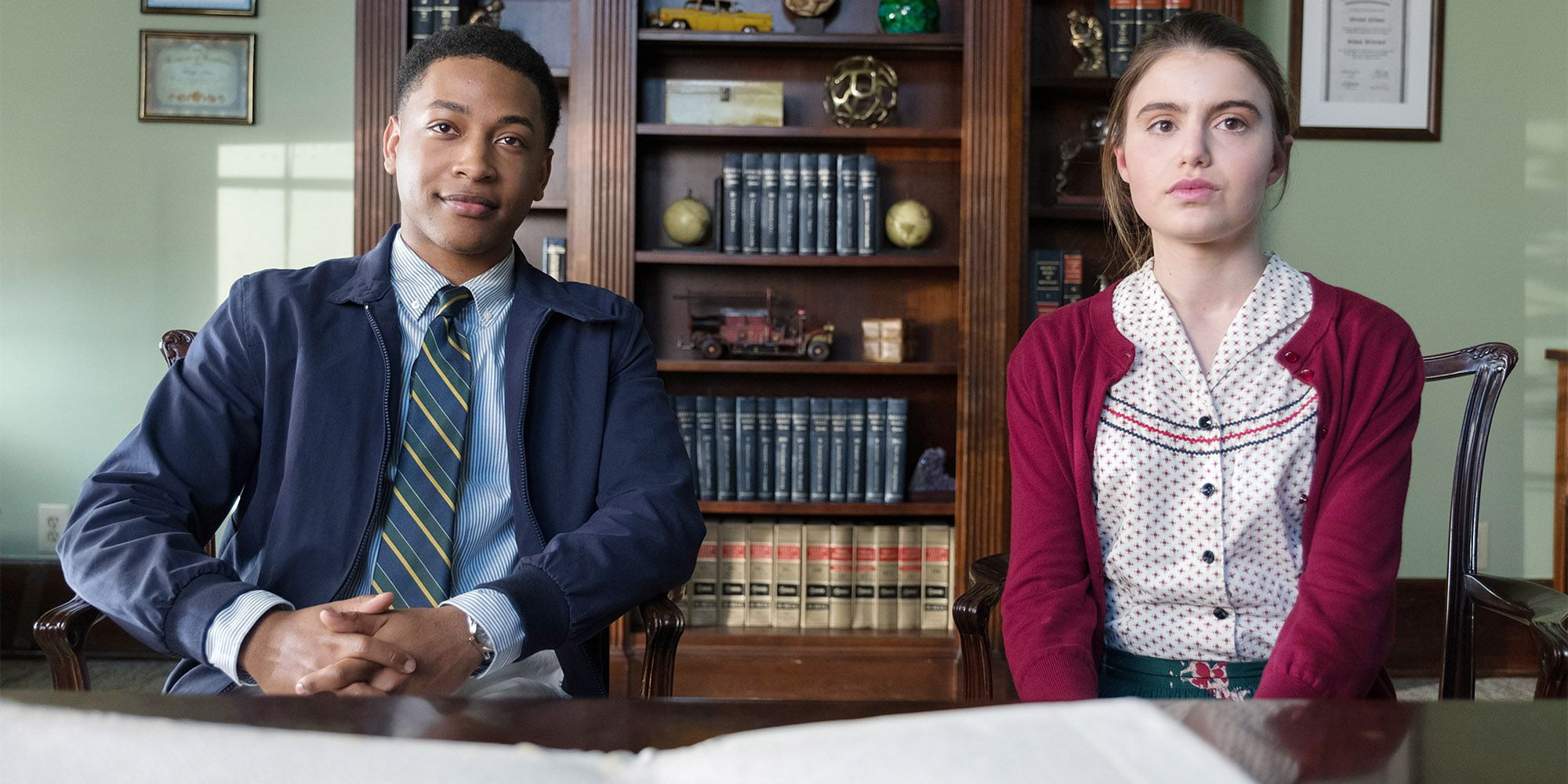 Lona (Sami Gayle), an introverted academic raised by a single, working-class mom is forced to co-captain the debate team with her pompous and wealthy classmate, Bennett (Jacob Latimore). In working together, the two high schoolers learn that winning arguments isn’t all they have in common. –AJ 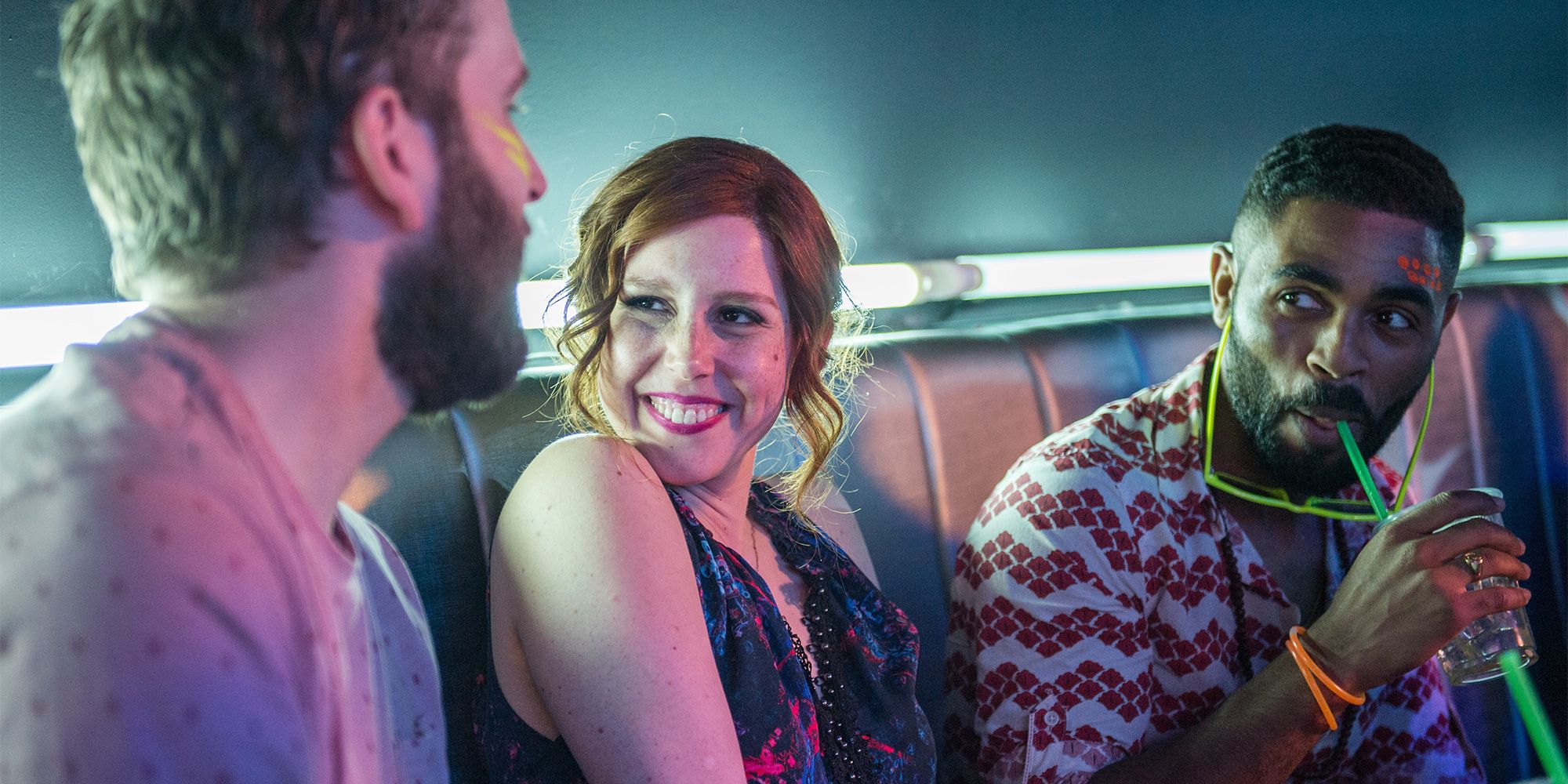 It’s the rom-com version of The Hangover—minus the Mike Tyson face tattoo. Ibiza follows Harper (Gillian Jacobson), a young business woman sent to Spain to close an important international deal. But Harper’s trip is derailed when her two best friends tag along and they embark on an impromptu trip leading to a night of sex, drugs, and falling in love. –AJ 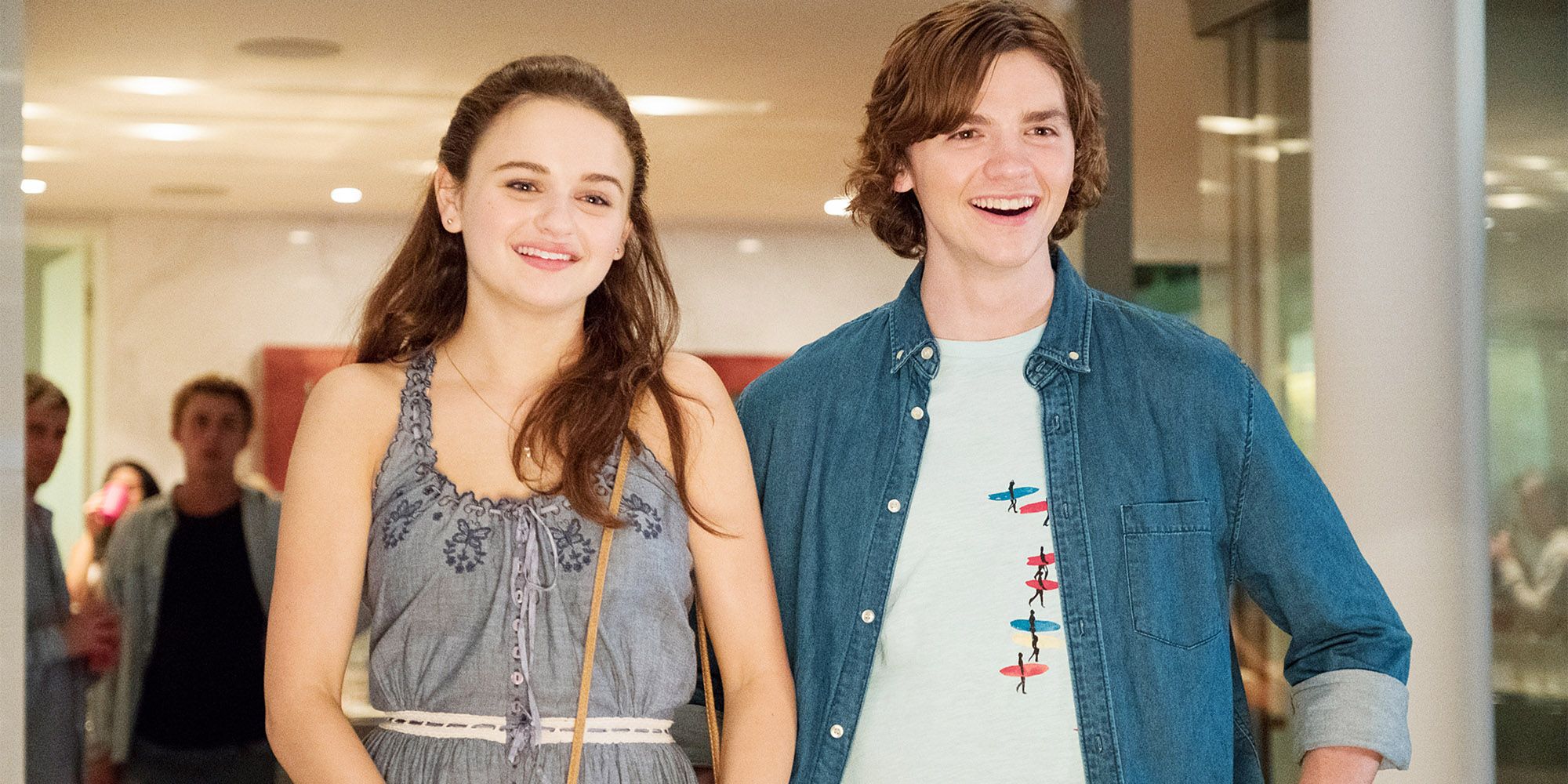 Shelly Evans (Joey King) and Lee Flynn (Joel Courtney) are the type of friends who could finish each other sentences, taking BFF to an annoyingly unattainable level—choreographed dance routines and all. That is, until Shelly falls in love with Lee’s older brother, and their friendship is forever changed. –AJ 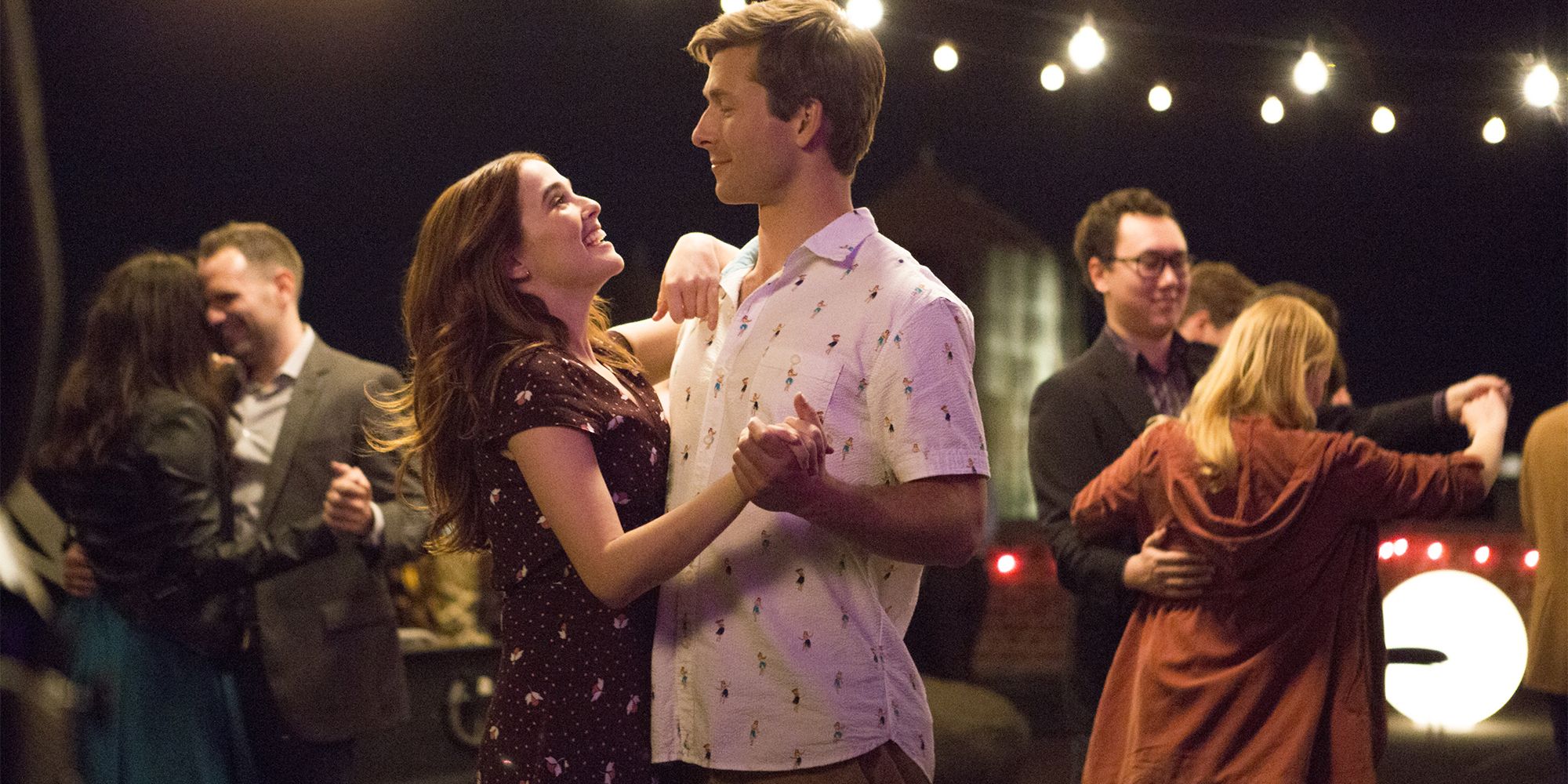 Harper (Zoey Deutch) and Charlie (Glen Powell) are eager to play cupid for their overly-demanding bosses. But after several missed shots, it’s Harper and Charlie who’ve been hit by love arrow. –AJ 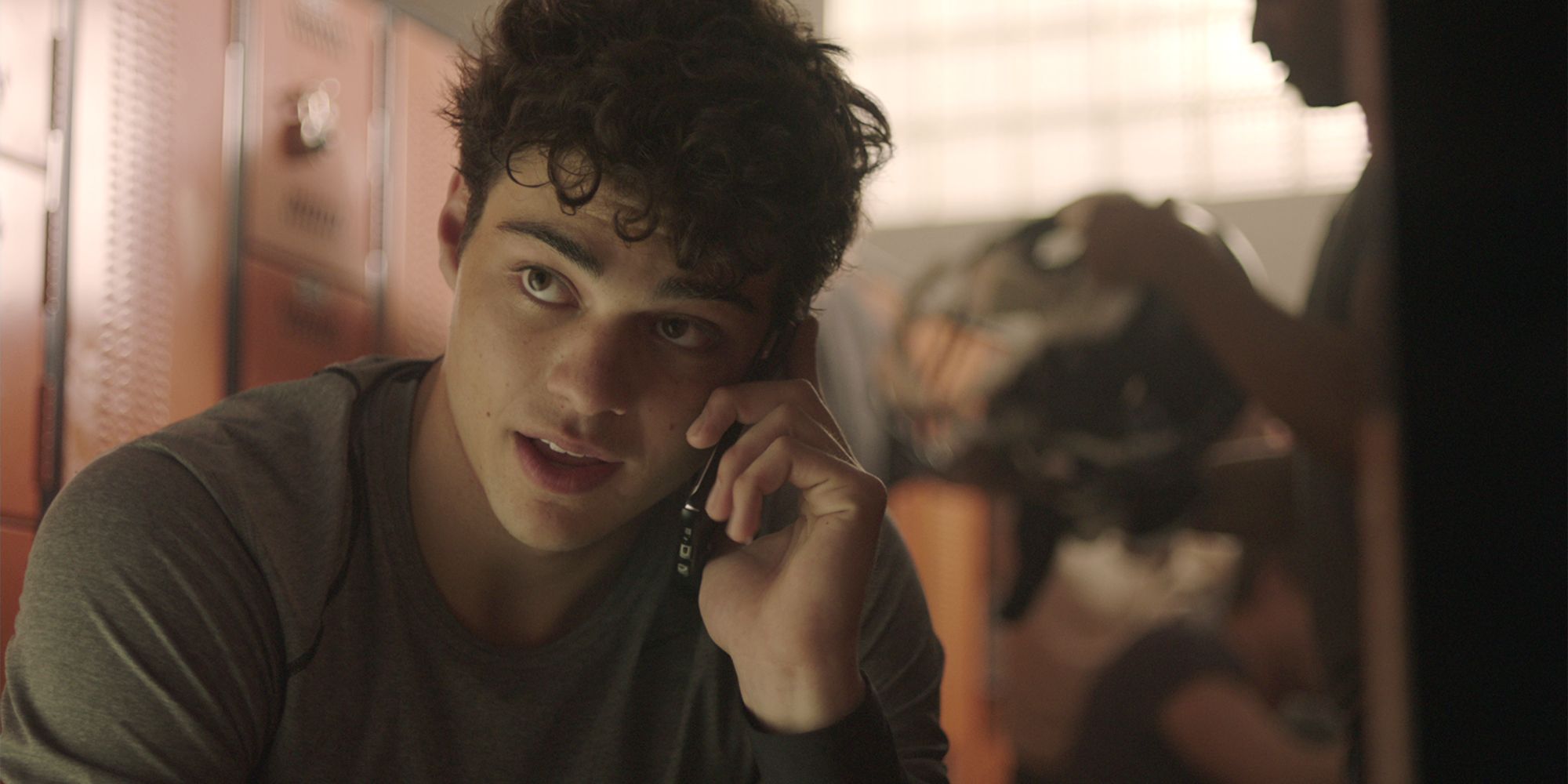 And the swooning continues. Noah Centineo is back at it again, this time as love interest to Sierra Burgess, a timid high schooler who pretends to be someone else when the most popular guy in school mistakes her for his crush over a series of traded text messages. –AJ 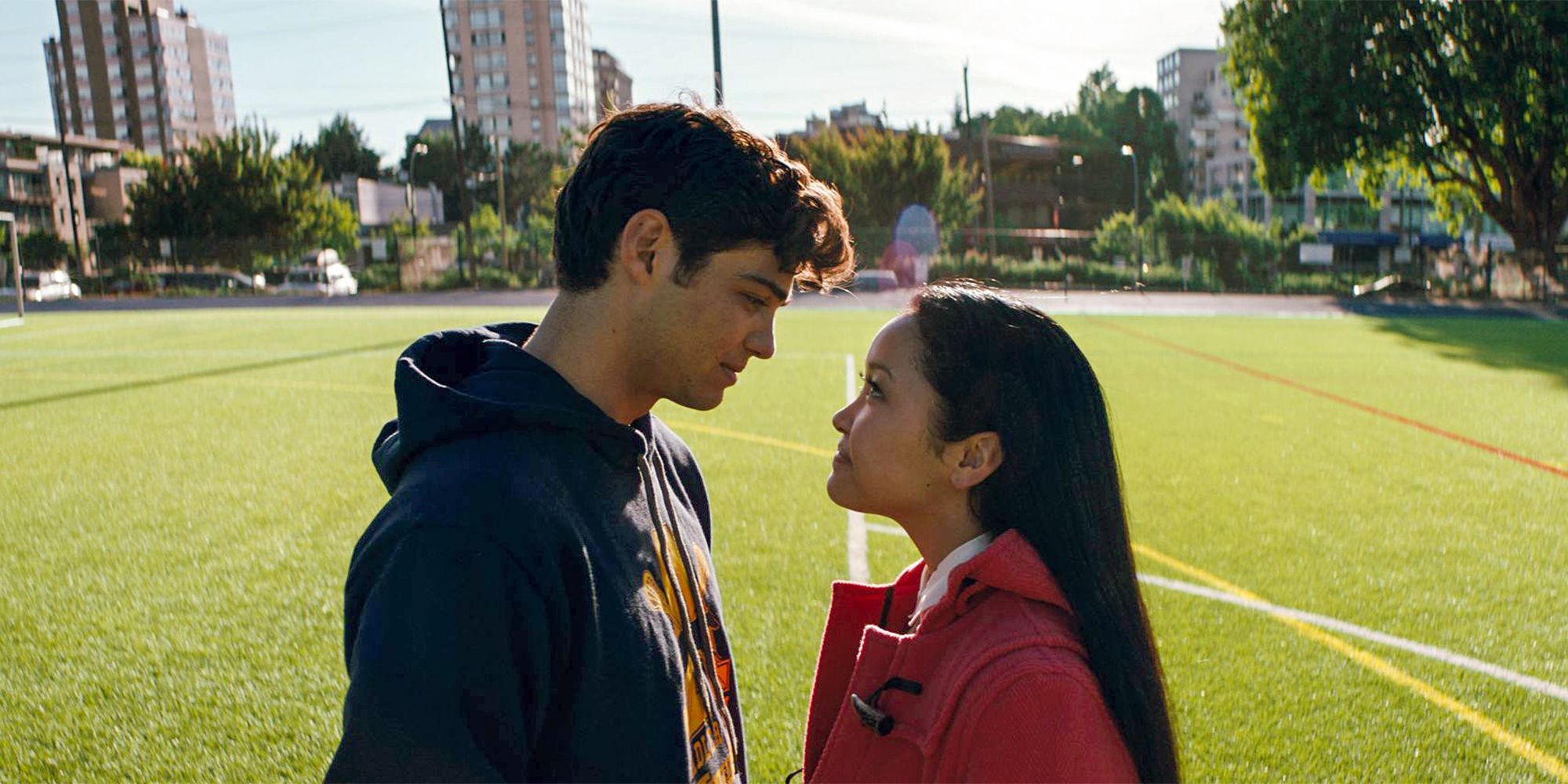 Secret love letters and a mischievous little sister … What could possibly go wrong? In the case of Laura Jean Covey (Lana Candor)—everything. Especially if the most popular guy in school, Peter Kavinsky (Noah Centineo), is one of the recipients. –AJ 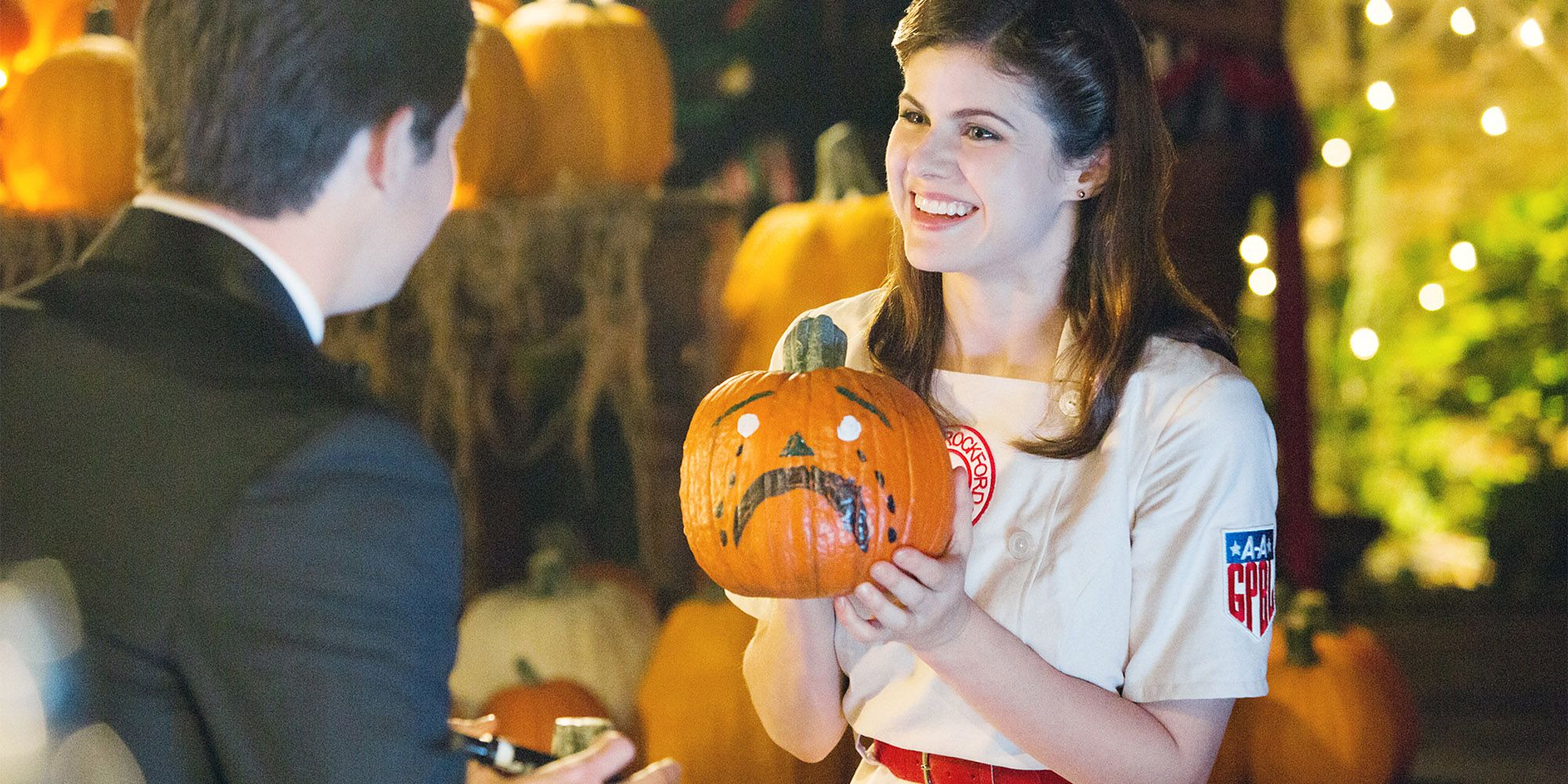 The friend zone is like your favorite pair of skinny jeans—comfortable when you’re in them, but way too hard to get out of. So when Noah (Adam Devine) gets the chance to turn back time to the moment he was friend-zoned by his good friend Avery (Alexandra Daddario), he jumps on it. But he eventually realizes she was never his to have. –AJ

May 30, 2020, Comments Off on Chris Brown Debuts New Tattoo For Son Aeko, 6 Mos, After He Celebrates Daughter Royalty’s Birthday
We and our partners use cookies on this site to improve our service, perform analytics, personalize advertising, measure advertising performance, and remember website preferences.Ok