NCIS: Torres reunites with his father in ‘Sangre’ teaser

Nick Torres (played by Wilmer Valderrama) isn’t exactly known among his NCIS colleagues for being the most open about his personal life away from the office. However, in season 18, episode 12, Sangre, the likes of McGee (Sean Murray) and Bishop (Emily Wickersham) are about to learn a lot more about their friend’s life than they could ever have anticipated as his father Miguel (Steven Bauer) returns to his life for the first time since he was a child.

However, CBS has released a handful of first-look promos from Sangre and it looks like Miguel is going to make quite the entrance.

Miguel enters the fray after Kasie (Diona Reasonover) confirms DNA matching the same profile as Torres’ has been found at the scene of a stabbing.

However, Torres is completely dumbfounded by the discovery, telling Kasie it could be his cousins but is certain it can’t be his father because he’s under the impression he’d died.

“I have black sheep in the family, I mean who doesn’t?” Torres says in a first-look at the new episode. “But a murderer?” 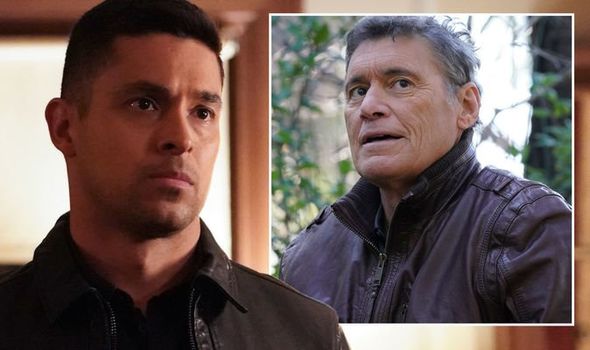 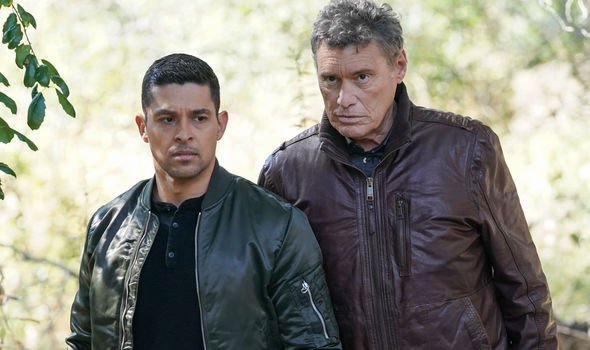 “Could the hair belong to your father?” Kasie asks, prompting Torres to quickly reply: “No, the last I heard he was dead. He was a deadbeat, he walked out on me when I was five.”

But it looks like Torres could not be more wrong about his father’s whereabouts when he and McGee track down a suspect linked to the stabbing.

In a first-look preview, McGee approaches a man wearing a baseball cap and face-covering: “Excuse me.”

But it’s clear the man wants nothing to do with McGee and runs inside a nearby building to try and escape. 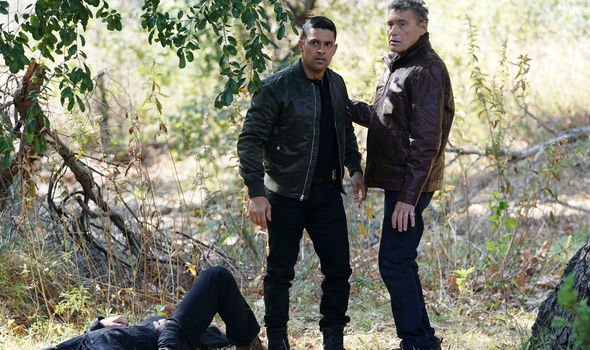 Of course, McGee follows but is quickly caught out when the man lashes out and attacks him.

McGee puts up a fight, landing a few body blows on the unidentified man.

But just as the tussle looks like it’s getting out of hand, Torres arrives with his pistol.

“NCIS, freeze!” Torres shouts as he splits up the brawl between McGee and the suspect.

And it’s at this point the man removes his face covering after recognising Torres – who cannot mask his bewilderment.

“Nicolito,” Miguel says as he stares his estranged son in the face for the first time in decades.

Trying to make sense of the situation, McGee shoots a number of darting looks back and forth between the two.

Miguel, on the other hand, begins to look pleased to see his son as a grin falls on his face – but Torres has the opposite reaction.

But before fans get to see Torres’ full reaction to meeting his father again, the promo cuts off, setting up a tantalising new episode.

Fans will have to wait until Tuesday to see how their reunion will unfold but it’s highly unlikely Torres will be pleased to see his father.

After all, having branded him a “deadbeat” to Kasie and clearly bearing some resentment for him walking out, will Miguel be able to win his son round?

Or could Torres even discover his father has become involved in a murder and have to put the handcuffs on him?

NCIS season 18 continues Tuesday on CBS in the USA.