Naga, 45, was on hand to present the first-weekend instalment of BBC Breakfast alongside Charlie, 58, and the pair spoke about a number of headlines. One such topic of interest the former noticed in a newspaper was how astronauts were using teabags to stop a water leak in their space station whilst orbiting the Earth. However, she then asked BBC weather presenter Ben Rich how he was going to segway into the forecast following the discussion she had just had with her co-host, but she ended up interrupting Charlie in the process.

The moment came after Naga asked Charlie why he was so surprised astronauts had teabags in space to which she then admitted tea leaves would be a “real pain”.

Instead of teabags, her co-host surmised the cosmonauts would have had instant tea on hand before she offered her opinion on the latter option.

“It was horrible stuff,” the broadcaster declared before Charlie tried to hand over the reins to forecaster Ben.

“Lots of people would like to get outdoors and feel autumnal,” he said to his colleague on the screen, but Naga quickly interrupted.

“No, I was just going to say how are you going to segway from teabags in space to the weather. I thought you would appreciate that much more than Charlie’s intro.” 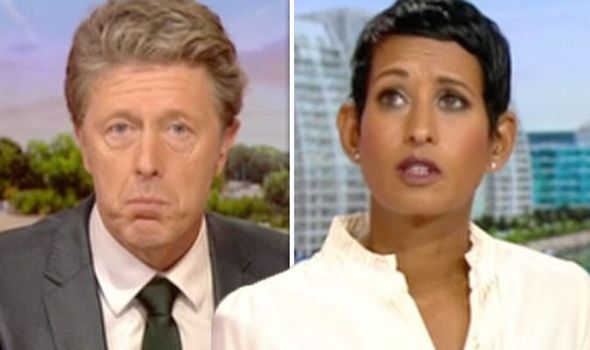 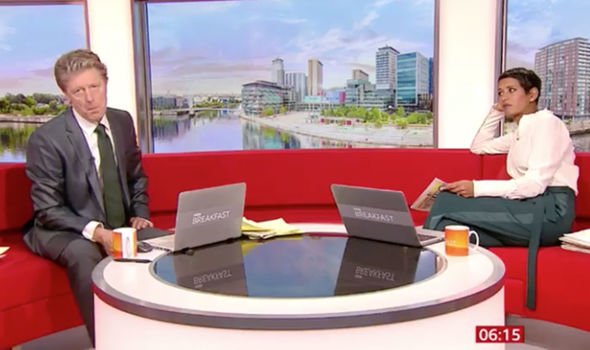 Ben then replied as he snubbed Naga’s suggestion: “I wasn’t even going to try but I’ll go with Charlie’s question if that’s alright.”

However, the interruption was accidental and the broadcaster has previously spoken out about her working relationship with Charlie.

Earlier this year, one viewer of the show believed there was tension between the pair, although they are known for often make jibes at one another.

Addressing the fan’s concern, Naga took to Twitter to clarify she and her co-host are only going around and there is no feud between them. 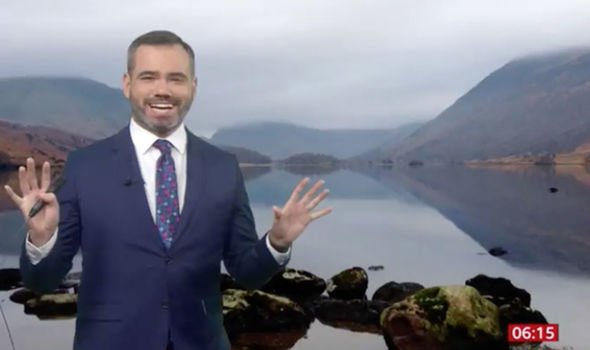 No chance of falling out

Naga wrote on the social media platform: “Ha – no chance of falling out – I won’t allow it. But we will always tease each other.”

After the comical snub, weather presenter Ben then gave a detailed forecast, explaining to viewers it was going to be largely dry but very cloudy as the cold temperatures creep in.

By 4pm on Saturday, the meteorologist detailed how highs of 13 degrees celsius would be felt in the South, with the highest temperature of 14 degrees celsius set to be recorded in Hull.

Further North and heading into Scotland, the mercury levels will be lower as single figures are likely to be recorded in places such as Aberdeen.

Over the course of the evening, Ben explained cloud will come in from the North, with localised showers likely.

The South, he said, would avoid any wet spells and as Sunday dawns, temperatures will be in single figures up and down the country.

As the weekend concludes, the weather presenter detailed how heavy cloud coverage will continue, bringing with it some patchy rain.

In terms of the strength of wind, the meteorologist explained they will be light in large parts of the UK, although very cold.

However, the city of Cardiff is likely to see the highest temperatures recorded as mercury levels are likely to hit 14 degrees celsius.

The South could see highs of 15 degrees celsius as Scotland struggles to reach double figures by Sunday afternoon.

With low pressure moving in from the South-West, next week’s forecast looks unsettled, with more rain on the horizon.

Temperatures will be higher on Monday as the strength of the wind starts to pick up, with double figures and the low to mid-teens seen across most of the UK.