Keeping Up with the Kardashians has been on for a long time. It’s been so long that Mason Disick, Kourtney Kardashian’s son, was born on the show and is now 10.

He’s the same age as Kylie Jenner was when the show first started. That’s means he’s lived his whole life being filmed for reality TV.

Not many shows last that long, especially not reality shows like Keeping Up with the Kardashians. Other long-running reality series are usually competition based shows. That means that the characters change every season, and things stay fresh for fans. That’s not the case with KUWTK. The show is story-based, and the characters, the KarJens themselves, stay the same season after season.

Even though the show’s format and characters haven’t changed during its 18 season run, some fans think the show is really different from it was before.

The Kardashians have changed a lot 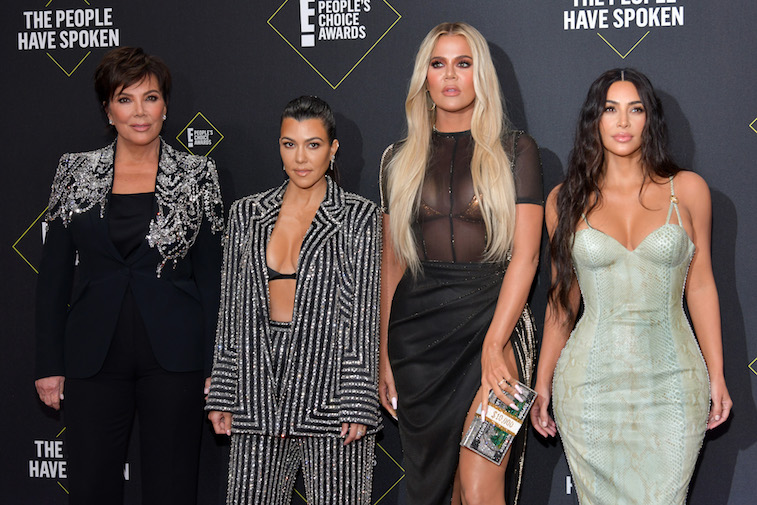 RELATED: Fans Think the Kardashians Should Be Nicer to Kourtney for Carrying ‘KUWTK’ Over the Years

Fans on Reddit recently discussed how different the new KUWTK episodes are from the old ones, and not in a good way. Fans feel that the newer episodes aren’t as good. It’s not just the show that’s changed. The sisters themselves have changed, inside and out.

A lot of people have noticed that Khloe Kardashian went through a transformation a few years ago. Fans hate how plastic she looks now. But it’s not just her looks. Fans think she’s developed a new fake personality to match her new face. She’s become a “mean girl” according to fans, and they don’t like it.

Kim has also changed a lot. Since she married Kanye, she seems to have adopted more of his personality traits. One fan says she “became a megalomaniac under the influence of Kanye.”

The various changes to the Kardashians themselves aren’t fans main complaint with the show these days, however.

Fans feel ‘Keeping Up with the Kardashians’ is getting more scripted

All reality shows are scripted to some extent. Watch the credits at the end of any reality TV series, there will likely be credits for various writers. That’s because even though the show real, it still needs some sort of story line to keep things interesting.

There have always been obviously scripted moments in the show. Even in the very first season, fans knew some of the moments were fake. For example, Khloe was supposedly arrested for a DUI on camera. The incident actually happened months before the show was picked up for production, and the on-screen arrest was a ‘reenactment.’

Now, though, fans think the scripting is too much. The new stories are also very cringey. A recent episode where Kris talks about her sex life with Corey Gamble had fans ready to turn off the TV. Some fans prefer to watch clips the show on Instagram now, or to have it on as background while they do other things. But a lot of fans have started giving up on the new episodes, and are rewatching old ones instead.

Even the sisterly bond the Kardashians had is gone

The Queens of #NationalSiblingsDay have arrived 👑

RELATED: ‘KUWTK’: Fans Are Going to Like Tristan Thompson so Much More Now, Producer Claims

KUWTK has long outlasted similar shows, but the reason fans watched it in the first place is fading fast. A lot of fans watched to see a close family interact, and they identified with the sisterly bond between the KarJen girls. But even that seems to have changed.

Fans have seen some ugly sides of the KarJen sisters in recent years, particularly Kim and Khloé. When they saw them bully their sister Kourtney, it destroyed any ideas that the Kardashian Jenner sisters are close.

And fans are still mentioning the Jordyn Woods/Tristan Thompson scandal. Even though it was a few years ago now, fans cannot get over how Khloe and Kim reacted. It’s really turned some off to the show. As one fan pointed out, the reaction proved that Kim and Khloe don’t respect other women, especially women they see as ‘less than.’