Sarah Burgess tells TheWrap she ”did not feel, as a writer, ever like I was being told to remove certain things for her“ 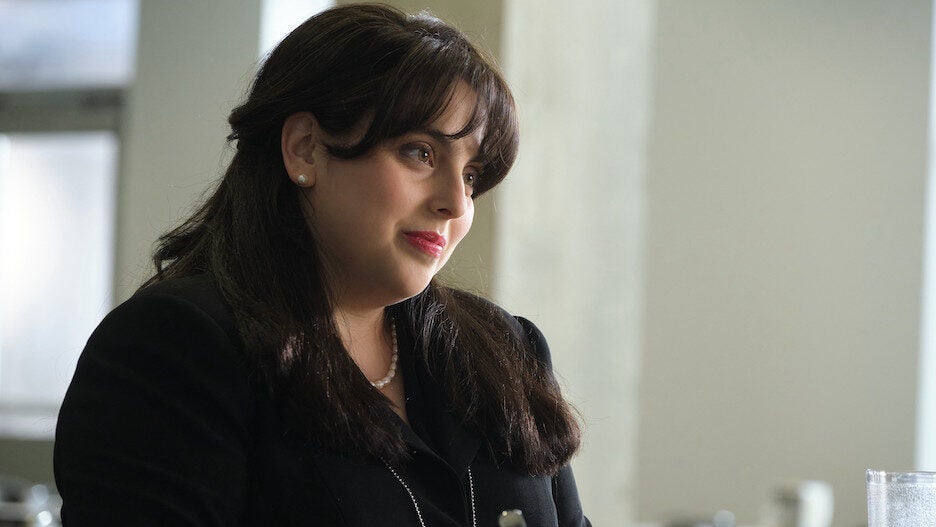 Ryan Murphy’s “Impeachment: American Crime Story” premieres Tuesday on FX, revealing a different side of the Monica Lewinsky-Bill Clinton scandal than the public has ever seen before. Namely, the series offers the perspectives of the women central to the historical incident: Monica Lewinksy (played by Beanie Feldstein), Linda Tripp (Sarah Paulson) and Paula Jones (Annaleigh Ashford).

Part of the reason the show — which is the third installment in Murphy’s “American Crime Story” franchise — is able to explore this angle so fully is because Lewinsky herself was a producer on “Impeachment” and worked very closely with the season’s writer, Sarah Burgess, on making sure everything in the script was accurate. That meant giving many, many notes about her personal experiences and, according to Burgess, requesting no cuts.

“I had written three scripts when I met her,” Burgess told TheWrap. “So the process did allow me, as a writer, to write from that character in the first place and sort of focus on the storytelling of it and then bring it to her. Thenthose three, and all the later scripts as well, she would read and go through page by page. It was really interesting, some scenes she would have a lot of thoughts on — of course, focusing the most on scenes where Monica Lewinsky is involved in the scene. And some scenes there were no notes.”

So what kind of notes did Lewinsky give Burgess about the scenes where Feldstein is playing her, including those in which she is spending time with her lover President Bill Clinton (played by Clive Owen)? And what about the ones where Feldstein’s Lewinsky is revealing the intimate details of that affair and her early life to her friend Linda Tripp, who was secretly recording their calls?

“Thinking through it, it’s everything, right? It’s things from little details that either she can make more precise or specific, like a line of dialogue,” Burgess said. “I remember there’s a moment where she talked about a nickname she had in school, and I had written it that she got the nickname at a certain point in school, and she was like, ‘Well, it was at a different point in school.’ So there was a lot of that stuff that I, as a hyper-obsessive individual, really enjoyed getting nailed down.”

In an interview with The Hollywood Reporter, Burgess said she had initially omitted a scene where Lewinsky flashed a glimpse of her thong at Clinton in the White House — not because Lewinsky asked her to cut it, but because she didn’t want to be “retraumatizing Monica” with the infamous scene featured in Kenneth Starr’s report. However, Lewinsky asked Burgess to include the moment so as not to be unfair and “get a pass because I’m a producer.”

Burgess told TheWrap there were other instances in the script “like the thong thing” that she added in or expanded on because Lewinsky offered up more details.

“There’s a really significant monologue that Beanie has as Monica about something very complicated and challenging that happened in Monica’s life. Ryan suggested that Monica and I meet about it privately, and Monica basically had me add more complicating detail,” Burgess said. “I don’t want to give away too much what it is, but she sensed in the writing of the monologue in the first draft that it was a little bit simplistic in a way that made her character seem — basically, sort of removed complicating information about choices that she made and choices that other people made. She wanted it to be richer and also more accurate and also tell the fuller story, however that made her look. So that was actually a really meaningful and great moment for me. I think it made the monologue better and made the scene better. And I mean, up until writing the finale very recently, she had notes about correcting details and things like that.”

As for removing things from the script, Burgess said that was never something Lewinsky approached her — or producers Murphy, Nina Jacobson and Brad Simpson — about.

“Because of the process and the way we did it and how we all sort of worked together on it, of course at times it was complicated and emotional and intense,” Burgess said. “And every writer always gears themselves up for getting notes. But I did not feel, as a writer, ever like I was being told to remove certain things for her. I was always writing from so many dozens and dozens of books, FBI files, all these things.”

She continued: “The thing about Monica’s life is all these things are out there. So I was always writing from that and also with an eye toward this is a full and complicated human being and not wanting to fall into the trap of oversimplifying the character and also wanting to be fair to her. I never felt like something was being bowdlerized because she was a producer or anything like that. She was really, really great about that.”