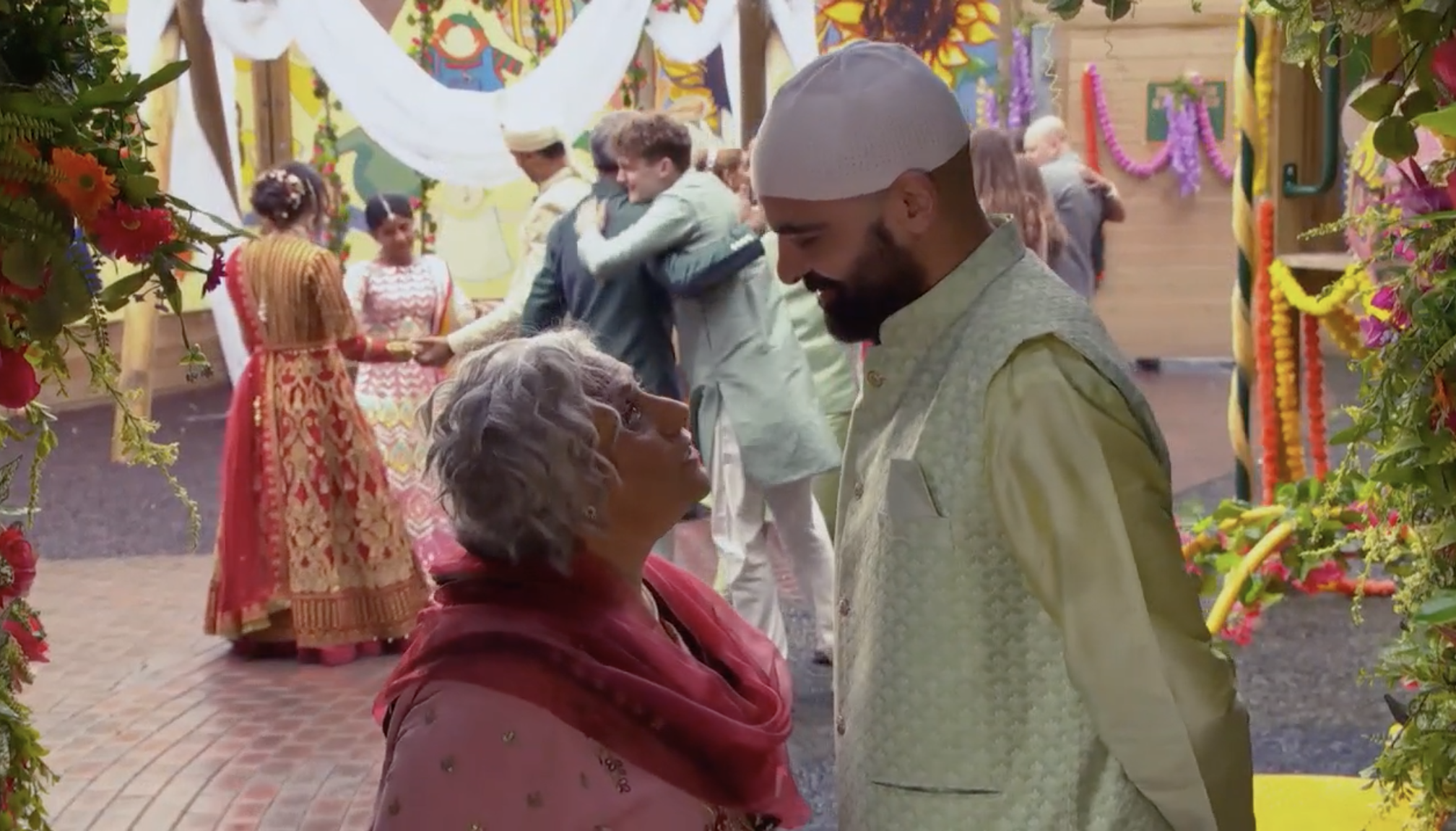 Nadira and Shaq put a stop to their wedding in emotional scenes earlier this week, knowing that their hearts belonged to others.

Juliet Nightingale (Niamh Blackshaw) then outed Nadira in front of her family, revealing that they’d been having an affair behind Shaq’s back.

The fallout of the revelation sent shockwaves through the wedding party, with Nadira attempting to do some damage control, claiming that Juliet was lying.

Shaq, seeing how much Nadira was struggling, came to her defence, telling the family and friends that it’s his fault the wedding has been cancelled, as he’s in love with someone else.

Juliet’s nan was quick to blame Shaq, but Misbah swooped in to defend her son – much to Zain’s admiration.

Subsequent scenes saw Zain tell Misbah just how special she is, before popping the question in a truly emotional moment.

Misbah was unsure about saying yes at first, but Yazz (Haiesha Mistry) and Shaq both encouraged her to seize the moment, reminding her that she too deserves happiness.

After giving it some thought, Misbah said yes.

With Shaq and Nadira’s service called off, Zain and Misbah were therefore able to tie the knot on the day in question, refusing to let a good wedding go to waste!

There was joy aplenty, as the newlyweds enjoyed a dance in the park with their nearest and dearest, and no we’re not crying, we swear.

Hollyoaks continues Thursday August 25 at 7pm on E4, or stream the next episode from midnight on All4.