MEL Giedroyc and Sue Perkins return to our screens as contract killers in the second series of their Sky Original offbeat sitcom Hitmen.

Teaming their trademark goofiness with the acrobatic gunplay of Reservoir Dogs, Hitmen: Reloaded sees the duo expanding their murderous enterprise thanks to a mysterious new client. 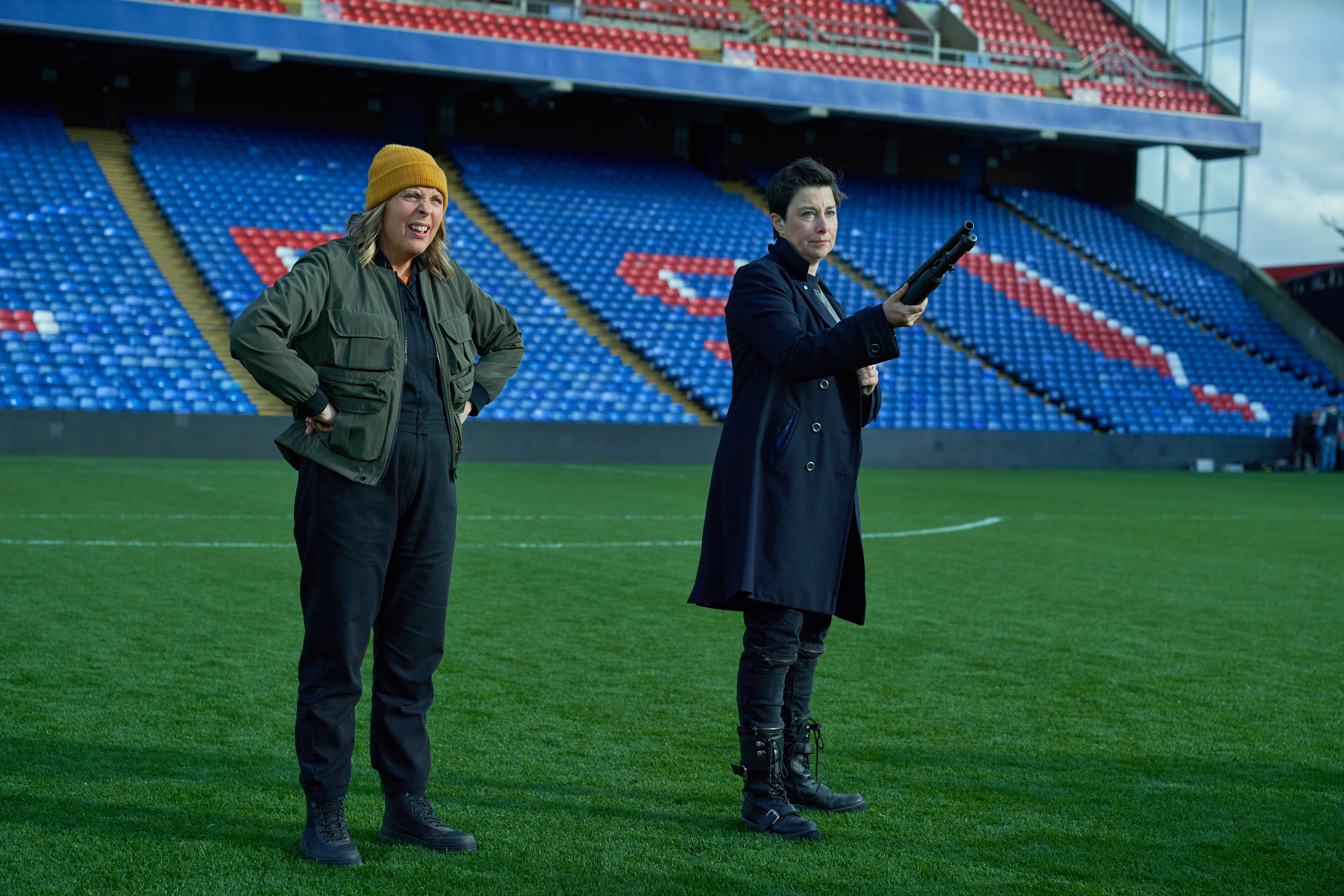 And that’s not the only thing that’s new and improved. As well as a series of brilliant cameos – including Sanjeev Bhaskar as a rival liquidator; Nina Wadia as a gobby people trafficker; and Alan Asaad as a teenager working in an ice cream parlour while moonlighting as a private investigator – a third regular character has been added: Kat, played by Katherine Parkinson.

This old school acquaintance of the pair turned Gwynnie-like lifestyle guru has a bit of a love thing for Jamie (Mel) and a hate thing for Fran (Sue), and so she installs a temporarily homeless Jamie in her huge mansion, while trying – and largely succeeding – to edge Fran out. This goes down badly with the latter, even if the former barely notices.

Whether they’re bumping off a drug dealer dressed as a football mascot, painting the walls with a bunch of Moldovan gangsters or throwing some shapes at a 32-year school reunion disco, Mel and Sue keep the laughs coming.

Co-scripted by the show’s creators Joe Markham and Joe Parham, Hitmen: Reloaded is a treasure trove of smart set-ups, killer zingers and self-deprecatory humour (“We’ve come a long way from those two girls who left that place with just an A level and three STDs between them”). And Mel and Sue are so comfortable with their characters, it’s easy to imagine that they wrote them themselves.

The six-part Sky Comedy series has really hit its stride with this second season while looking like it has staying power. Can Mel and Sue envisage a Hitmen three, four and five?

“It has legs, yes,” says Sue. “But we won’t have them for much longer, not without them being heavily varicose.” 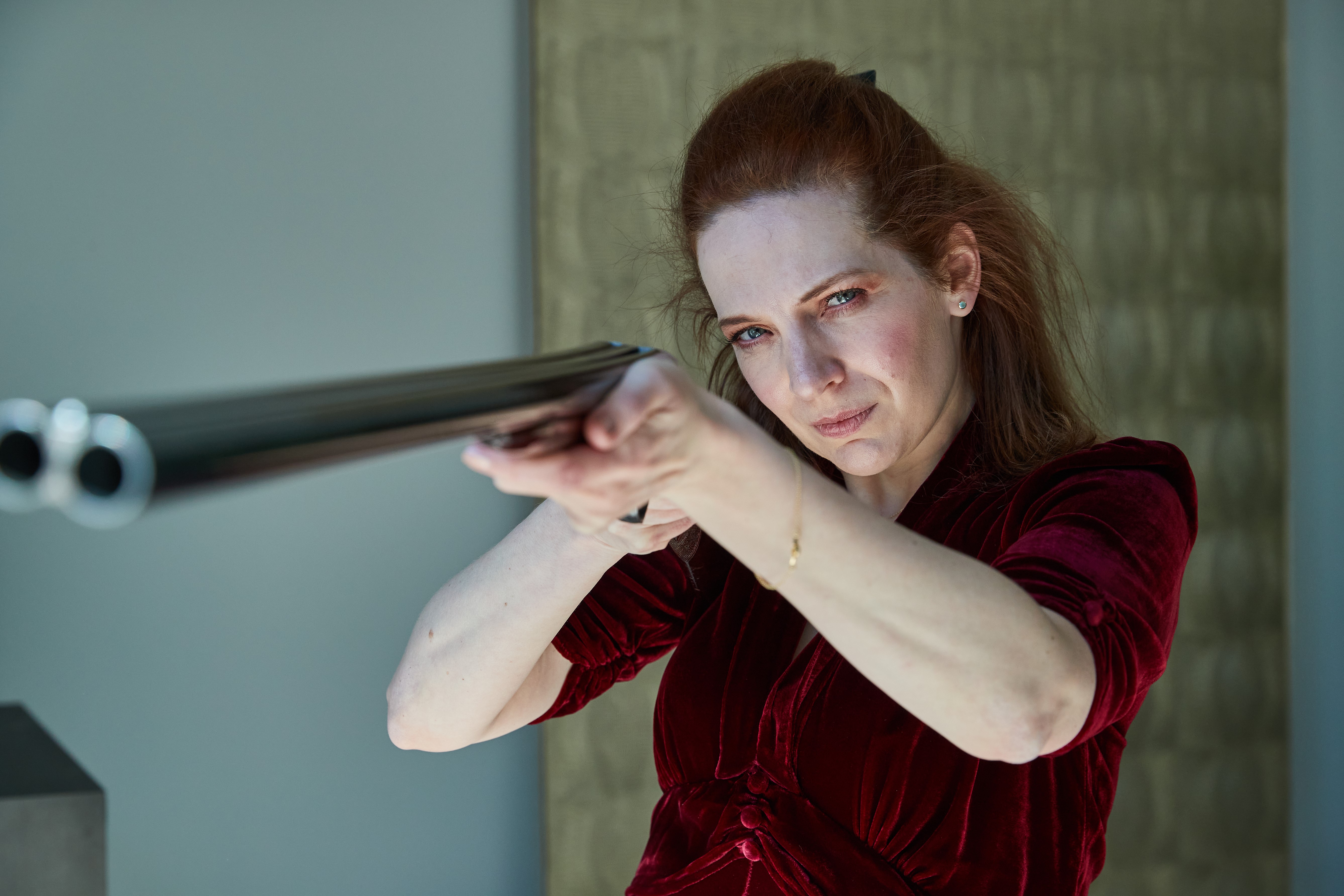 “It will become a really violent version of Midsomer Murders or Rosemary & Thyme,” says Sue. “Elderly people, but with Uzis.”

Did their friendship come in handy given some of the things they had to do for the show?

“Ah yes,” grins Mel, “the two of us, snuggled up, in a six foot by three foot coffin. We started to lose oxygen and hysteria kicked in.”

“It didn’t help that Mel had the cauliflower option for lunch,” winces Sue. “It added a real sense of danger to the incarceration.”

THEIR CHEMISTRY IS UNDIMMED AFTER NEARLY 30 YEARS

"I love it. An absolute hoot. The girls’ chemistry after nearly 30 years together is undimmed, and I love that in the first episode they go to a school reunion. Mel and Sue inhabit their characters so effortlessly. The show has some great stories and real warmth."

IMAGINE IF QUENTIN TARANTINO DECIDED TO MAKE A SITCOM

"Hitmen: Reloaded is drop-dead funny. The victims drop dead and the killers provide the funny. It is as action-packed as The Matrix, but hilarious too. “Who sent you,” asks a gangster. “Deliveroo,” wisecracks Jamie. Imagine if Quentin Tarantino made British sitcoms."

MEL AND SUE HOLD THEIR OWN WITH BOND AND WICK

"On paper, a bulletfest starring Mel and Sue sounds like a thing I’d avoid – and as an action film fan, I tend to be very particular about the choreography – but after seeing the pair at work, I have to say they more than hold their own with John Wick and James Bond!"

WHAT’S MORE IMPORTANT? A CAR CHASE OR A SOFA DELIVERY?

"It hits a whole new level of joyously silly storylines. If Fran and Jamie need to arrange a sofa delivery or resolve an argument, they won’t wait until they’ve finished the car chase or shootout. The scene where it’s revealed Fran had to spy on Jamie, and Jamie wants to know if she was being watched on the toilet, is brilliant."