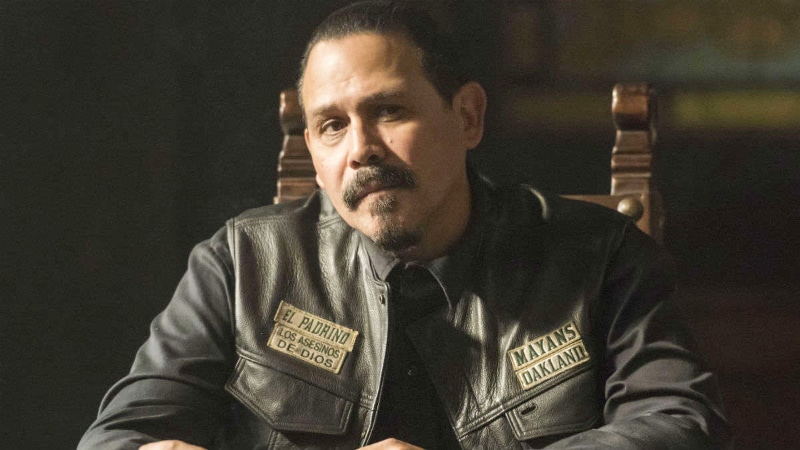 Super Bowl 2019 LIII is mere hours away with a highly anticipated showdown between the New England Patriots and the Los Angeles Rams.
The cast of Mayans M.C. has gathered together for Super Bowl Sunday following their promotional rounds for the series premiere in the UK.

The United Kingdom was eagerly awaiting the series premiere for months as a network had yet to pick up the series until recently. BBC Two aired the Season 1 premiere episode “Perro/Oc” on February 2, 2019.

Showing gratitude for their UK fans, the cast took to social media to engage in real time just as they had done for their US fans during the premiere in September 2018.

Taking a break from promoting the show across ond, the Mayans M.C. cast members are making time to share their passion for American football as a family.

Hanging out at the GQ Super Bowl party with my brother @claytoncardenas Thank you @gq for having us! #mayansmc #soa #sonsofanarchy #superbowlparty #gq

Their closeness is a credit to series casting director Wendy O’Brian and co-creators Kurt Sutter and Elgin James for bringing together a cast who maintain strong bonds off screen.

It is not just the Reyes family actors who are sharing the festivities. Emilio Rivera (Marcus Alvarez), Carla Baratta (Adelita) and series co-creator Elgin James are also shown spending quality time with their cast mates to celebrate Super Bowl LIII.

The cast and crew of Mayans M.C. are expected to begin making preparations soon for the 2nd season of Mayans M.C. which was renewed by FX before the Season 1 finale.

Production for Mayans M.C. Season 2 is predicted to kick off this May with an on-schedule September 2019 season premiere.