Marriage or Mortgage has just arrived on Netflix and the series follows engaged couples who are looking to take the next step. They must choose between their dream wedding or perfect home, after hearing cases from wedding planners and real estate agents. At the end, the couples must reveal which of the two experts they have chosen – but who is in the cast of the show? Express.co.uk has everything you need to know.

Who is in the cast of Marriage or Mortgage?

The experts helping the couple make their decisions are Sarah Miller and Nichole Holmes.

Miller is one of the top wedding planners from Nashville, describing herself as a “hopeless romantic”.

Her services are for those who want an “impactful, unique, and one-of-a-kind event”.

Meanwhile, Holmes is a real estate agent whose passion is finding the perfect luxury home for her clients.

She is also a former beauty pageant queen who was crowned Miss Illinois back in 1995. 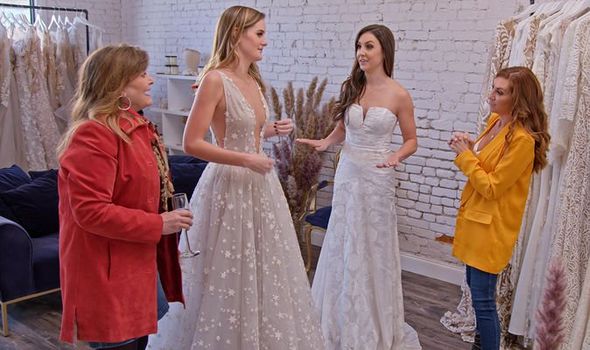 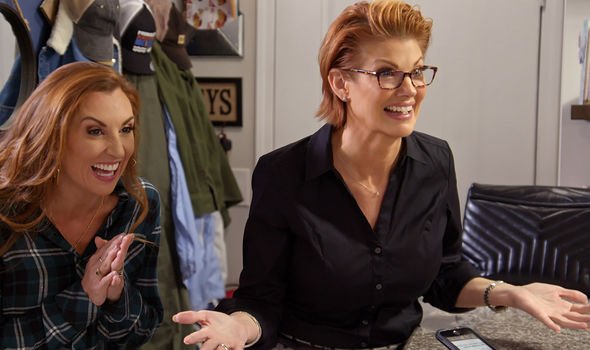 Who are the couples on Marriage or Mortgage?

The series is made up of 10 episodes and each of the instalments focuses on a new couple.

Episode one follows Nashville couple Liz and Evan, who met at a country music concert and share a passion for country gigs.

Evan said: “The night that I met Liz, we were on the dancefloor and this little 5ft3 bundle of Colombian joy comes wobbling into my life with a Muller Light in her hand.”

Liz responded: “I saw him and I just went for it”. The couple just moved to Nashville for work and they are looking to set down roots.

Nicholas is a firefighter and personal trainer and his wife is a former professional cheerleader turned recruiter.

They have been together for about five years and went through a dramatic engagement, which took place in front of thousands of fans at a sports game.

The couple are eager to have more children and they will need to choose between a big wedding or a family home. 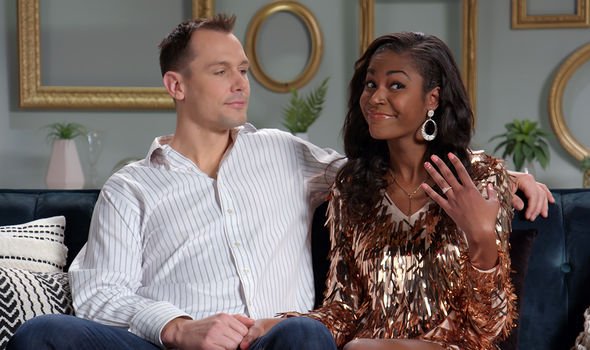 The third episode focuses on Precious and Alex, who met on their college football field.

The couple said they “balance each other out”, and have been together for nine years.

Precious said she was “beyond excited” to have a wedding, but they were also in need of a bigger home.

Alex’s mother was having to wash their clothes as they did not have a washing machine at their house.

The fourth instalment follows Cindy and Karla, who admire each other for their empathy and compassion for others.

One is leaning towards a community celebration, whereas the other is more focussed on buying a new home.

Karla is a medical imaging technician, whereas Cindy is a pastor at an LGBTQ+ church.

She said: “I want our wedding to be an event that the community attends and celebrates.” 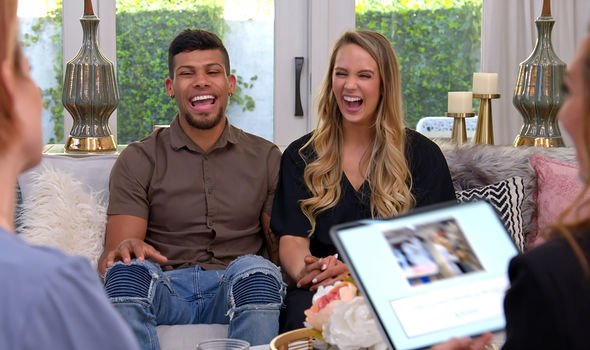 Scott and Brittany met at a party and Scott had been “getting his moves on” to impress the self-proclaimed princess.

He is in the US Army and his latest mission has been to choose between finding a forever home or a showstopping wedding before his deployment.

Scott is determined to give Brittany everything she wants, but of course, money is an obstacle.

The following episode focuses on nurses Alex and Whitney, who are split between expanding their family or throwing a grand wedding.

They said their relationship moved very quickly, but “when you know, you know”, and they had a very unique way of proposing.

The proposal took place in a glass cabin in the woods, with huge letters outside reading “marry me”.

They said they have been “out and proud” for a long time and wanted a wedding to show the world that they are in love.

Engaged couple Hayley and Andrew said their proposal was the “best of all time” and their religious beliefs have helped them grow as a couple.

They are both active members of their church and host different peer groups every week.

They had been living in Andrew’s apartment and were in need of their own space without another roommate.

The couple chose to abstain from sex until they are married, and they said it was not always easy.

Raven and Antonio have been together for eight years and they are looking for a spacious house to raise their two boys.

Raven said: “The boys are wild, we have been to the ER so many times, more than enough.”

Now as a happy couple they are ready to take the next big step, as they have not had time to look at homes and a wedding.

They are determined to incorporate their boys in everything they do, and their input will be vital.

Braxton and Emily were aged 23 and 24 when they got engaged and their friends had mixed opinions when they found out.

They are currently living separately, with their parents, and are looking to buy their first home together.

Emily would rather have a wedding, whereas Braxton said a new house would be the jump-start they need to progress in their relationship.

Emily said she has had her wedding planned since she was a young child, so there will be some compromising ahead.

The final couple is Sarah and Eli who believe a wedding is important to create a special memory in their relationship.

However, they also see the financial benefits of investing in a new home and the decision to choose between the two will be difficult.

They describe themselves as being “a little bit classy and a little bit trashy” and they love to have fun.

Sarah is a professional singer, whereas Eli is studying aviation mechanics, so they both have busy lives.

It’s no wonder they have not had the time to plan the next step in their journey.

Marriage or Mortgage is streaming on Netflix now