A recent popular listicle said that Mark Hamill “hated” the way his most popular character, Luke Skywalker, was depicted in The Force Awakens and The Last Jedi. While Hamill was only on-screen in The Force Awakens during the last few minutes of the film, his story dominated The Last Jedi. And while the role was nothing if not controversial, the truth of Hamill’s opinion is not quite what you think it is. 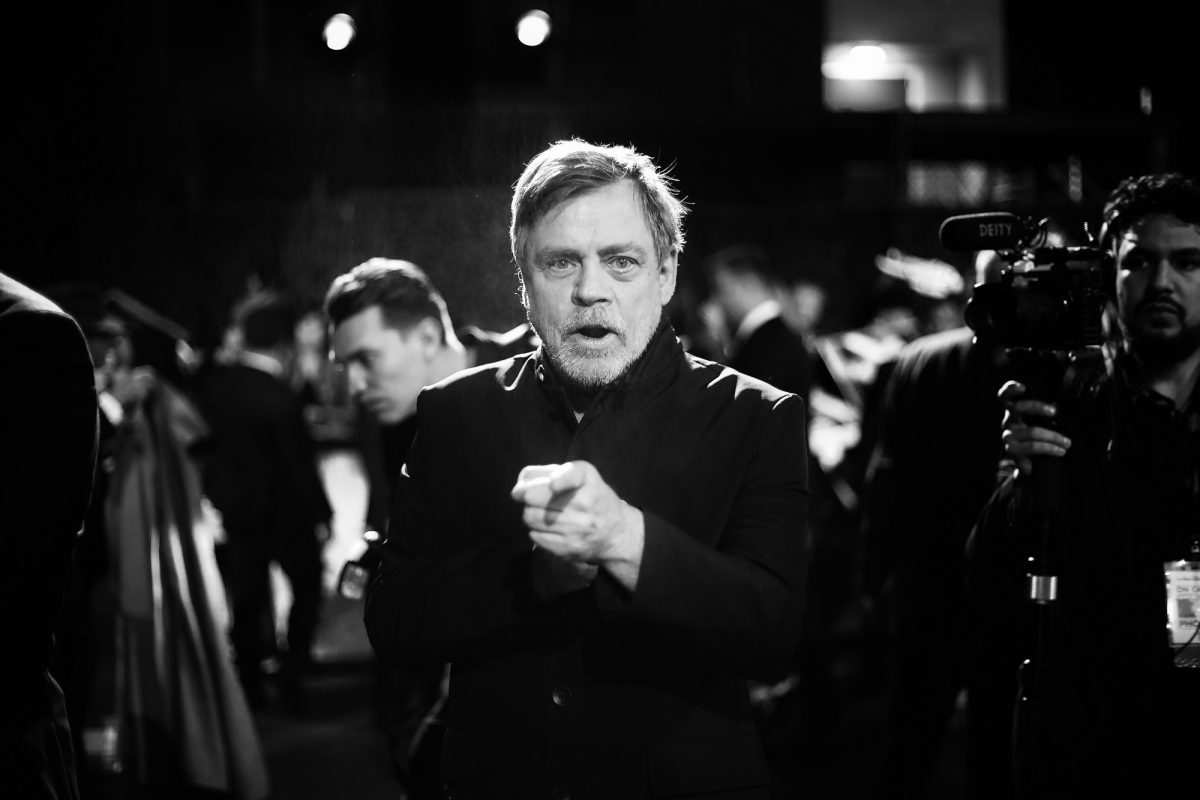 Buzzfeed alleged Mark Hamill told Rian Johnson: ‘I hate what you did with my character’

In a tweet promoting one of its listicles, BuzzFeed alleged that Hamill so hated the depiction of his most beloved character, Luke Skywalker, that he said as much to Johnson’s face.

“While Hamill certainly didn’t hate playing Luke in the original trilogy, he was unhappy with the version of Luke that The Force Awakens introduced, even telling director Rian Johnson, “I hate what you’ve done with my character,” they wrote.

This is a commonly circulated claim and belief. However, is it true?

‘The Last Jedi’ is controversial amongst ‘Star Wars’ fans

The Last Jedi is a controversial film.

The film, itself, is a critical and commercial success. And much of the success lay in Hamill’s depiction of Luke Skywalker. The Last Jedi is certified fresh on Rotten Tomatoes, and critics couldn’t get enough of Johnson’s subversive take on Star Wars films.

However, the hashtag #StarWars on Twitter will quickly show that there are a few very vocal fans that despise The Last Jedi and everything it stands for. On YouTube, Star Wars Theory host Mike Zeroh most infamously rails against the film and Hamill’s depiction of Luke Skywalker in between videos that rage against actor Brie Larson. Some fans even claim that Disney will “de-canonize” the sequel trilogy and replace it with a whole new set of films.

So when Hamill reportedly made comments railing against Johnson’s depiction of Luke Skywalker, these fans used it as proof that their hatred of The Last Jedi was justified.

So what did Hamill really say?

Initially, Hamill was shocked that Luke Skywalker had gone from an idealistic Jedi hero to a cranky recluse. “I said to Rian, ‘Jedis don’t give up.’ I mean, even if [Luke] had a problem, he would maybe take a year to try and regroup, but if he made a mistake, he would try to right that wrong, so right there, we had a fundamental difference,” Hamill said to IndieWire. “But it’s not my story anymore, it’s somebody else’s story and Rian needed me to be a certain way to make the ending effective. That’s the crux of my problem. Luke would never say that. I’m sorry.””

Fans, too, were surprised at Luke Skywalker’s transformation. However, it’s worth noting that the last time they’d seen Luke Skywalker on the big screen was more than 30 years ago (in 1983’s Return of the Jedi). Anyone over the age of 30 can attest that a lot will happen in 30 years.

And while it’s true that Hamill did say to Johnson “I hate what you’ve done to my character,” it’s worth remembering the context in which this comment was made. As the documentary The Director and The Jedi showed, Hamill ultimately only said that to “get it off his chest.” And, after he got over the shock, his next words were “lead me, o guru.“

Another thing that detractors should bear in mind: according to another report for IndieWire, Johnson whispered the title of the film in Hamill’s ear. Hamill’s response? “That’s me! I like it!”