Thirty minutes into Lynne Ramsay’s “You Were Never Really Here,” Joe (Joaquin Phoenix), a war veteran plagued by Post-Traumatic Stress Disorder, gears up to infiltrate a high-end New York City prostitution ring to save a young girl. Ramsay’s script has tightened the screws on Joe’s rage and suicidal urges to a claustrophobic degree. At this point in the film, it feels inevitable Joe will crack and an outburst of violence will erupt. Surely, this is the moment blood begins to pour.

If Ramsay was interested in the conventions of Hollywood action filmmaking, Joe’s raid would be the moment “You Were Never Really Here” goes full art house “Taken.” Perhaps an extended tracking shot would follow Joe as he breaks down doors and takes down bad guys, a la “Oldboy” or “The Raid.” Ramsay refuses to be that director. The minute Joe enters the building, she jarringly cuts to a security camera and the scene plays out from the perspective of monitors. All the nerve-wracking tension Ramsay has been building for a half hour immediately dissipates. The viewer becomes removed from Joe, just as Joe disassociates from his violent actions. In this one choice, Ramsay rebukes audience expectations and tears the idea of a satisfying action payoff to shreds.

“We’re still so used to glamorizing violence and it being so explicit that it’s almost become banal,” Ramsay said during a recent interview with IndieWire. “It’s become cartoonish, especially in Hollywood. In a weird way, this film disturbs people because it leaves a lot up to them to fill in the gaps. I wanted to avoid things that you’ve seen a million times before.” 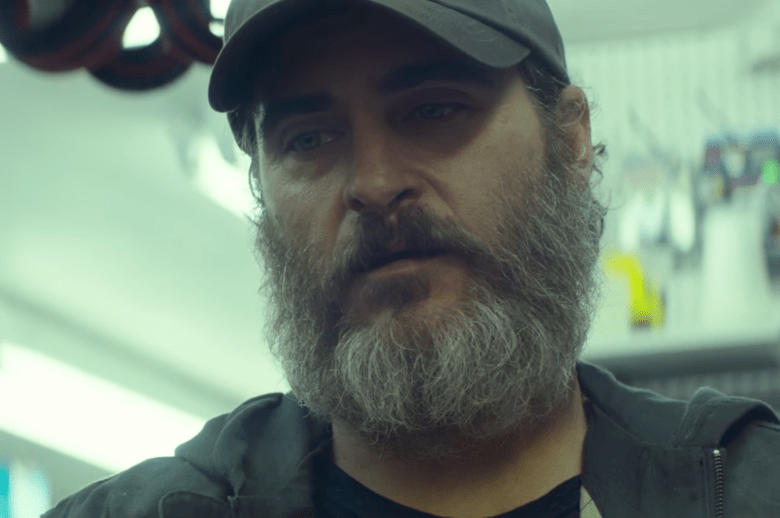 “You Were Never Really Here”

Ramsay’s cut to the security camera forces the viewer to observe the nature of Joe’s violence as opposed to experiencing the violence itself. Directorial choices like these keep “You Were Never Really Here” focused entirely on how violence effects psychology and breaks the human spirit, a theme that’s the backbone of Ramsay’s works; they’re also why the film is one of the year’s most boldly directed movies. Ramsay flirts with standard action set ups like Joe prepping for a raid and then pivots to shots far more challenging to sit through and more rewarding for her character-building storytelling.

Unconventional directing choices rooted in Joe’s psychology run rampant through “You Were Never Really Here.” During a climactic scene in which Joe breaks into a mansion on a rescue mission, Ramsay incorporates a rhythm of jump cuts that leap past every moment where severe bloodshed takes place. By omitting violence, she leads the viewer to wade through the disturbing possibilities of what Joe is capable of doing, which only makes the character feel more dangerous than if she were to show him bashing a skull in with a hammer. Cutting past the violence makes the audience fear Joe in the same way Joe fears himself.

“I think by omitting it, it also makes the viewer become self-reflective,” Ramsay added, “sort of like, ‘Well why did I want that in the first place? Why do I need to see that?’ I think seeing people’s reactions is funny because they come out as if they have seen the most violent film they have ever seen, when there’s not much physical violence at all.” 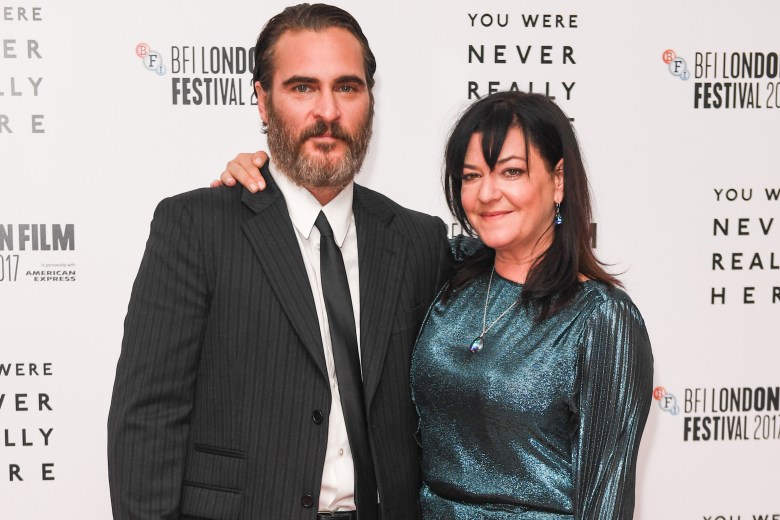 Contrast these two “action scenes” with the moment Joe is ambushed by two assassins while waiting in a hotel room. In the most gory shot of the film, Joe opens the hotel door and Ramsay photographs the character in close-up as blood from someone’s head splatters across his face. Joe now finds himself in an unpredictable situation, so it’s only fitting Ramsay uses visceral cuts and handheld close-ups to direct the fight scene between Joe and the assassin. If the security footage dissociated the viewer from Joe, then Ramsay’s direction here delivers the immersive action one might have expected from the entirety of “You Were Never Really Here.” It just so happens to be when Joe least expects it, a brilliant decision by Ramsay to link her character with the viewer by catching them both off guard in narrative and filmmaking.

Ramsay’s approach to action filmmaking has landed her an Independent Spirit Award nomination for Best Director, one of four total noms for “You Were Never Really Here.” But what it hasn’t done is broken her into this year’s Oscar race. The lack of Oscar buzz for Ramsay is hardly surprising, as it’s precisely her directing choices that make “You Were Never Really Here” such a challenge, but it still hurts to see her not even in the conversation despite making the boldest character-driven directing choices of 2018. One year after Greta Gerwig became the fifth woman nominated for Best Director, there are no women gaining traction in the race – not Ramsay, not Tamara Jenkins (“Private Life”), not Debra Granik (“Leave No Trace”), not Chloé Zhao (“The Rider”).

“It’s always this way, you know?” Ramsay said about this year’s male-dominated Best Director race. “I think of myself as a filmmaker first. I hopefully made a strong film and I think it’s a dark film. It doesn’t fit into an easy mold, but that’s why I think it’s exciting. I believe I’ve made something that is a really powerful film and I hope you do, too. I don’t live for awards.”

Ramsay won’t be winning an Oscar next year, but she will remain one of the greatest filmmakers working today, and the choices she makes in “You Were Never Really Here” prove it. The director told IndieWire she hoped with the film to make action set pieces feel unsafe and dangerous again compared to Hollywood’s beat-for-beat approach to the genre. It’s a testament to Ramsay’s genius she achieved this by not relying on violence at all.

“What we don’t show has so much potency for people that it’s disturbing,” Ramsay said. “You just have to be willing to take the risk.”