In Lucifer season five, part one, Dan Espinoza (played by Kevin Alejandro) discovered Lucifer’s (Tom Ellis) true identity as the devil. Now, the only two people in Lucifer’s life on Earth who do not know his true identity are Dan’s daughter Trixie (Scarlett Estevez) and Ella Lopez (Aimee Garcia). Does Trixie know Lucifer is the Devil?

Does Trixie know Lucifer is the Devil?

She asked Lucifer to tell her a story and it was then, fans learnt about what happened between Maze (Lelsey-Ann Brandt) and her mother Lilith.

Over the past five seasons, Lucifer and Trixie have had a close bond and Lucifer is understandably very protective of her.

Trixie is also very close to Maze, a demon. Even when Maze’s demon face was exposed in the Halloween episode early in the show, Trixie did not seem phased in the slightest.

In fact, Trixie even called Maze’s devil face “cool” and embraced it. 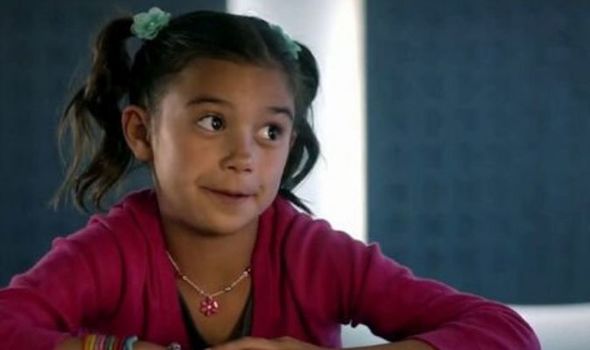 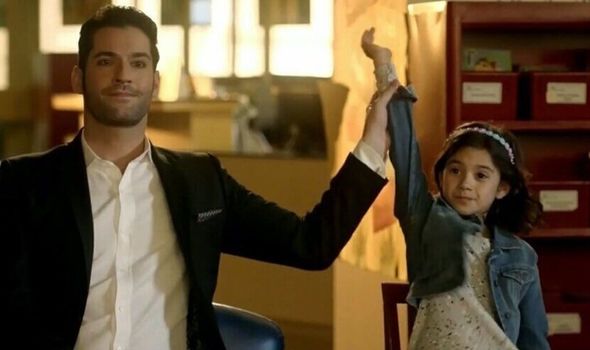 In season two of Lucifer, Trixie even referred to Amenadiel (DB Woodside) as her mother’s guardian angel when Chloe was injured in hospital, which in season five, was revealed to be true.

Trixie was introduced to Lucifer Morningstar in the pilot episode of Lucifer.

During their first meeting, Lucifer scared a mean girl who had been picking on Trixie.

In episode 10, Trixie met the demon Maze for the first time and proves to be wise beyond her years, offering Maze some relationship advice. 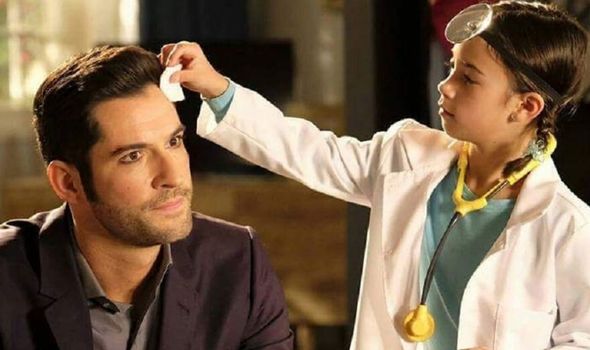 Speaking to The Metro, Alejandro who plays Dan and Trixie’s father in the series gave his opinion on the fan theory.

He said: “I mean that’s… I think it’s a strong assessment!

“You know, children are known to have sort of just this other sense before we’re weathered and chipped away by life. So, you know, I wouldn’t be surprised if she [did] know a little bit more than the rest!” 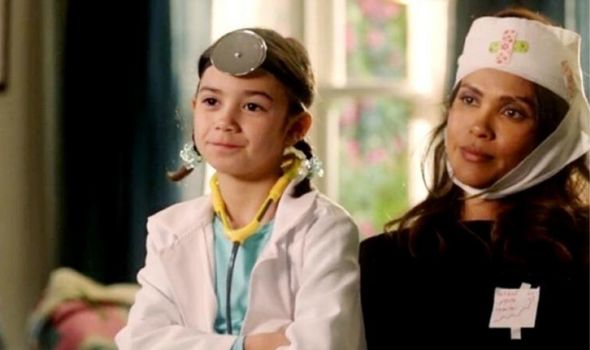 One fan posted: “I feel like episode 4 of season 5 confirms what I have long suspected. Trixie knows Lucifer is the devil and Mazikeen is a demon and so on and has just sorta accepted it. Anyone else thinks so?”

NikeQT87 responded: “Trixie definitely knows (long suspected) and the episode rather unambiguously confirmed it. She probably believed it the first time the non-humans all introduced/showed themselves as such.”

Reithel1 added: “I’ve been saying that for a long time… Trixie accepted that he’s the devil from the moment they met… No question in my mind…

“She also accepted Maze’s demon face without question or qualm and recognized Amenadiel as her mother’s guardian angel in the hospital.

“When Lucifer came to the door and Trixie was playing doctor with Maze, she pulled Lucifer inside and asked him if he had fallen on a banana peel, then tended his forehead with a wet wipe, and Lucifer flinched because it hurt him, so possibly some of Chloe’s “special” has trickled down and Lucifer has become a little vulnerable around Trixie as well…”

Trixie is played by the 12-year-old actress Scarlett Estevez, who has grown up since the first season of the show in 2016.

Speaking to Assignment X ahead of the season five release, Lucifer co-showrunner Joe Henderson discussed what is in store for Trixie in season five.

Estevez has evidently grown up over the past four years and Henderson revealed this will be addressed.

He said; “We’ve always let a little bit of a sliding timeline happen.

“We’ve always tried to keep up with it, with her ageing, so that it is a natural part.”

But in our final [fifth] season, one of the questions is going to be, where do we want to set Trixie up for the future.”

The Lucifer showrunner continued: “Especially now that she is growing up, and becoming more of a human being?

“By the way, Scarlett is so good and so amazing, and I think one of the fun things is going to be highlighting that a little bit more in our last season.”

Fans will have to wait until Lucifer season five, part two to air later this year to find out more about Trixie and Lucifer’s relationship.

Lucifer is streaming on Netflix now