When Lorraine began to quiz them on the authenticity of Dani Dyer and Jack Fincham's relationship following speculation about their reconciliation, they jumped to their defence. 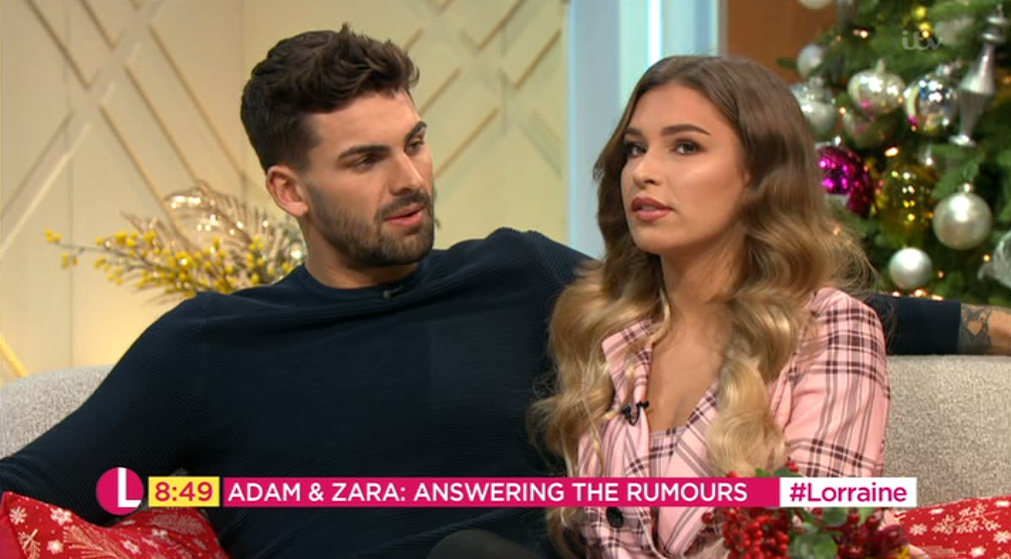 During the segment, Lorraine, 59, began by quizzing 22-year-old Zara and Adam, 23, on their pals relationship, saying: "So what about Dani and Jack, because they won, they were the great love story and all that, then they split and now they're back again?"

She jokingly added: "Our Dan Wootton is convinced that they just got back together again because the show's going on tonight!

"What do you guys think? Do you know?"

Adam replied: "We've tried to be as supportive as possible. 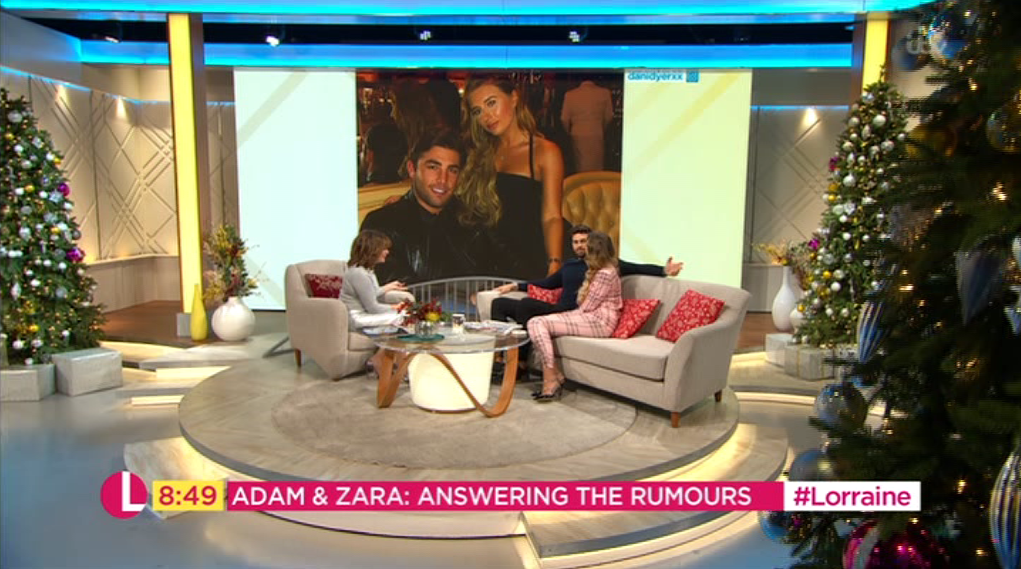 "We've also had a little bit of a patch. No one can know, except from them, exactly what it is."

But Zara seemed adamant on clearing any speculation that her pal's on-off romance wasn't genuine.

She said: "I think the reason why the public fell in love with them is because they are so genuine.

"I think you can't fall in love with someone because they are so genuine and then all of a sudden there's stories that they're not. 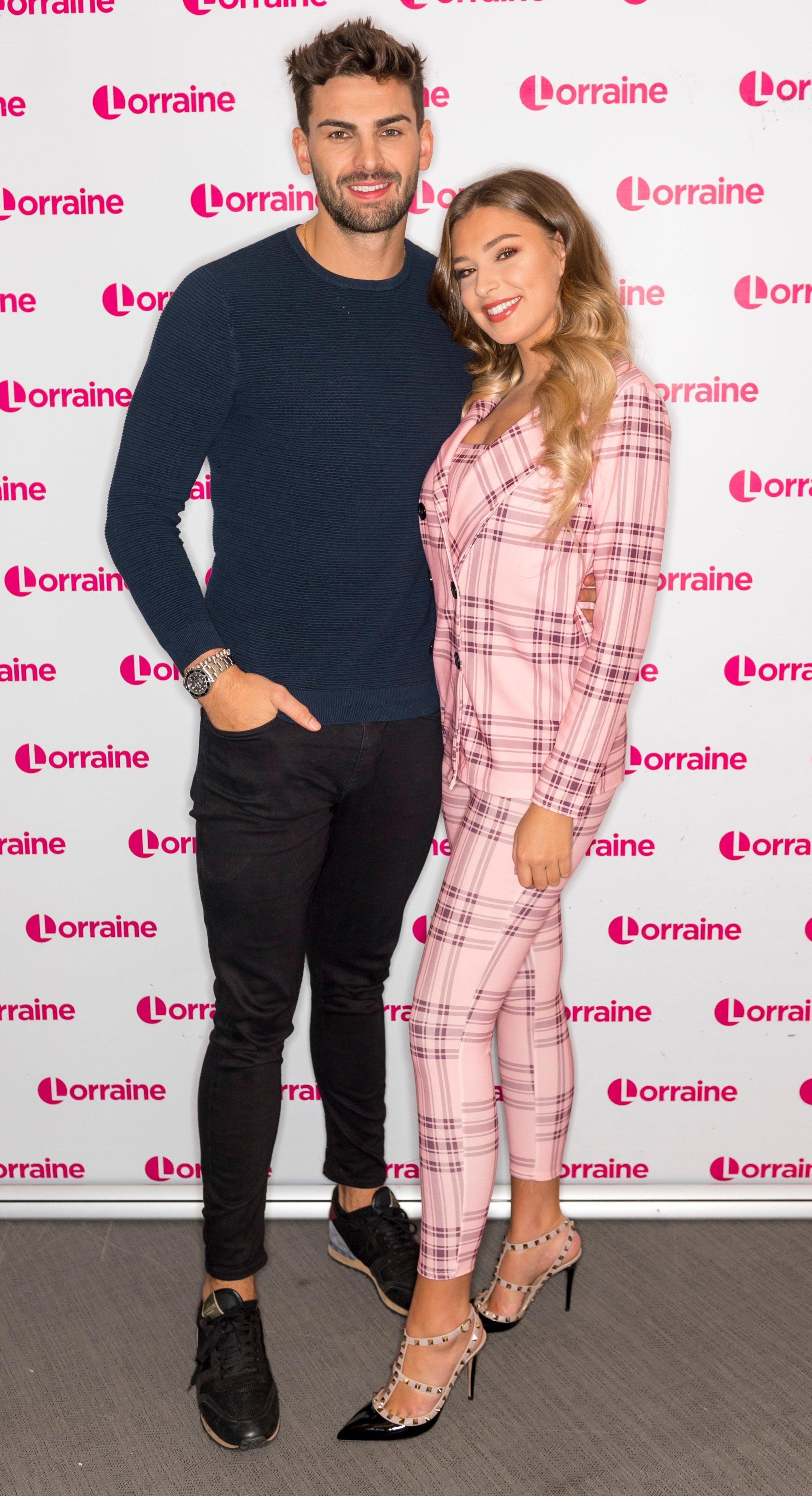 "I think that they are two of the most genuine people we know and there's no way that you could ever stay in a relationship that you're not happy in and I would never for a second think that they've got back together for that reason."

"Not even for a big pay cheque?" quizzed Lorraine.

Agreeing with the pair, Lorraine responded: "Well, the thing is you can't sustain that really can you?" 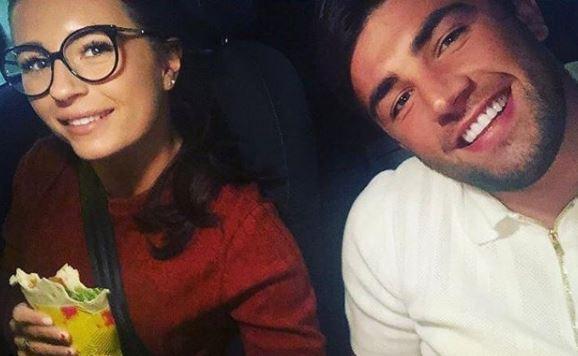 "No, they live together, they've got to pay their bills together, it is a normal relationship like anyone elses and I think that gets forgotten a bit," Zara insisted.

Last week a source revealed to The Sun's Bizarre that Dani, 22, and Jack, 27, had reunited following their split due to 'commercial' reasons.

“They’ve filmed a number of shows together, including the Love Island Christmas Reunion and their own reality series, and they are ruined if they don’t stay together.

“Jack and Dani: Life After Love Island is all about their love story.

“They were also just weeks away from presenting the red carpet coverage at the National Television Awards together, an impossible gig for them if they’re not in a relationship.

“Their reconciliation has only been for commercial reasons, they aren’t genuinely in love and even had to rope in Danny Dyer to say they’re back together, rather than telling fans themselves.”

The Love Island reunion show will air tonight, with viewers getting a glimpse into the lives of the islanders six months on.

In clips from the show, the reunion promises to be full of drama as split couples reunite.

This morning Zara revealed that viewers would witness her pal Ellie Brown and her ex-boyfriend Charlie's big showdown following their split.