ITV2 viewers are now convinced the boxer might be headed to the villa after the pair posed for a snap on a night out. Josh told his followers: "Merry Christmas ya filthy animals – @anthony_joshua.
"What a way to end the year. ringside at the boxing with the big man. (Love Island 2019 watch this space ??)."

Fans were quick to beg the boxing star to sign up for the 2019 series.

One said: "I am married but if AJ was going on there I would get divorced and apply." 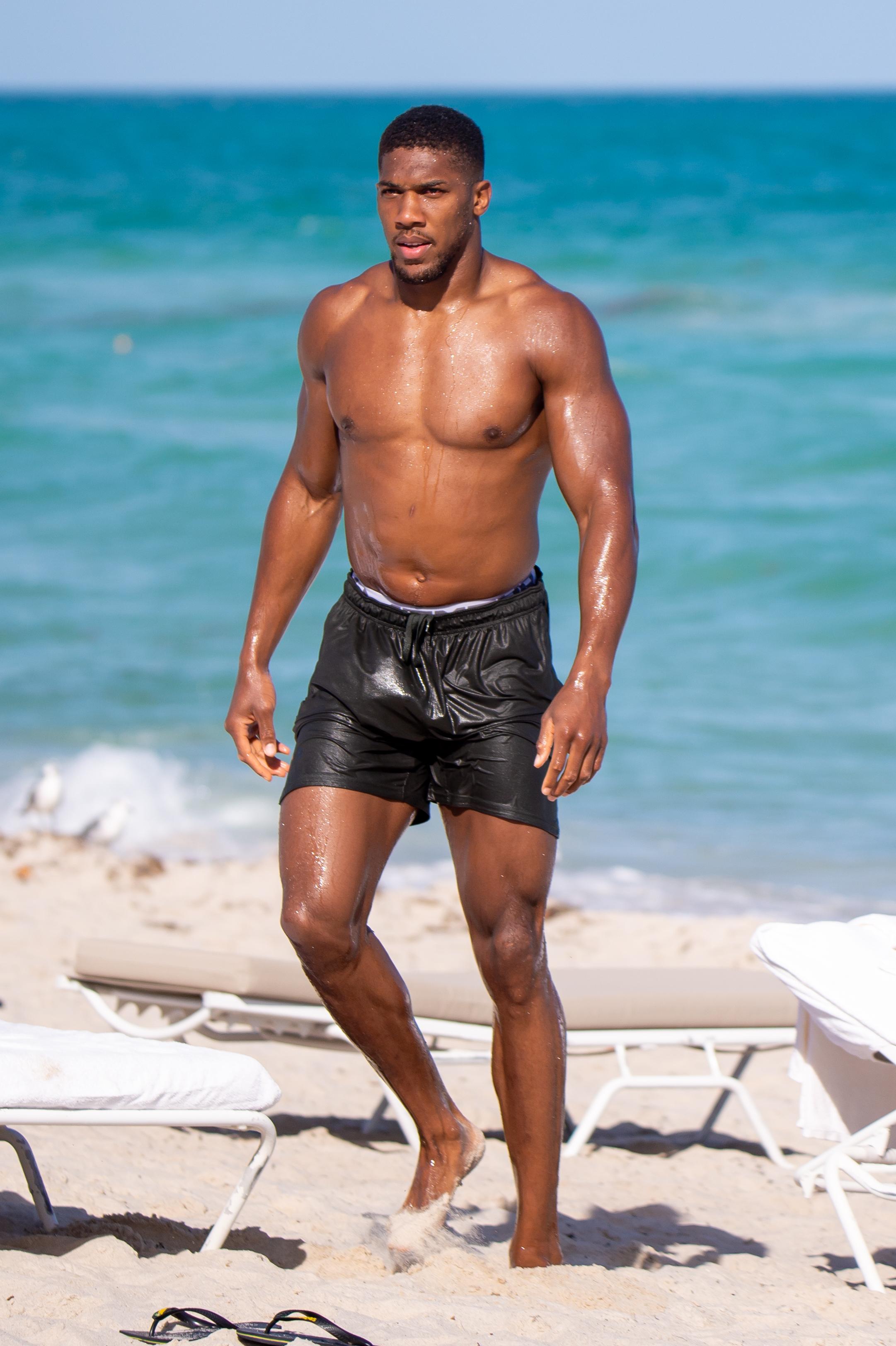 Someone else added: "Anthony all the way."

Another said: "does this mean @anthony_joshua will be going into @loveisland 2019 you think ?"

It's thought Anthony is currently single after being linked to a string of high-profile women.

He got into the Christmas spirit earlier this week when he took time out of the gym to deliver Christmas presents to shocked homeowners.

The heavyweight boxing world champ is not expected to fight again until April, so he decided to play Santa Claus this festive season.

He handed over special gifts from his sponsors JD Sports to loyal customers for a real Christmas bonus.

On the night Josh met hero AJ, he was booed by the crowd as he stepped into the ring following Dillian Whyte's brutal brutal knockout of Dereck Chisora.

Anthony – who holds the WBA, IBF and WBO belts – picked up the microphone at the O2 Arena, London, to talk about his next opponent.

Whyte called out the 29-year-old champion for a rematch next year – with the Brixton-born fighter desperate for a shot at the big time again.

But Watford's Joshua, who was ringside for the fight with Sky Sports Box Office, refused to commit and suggested Deontay Wilder and Tyson Fury are ahead in the queue.

AJ said: “Dillian, let’s forget about that first fight, it was a good fight back then, let’s go again.

"If No1 and No2 are not available, I will do Dillian.

"If anyone deserves it, it is Dillian. If it is not Wilder would fans want me to fight Dillian Whyte.

"If I cannot get Deontay Wilder, he is my target, then it will be Dillian Whyte."