Love Is Blind wowed Netflix viewers when it arrived on the streaming service earlier this year. While the members of the show were instantly catapulted into stardom, many of them maintained their celebrity status by remaining active on social media and remaining within the public eye. Included in this bout of new celebrities was Kelly Chase – one of the women involved in the social experiment, who walked away from her husband-to-be, Kenny Barnes.

Over the past week protests and riots have occurred in America over the death of George Floyd at the hands of a white police officer, who has since been charged with third degree murder and manslaughter.

Since then, social media has been abuzz with the Black Lives Matter movement, which has focussed on protesting against police violence against black people in the country.

In an attempt to join in with this ongoing discussion, Kelly condemned people taking to the streets in protest.

During her inclusion in the conversation, Kelly used the phrase “all lives matter”, and used the derogatory term “coloured people”. 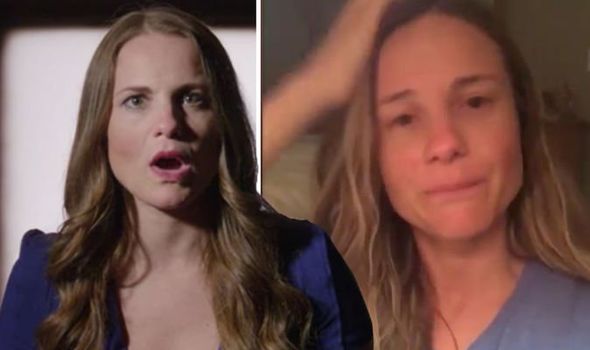 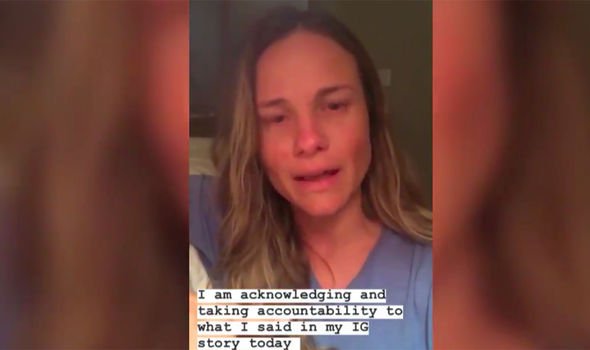 Shortly after this, many of her 500k followers hit out at her for these words, and even her Love Is Blind co-star Carlton Morton condemned her comments.

Now, Kelly has released a number of Instagram stories which sees her emotionally apologising for the words she used.

Within the video, Kelly showcased remorse for her actions, and called them “ignorant”.

She announced: “I created pain and used words that were offensive, and I meant no ill-intent from what I shared in my Instagram story today. 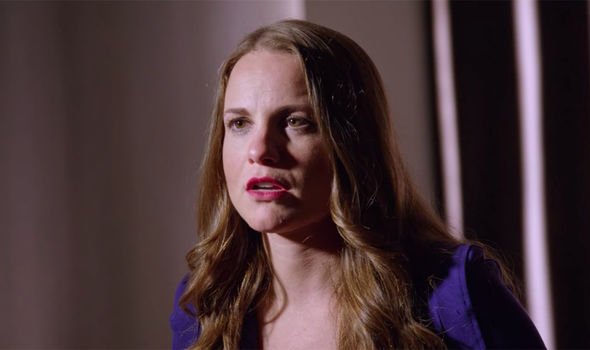 Addressing exactly what she did wrong through tears, Kelly went on: “I used the terms ‘coloured people’ and ‘All Lives Matter’ and I realise how ignorant that was, how uneducated I am and I’m really, truly sorry for the pain that I caused today.

“I realise that there are people hurting because of what happened with George Floyd and every other black person who is scared.

“It was definitely coming from a place of love and that I am truly, truly sorry,” she said. “I never meant to offend you, hurt you, hurt anyone from the black community. I am just very, very sorry. I am educating myself on what I can do to help.”

Discussing the event in detail even further, Kelly continued: “I went on to visit my parents today and I had already received an influx of messages today, and I learned one of my cast mates Carlton had shared the video on his Instagram – and I didn’t know what to do.”

After apologising profusely, Kelly said: “I didn’t know – and that’s ignorant on my part. Don’t come on your platform and speak about something you’re not 100 percent educated about.”

Earlier this year former contestant Lauren Speed hit out at her followers after they criticised the “awkward” relationship she had with her husband, Cameron Hamilton.

Speaking out on her Twitter account, she announced: “It’s kind of funny when I see people comment that me and Cam are different in some ways than when we were on the show.” (sic)

Pointing out all of the criticisms directly, she responded in kind by saying: “A) DUH… I’m not the same person I was last week let alone a year and a half ago.

“AND B) Always been multi-dimensional… full of life, quirks… personality… grace… sometimes hood… loud, and sometimes quiet the observer… ALL OF THAT.”

“You gotta remember…” she went on. “Y’all saw an edit, and were just introduced to us as people. But I’ve been a person for 30 something years… lol not just when [Love Is Blind] came out lol I’ve always been this way.. y’all just arrived. LOL.” (sic)

Love Is Blind is available to stream on Netflix.