LITTLE Mix have completed work on their upcoming sixth album – but I can reveal they are already gearing up to make more tunes.

In the coming weeks they will team up with two No1 stars, ­Sigala and MNEK. 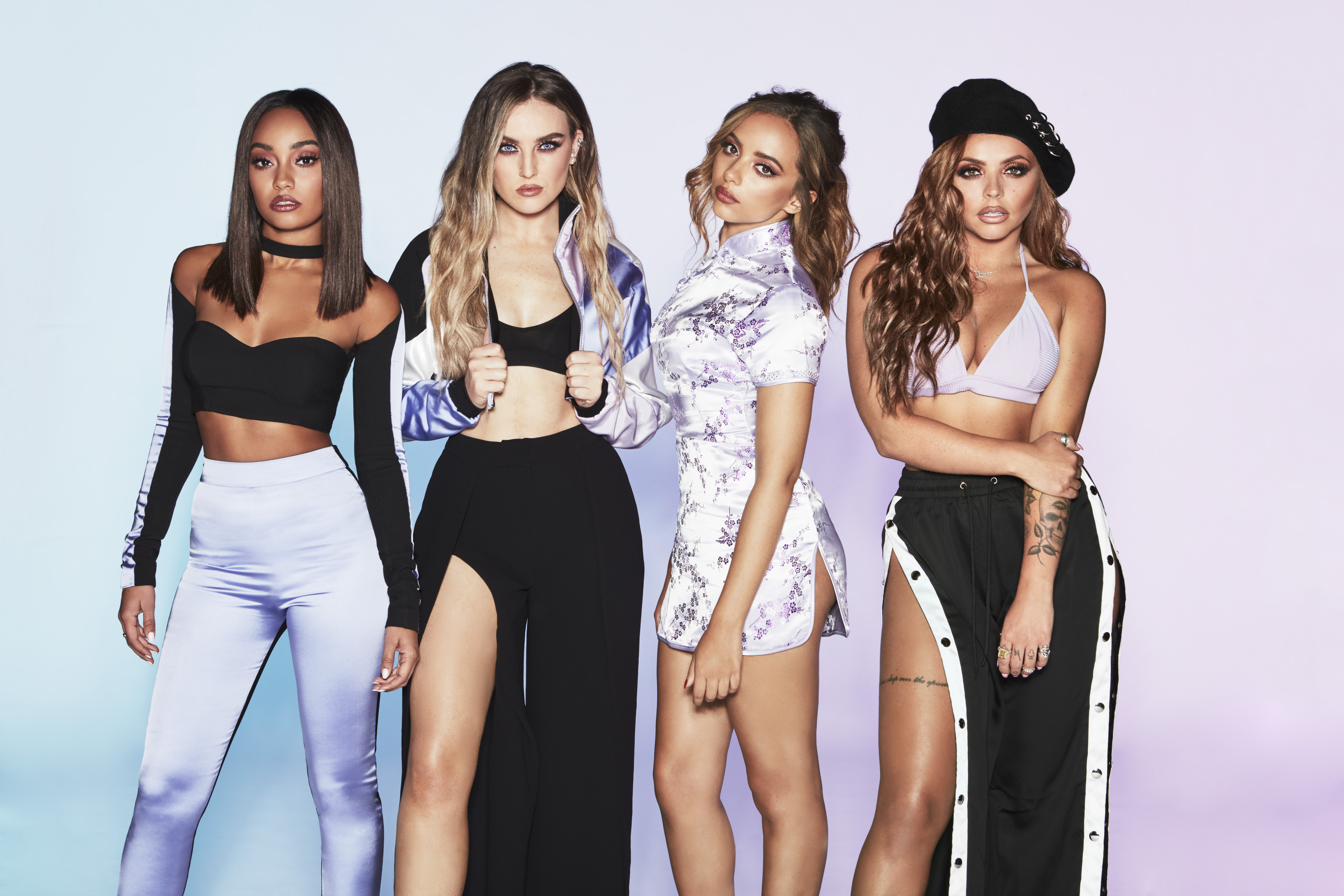 While Sigala has had a string of big tunes, MNEK — who has helped on several of the band’s other hits — has had the song of the summer with Head & Heart, which spent six weeks at No1 here.

In an exclusive interview, Sigala confirmed: “I’ve got a writing session with Little Mix coming up, along with MNEK. They’re people I’ve wanted to work with for ages.

“That’s writing a song as a potential Little Mix collaboration, that will be cool. That would be something slightly different, to write with a girl band.”

I’m told that Perrie Edwards, Jade Thrillwall, Leigh-Anne Pinnock and Jesy Nelson have their album all wrapped up and ready to be released soon. 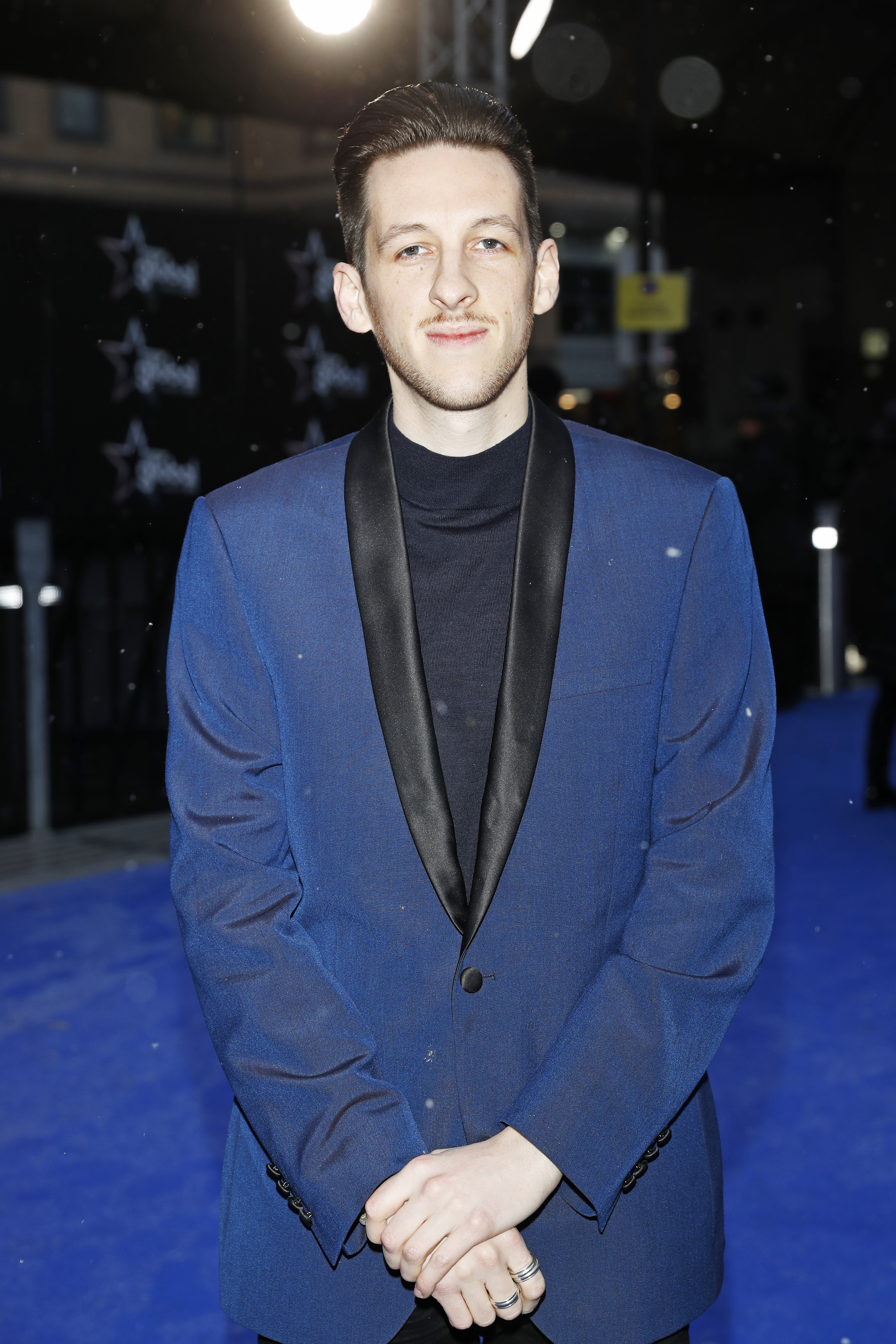 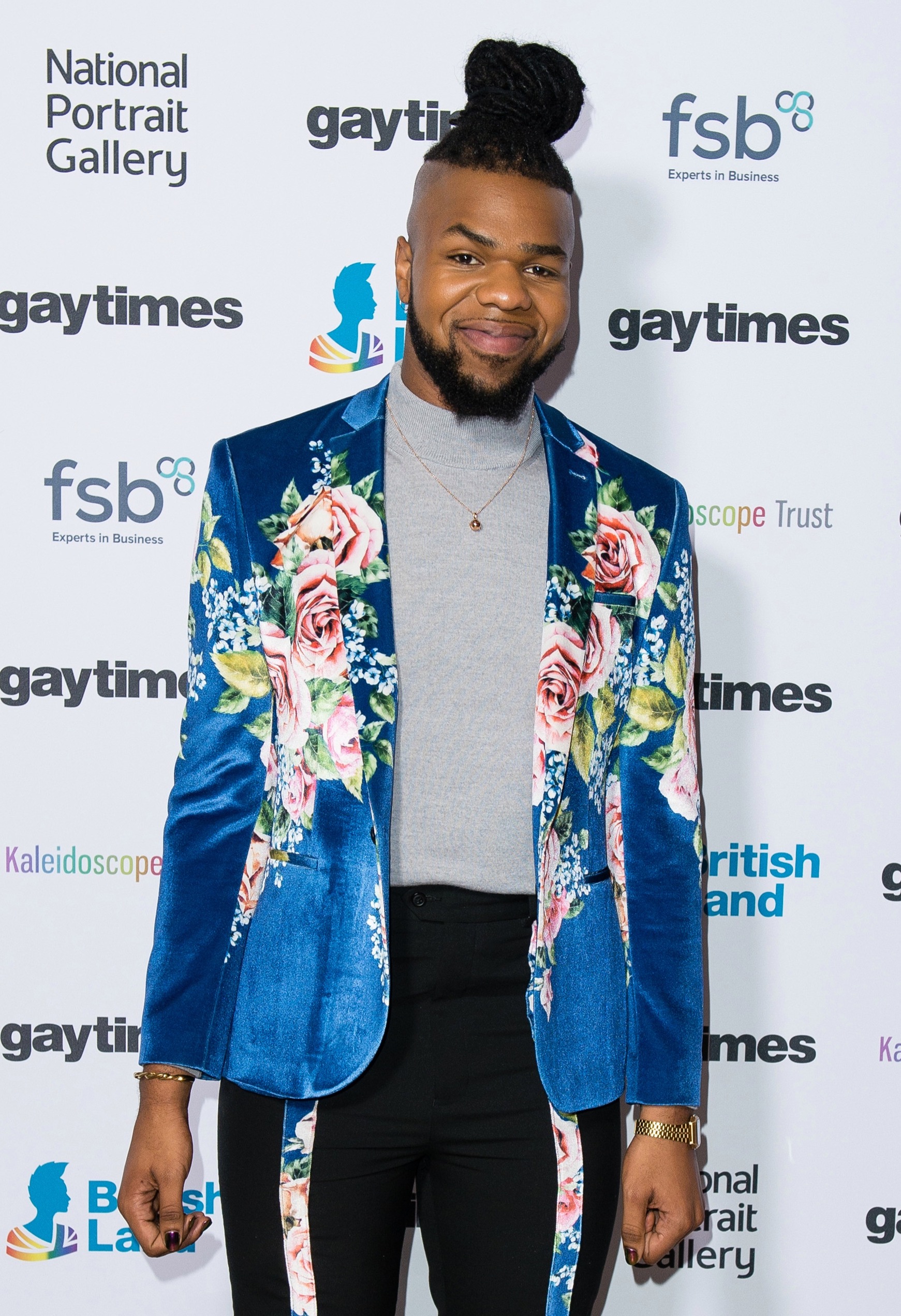 But this is the surest sign yet that they have no intention of slowing down, having recently also put out hit singles Break Up Song and Holiday.

In recent weeks they have been recording vocals for the album and polishing the collection ahead of the launch of their BBC show Little Mix: The Search later this month, which is sure to keep them busy.

And they aren’t the only people enlisting the talents of Sigala, who on Friday released a single with James Arthur called Lasting Lover.

The DJ said: “I’d love to work with Liam Payne. I’ve already hit him up on social media and said, ‘Dude, let’s make a track,’ and he’s really keen to do something as well. 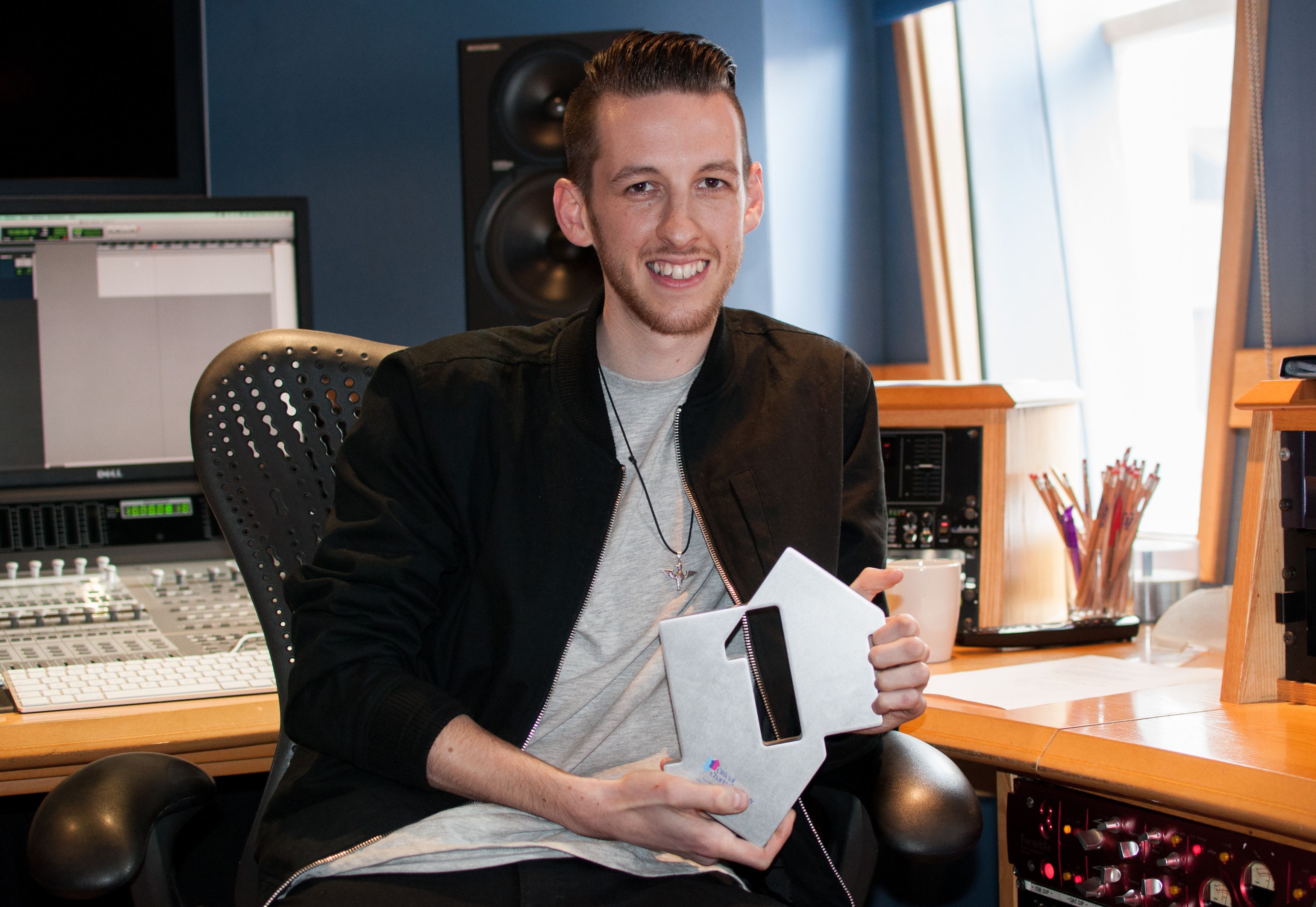 “We’re waiting to either find the right song or wait until we can get together in the same room and write something.

“Anne-Marie, it would be really cool to do something with her. There’s a song I’m actually already working on with Raye too.” 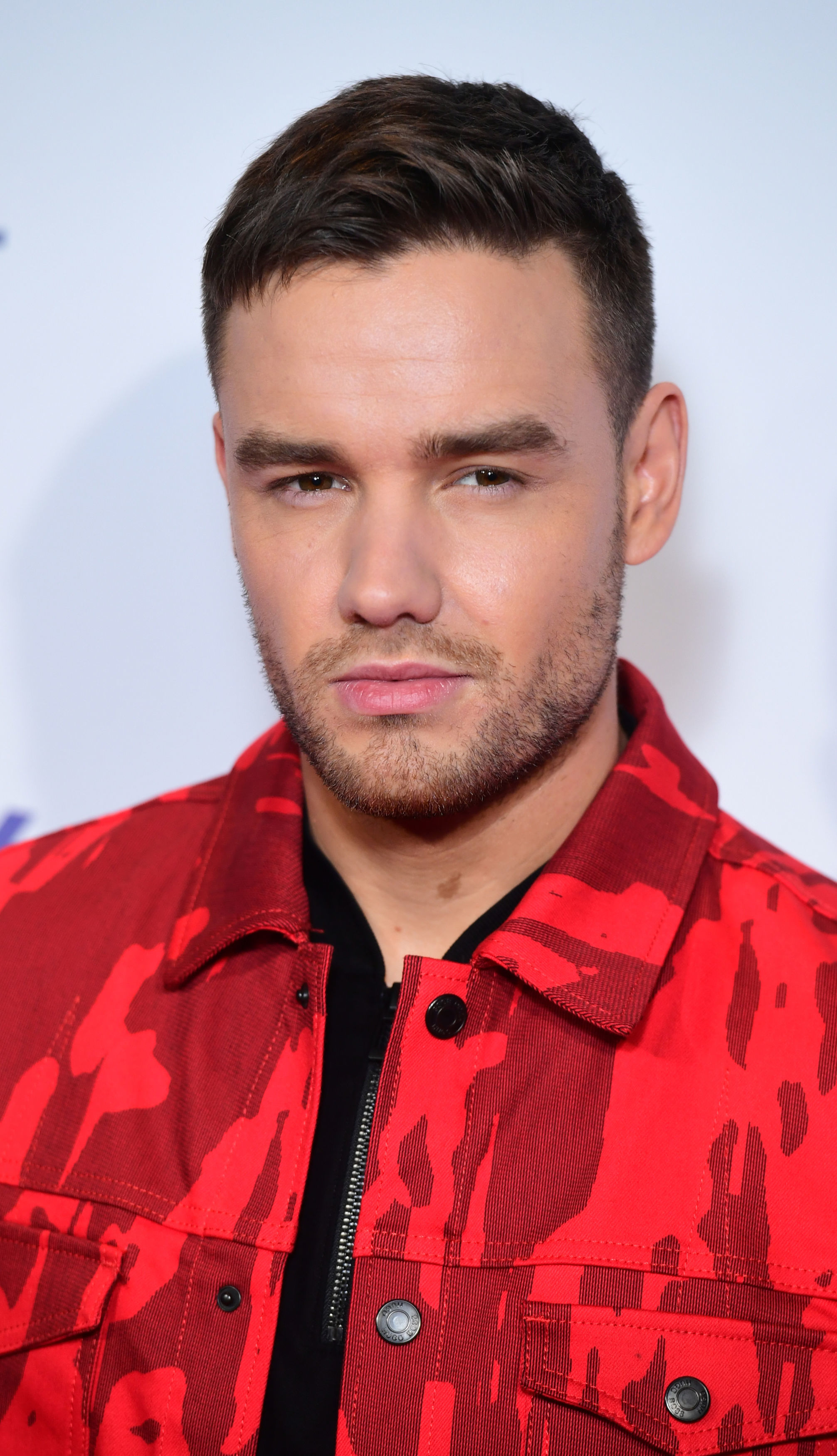 IT seems Maura Higgins is just as desperate as me to get out for a drink as she sported a huge grin on a night’s partying.

The summer 2019 Love Island star wore an all-black outfit as she headed for dinner with friends at ­London restaurant Sexy Fish. 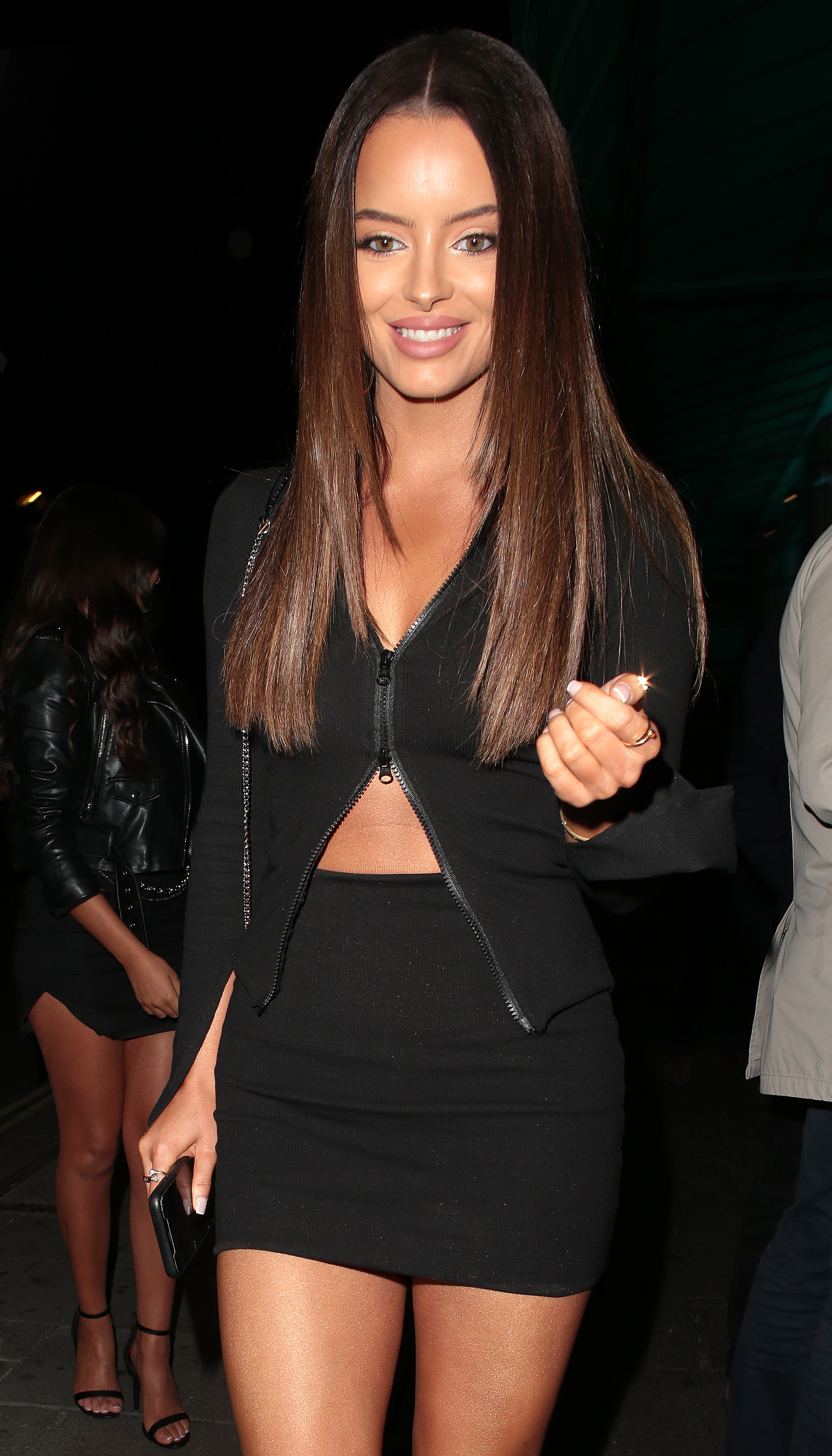 Her ex-boyfriend Curtis Pritchard was also out in the capital at the weekend with his Strictly dancer brother AJ.

They boozed into the early hours of Sunday and Maura’s former flame was seen chatting up a brunette.

And Maura wasn’t the only reality star hitting the town as Towie’s Ferne McCann wore a similar outfit while out in West London. 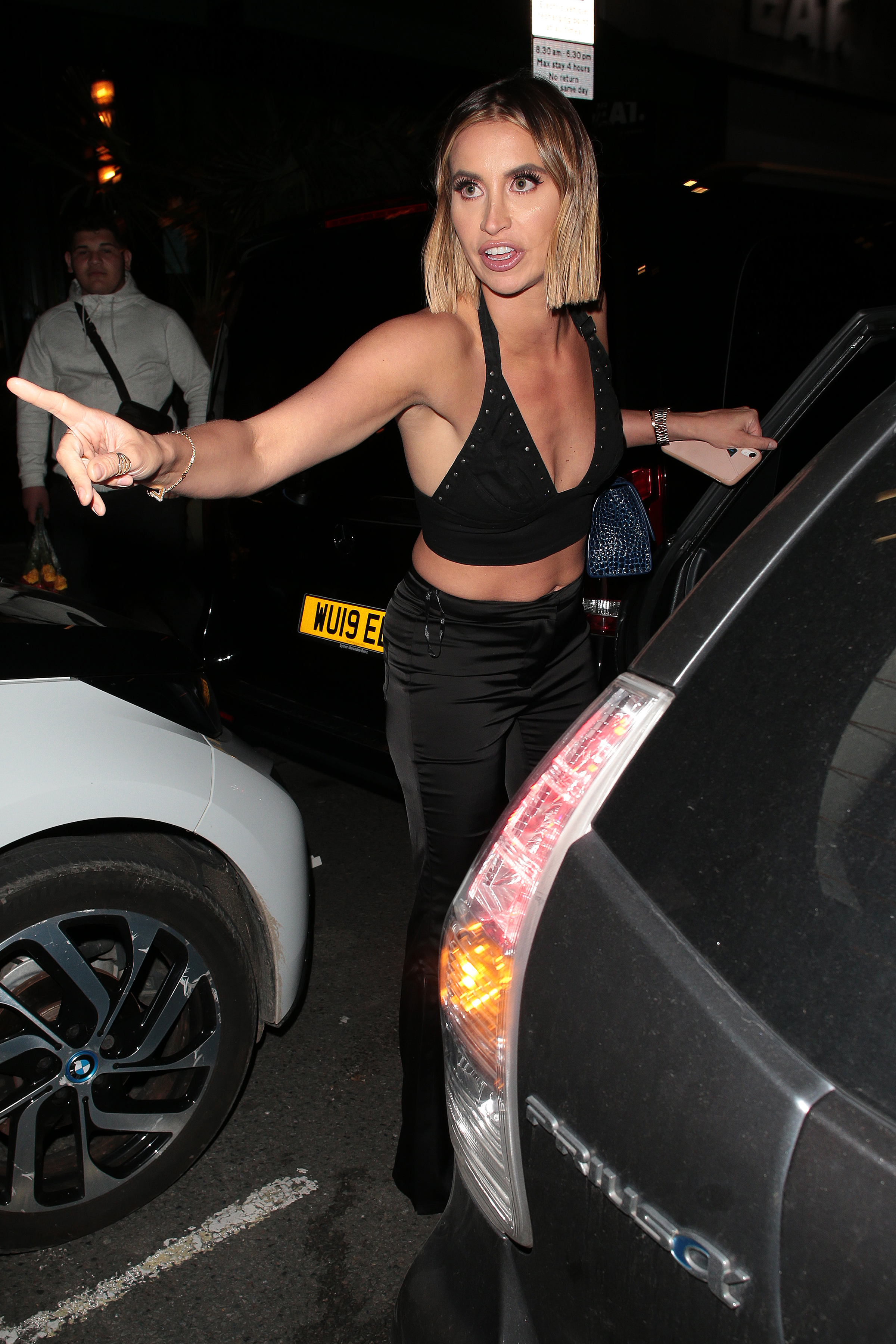 WHEN you’re a millionaire rock star and you fancy a safe kickabout during a pandemic, you could go to your local park. Or, if you’re Rod Stewart, you borrow a whole stadium.

He called in a favour for his son Aiden and his fellow under-ten Bishop’s Stortford teammates to play Billericay Town’s youngsters at the Essex club’s 5,000 capacity ground. 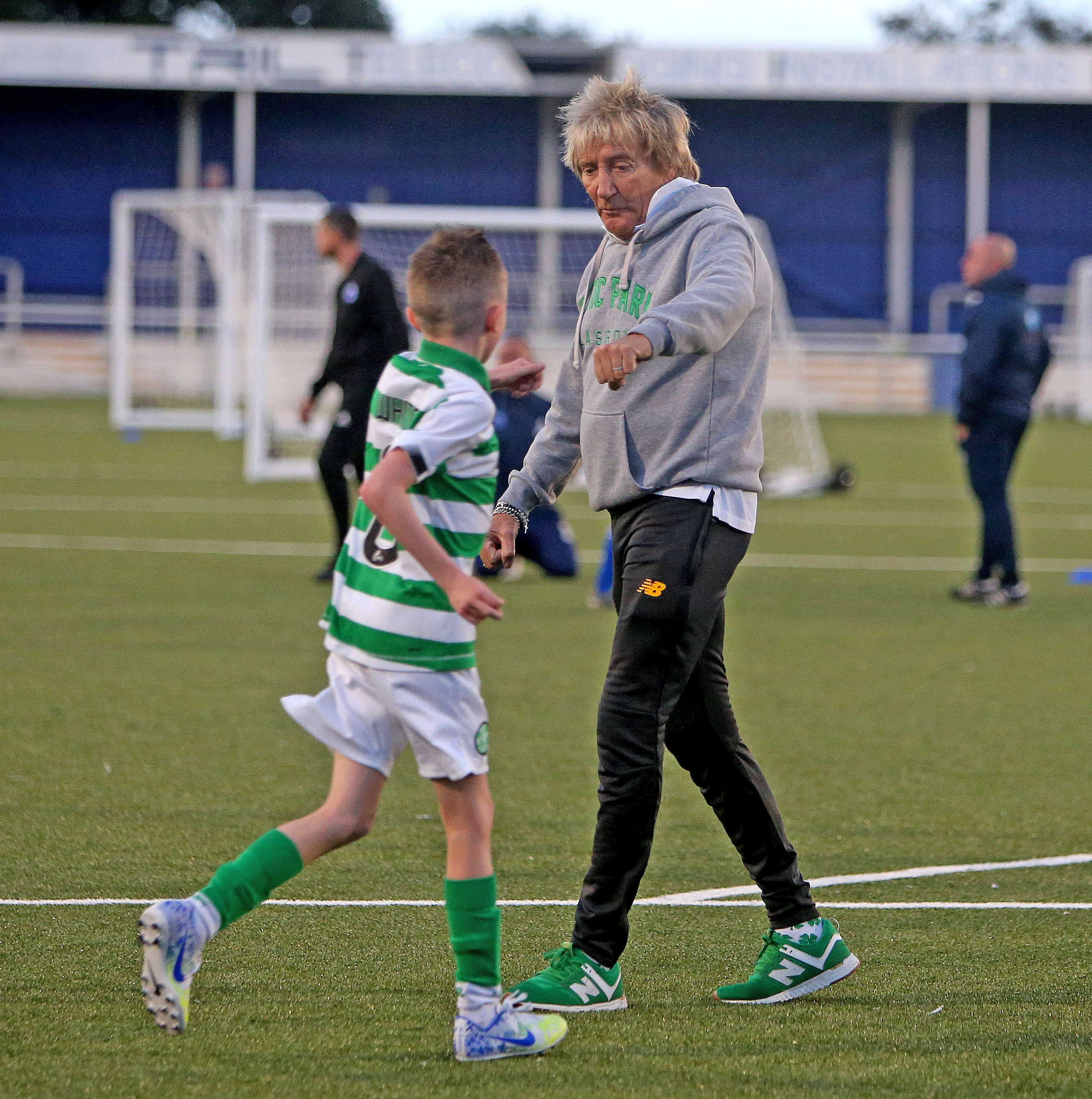 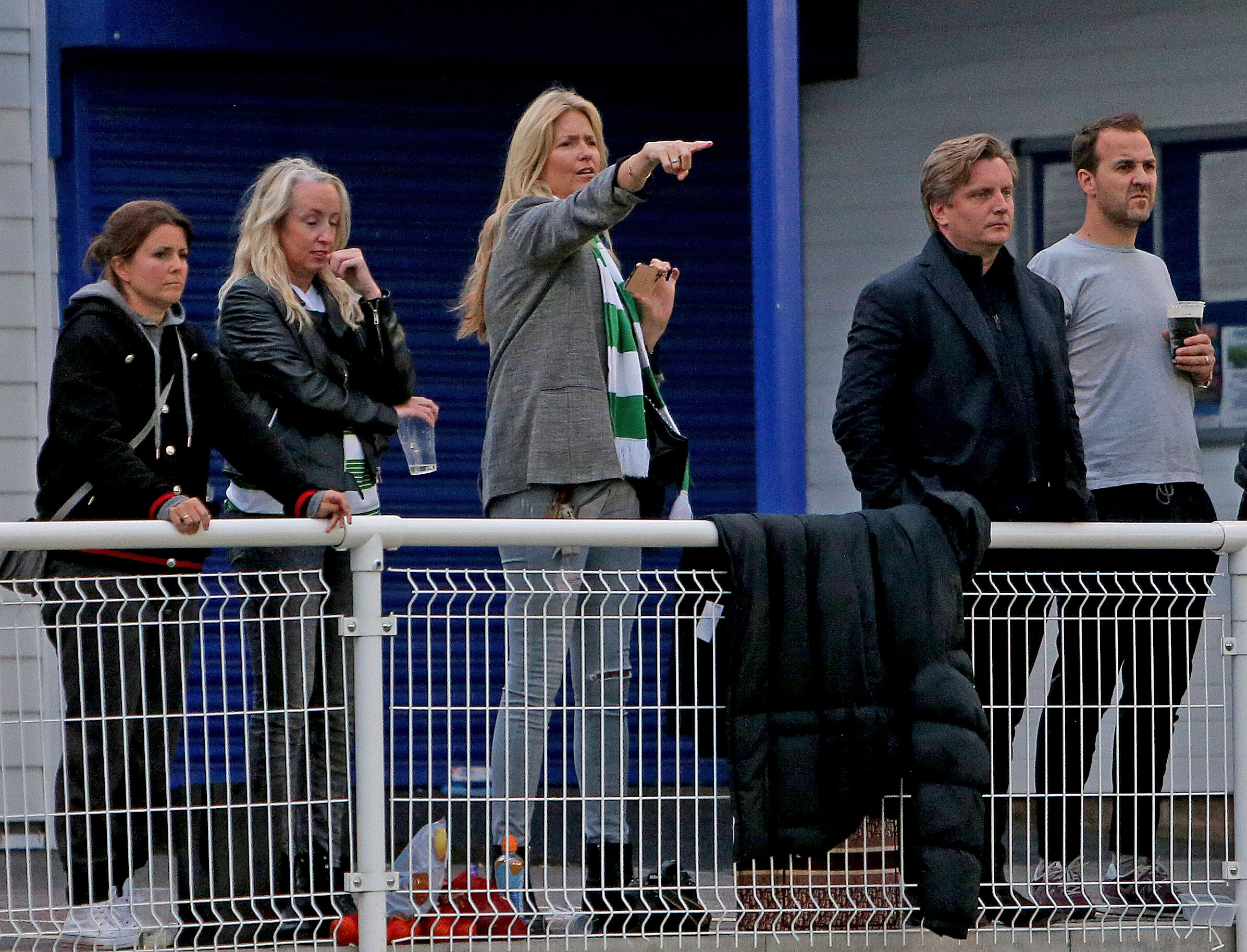 Aiden and his pals were all seen wearing the famous white and green kit of the Scot’s beloved Celtic and the 75-year-old rocker even got wife Penny Lancasterinvolved.

An onlooker said: “It was funny because Rod was getting quite animated and passionate, as he always is with his football, on the sidelines cheering on Aiden.

“When there was a brief pause from the kids ­playing, Rod couldn’t help himself have a go with the ball.

“Penny was there to support them and they all went into the clubhouse for refreshments after.” 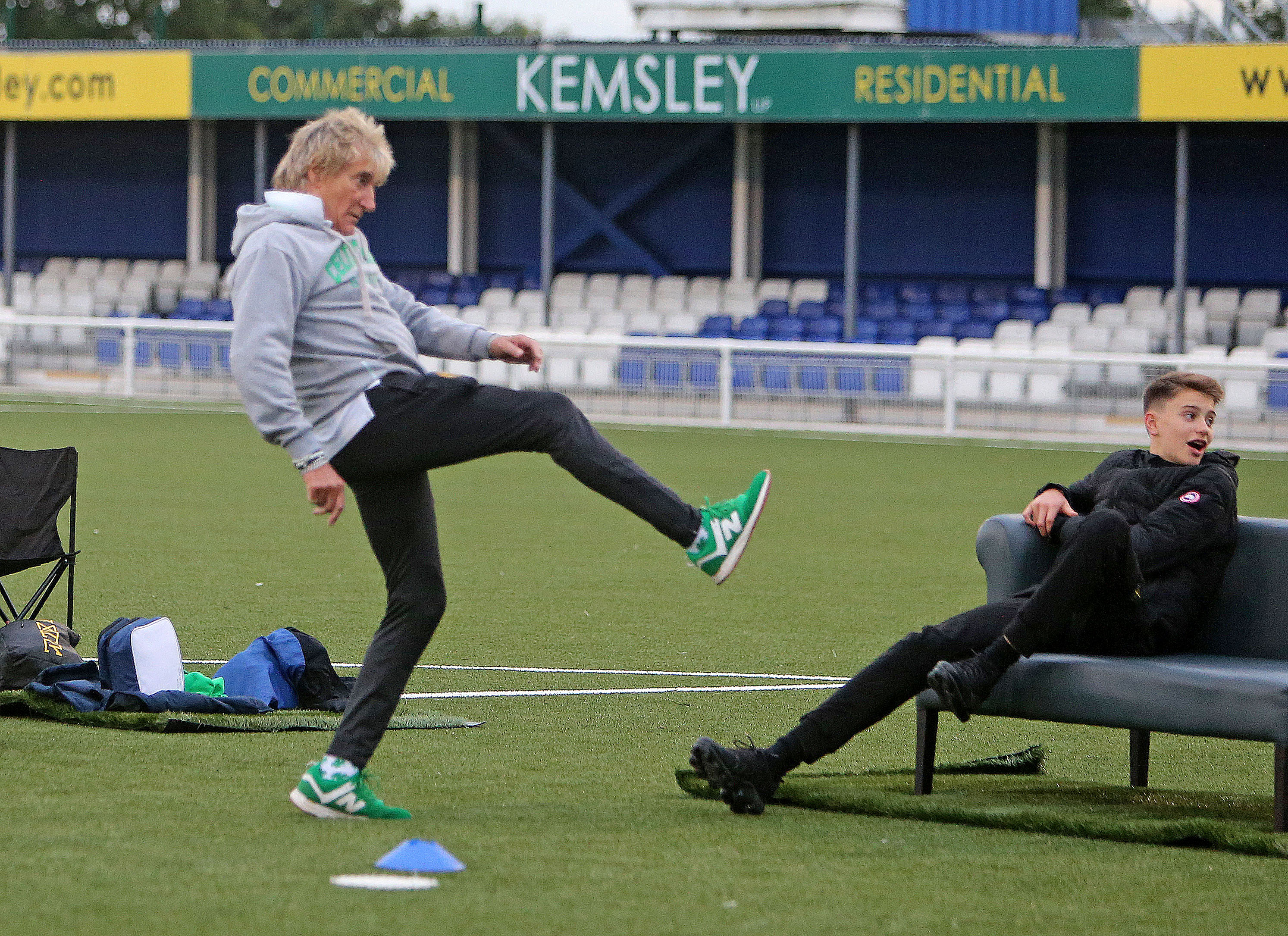 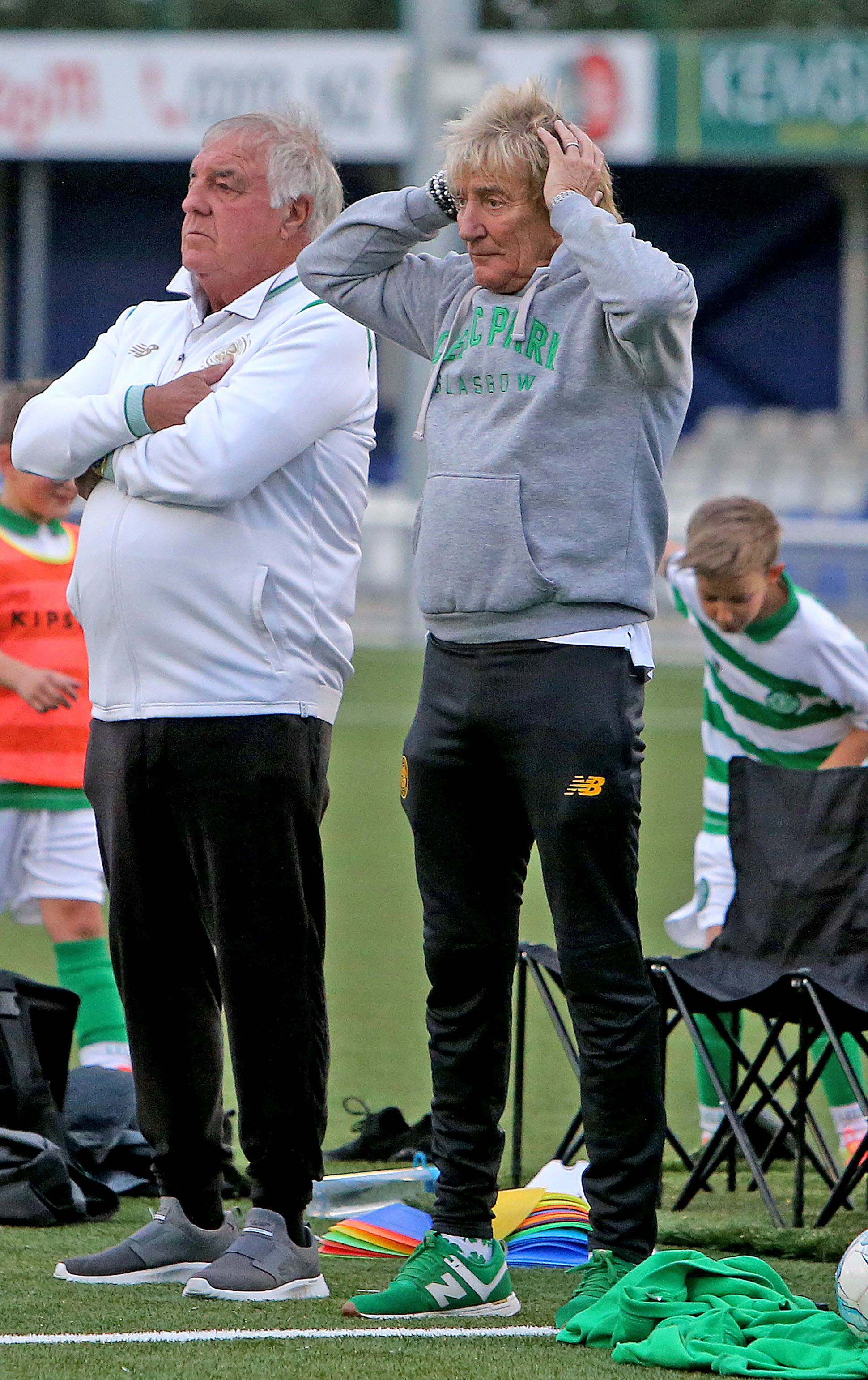 BIG Sean has teased a collaboration with Justin Bieber following their previous songs together.

Asked by a fan: “Are you gonna be on Justin Bieber’s new album?” the rapper replied: “I think so.”

DAISY Lowe clearly wasn’t short of sunbathing opportunities on her recent holiday as she glowed at an event over the weekend. 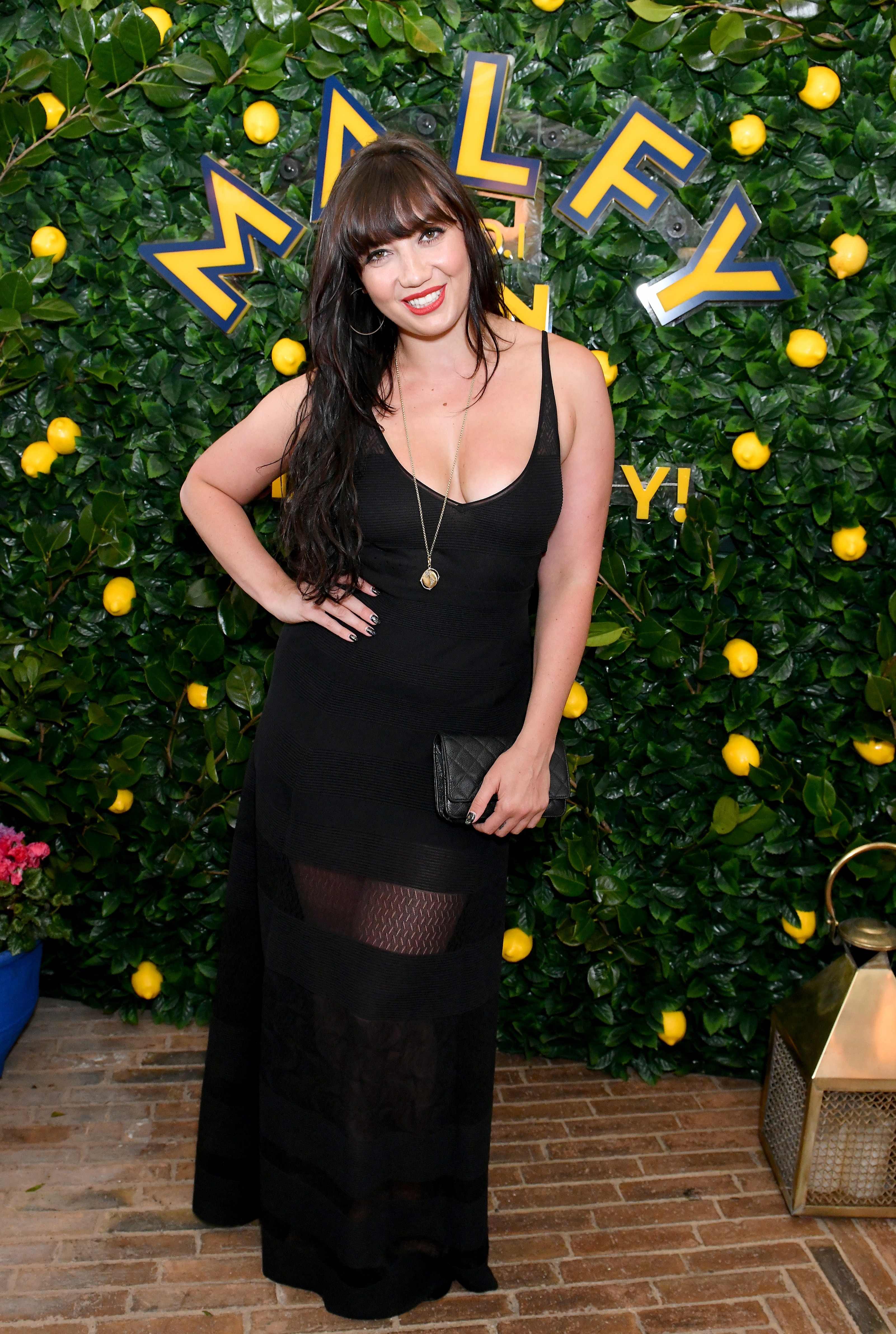 She was there with boyfriend Jordan Saul, who she had just been on holiday to Portugal with.

But instead of showing some love to the Portuguese, she wrote for her Instagram followers: “In true Italian style, loving the curves that carbs gave me.”

Make your mind up, Daisy.

CARDI B and Megan Thee Stallion's Wap could top the UK Singles Chart for a second week, early looks show.

FIRST it was Simon Cowell. Now Rihanna has struggled to stay on her electric vehicle and injured herself falling off.

She was seen sporting a shiner having flipped her e-scooter in Los Angeles. 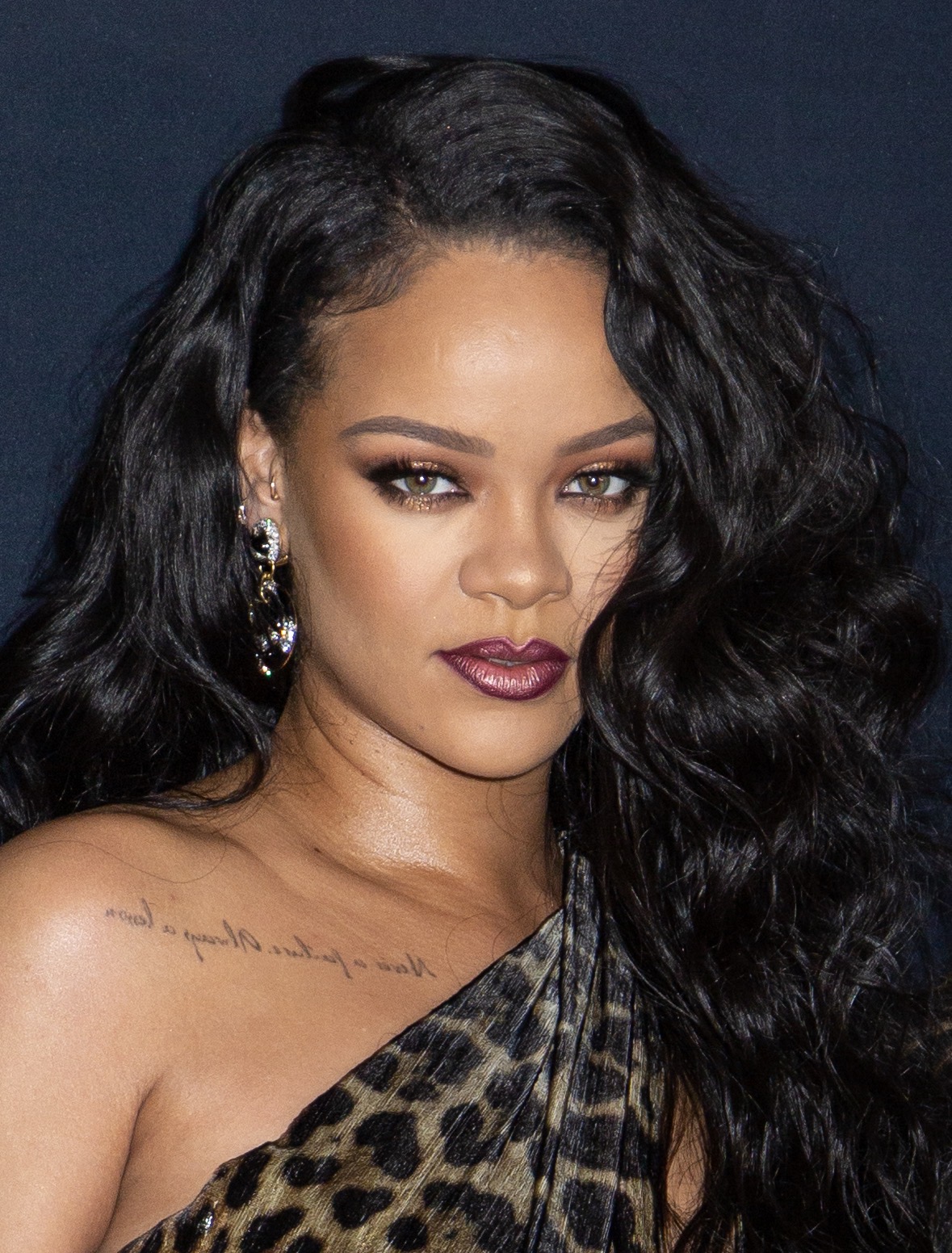 The Umbrella singer received a smack in the face and forehead, leaving her with a ­swollen face and black eye.

She was out at the weekend ­trying to stay low-key while aides brought her food and drink as she waited in a car.

A spokesman said: “Rihanna is fine now but flipped over on an electric scooter last week. Luckily there were no major injuries and she is healing quickly.”

After Simon’s horrific e-bike ­mishap last month, these contraptions should be avoided.

She said: “I was sitting next to the tour bus and crying. I was like, ‘I’m going to document my healing, because right now I feel so horrible’.”

The Baywatch star is reportedly dating her security guard in what sources are calling “the pandemic’s sexiest tryst”. 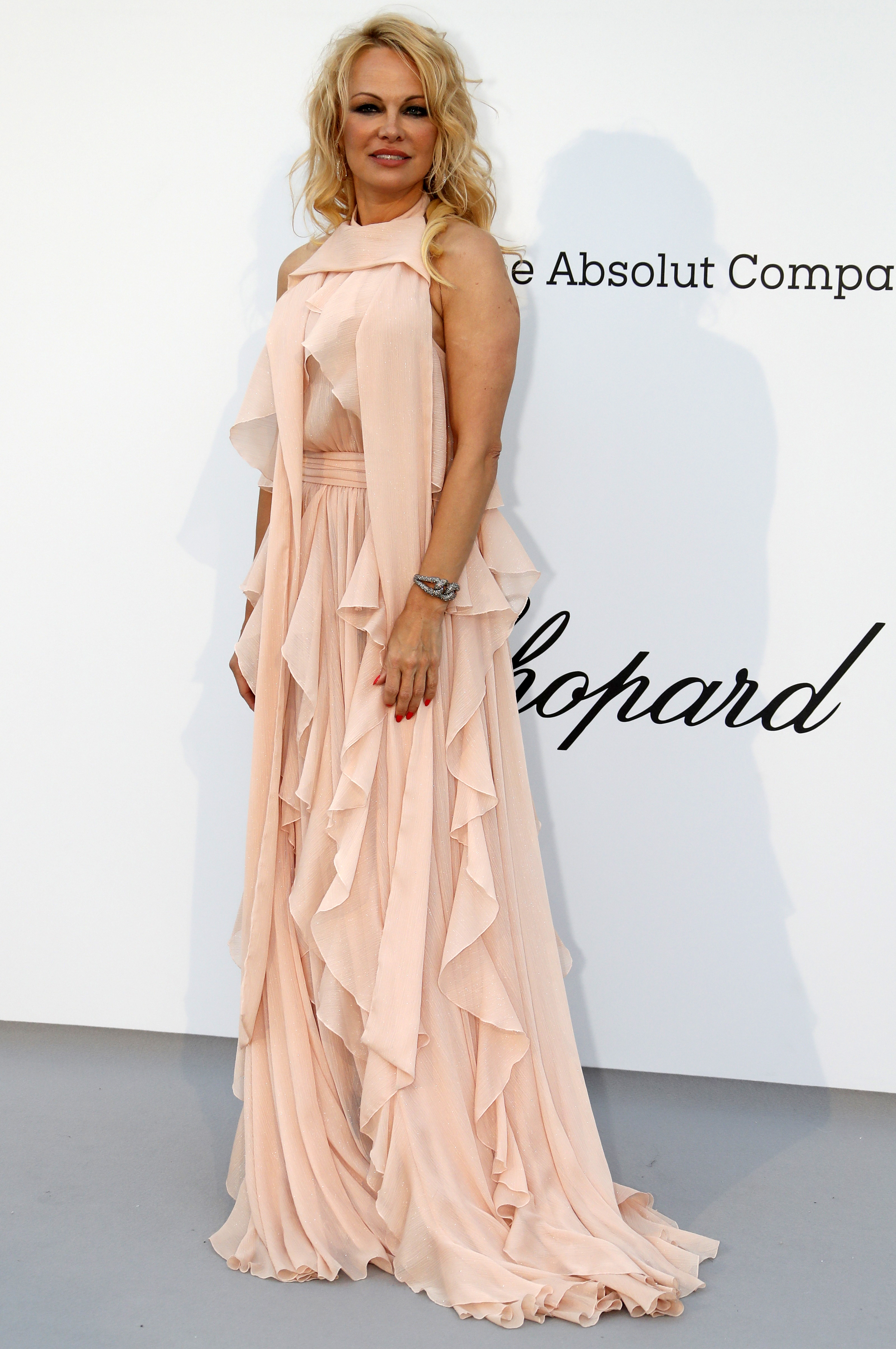 It comes after she separated from husband Jon Peters 12 days after tying the knot in February.

Her new fella, who hasn’t been named, has been her full-time guard for almost two years and they became an item ­during lockdown.

A source said: “The pandemic has been wild for Pamela. She has a serious love interest. He’s in his forties.

"A real man, finally. He knows how to handle her. It’s very cool to see. She’s completely comfortable, and they’re never out of each other’s sight. It’s the pandemic’s sexiest tryst.”

It’s Oz to be love for Zac

IT has finally become clear why Zac Efron has been spending so much time Down Under – he’s dating an Aussie.

The Greatest Showman actor was in lockdown there when he started seeing waitress Vanessa Valladares, who is believed to be staying with him in Byron Bay.

The new couple are thought to have met when she was working in a coffee shop – although she has now quit her job.

And they’re clearly enjoying their time together as they recently returned from a holiday to the ­Australian ski resort of Thredbo.

It sounds like Zac is having his very own movie-style, whirlwind romance.

The US source went on to say they had been ­“jetting around Canada, camping out at chic hotels.”

Her latest mystery man joins a long list of men Pammy has been linked to including Julian Assange, footballer Adil Rami and Kid Rock.

She’s still got a lot of love to give clearly.