The camera-loving 50-year-old splashed her way into the ocean and knelt pouting in the waves, where she appeared to be taking an X-rated snap of her boobs. 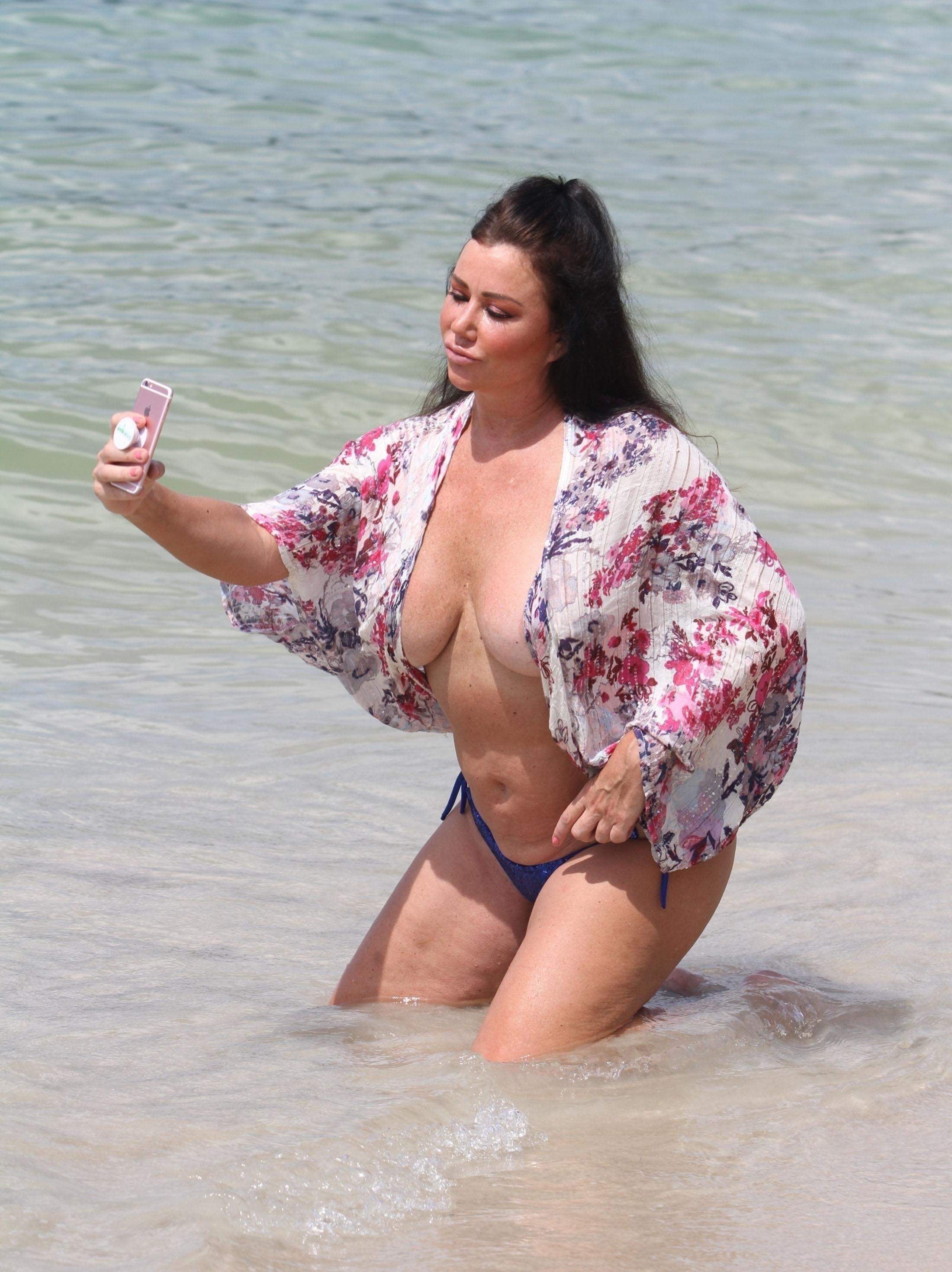 The former Big Brother star, clad in blue bikini bottoms, later stood over the camera for another shot, before strutting around the beach topless.

She then clambered aboard a nearby jet ski with her boobs out while holidaymakers swum around behind her.

However, Lisa won't have got very far – as the jet ski was pointed firmly towards the land.

This is far – very far – from the first time Lisa has gone topless in public. 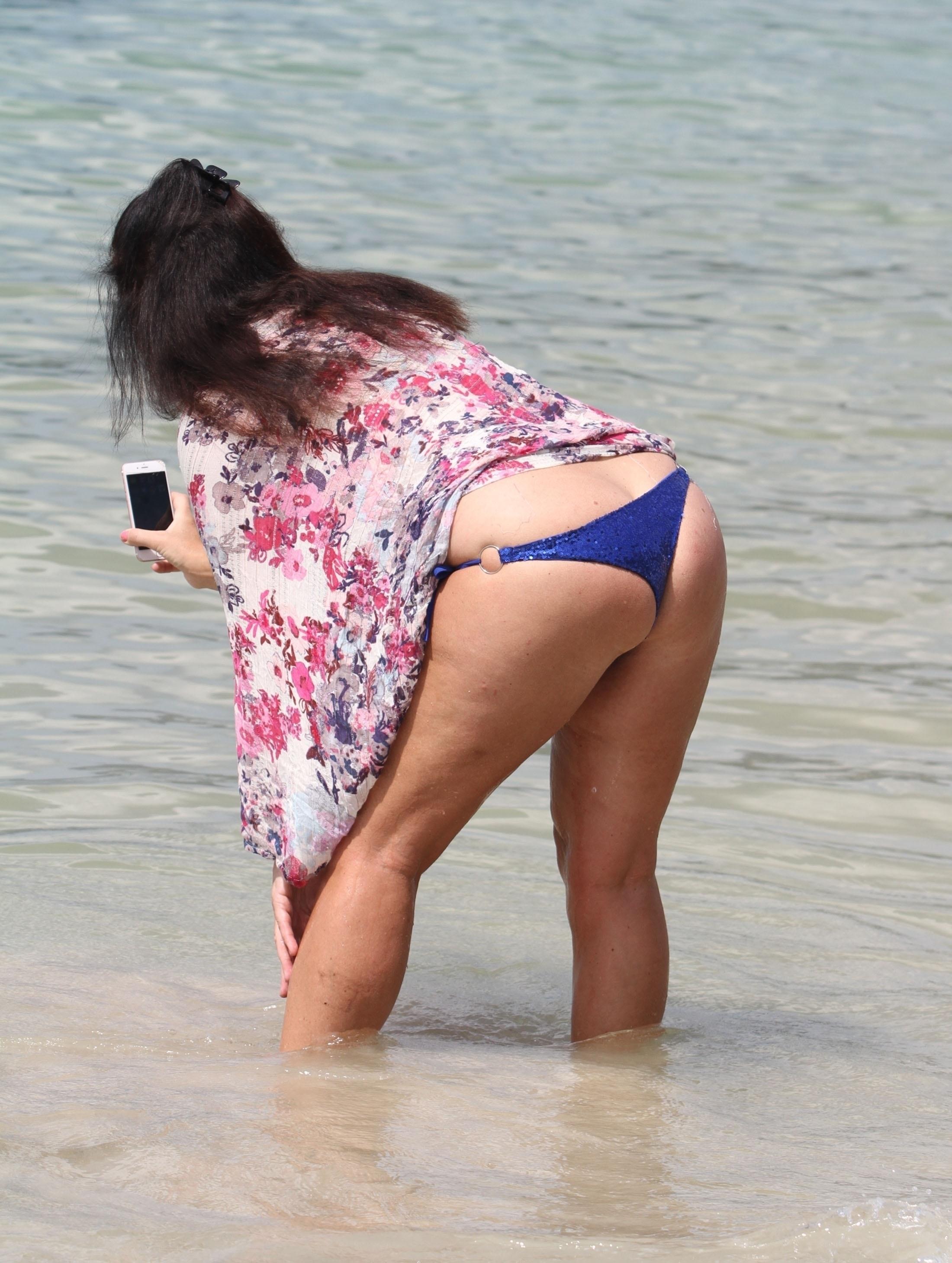 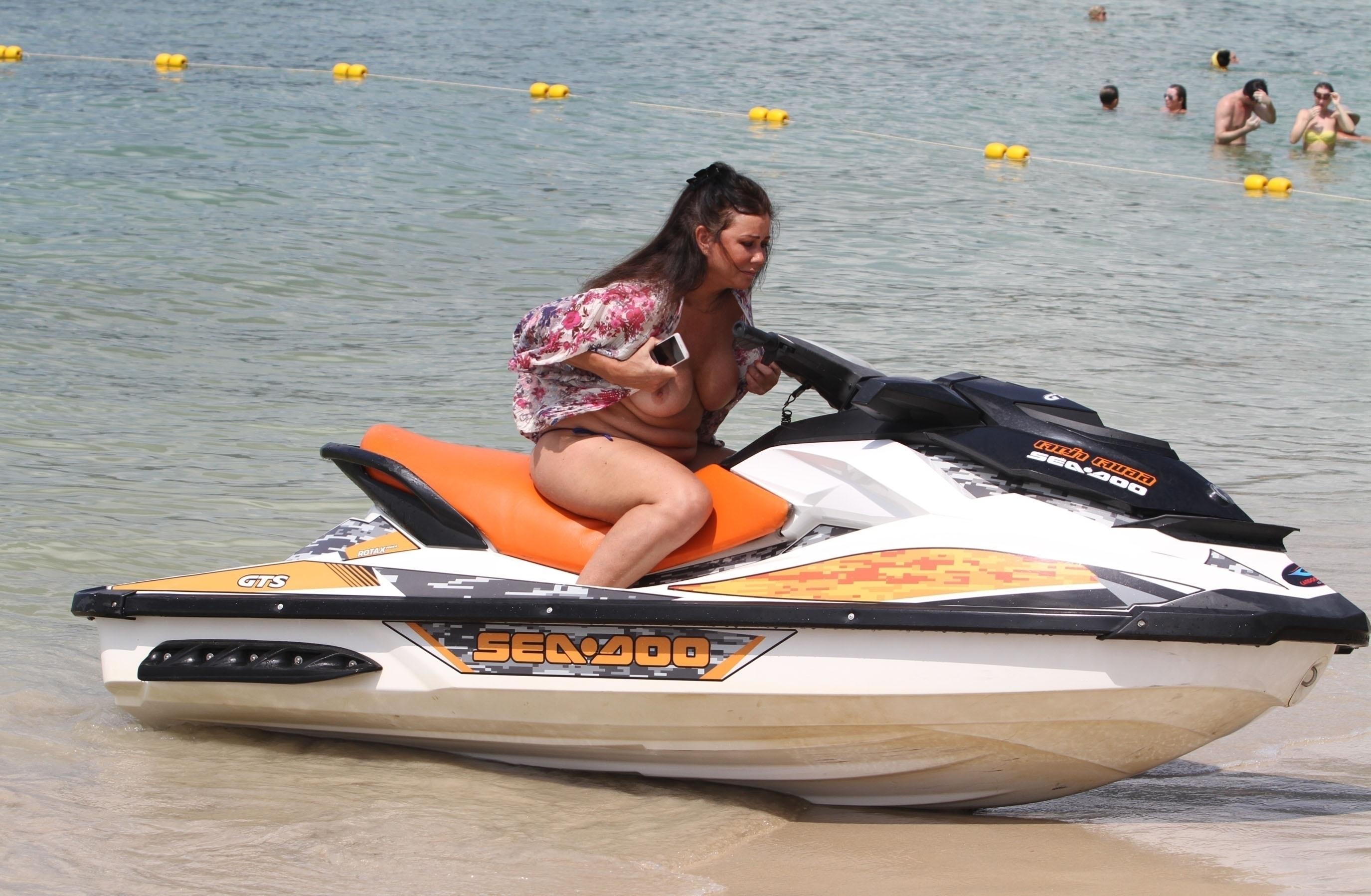 Earlier this year The Sun told how Lisa could be facing jail time for whipping her clothes off because of Thailand's strict public nudity laws.

She had sashayed along a Thai beach with her boobs out in a large black net dress – and in case anyone hadn't noticed her, she put on an eye-catching show by juggling satsumas.

Rules around nudity the South East Asian country are severe, with the star facing a fine or even jail time for indecency if arrested.

Phuket's governor Maitree Intrusos, issued a public warning to tourists about going topless in public in 2014. 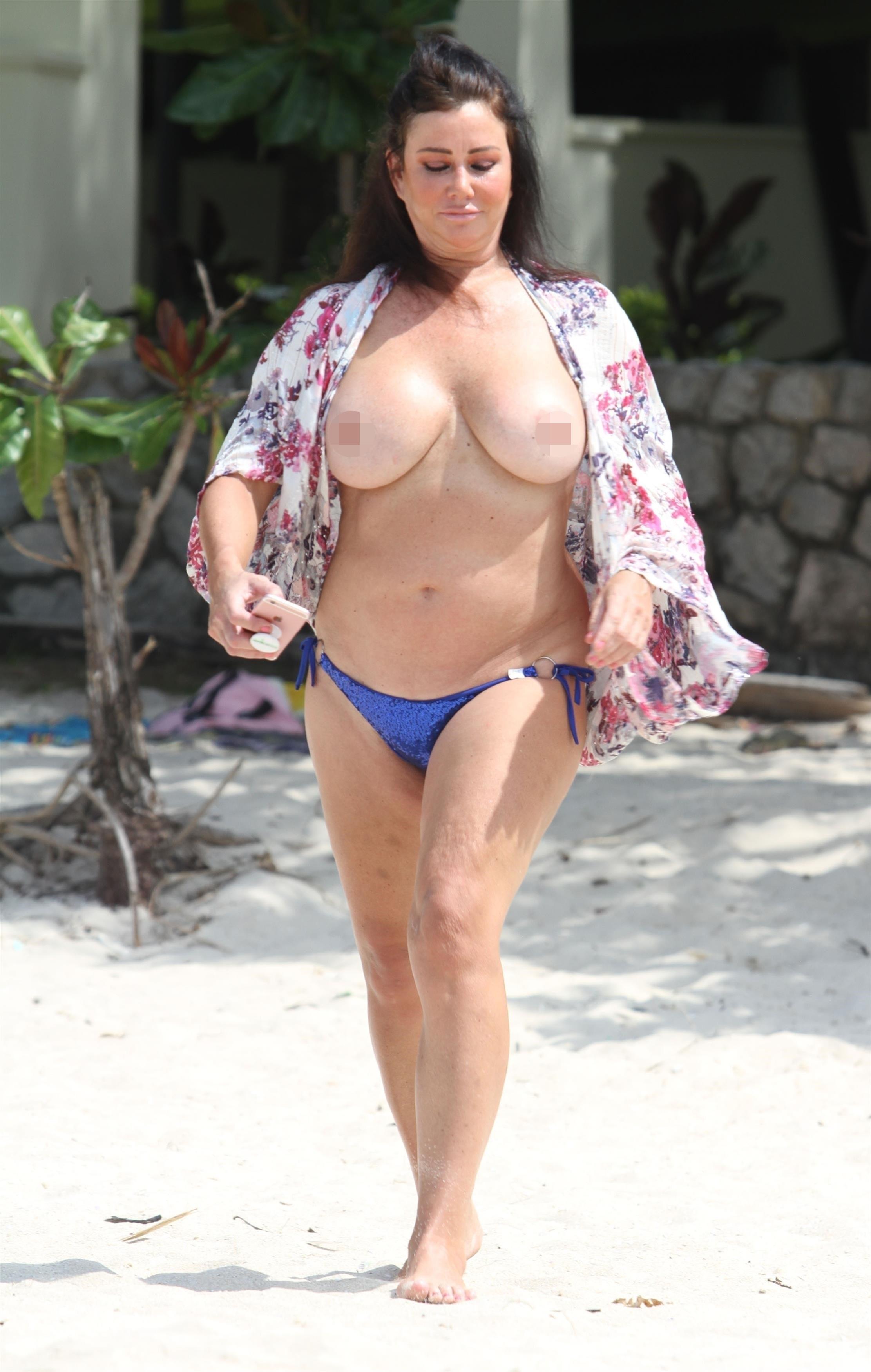 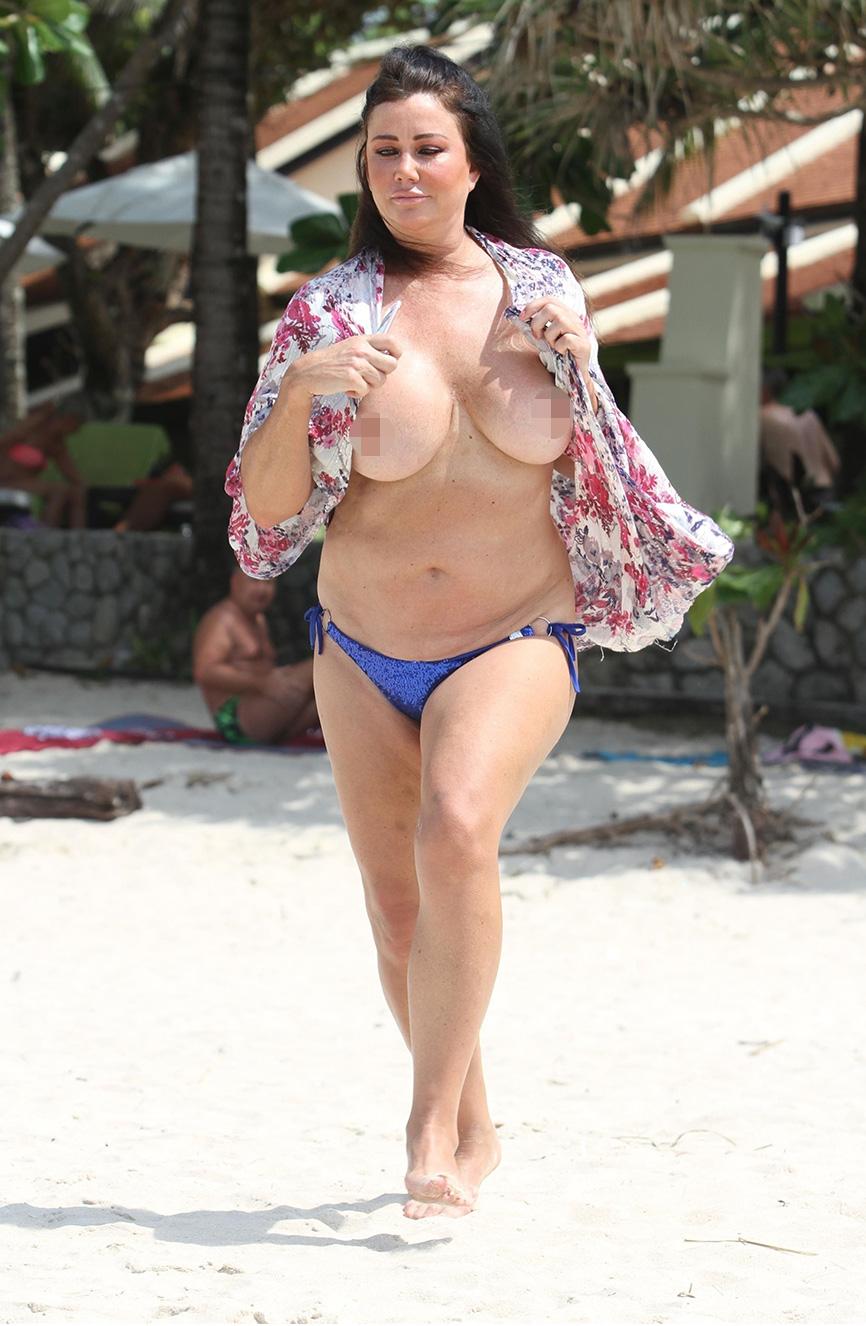 Officials explained: “It's actually against the law and police can arrest and fine transgressors. It's best to remember: ‘When in Rome, do what the Romans do.’”

However, dressing up as a Roman is probably one of the only things Lisa hasn't done to entertain her fans… yet.