Line of Duty: Hastings says ‘I’m the epitome of an old battle’

BBC’s Line of Duty will be back for the third instalment of series six on Sunday, and fans can’t wait. With so many more questions to answer, theories are flying about regarding H, who is or isn’t a “bent copper” and what might happen with Kate Fleming (Vicky McClure). The new teaser on the show’s official Twitter account sees Ted Hastings (Adrian Dunbar) being told to drop the search for H.

Ted is warned to drop his investigation into the mystery person by his boss, DCC Wise.

This and the last series has focused on finding out which corrupt police officer is using the codename ‘H’, with AC-12 always on the look out for potential people.

In the trailer, Wise tells Ted: “You were issued with a final written warning, Ted, don’t waste your last roll of the dice chasing a phantom.

“Your enquiry into H should close. This isn’t about old battles.” 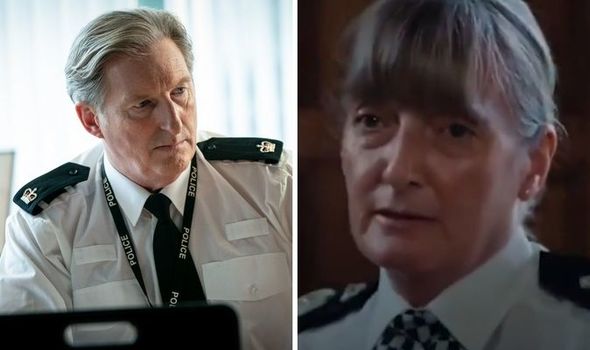 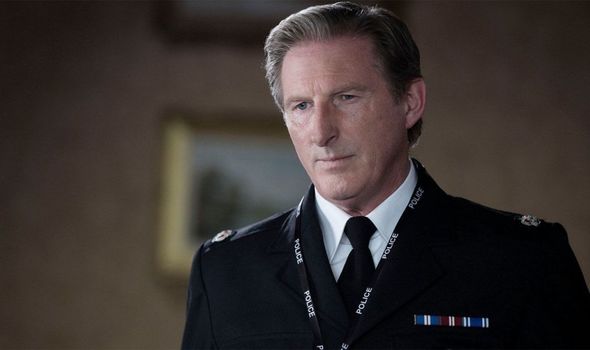 But Ted doesn’t seem so likely to give up, adding: “The name’s Hastings, ma’am, I’m the epitome of an old battle.”

The account posted the clip with the caption: “The name’s Hastings…like the battle! Remember to tune in to @BBCOne at 9pm on Sunday 4th April for episode 3 of #LineOfDuty.”

Fans were quick to respond with theories of their own, with one saying: “I bet its her [Wise] why’s she so desperate to close the case? H for her.”

Another said: “I also think that she is a strong contender for H. But you cannot exclude the possibility that she is more worried about the force’s reputation.

“You have to remember she stood next to the PCC when he said there is no institutional corruption.” 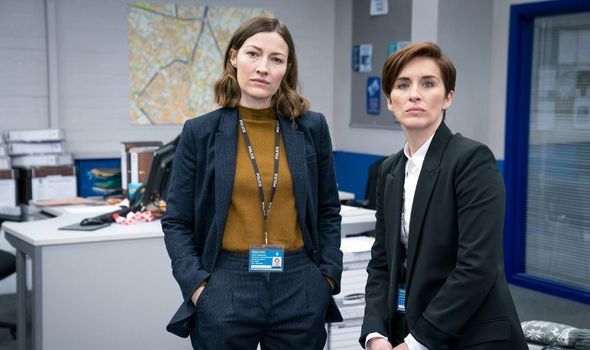 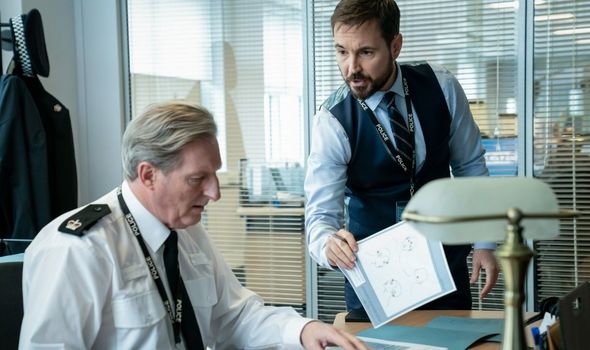 One person added: “I have to watch the whole scene but it looks like she has stopped short of making it a direct order.

“I think she knows that of she did he would not follow it. Also if she did it would like she was covering up corruption which would be career suicide.”

“The names Hastings madam like the Battle! What a line! What a line of Duty! Fight that battle Hastings,” another viewer wrote.

Some were concerned that Ted’s iconic lines could mean something more sinister. One said: “I’m so worried about Ted using all his sayings…is this his farewell.”(sic)

Others have also speculated Ted’s death, and being arguably the most iconic character in the show, this would definitely come as a shock.

Last week’s episode offered up some more twists, with the detectives looking into journalist Gail Vella’s death, and the hunt for the killer led to some more questions.

Viewers discovered that Ryan Pilkington (Gregory Piper) is now working alongside Kate, but she couldn’t quite put her finger on who he was.

Another surprise came when Kate betrayed Steve Arnott (Martin Compston) regarding some information he gave her.

It didn’t take long for people to attempt to connect the dots, and many viewers think Kate is still working undercover – but only Hastings knows.

One took to Twitter to say: “I am guessing that Kate is deep undercover and only Hastings knows #LineOfDuty.”

Another echoed this view, saying: “Ted is hating on Kate too much. Is she secretly undercover/in cahoots with him without Steve’s knowledge and trying to gain Jo’s trust to blow the whole thing wide open? Face with monocle #LineofDuty.”

One said: “What is going on with Kate??? We’re going to end up with some Inception-level of undercover here aren’t we? How are we supposed to keep up with these twists AND follow on Twitter at the same time?! #LineOfDuty.”

Viewers will have to wait until tomorrow to see what might happen with Ted and the rest of the team, but as with every episode, will probably be left with more questions and speculation before getting solid answers.

Could this series really see the end for Ted? And is Kate in too deep?

Line of Duty returns to BBC One on Sunday at 9pm.