Millions of people across the UK face hosepipe bans after an official drought was declared in parts of southwest England, parts of southern and central England, and the east of England. Marina Purkiss, a political commentator and panellist on the Jeremy Vine Show, reacted furiously to the possible hosepipe bans, as she shamed water companies for not doing more to stop the crisis. She condemned water companies for not fixing pipes “that leak 2.4 billion litres of water a day”.

Speaking on the Channel 5 programme, Ms Purkiss hit out at demands on Britons to cut down their water usage.

She said: “These are sticking plaster solutions, we are in such a state here and we’re not looking at the cause of this.

“They are asking us to do this, we can’t water our geraniums.

“But privatised water companies are leaking 2.4 billion litres of water every single day.”

JUST IN:  Tony Blackburn speaks out as BBC blasted for ageism 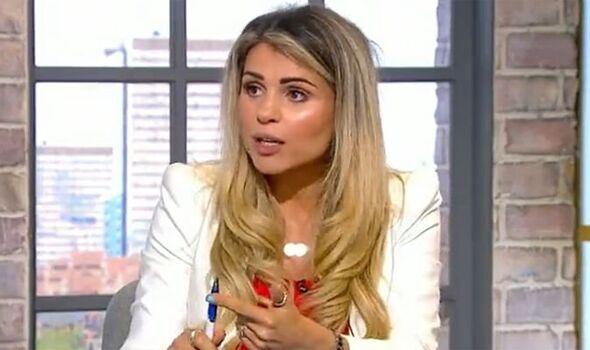 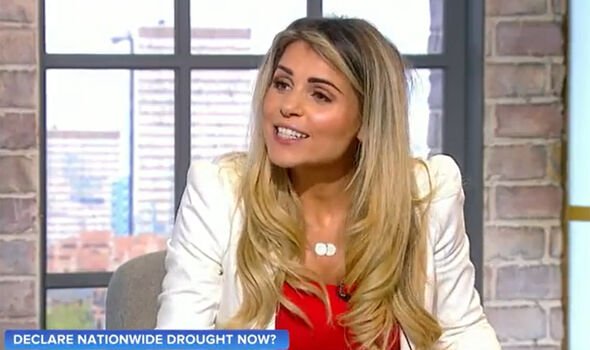 Host Jeremy Vine said it was the equivalent of filling up 900 Olympic-sized swimming pools a day.

Ms Purkiss continued: “The whole idea of privitising utilities like water is bringing in leaders that know how to drive value for the end consumer.”

“They should have put their profits back into building reservors, and our water infrastructure.”

She later tweeted: “Hosepipe bans for you and me…

“All while water companies have paid out £73bn to shareholders since privatisation.

Drought to be declared for some parts of England 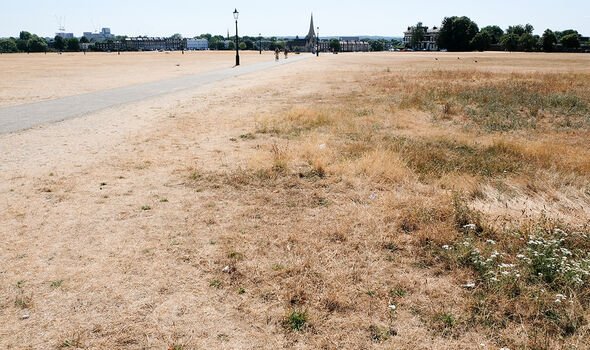 “And not built a SINGLE reservoir. Nor fixed pipes that leak 2.4 BILLION litres of water. Every Single Day. And I’m fuming again…”

The official declaration of drought is expected to trigger stricter controls on water use.

The public and businesses in drought-affected areas should be “very mindful of the pressures on water resources” and use water wisely, according to the Environment Agency. 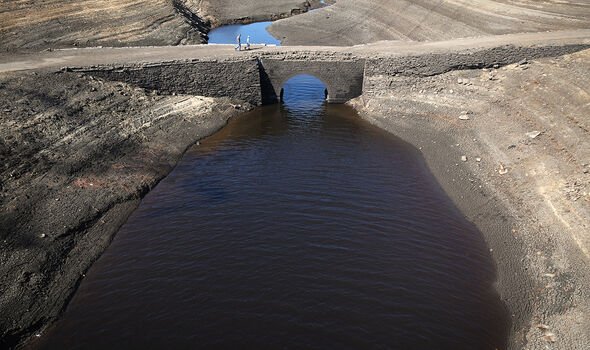 This coincides with a four-day extreme heat amber warning in place for parts of England and Wales, with temperatures forecast to hit 37C.

The senior officials discussed contingency plans for dealing with the driest summer in 50 years.

‘Surprisingly hardy’ crops to grow in drought – including tomatoes
Nature will recover but will The Blob? asks FREDERICK FORSYTH
Yorkshire Water hosepipe ban declared as Brits face new restrictions
What happens if a drought is declared? Rules Britons have to follow
The worst droughts in UK history CHARTED: How will this one compare?