“And I don’t like to think about that a lot, but it is the truth,” “Orange Is the New Black” alum says 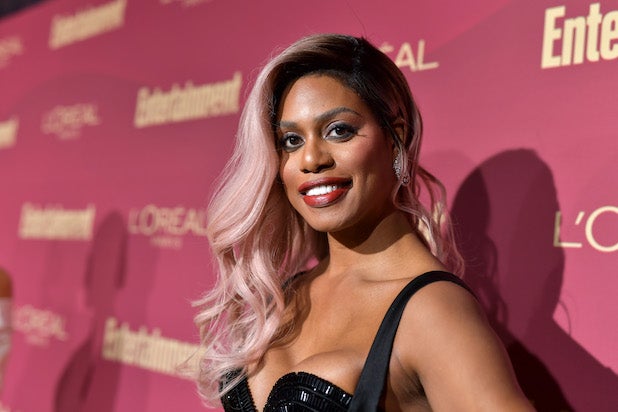 Laverne Cox said she and a friend were physically attacked by a man while walking in a Los Angeles park over the weekend after he questioned whether the transgender actress was a “guy or girl.”

The “Orange Is the New Black” alum took to Instagram Live Sunday to report the incident, which she said left her “in shock” and “super triggered.”

Cox said she was wearing a hoodie and a mask on a “socially distanced” walk in L.A.’s Griffith Park with her friend (whom she is trying to keep “anonymous”) when a man walked by them and “very aggressively asked for the time.” Her friend told the man the time and then the man asked “guy or girl?” referring to Cox.

Cox’s friend told the man to “f— off” and then, “All of a sudden, the guy is attacking my friend,” the actress said. “The guy is asking for the time and then he’s like hitting my friend,” she continued, noting that she pulled out her phone to dial 9-1-1 but her friend quickly “de-escalated it” and the man disappeared.

It’s unclear if Cox or her friend reported the incident to the Los Angeles police. The LAPD and Cox’s reps did not immediately respond to TheWrap’s request for comment.

Cox recorded the video from home, saying she is “safe” and her friend is “fine,” but that she felt “triggered” by the attack that happened when the two were “literally just walking through the park.”

“My goodness gracious. It’s just, it’s not safe in the world,” she said. “And I don’t like to think about that a lot, but it is the truth. It’s the truth and it’s not safe if you’re a trans person. Obviously I know this well. Yeah, it’s just really sad.”

Cox said the man who attacked her friend was “looking for trouble.”

“Looking for trouble because I happened to be a trans person in public. That’s all it felt like… And this isn’t shocking to me, obviously this has been my life, I’ve dealt with this a lot… But it never fails to be shocking, I guess. This has happened to me before, it’s happened many times, it’s not new. I’ve been trans my whole life. I’ve been harassed and bullied my whole life. None of this is new but it’s still just kind of like, who cares? And then why do you need to be aggressive?”

Cox said “living in fear is not a good thing,” but she warned her followers to “stay safe out there” and “be aware of your surroundings.”

“Even before the pandemic, I’ve always been very careful about where I go and what I do. And I’m just hyperaware whenever I leave the house because of my history of this kind of thing.”

Cox also emphasized that “it’s not your fault if something like this happens to you” and “there are people who are not cool with you existing in the world” if you are a transgender person. “It doesn’t matter who you are, you can be Laverne Cox, whatever that means, and if you’re trans, you’re still going to experience stuff like this.”