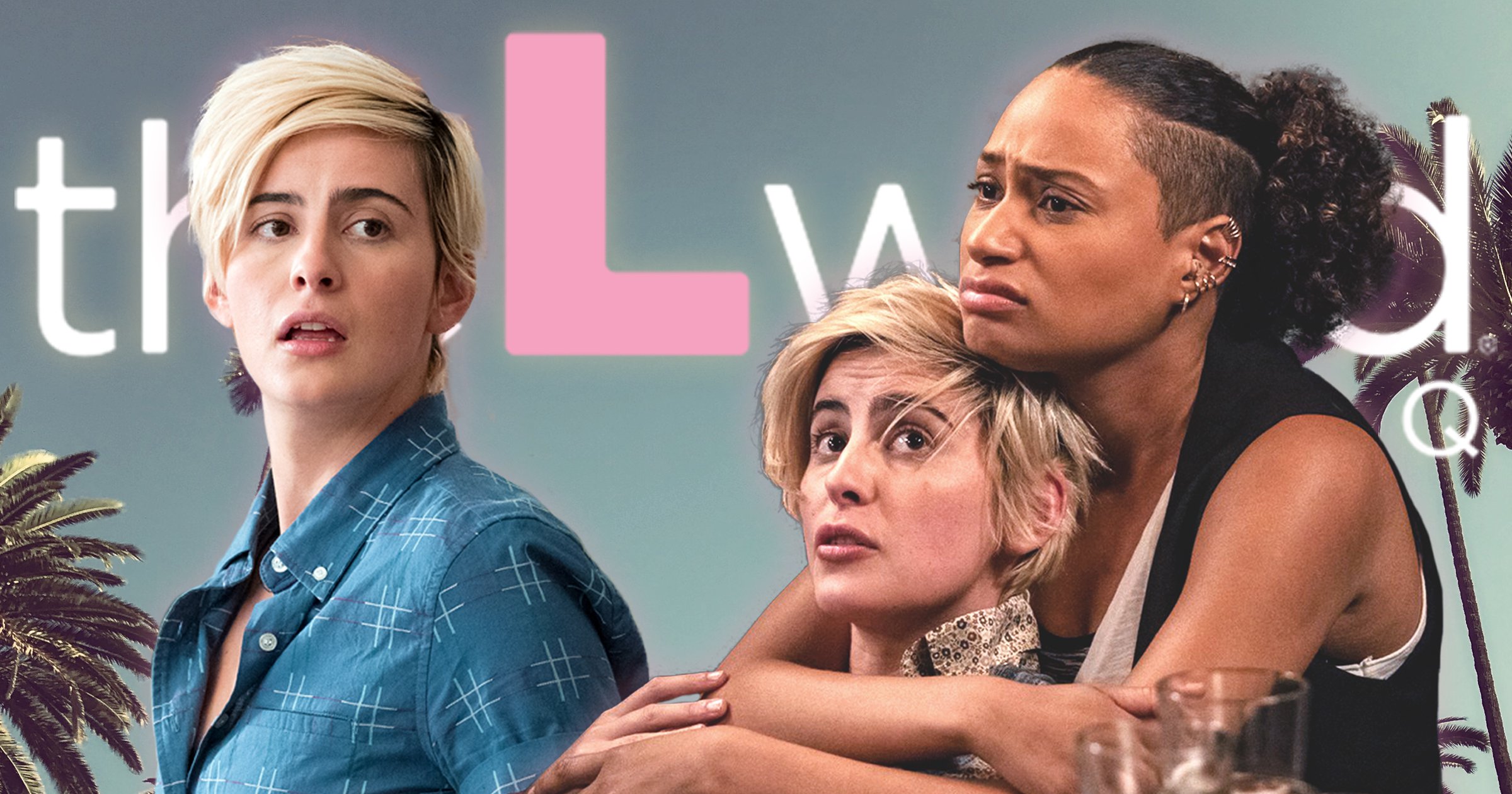 The L Word: Generation Q season 2 has kept viewers on their toes with Finley (played by Jacqueline Toboni) and Sophie’s will they/won’t they relationship.

Their romance has been nothing short of complicated since their feelings for each other were first realised and there’s currently no sign of the messiness petering out. As it stands, Finley’s painful past and alcohol issues are bubbling to the surface and Sophie (Rosanny Zayas) is still somewhat coming to terms with Finley breaking up her marriage to Dani (Arienne Mandi) on their wedding day.

Metro.co.uk exclusively caught up with Jacqueline Toboni to discuss Finley and Sophie’s sticky situationship, the upcoming season finale, and hopes for a season three. She also shared Finley’s surprising past career which regrettably never made it to air.

‘I really like them together,’ Jacqueline tells us proudly. ‘I think they’re kind of a polarizing couple of the show. I think a lot of people don’t like Sophie for Finley and Finley for Sophie.’ Acknowledging that they’re both flawed characters, she continues: ‘They both have some baggage that they have to figure out and work through in order to be together. With Sophie, she’s just broke off her marriage and is immediately jumping into something else, so I think she needs to figure out what she wants and what she needs from a partner.’

But here lies the issue: ‘Do they go their separate ways and risk losing each other forever, or do they stick together and work through it even though it’s not right right now?’

Jacqueline wasn’t aware that Finley and Sophie were going to be love interests until after the first few episodes of series one were filmed.‘ Later in the season they told us, “You guys are really dynamic on-screen because you play with each other and it’s really fun. We want to see more of that”,’ she shares.

It was during lockdown when Jacqueline learned that Finley would break up Sophie and Dani’s wedding. Her reaction? ‘Oh my God, that is so horrible I can’t believe she would do that!’ Although she finds Finley fun to play, Jacqueline also finds her ‘incredibly frustrating’. ‘It’s hard to see yourself being like that and I do think “God, why is she saying that?”’ she grimaces. But she recognises that she could ‘easily have been a Finley’ and in fact, a lot of the way she used to talk is written into the script.

In episode seven, Light, things finally seemed to be heading in the right direction for Finley and Sophie. That was until Finley drunkenly got behind the wheel of the car to drive them both home and subsequently got pulled over by the police in a stomach-sinking cliffhanger. While this might not necessarily mark the push Finley needs into shaking up her act, Jacqueline has ominously vowed the remaining two episodes ‘gets dark’ for her character.

Finley’s dependency on alcohol has certainly become more noticeable as the series has progressed. ‘I think that’s what Finley needs to work on,’ Jacqueline comments. ‘Her self-worth. She gets wrapped up in thinking her currency is people thinking she’s fun and her social prowess. The stuff with her family is definitely intertwined too and she uses it [alcohol] as a crutch.’

While viewers know only snippets of Finley’s background, such as her leaving home as a teenager and her bad relationship with her religious family, her past career has never been mentioned. Jacqueline, however, reveals that producers had initially written her to be an Olympic swimmer but sadly this truly golden gem was cut after showrunner Marja-Lewis Ryan saw her treading water in a deleted scene. Yes, really.

‘Initially, when I did the show, Finley was an Olympic swimmer and that was a huge part of her character,’ she recalls with a laugh. ‘It was like she had one track her entire life and she always had a schedule but she wasn’t good enough to be good at the Olympics – but she was big and her value was tied up in that.’

Finley’s career as a swimmer was mentioned in the pilot and featured in a later episode after she had broken up with the priest (Olivia Thirlby). Sadly though, these scenes will never see the light of day. ‘I’m in the pool treading water and I’m depressed because the priest and I just broke up. Sophie and I talking,’ Jacqueline says of one of the axed moments. ‘Marja sees the footage of me in the pool she’s like, “There’s no way an Olympic swimmer would be doing that.” And I was like, “But I’m just out her chilling… it’s my off time.” It was totally bad!’

Just two episodes remain until the hotly anticipated season two finale and there’s a lot still to be answered. Teasing what viewers can expect in three words, Jacqueline chuckles: ‘Breakthrough, ups, and downs… If I say another word, it’s going to ruin the finale.’ Giving fans a sprinkling of hope that we’ll also see a smidge of growth from Finley’s side, she adds: ‘I’d say Finley is the lead character in her own storyline. Previously, Sophie was the lead character in Finley and Sophie’s story.’

So, what does Jacqueline hope to see of Finley come series three, should the show be renewed for another chapter?

We’re all keeping our fingers crossed.

The L Word: Generation Q airs Mondays at 9pm PT/ET on Showtime in the US.