SATURDAY AM Update: Even though 37% of the entire Los Angeles theatrical market is back online, it was enough to propel the DMA to the top weekend spot on Friday with $427,2K, repping a +1,100% jump from the same period a week ago. Los Angeles will feasibly be the No. 1 box office market this weekend, besting New York with well over $1M.

Meanwhile, over at the El Capitan Theatre last night on Hollywood Blvd, Raya and the Last Dragon star Kelly Marie Tran and the pic’s director Carlos Lopez Estrada greeted returning moviegoers. While the numbers may not appear amazing at first glance, Raya and the Last Dragon‘s Friday posted $1.4M at 2,261 theaters (+98), even with the same day a week ago and headed for a third weekend of $5.7M, even percent wise with last weekend. That’s a hold any studio would envy, and it’s indicative that there is a yearning in the nation to go back to the movies. Running total for Raya by tomorrow is $24.8M, with the pic also available to Disney+ subscribers for an extra $30.

As far as the complete return of exhibition, we still have a ways to go in the U.S. and Canada market with only 3,1K locations of 5,88K back online, that’s still with 98% of AMC and 92% of Cinemark operating. The lack of No. 2 chain Regal leaves a big hole. In addition, only 18% of the Canadian province Ontario, which contains the Toronto DMA, is open. On the bright side, 47 of California’s 58 counties have reopened cinemas and are operating between 25%-50%. Sources tell me that by Easter weekend, if not shortly after, Los Angeles movie theater capacities could jump to 50%, knock on wood.

Second place goes to Warner Bros.’ Tom & Jerry which grossed an estimated $1.02M in its fourth Friday, +2% on its way to $4.3M at 2,508 sites (+54), +5% for a running total on Sunday of $34.1M. The pic is still available on HBO Max, free to subscribers, for another eight days before theaters have the animation hybrid exclusively during the title’s second month run. 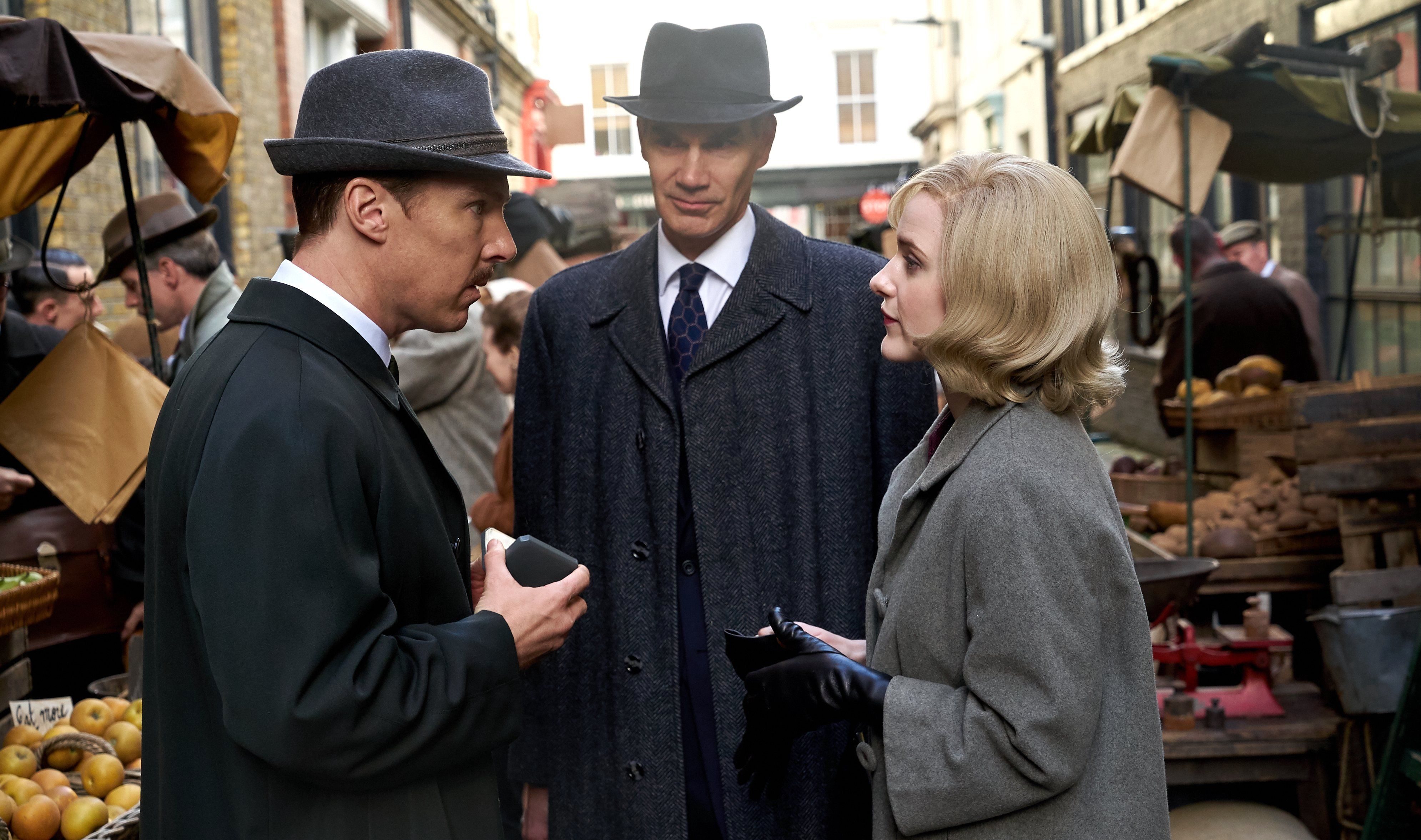 Fourth goes to Roadside Attractions’ new wide entry thriller The Courier starring Benedict Cumberbatch and Rachel Brosnahan, which made $671K yesterday at 1,433 locations, on its way to a $1.95M debut. Pic has an 83% certified fresh rating on Rotten Tomatoes and earned an 82% positive score with a very good 62% definite recommend from Screen Engine/Comscore PostTrak audience exits. Fifty-seven percent guys showed up, 85% over 25 with 66% over 35 years old. Diversity demos were 72% Caucasian, 11% Hispanic, 8% Black, & 9% Asian. Courier played best on the East coast overall but their best market was Salt Lake City, I hear. The Dominic Cooke directed feature follows Cold War spy Greville Wynne and his Russian source who try to put an end to the Cuban Missile Crisis.

Sixth place is owned by Focus Features’ Eddie Huang movie Boogie with a third weekend of $640K, -18% for a running total of $3.3M. The movie starring  Taylour Paige, Pop Smoke and Taylor Takahashi grossed $180K on Friday, -18% from a week ago.