KOURTNEY Kardashian's daughter Penelope, nine, under went a dramatic hair makeover as she showed off her bright new red locks.

Fans have slammed Kourtney for showing too much PDA with her fiancé Travis Barker in front of Penelope. 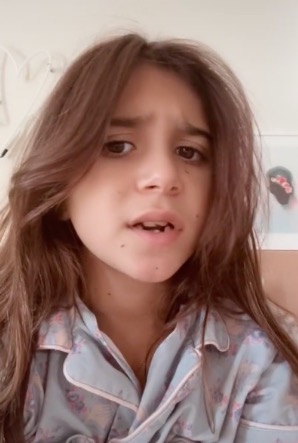 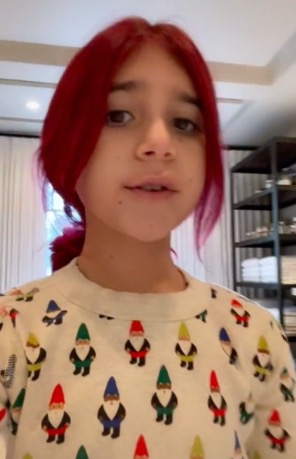 Kourtney, 42, and Penelope share a joint TikTok that Penelope mostly posts on.

Penelope took to the social media app to show off her brand new hair.

Comments were disabled on the post, but it has racked up over 189K likes.

This comes after Penelope rocked a $1.8K Gucci coat ahead of the Kardashian Christmas Eve bash.

In addition to Penelope, the Keeping Up With the Kardashians alum also shares sons Mason, 12, and Reign, 6, with ex Scott Disick, 38.

My brother Michael used to call me pig, cow and a slut, reveals Janet Jackson

ROLLING IN THE DEEP END

Earlier this week, Kourtney and Penelope did an adorable dance on their joint TikTok after Kourtney was slammed for her PDA displays.

In the video, Kourtney and Penelope stood behind a charcuterie board filled with fruit, flowers and other items.

The song playing over the clip built up for a few moments while the Poosh founder grabbed a strawberry.

She and Penelope then began to dance, moving their hands up and down almost in synchrony.

The post comes after Kourtney shared a sweet note from her daughter.

In it, Penelope gushed over her mom, calling her "the best."

She wrote: "Merry Christmas I love you so much you are the best mom in the world."

Amid her wholesome moments with family, Kourtney has been facing backlash from fans over her and Travis' PDA.

Last week, Travis shared a photo of himself kissing his future wife's foot.

He captioned the post: "All I want for Christmas."

Kourtney replied in the comments: "You've been extra good."

Fans weren't amused by the display, with one writing: "Please stop it."

Another begged: "Travis wtf," while a third commenter said: "Yo what?"

Someone else chimed in: "you have time to delete this."

Kourtney and Travis ignored the backlash.

The pair have been no strangers to public displays of affection, nor are they new to backlash.

Earlier this month the duo were criticized for inappropriate PDA in front of Penelope.

The drama kicked up a notch when the two kissed and cuddled in front of Kourtney's daughter.

The former Keeping Up With the Kardashians star shares Penelope, as well as sons Mason and Reign, with ex Scott Disick.

She came under fire after posting footage of herself and Travis spinning in circles together.

Before the clip came to an end, Travis grabbed his fiancée and trapped her in an embrace.

The couple nuzzled each others necks as Penelope looked on.

Travis proposed in October after several months of dating.

Kourtney was looking to impress her soon-to-be stepdaughter, Alabama Barker.

She gifted her $500 Gucci sliders for her sixteenth birthday.

Travis' daughter has been a rising favorite of Kardashian fans as she has made several appearances with Kourtney's children, nieces and nephews on TikTok.

Alabama, 15, took to the social app to share a new clip alongside Penelope, nine, and North, eight.

The influencer filmed herself selfie-style and close to the camera as she smiled and bobbed her head back and forth to the music.

The content creator made a funny face while the words "meet my friends" appeared on the screen.

Alabama then quickly switched the camera view as Penelope and North appeared, also bobbing their heads to the beat.

Travis' daughter has sparked up a friendship with both Kourtney and Kim's kids after her father proposed to the Poosh founder in October.

Since then, all three girls have been sharing various videos on TikTok as they grow their social media presence. 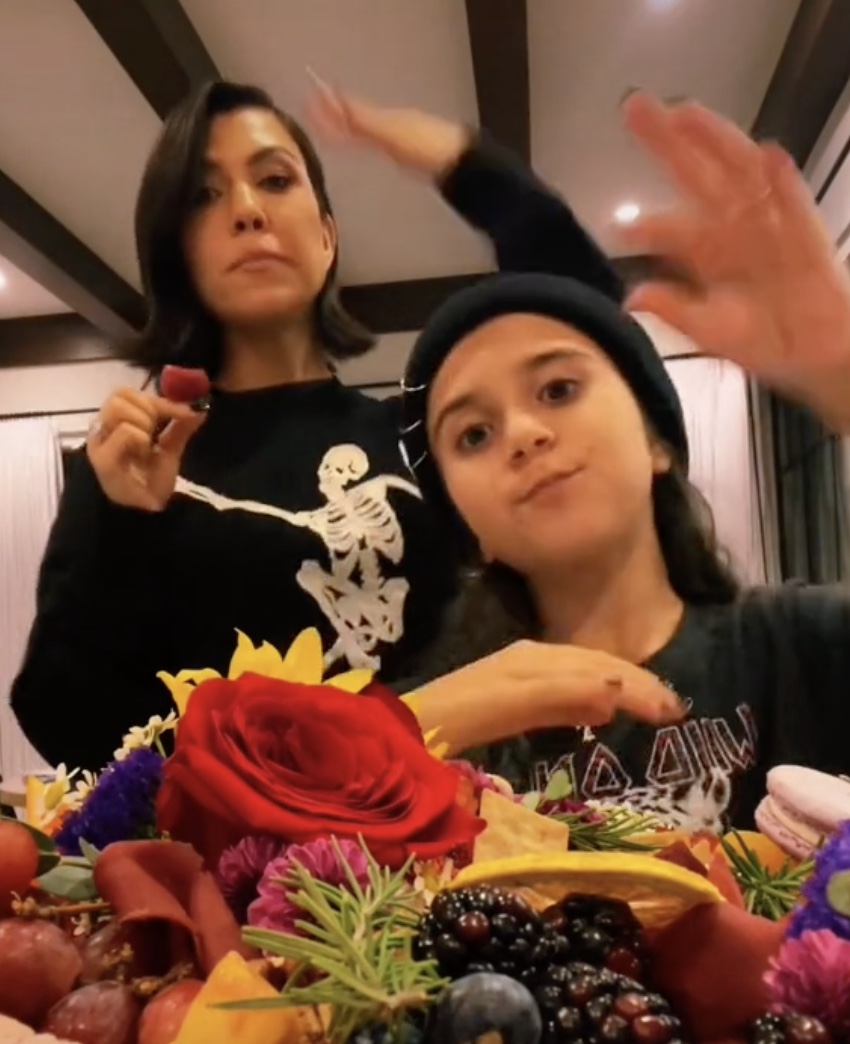 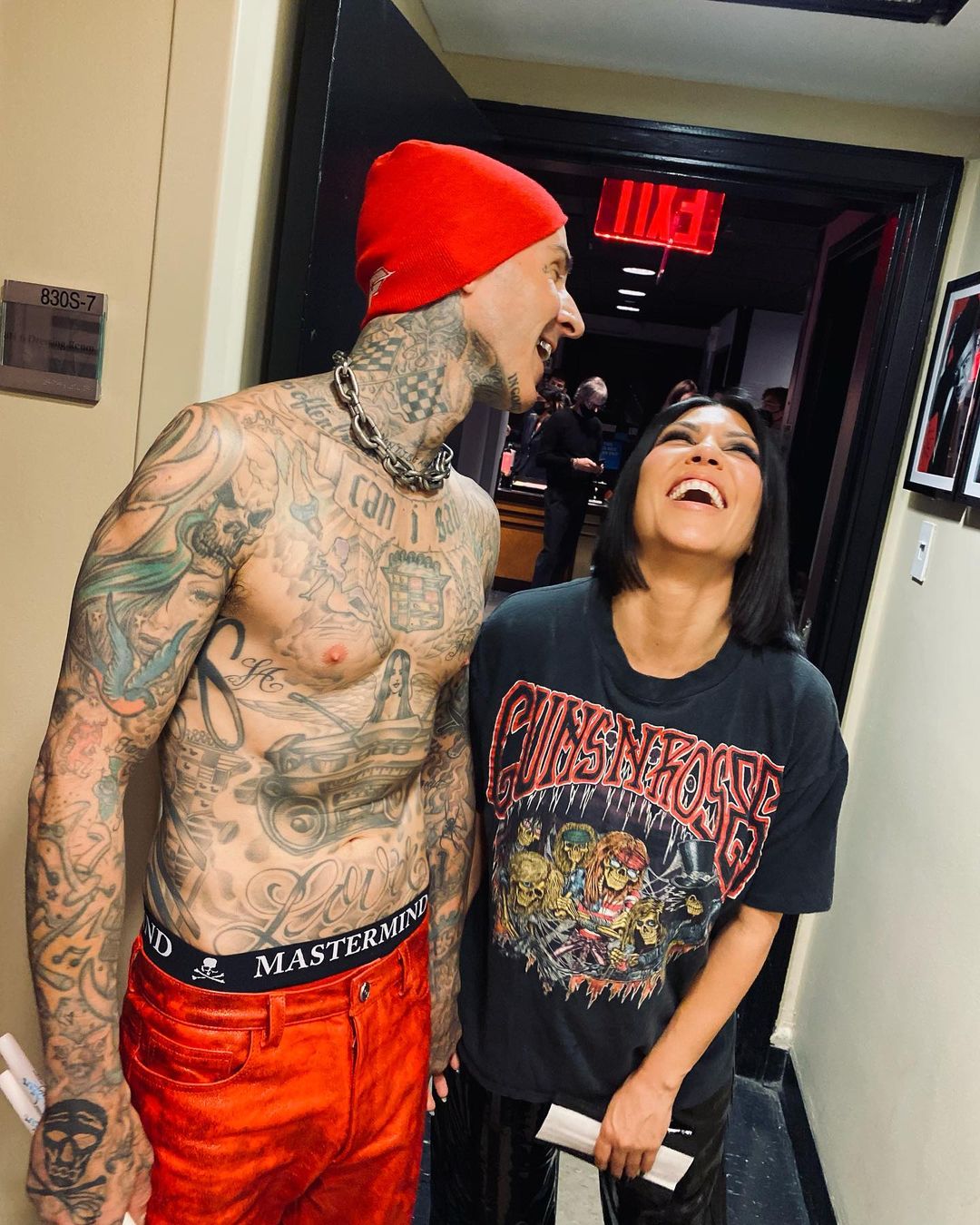 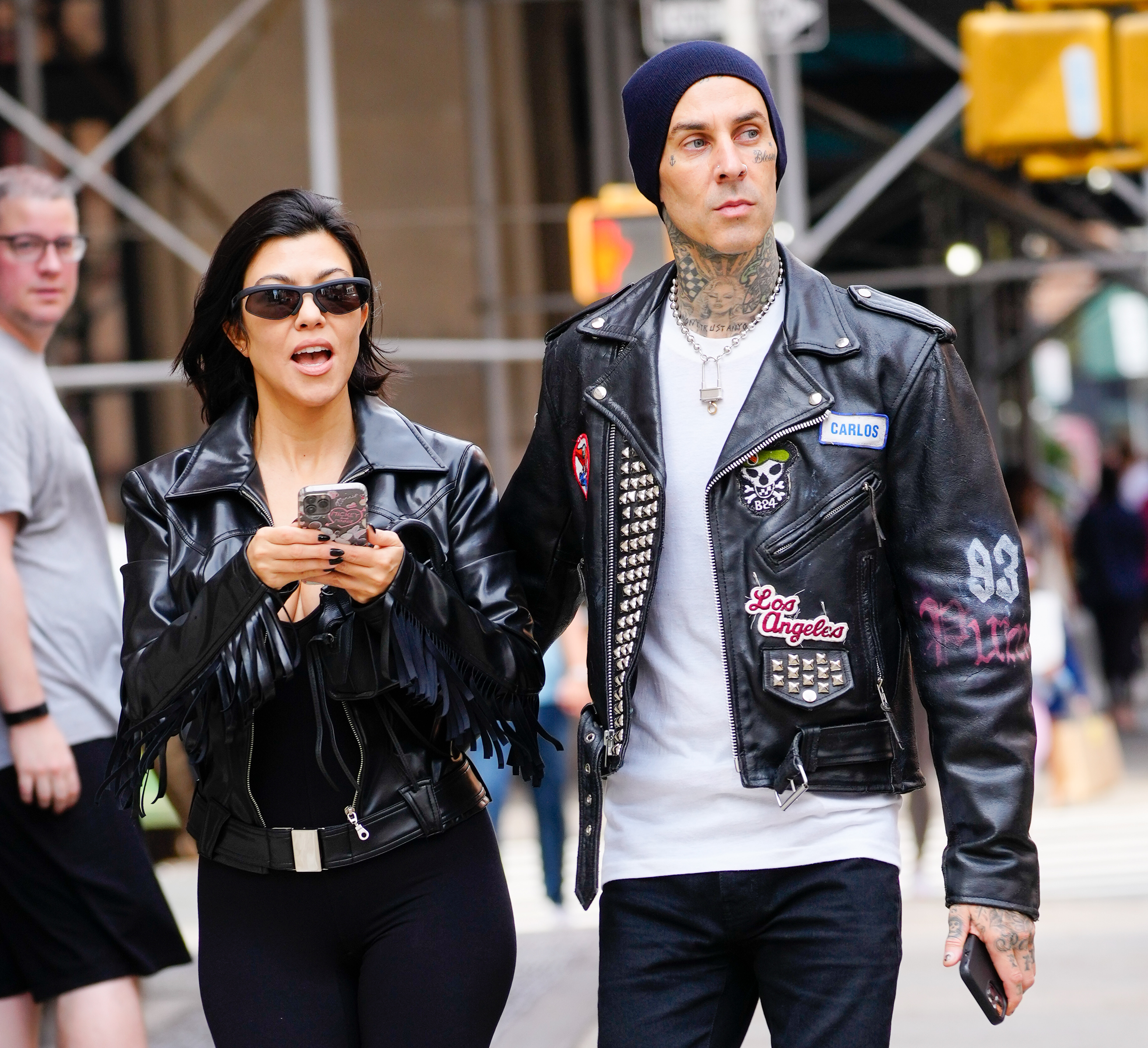