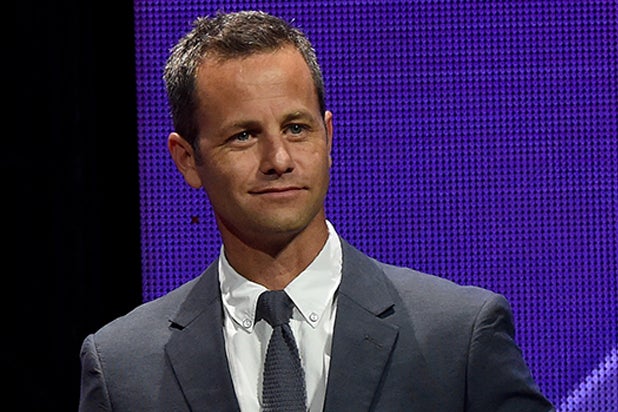 Cameron organized the event, which took place Tuesday night outside The Oaks mall in Ventura County. Ironically, a COVID-19 testing center is located next door. The event, which Cameron described on his Instagram page as a “Christmas Caroling Peaceful protest,” drew about 100 people, ABC7 reported.

The Oaks mall wanted nothing to do with Cameron and his followers, tweeting, “We do not condone this irresponsible – yet constitutionally protected – peaceful protest event planned. We share your concern and have notified the Sheriff’s office. As well, we have reached out to the event planner to ask that they do not use The Oaks as their venue.”

On Wednesday, during the daily briefing, Dr. Ferrer said of the event, “I’m at a loss of words at this point. It’s very irresponsible and very dangerous and it’s unnecessary. We’re in the middle of a pandemic.”

Cameron, who starred in the 2014 Christian film “Saving Christmas,” had promoted the event to his followers on social media in the weeks leading up to it, writing, “We will be having another Christmas Caroling Peaceful protest this Sunday, December 13th at 5pm at the SE parking lot of the Oaks Mall. Join me and many others to sing the songs of the Christmas season by candlelight and spread the message of Christ’s love and liberty.”

This is the second “protest” that Kirk Cameron has organized. After the first one, which took place earlier this month, Thousand Oaks Mayor Claudia Bill-de la Pena said, “Liberty and freedom are very fragile and they come with great responsibility. Continuing to hold large gatherings and ignoring all guidelines, I feel, is unchristian.”