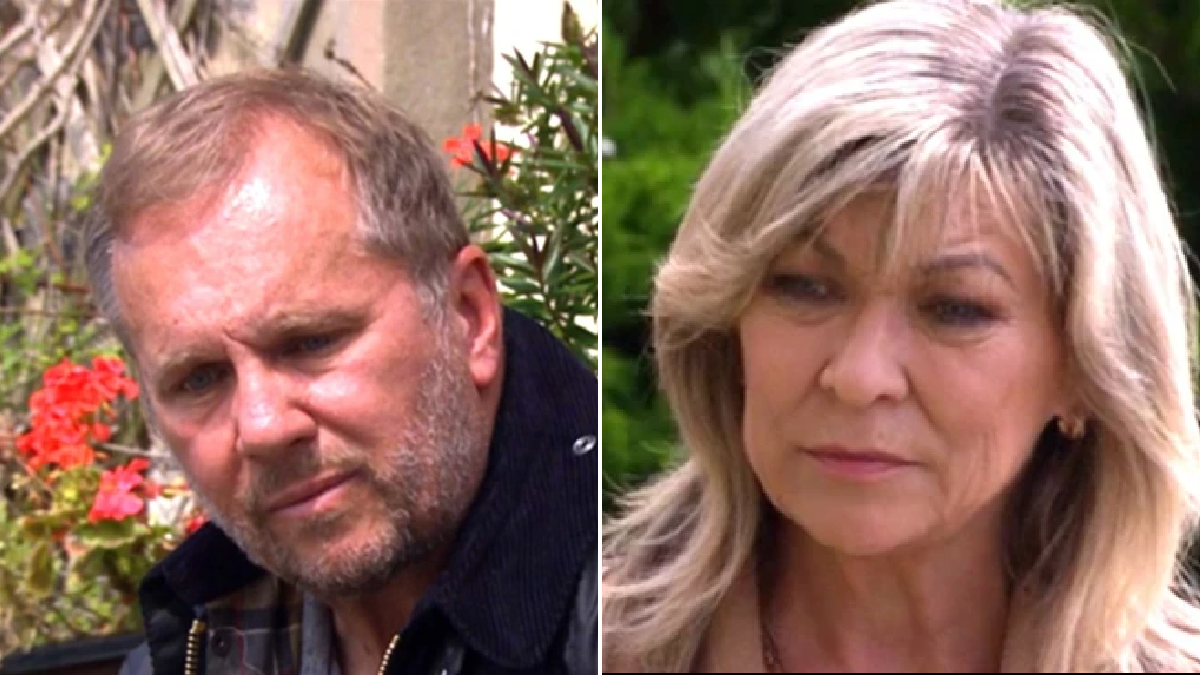 Last year, bent copper Malone made his arrival in Emmerdale and terrorised many of the resident’s lives.

However, after causing hell for Dawn (Olivia Bromley), Will (Dean Andrews) and Harriet (Katherine Dow Blyton), Malone’s life came to an end when Dawn shot him.

Since then, Dawn, Will and Harriet made a pact to keep Malone’s death a secret.

In the process, however, Will and Harriet were forced to dig up and move Malone’s body – onto the same land where Priya (Fiona Wade) and Ellis (Aaron Antony) want their base camp for the upcoming survival challenge.

Tonight, despite Will’s efforts to keep Priya and Ellis away from the land, Kim (Claire King) agreed to let them move their base camp.

Picking up on Will’s strange behaviour, Kim became determined to find out the truth, leading to confessing her love for him!

After Will’s anxiety attack, he returned to Home Farm with Kim.

Eventually, Will told Kim that the base camp site can’t be on the specific land because he killed someone, and the body is buried there.

Kim was taken aback, but will Will confess it’s Malone’s body?

And how will Dawn and Harriet feel if they discover their secret has been exposed?