Kelly Ripa has been off Live with Kelly and Ryan for the past few weeks and is certainly making the most of her time away from work.

While fans are worried she won’t be returning – fear not – as this is something the mother-of-three enjoys doing each summer, in order to spend quality time with her family following a busy working year.

The new Live season will be kicking off in September, and until Kelly is back her seat has been kept warm by guest co-hosts including Ali Wentworth and Luke Bryan.

So what is Kelly doing during her time off? By the looks of it, the star is having a wonderful time at her home in the Hamptons.

The mother-of-three has shared several photos on social media taken from her home there – which is located by the sea. It appears her children have also been spending time with her there, as son Michael Consuelos recently shared a stunning scenery photo taken at night while there.

Also during her time off, Kelly and her husband Mark Consuelos have been spending time with their famous friends, including Casey Cott, 30, who stars as Kevin Keller in Riverdale alongside Mark. 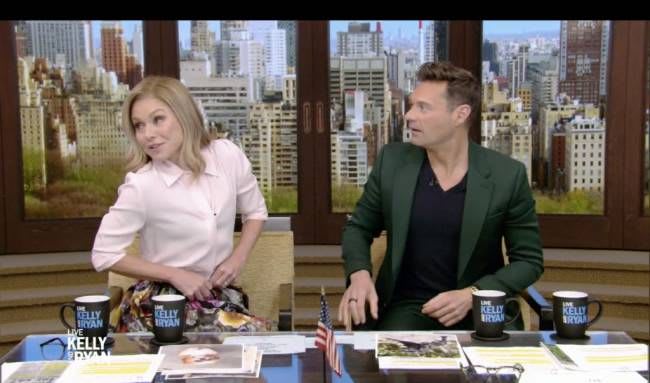 They have had reason to celebrate too, as their daughter Lola Consuelos released her debut single last week.

Kelly’s break away from work is much-needed, as come September she will be busy promoting her first ever book, Live Wire.

News of Kelly’s debut book was announced in July last year, with the former soap star sharing her excitement on Instagram Stories at the time.

She wrote: “Just announced! Live Wire by Kelly Ripa coming 2022 from Dey St. Books.” Taking to his own Stories to re-share his wife’s post, Mark had the sweetest response, adding: “@kellyripa can’t wait!!!! So good! So proud!!!”

According to Dey Street Books, a HarperCollins Publishers imprint, Live Wire will include a “sharp, funny, and honest collection of real-life stories from Kelly Ripa, showing the many dimensions and crackling wit of the beloved daytime talk show host”.

It will also feature “a collection of personal essays on childhood, motherhood, marriage, her career and the intersection of all the above” and will be “surprising, at times savage, a little shameless and always with humor”.