Kelley Flanagan may not have gone far on The Bachelor, but she’s seemingly winning after the show.

She and Peter Weber decided to give love a shot after spending some time in quarantine together.

Kelley decided to let him live with her, as they talked about how they met before the show, and how everything played out.

As fans may recall, Peter got engaged to Hannah Ann, broke things off with her, decided to pursue runner-up Madison Prewett, and then finally settled in with Kelley in Chicago in the spring after The Bachelor was over.

Since then, the two have bonded over their time together in quarantine and have started a serious relationship.

Now, fans are wondering when these two are taking things to the next level.

While a proposal may seem like the natural next step in the Bachelor world, some people are wondering if kids are on the horizon for these two.

Kelley recently shared a photo of herself with a newborn, letting fans know that she was finally an aunt. The baby’s name appears to be Thomas Christopher. 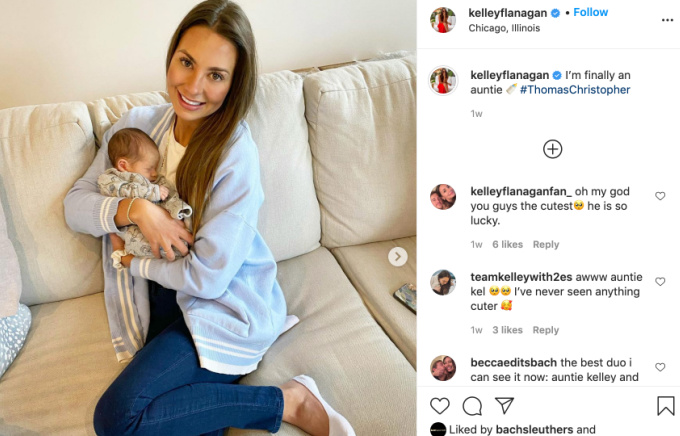 Fans were excited for Kelley, sharing their thoughts and sweet words in the comments.

But one Bachelor Nation alum decided to ask a more personal question. Dylan Barbour from Bachelor In Paradise asked about when Kelley and Peter were planning on having kids, so he could be the drunk uncle. 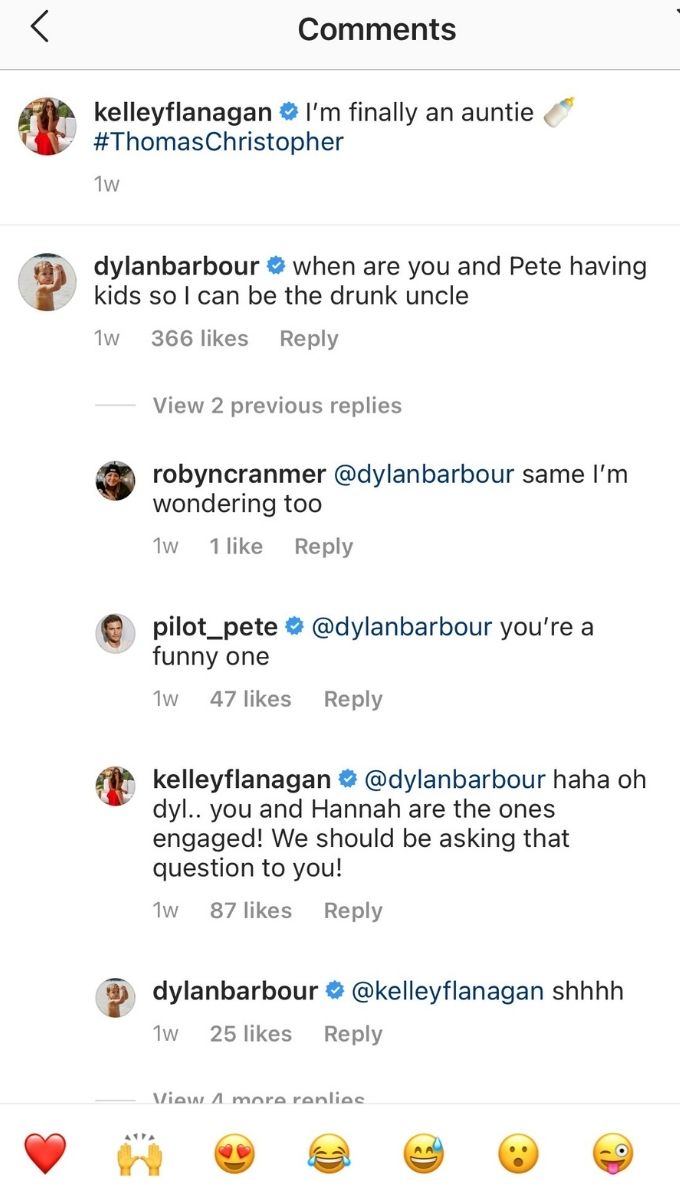 Dylan got engaged to Hannah Goodwin on last year’s season of Bachelor In Paradise. The two have revealed that they have no plans to settle down and are just enjoying life together.

Dylan seemed to shut down Kelley’s inquiry with a simple, “shhh.”

While kids may not be on the horizon for Kelley and Peter, they do have big plans when COVID-19 settles down.

On October 1, Kelley revealed that she didn’t see herself moving to Los Angeles where Peter had lived with his parents. She wants to live in a big city, such as New York City or continue living in Chicago.

Back in August, we reported that Peter and Kelley were spending their time doing mini-vacations during the pandemic, something that didn’t always sit well with fans.

Fans were angry with the couple, calling them out for traveling so much when the rest of the population was following the rules and staying home.

The Bachelorette airs Thursday, November 5 at 8/7c on ABC.