KATIE Price was slammed as "harmful" for letting her youngest kids Jett and Bunny critique a racy episode of RuPaul's Drag race featuring a copycat of the star herself. 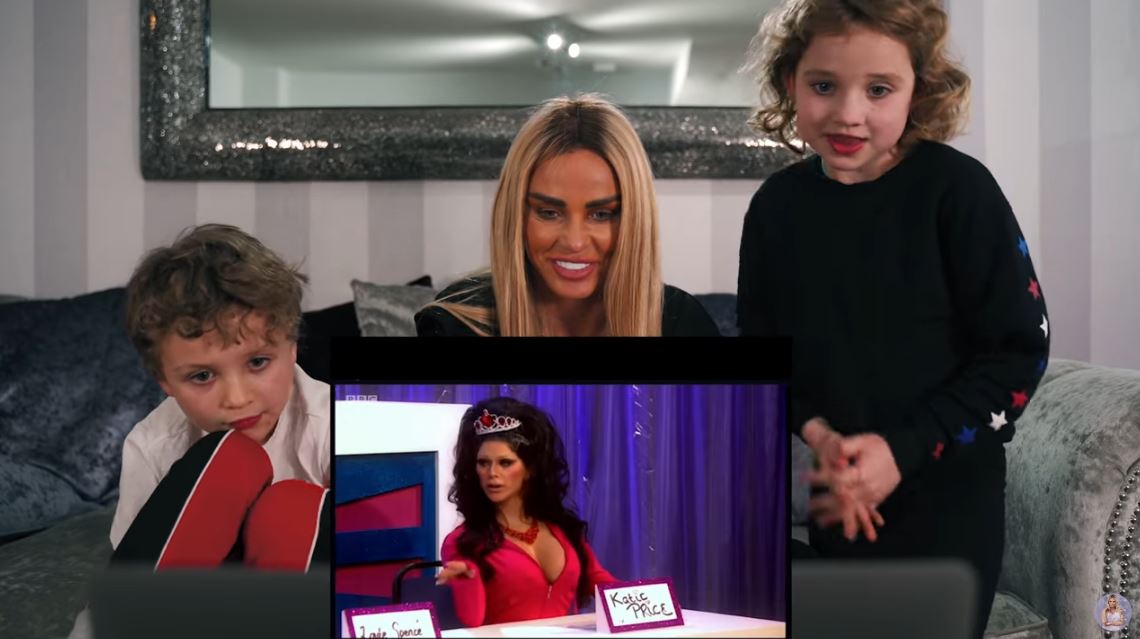 The trio sat on the sofa ready to watch a recent episode of the BBC's RuPaul Drag Race series, which featured drag queen Bimini Bon-Boulash as ever-glamorous Katie in the Snatch Game.

It began as RuPaul announced: "Tabloid royalty, Katie Price is here!" before Bunny let out a huge cackle of laughter.

Bimini, dressed in a plunging pink dress and flowing brunette wig to look the spit of the model turned businesswoman, quipped: "Is it cold in here or is it just my nipples?"

The cheeky comment prompted Jett, seven, to look questioningly at his mum while his little sister let out another laugh. 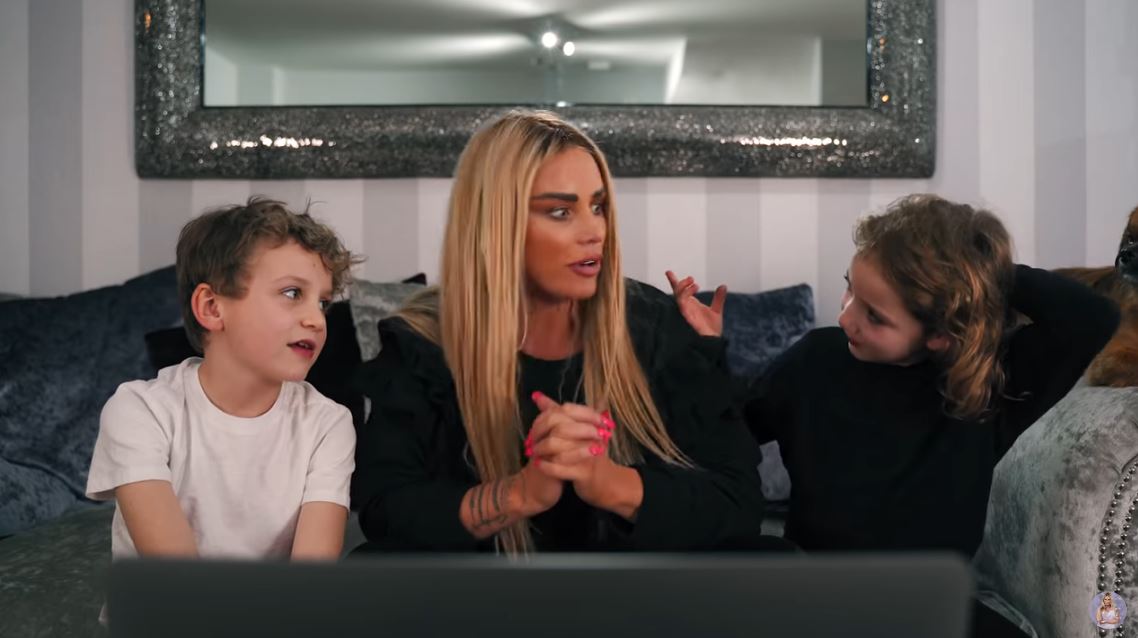 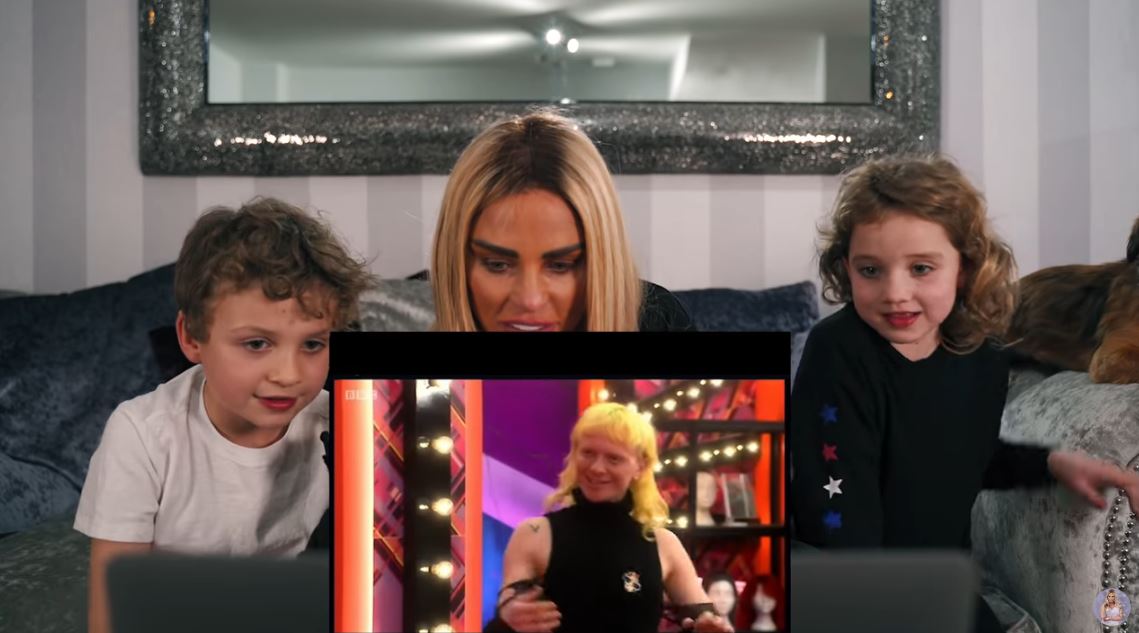 Bimini then added: "You know what they say Ru, the nipples are the eyes of the face – and you've got gorgeous nipples!"

Perhaps a little embarrassed, Jett whispered behind his hand and appeared to ask if Bimini's nipples were in fact real.

The jokes, complete with the schoolchildren's reaction, sparked a frenzy of comments under Katie's video.

While some praised her for being open enough to introduce her kids to drag queens at a young age, others were more sceptical. 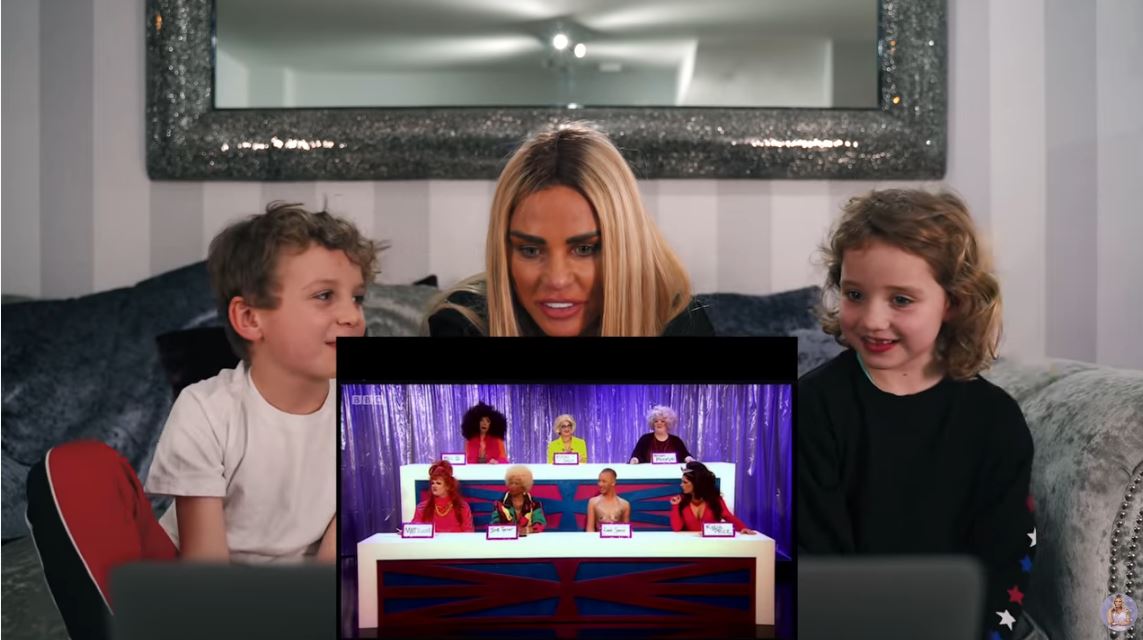 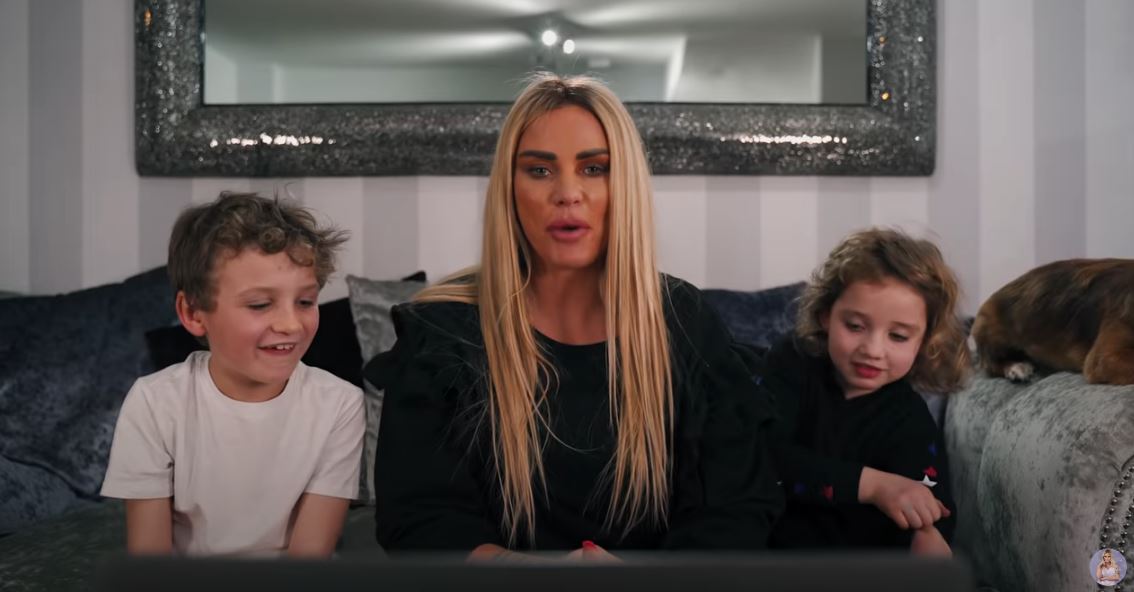 One wrote: "Kids too young for this chat, its no this time."

Another mused: "I always love watching Katie's videos but this is just not right why would u expose little kids to this it's very harmful."

One then posted: "This show is not suitable for kids their age, they'll be so bloody confused 😱," as one argued: "Why would you think this is age appropriate for 2 young kids? and what’s with all the swearing? she gets worse by the minute."

A fan then bluntly quizzed: "Why are kids involved?" 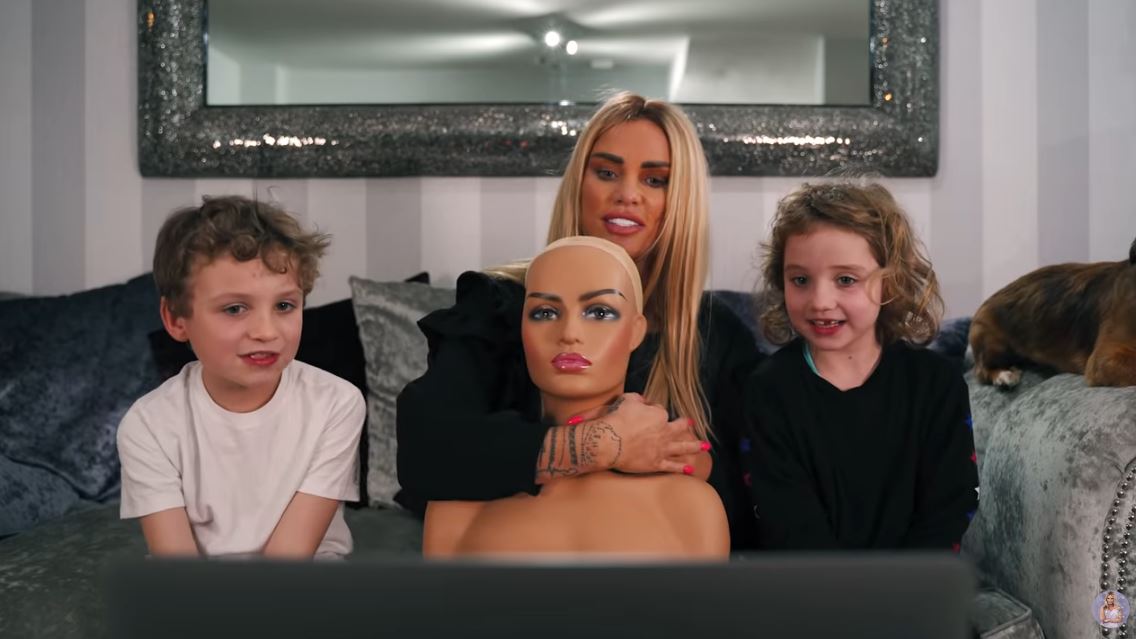 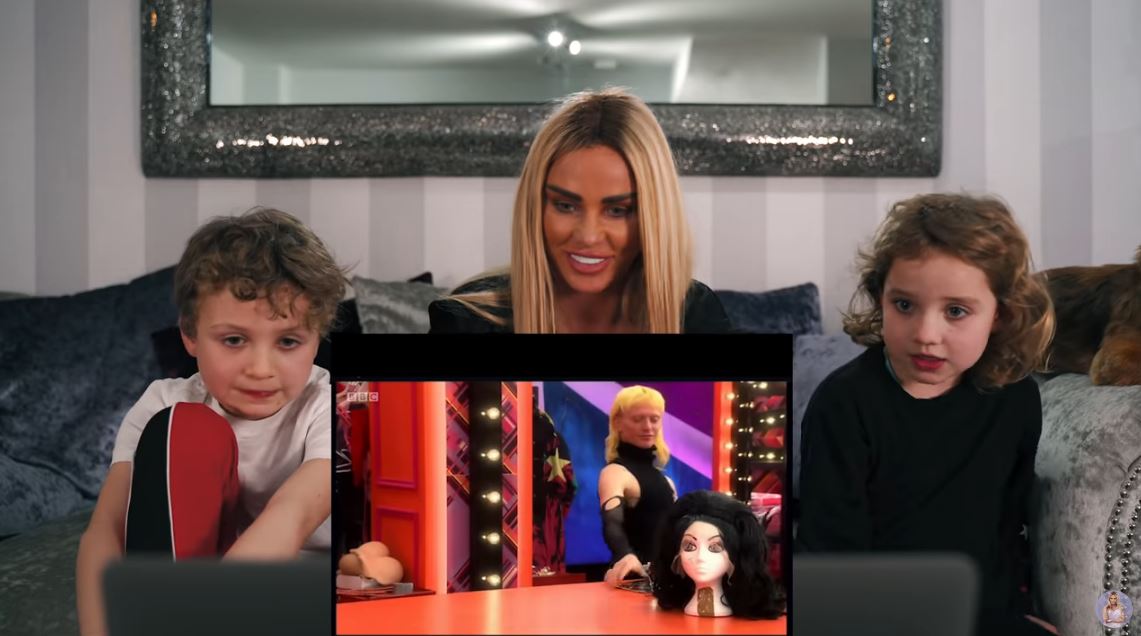 Yet others were quick to defend Katie, with one posting: "Katie is a living legend in my eyes. Anyone else is blind."

Another added: "People need to calm down. Sure they didn’t watch the whole show and tbh I’ve seen worse on coronation street and eastenders."

One then surmised: "Yesssss Katie!! We love an open minded mother, looking beautiful too."

After another quip on the show, this time about her implants being held at gunpoint in South Africa – a reference to when Katie was held hostage and feared for her life – she asked her kids what they thought about the drag act. 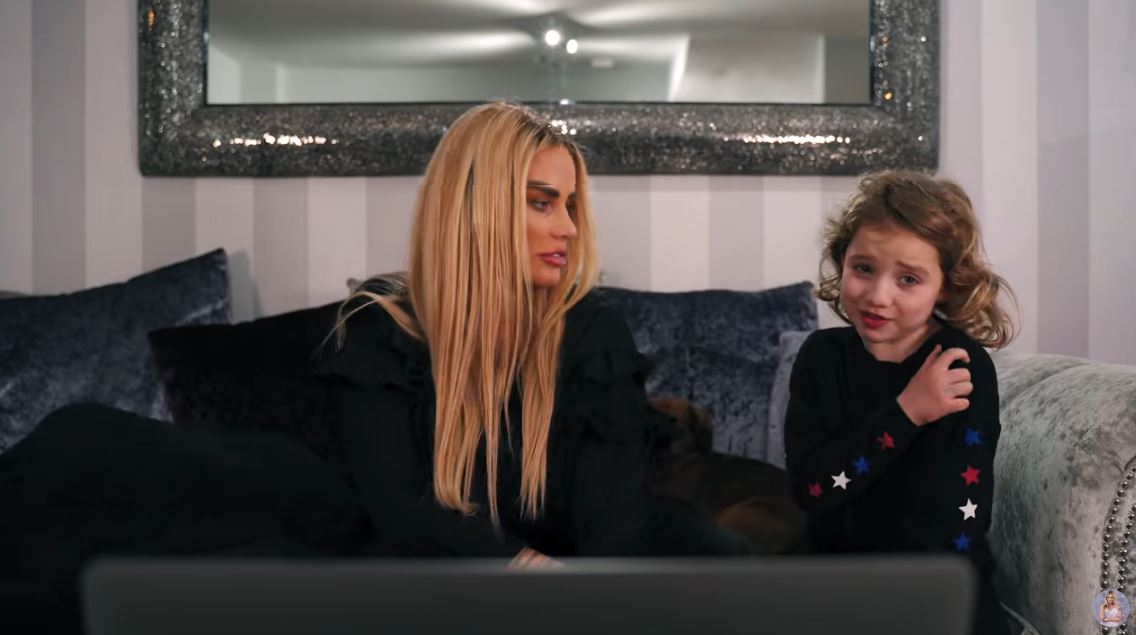 Bunny said: "I think they look a lot like you except you don't have black hair," as she played with her mum's blonde locks.

Later, Jett simply said Bimini did not look like his mum – before snuggling under a blanket and confirming he was not interested in the show at all.

Bunny meanwhile, perhaps eager to take the limelight, then flashed a pout and mimicked "I'm the Pricey …

"Don't underestimate the Pricey," before sweetly tripping up over the word 'estimate'. 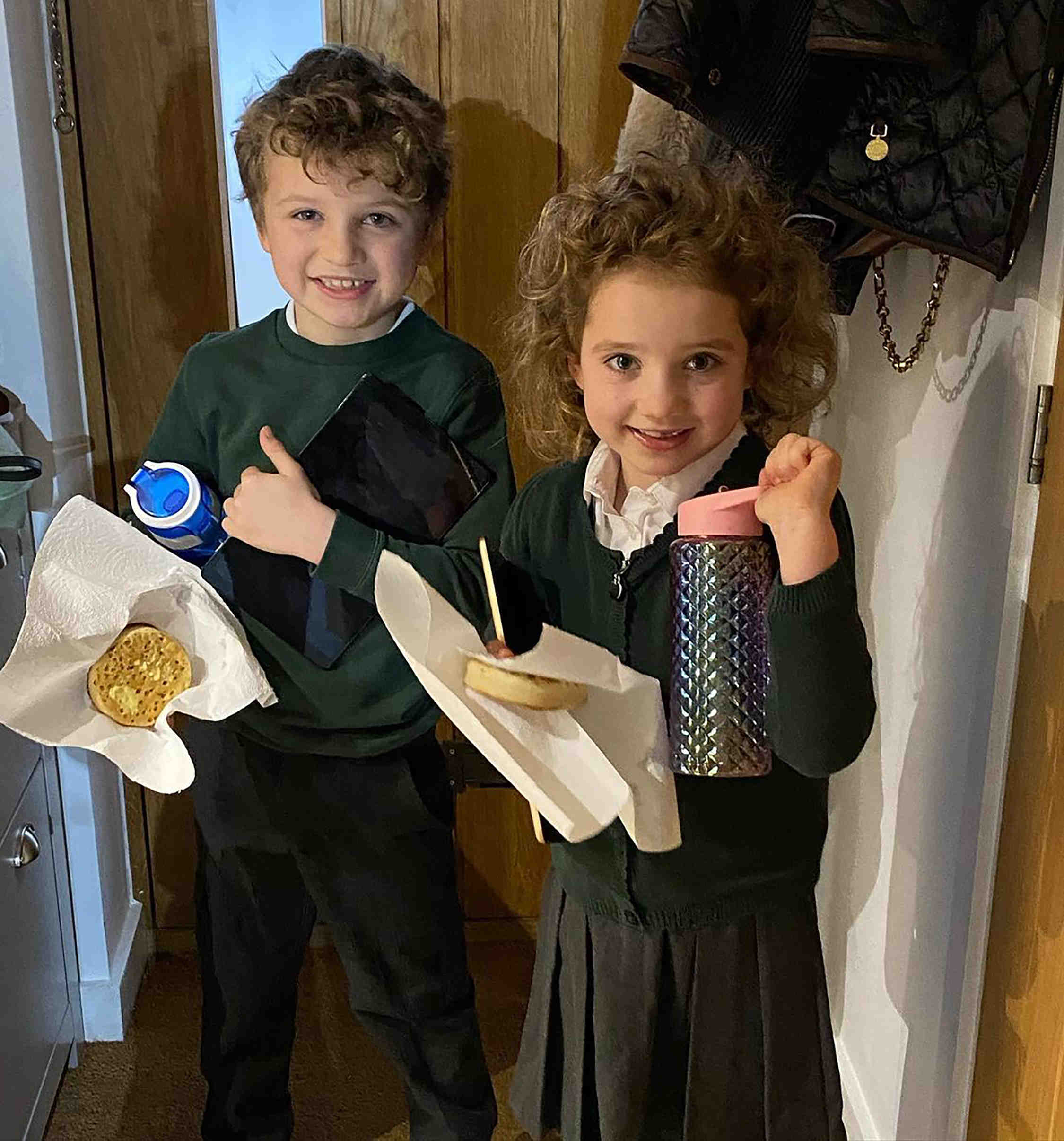 Katie then praised Bimini's look and gushed: "It's quite iconic that someone would like to dress up as me."

Meanwhile, it is back to normal for the mum of five as she sent the duo off to school today for the first time in 2021.

Katie was also seen bidding a sweet farewell to eldest, Harvey, as he headed off to residential school.