KATIE Price was left fuming after spotting her professional lookalike – insisting 'she looks nothing like me'.

The former glamour model, 44, told fans if they want her, they should just book her. 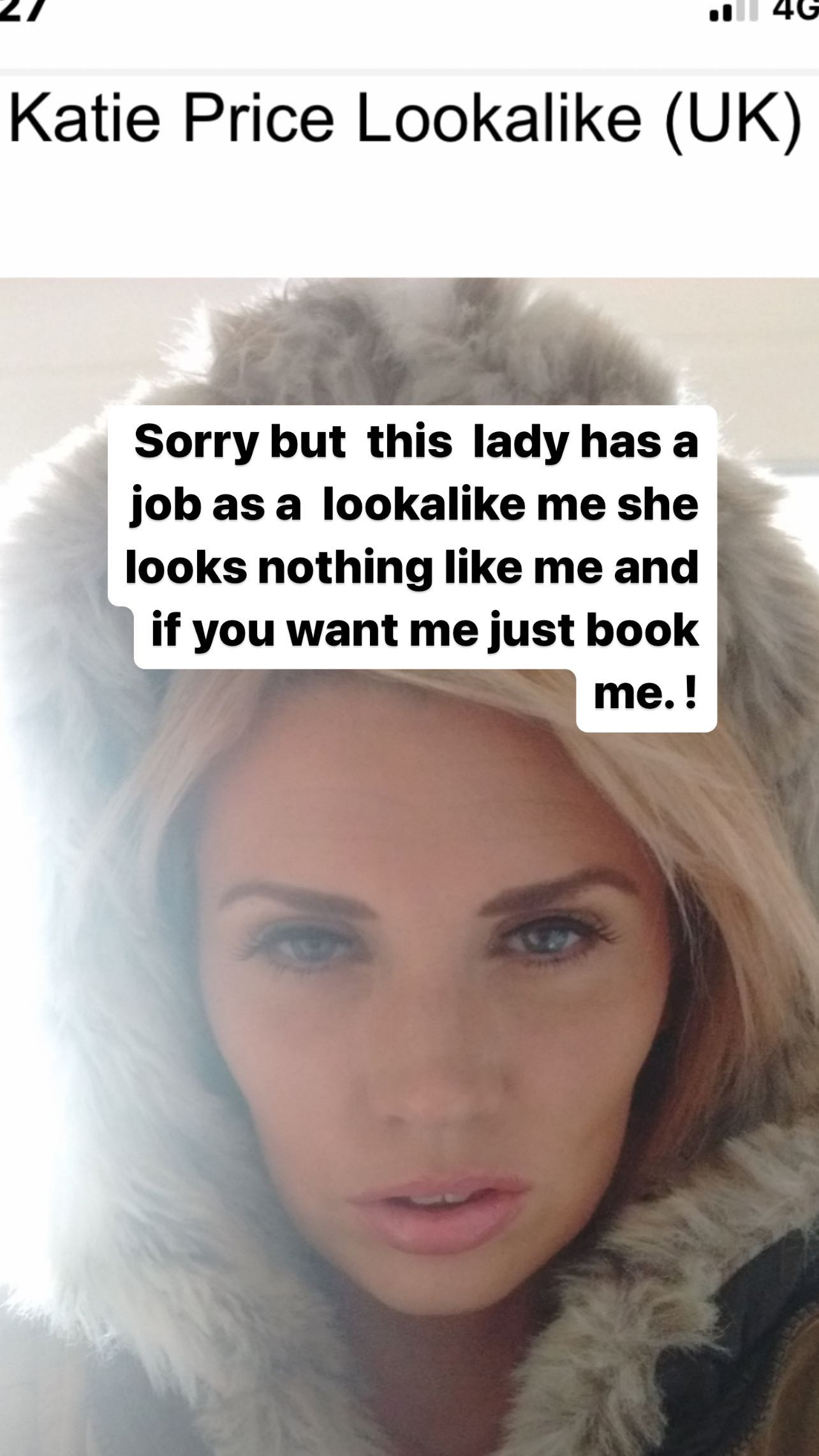 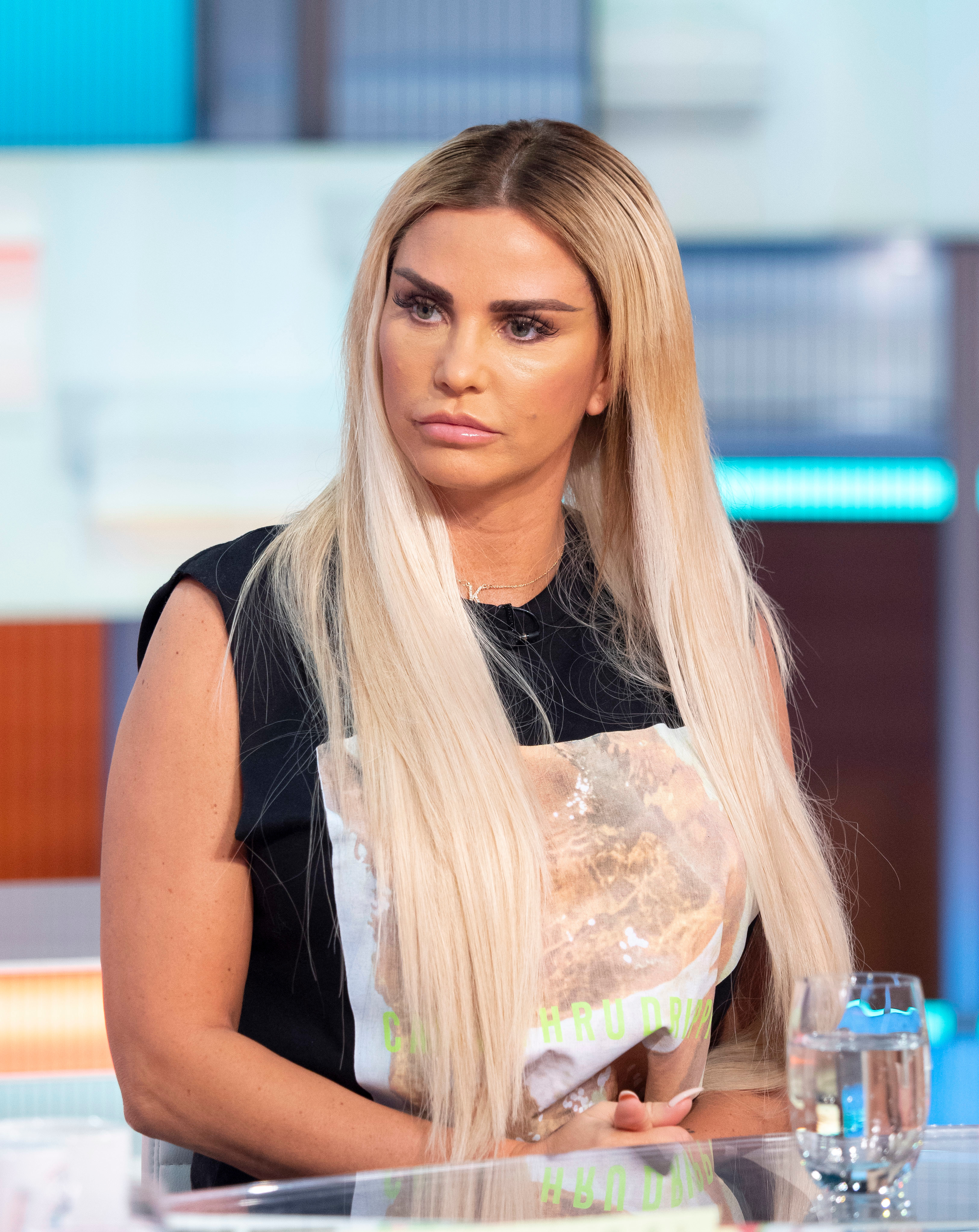 Katie shared a screen grab of a "Katie Price Lookalike" from the Lookalikes Agency.

The impersonator posed for a selfie with false lashes, drawn in eyebrows and pink lipstick.

She styled her blonde locks into a side fringe and put her fluffy hood up for the pic.

But the star doesn't seem any resemblance. 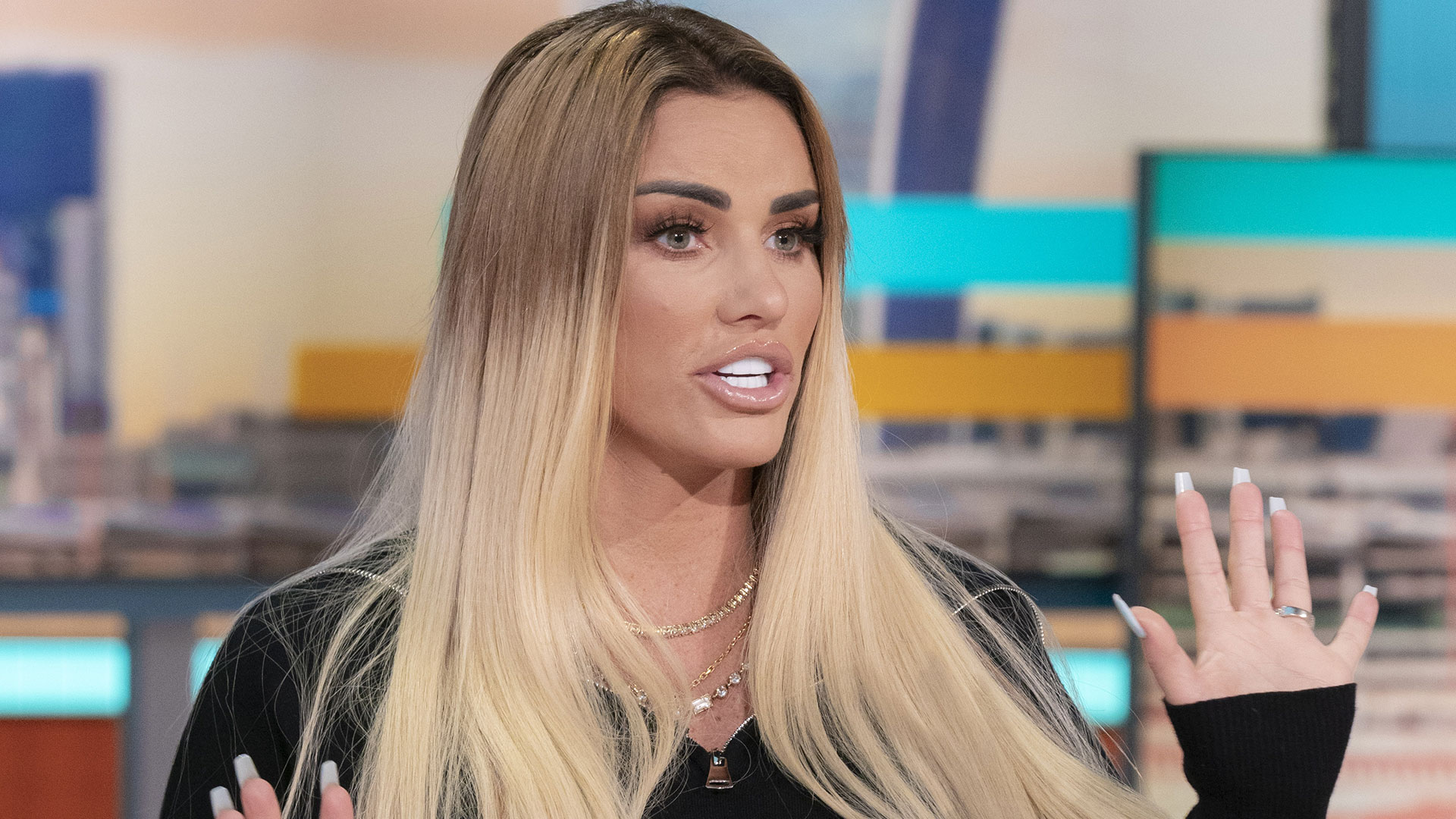 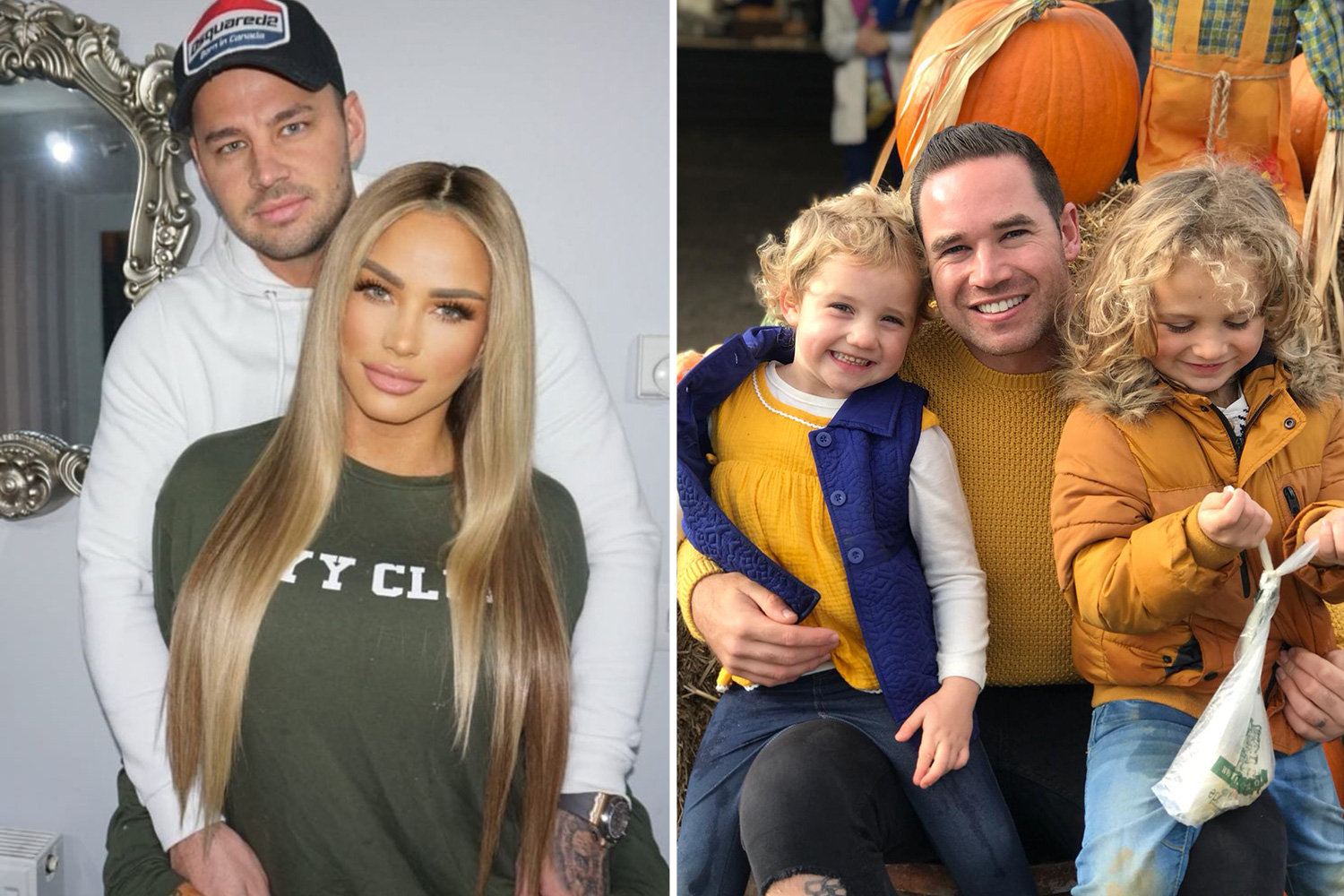 Katie Price reveals Bunny, 8, and Jett, 9 sleep between her and Carl Woods in bed

Sharing the picture to her Instagram Story, Katie said: "Sorry but this lady has a job as a lookalike me

"She looks nothing like me and if you want me just book me!"

Earlier this week the star revealed her children Bunny, eight and Jett, seven, sleep between her and fiancé Carl Woods in bed.

The 44-year-old risked the wrath of their father – Kieran Hayler – as she shared the controversial information while defending Kerry Katona who does the same. 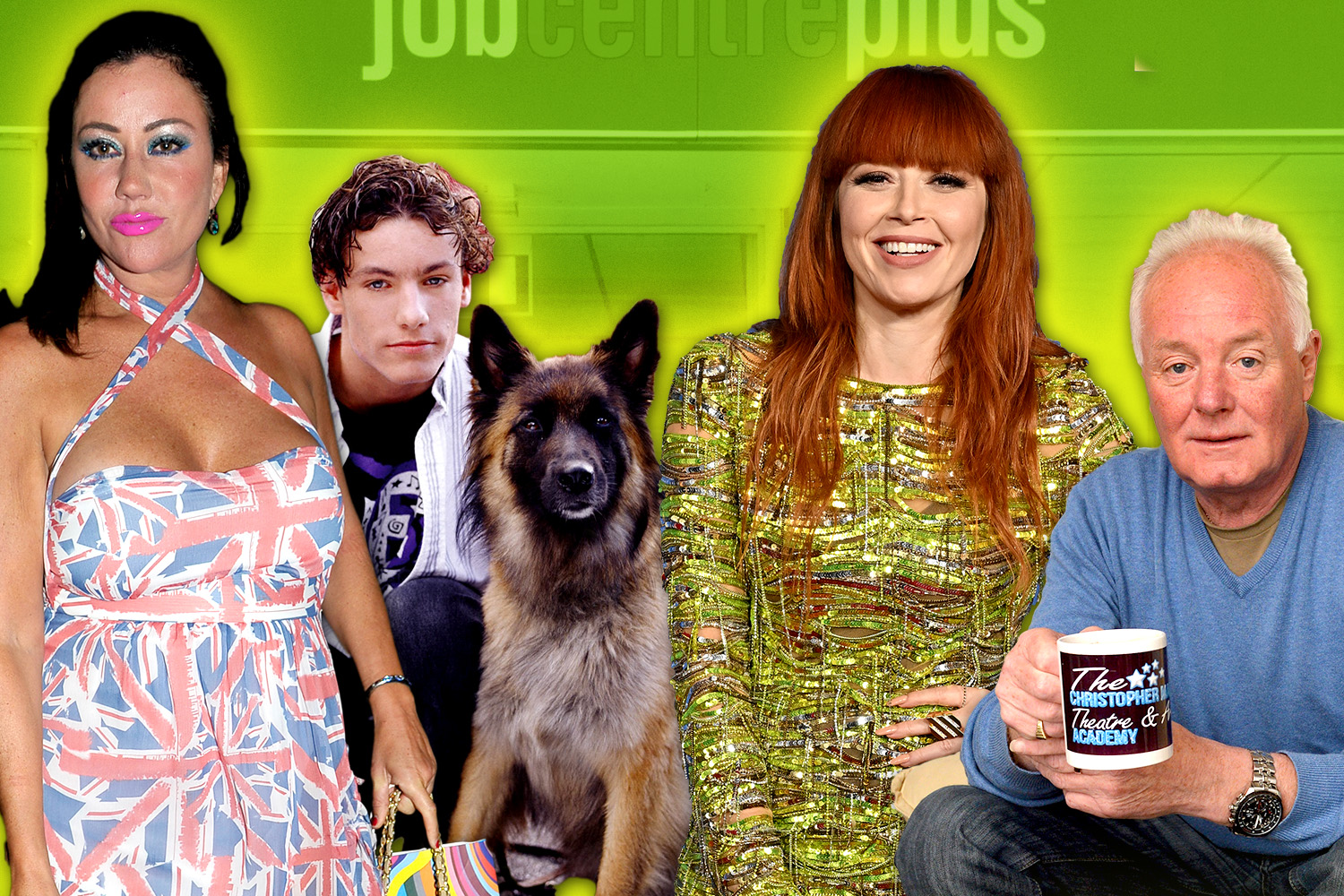 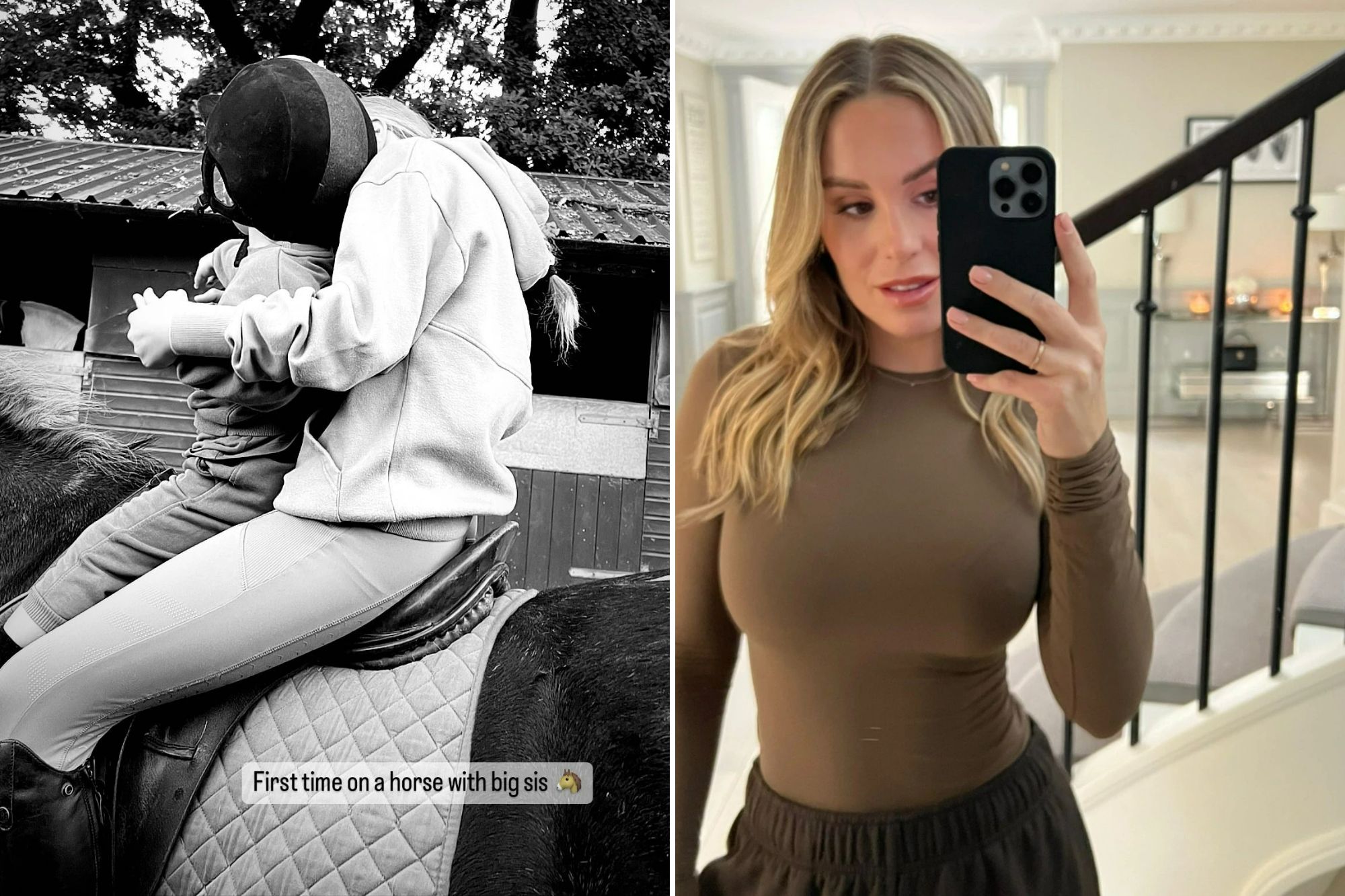 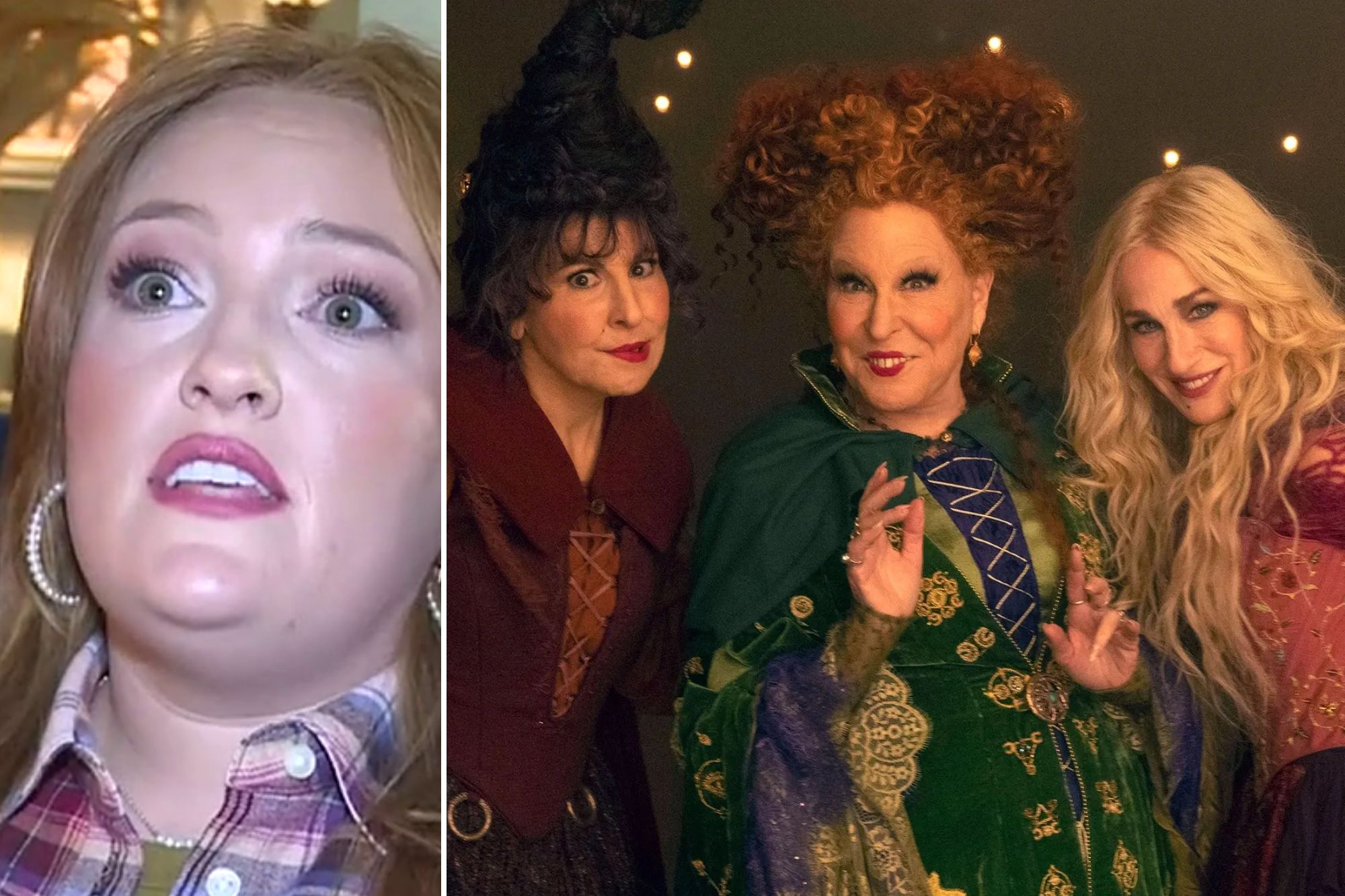 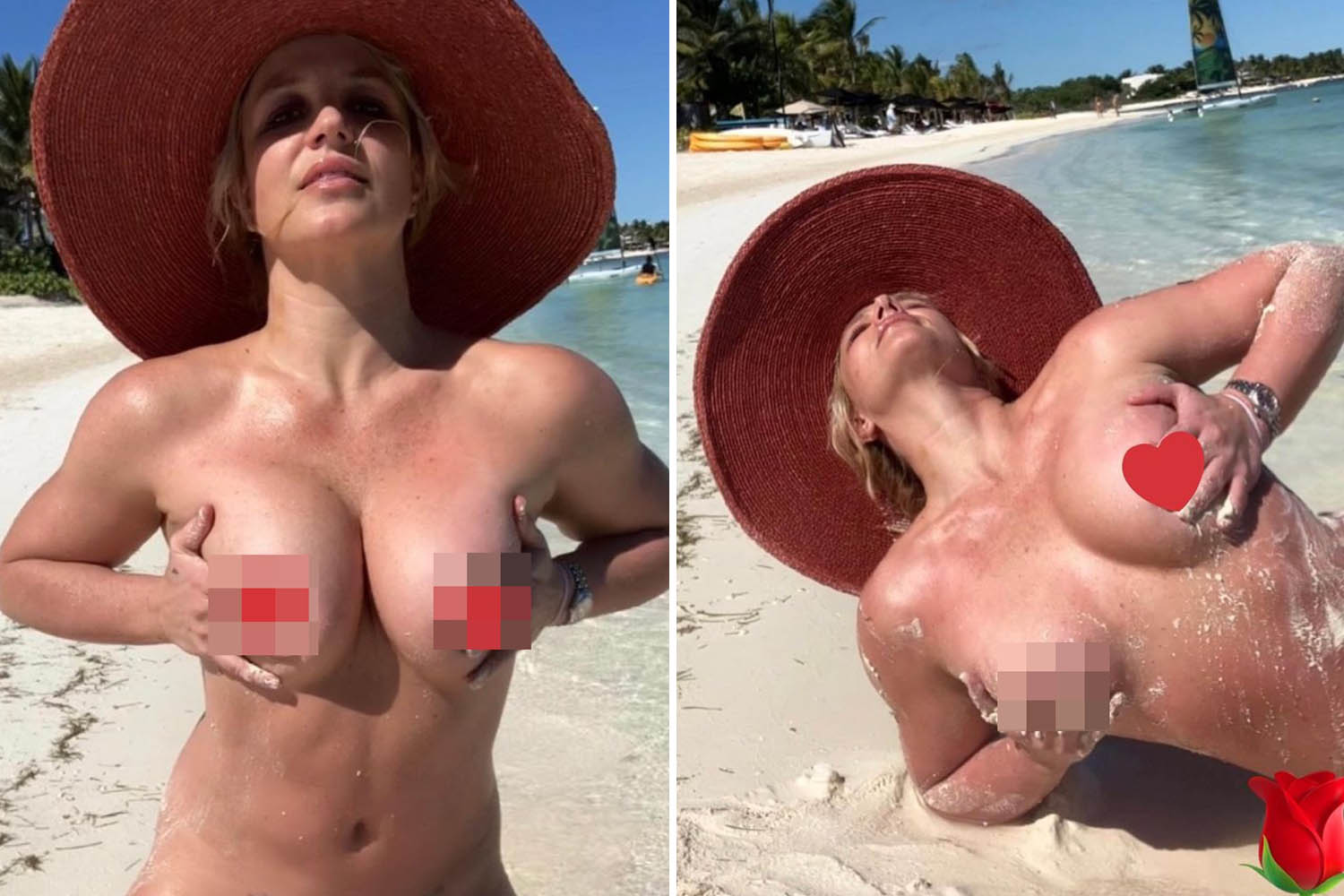 In her latest column, Kerry revealed that her daughter DJ often shares the bed with her – and admitted she even sleeps between her and fiance Ryan.

In response, mum-of-five Katie wrote: “Hey @kerrykatona7 We do the same thing with my youngest too they love it. Love, love it [heart emoji].”

Katie is also mum to three other children.

Is it cheaper to use an air fryer, slow cooker, oven or a microwave?

The star is currently engaged to Carl Woods, who she started dating in the summer of 2020. 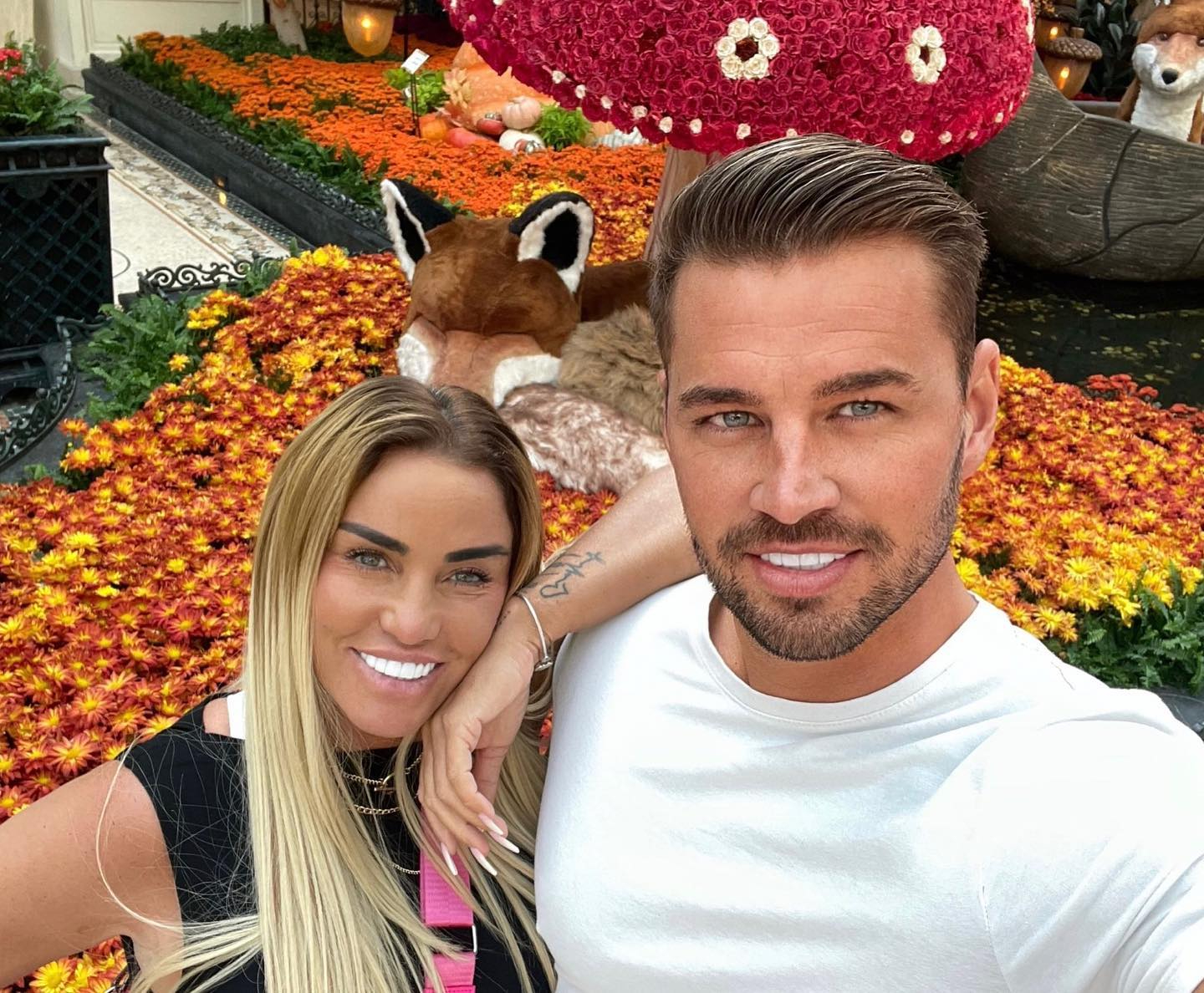