KATIE Price and fiance Carl Woods were all smiles on a wild night out in Las Vegas after denying plans to get married.

The pair were spotted in the party city as they enjoyed dinner at Beijing Noodle No. 9 before heading to the Absinthe Vegas Show. 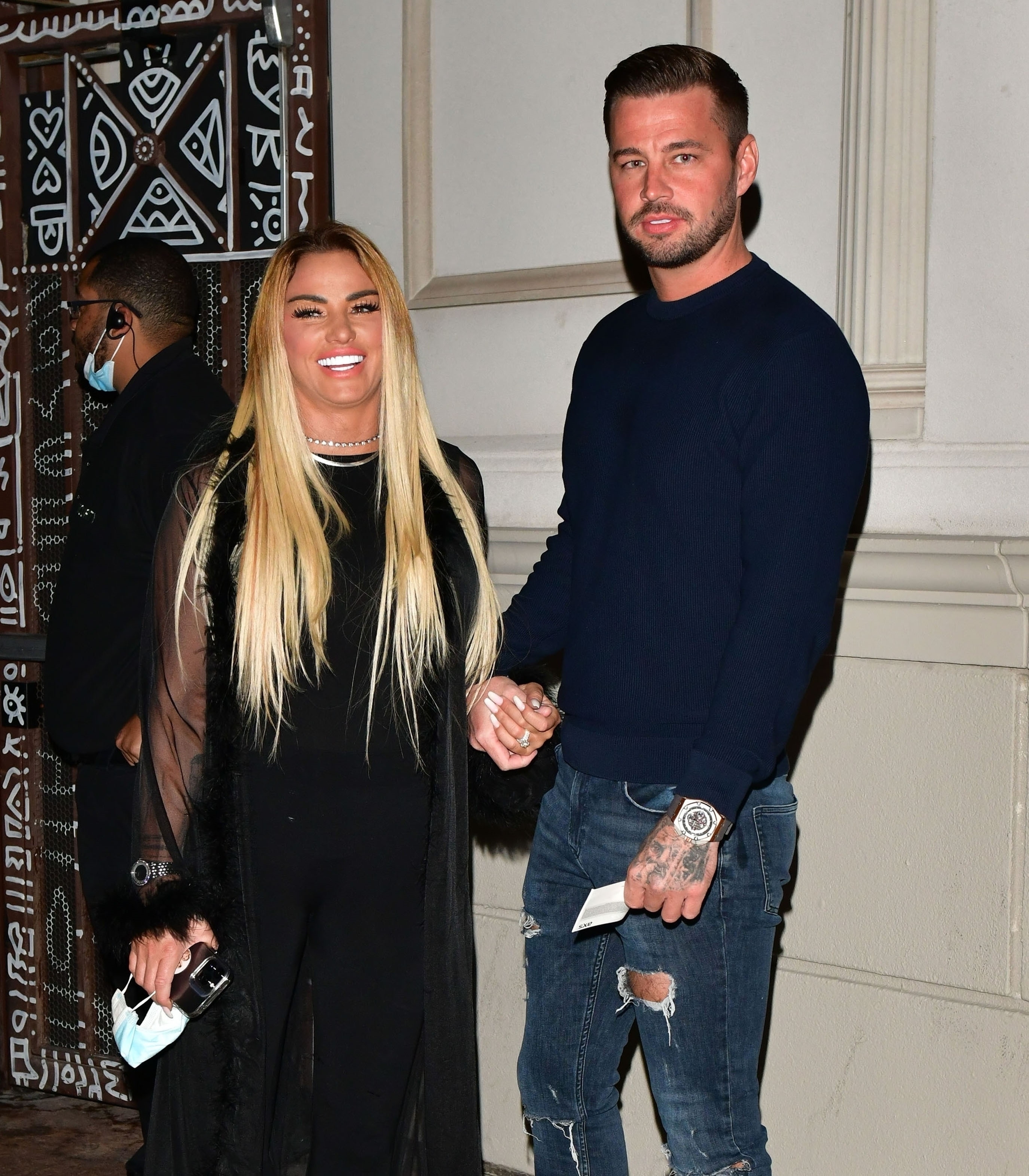 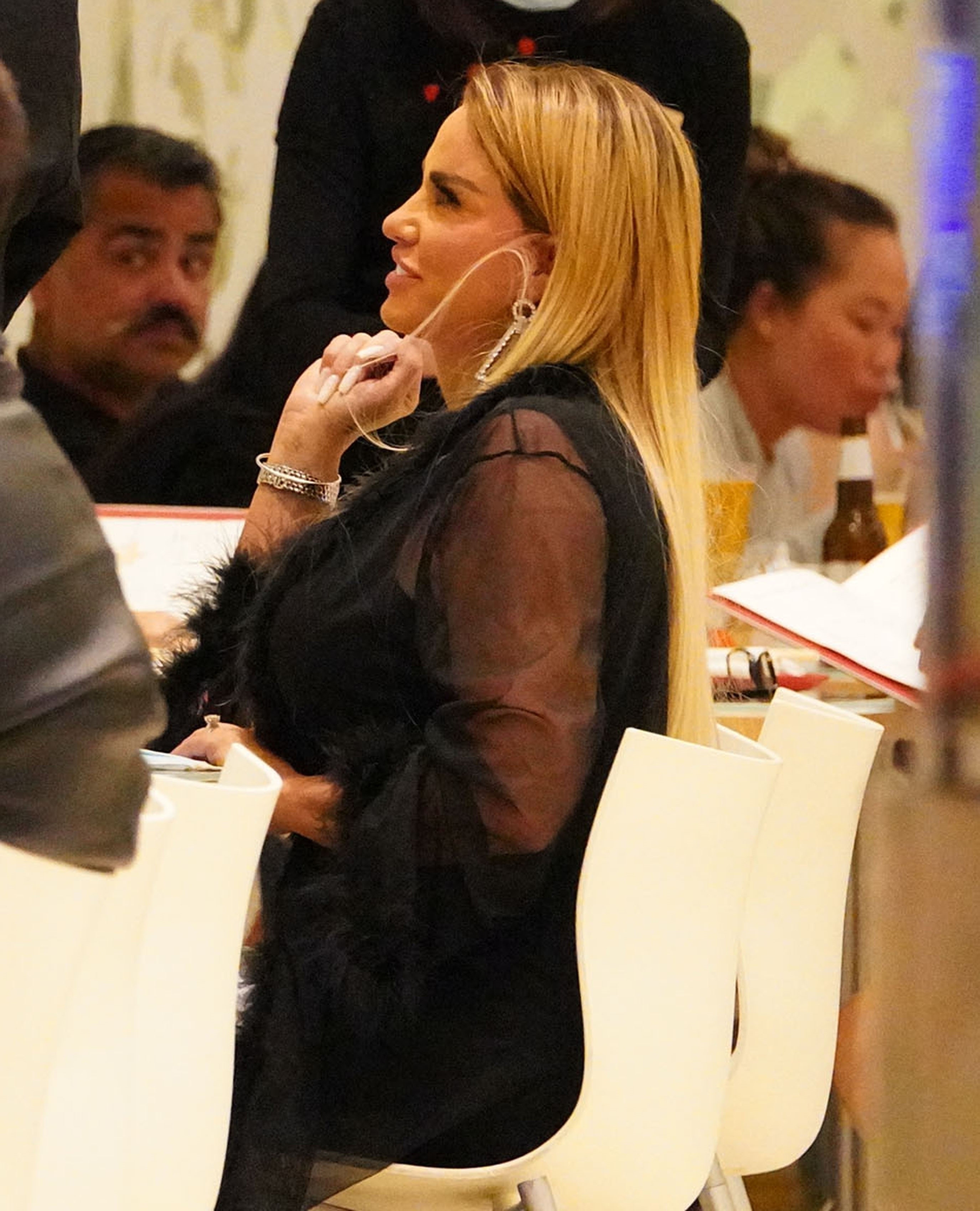 The couple were in high spirits as they smiled for waiting photographers, with 43-year-old Katie beaming widely.

The former glamour model looked chic in an all black-outfit under a sheer kimono with fur-lined cuffs, her blonde hair straight and glossy as it tumbled over her shoulders.

She clutched onto partner Carl's hand as they made their way to each venue, pausing to gaze adoringly at her beau.

The outing comes after Carl admitted they'd tricked followers after sparking speculation that they'd secretly tied the knot in Vegas.

The couple had been pictured in a bridal shop over the weekend and even visited Caesars Palace's Romano chapel.

But it was all an elaborate set-up – with Carl confirming they'd purchased a $102 marriage licence to "cause pure carnage".

Carl will be Katie's fourth husband, with the mother-of-five previously wed to exes Peter Andre, Alex Reid, and Kieran Hayler.

The Sun previously revealed that Katie hopes to get married to Carl before her court date on 15 December. 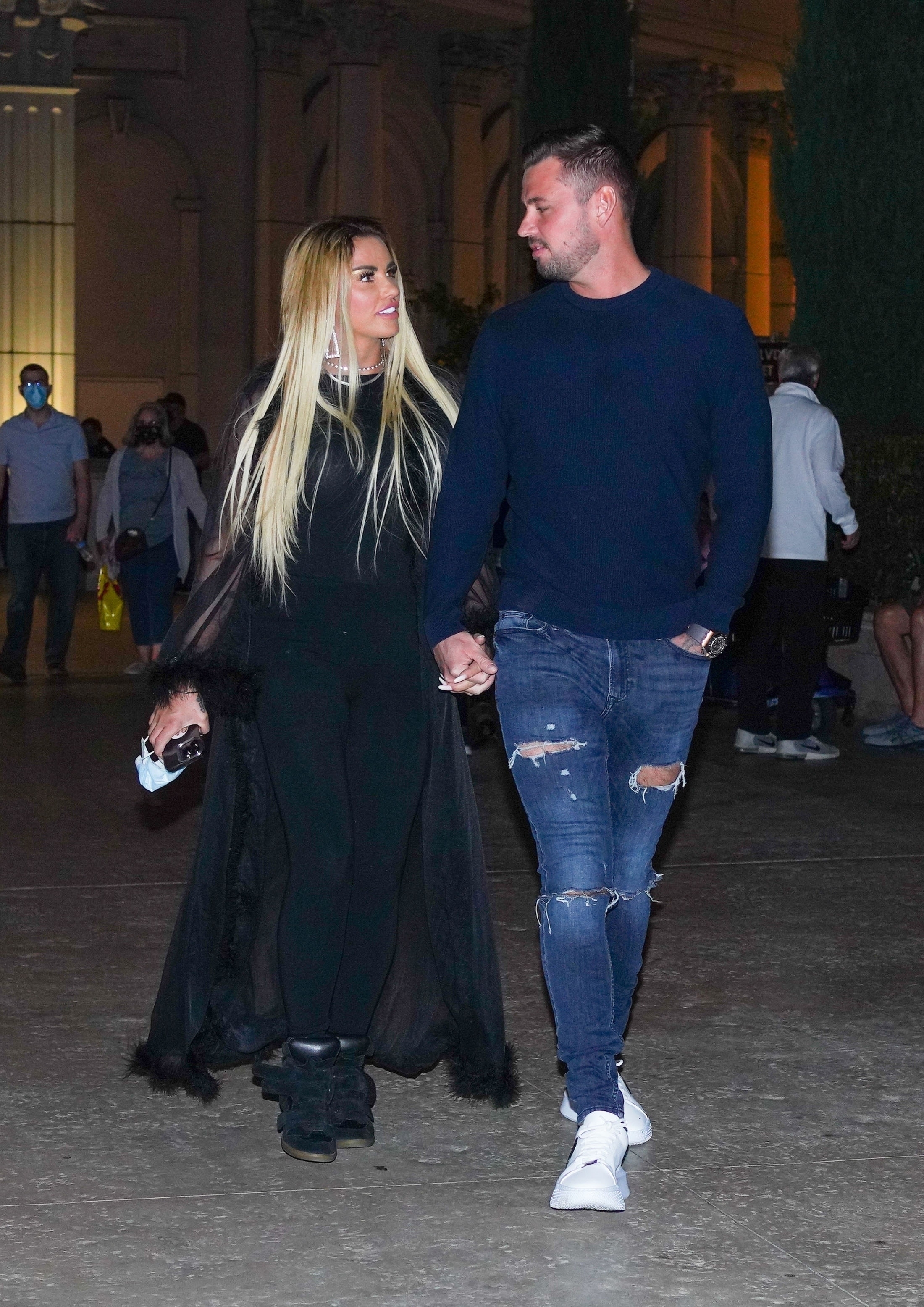