The Good Morning Britain presenter was reporting live from Buckingham Palace to share what the atmosphere at the Queen’s residence is currently like in the aftermath of her death announcement on Thursday. The 96-year-old was the UK’s longest-serving monarch, and coverage across channels has been dedicated to capturing the somber atmosphere of several royal locations as world leaders pay tribute. At one point, Kate shared with viewers her son’s own special tribute to the late Queen Elizabeth II.

Kate had been chatting to a family who had arrived at Buckingham Palace to pay respects to the monarch.

As they discussed reactions from youngsters, the broadcaster shared a story about her son, Bill.

“I think that’s how so many people feel,” she commented to the couple who had arrived with their young daughter.

“As though something special has changed. I just found out actually, a few minutes ago, that my son, Bill, went to school today all dressed in black.” 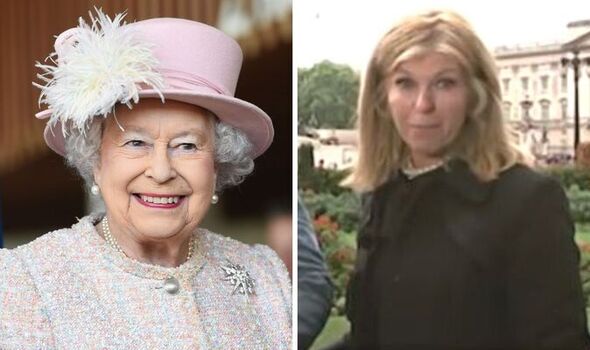 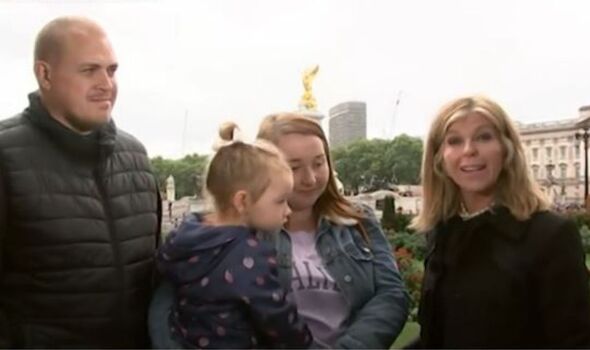 The 55-year-old continued: “I didn’t even know that he’d really taken in what had happened.

“And yet, somehow, there he is – 13 years old, completely on his own felt moved to do that.

“And I think that’s a feeling that everybody has here.”

The mourner replied: “Yeah, she’s [her daughter] had lots of questions about where the Queen is.” 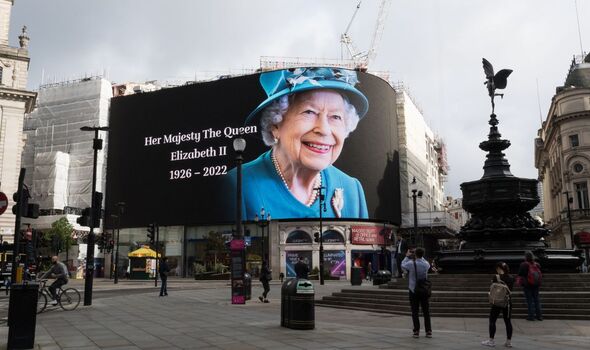 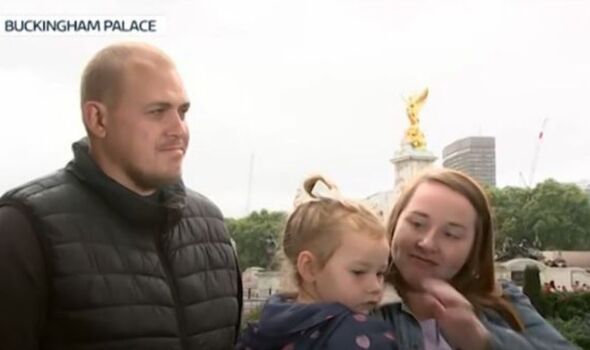 “And what it’s all about,” Kate chimed, to which the member of the public responded: “Yeah, she’s taking it all in.”

Thursday saw the breaking announcement just after midday that members of the Royal Family were heading to Balmoral to be with the Queen.

It was stated medics were “concerned” for the monarch’s health, while Buckingham Palace confirmed she was “comfortable”.

As the public expected the worst, their fears were confirmed at around 6.30pm.

A statement from the Palace read: “The Queen died peacefully at Balmoral this afternoon.

“The King and The Queen Consort will remain at Balmoral this evening and will return to London tomorrow.”

Later, a statement from the UK’s new monarch, King Charles III, read: “The death of my beloved mother, Her Majesty The Queen, is a moment of the greatest sadness for me and all members of my family.

“We mourn profoundly the passing of a cherished sovereign and a much-loved mother.

“I know her loss will be deeply felt throughout the country, the Realms and the Commonwealth, and by countless people around the world.

“During this period of mourning and change, my family and I will be comforted and sustained by our knowledge of the respect and deep affection in which the Queen was so widely held.”

The King is expected to make another statement later this evening.

Good Morning Britain airs weekdays from 6am on ITV.