Jordan North is potentially a few days away from being crowned King of the I’m A Celebrity…Get Me Out of Here! castle. The BBC Radio 1 DJ has become a firm favourite amongst show fans and his parents joined Lorraine Kelly on her self-titled show to discuss what it would mean for Jordan to win. During the conversation, Jordan’s father spoke out about the man his son has become amid the heartbreaking time their family endured when one of his brothers was diagnosed with cancer.

“Your boy is a very kind man,” Lorraine began.

“And when he was younger he really helped – I know one of your boys had cancer, thank goodness he’s okay.

But he was there to help, he’s always been like that,” the host continued.

“I was away at the time and my oldest son was also away on an operational tour,” Jordan’s father Graham said. 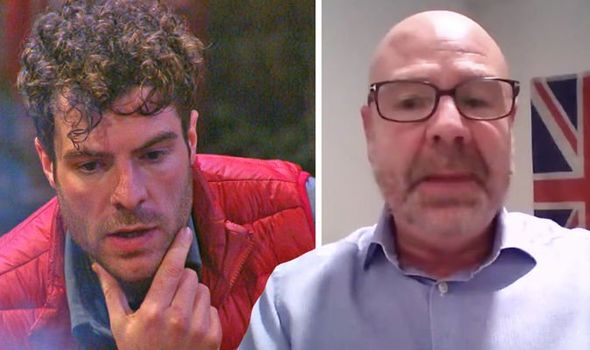 “Bradley our youngest son was diagnosed with cancer, and Jordan was 16 at the time.

“He [Jordan] manned up, he took control, looked after Dominic while Wendy was in Birmingham hospital, and the children hospital in Manchester while Bradley was having his chemotherapy.

“He was absolutely superb,” Graham continued.

“He’s got a brilliant human nature, very humble, fantastic human being. You’re proud to call him your son.”

Wendy, Jordan’s mother was seen wiping tears away from her eyes as Graham spoke.