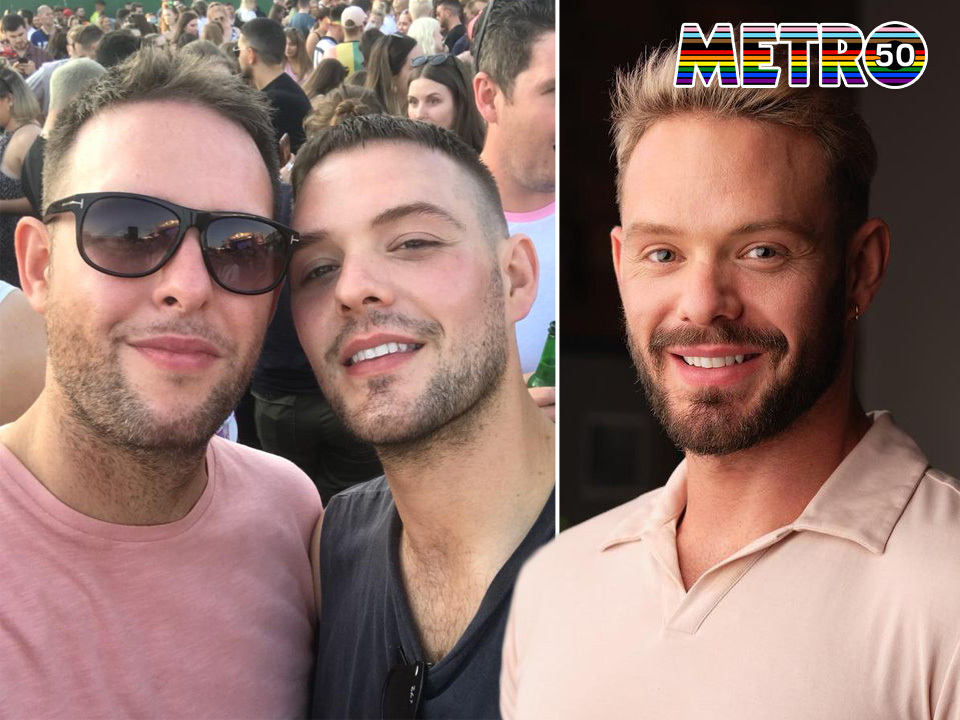 We cannot be happy 100% of the time and it seems we live in an age which, finally, acknowledges that.

The self-care movement, though often highjacked by companies to sell scented candles and joy-inducing bubble baths, at its core recognises that very fact: live in the moment and embrace whatever feeling washes over you at one specific time.

Constant, unwavering, unbridled, effervescent, sickly happiness is indeed an overstretch, but what any human being needs to feel as often as possible is simply safety.

A sense of safety comes from being psychologically validated by those around you – family, guardians and friends. It’s a feeling that is built slowly on solid foundations of trust and loyalty. For many children, whose family lives are turbulent, teachers in school can be the fortifying force that is needed.

In year 9, I opened up to my head of year that I was gay. It took me an hour, sat in a classroom in the English block, to say the words. In fact, I didn’t say the words at all.

I fearfully fumbled with the phrase “I’m gay” for those 60 minutes, but every time I wanted to blurt it out my own tongue asphyxiated me, rendering me speechless. It was, and for many still is, a horrific cliff edge to be standing on, because once said, there’s no taking it back: no re-entry to the closet.

As the lunch break ended, my head of year stood up, brushed the creases out of her trouser legs and said, “I think I know what you want to say and it’s fine.” I was left even more confused and feeling ashamed that I couldn’t just shout it from the rooftops.

I went about my day, hanging out with my gang of girls while all the other lads played footy – stereotypical, I know, but that’s how it was back then, in 2003.

When I got home, mum ordered me into the study where she was often sat when we’d have such conversations. I remember after I lost my virginity to a girl at a charity garden party, me and the girl returned from the woods with grass stains on our clothes, mum somehow found out, and while doing her tax return, not once glancing up from her calculator, declared, “darling, even your grandma has had grass stains on her dress.”.

That sharp witty humour, probably from her time as a nurse, was her way of letting me know that everything was fine. It was a strange way to impart a sense of safety, but it worked. On this occasion, though, there was no such humour.

She looked me in the eye and told me that the head of year had phoned home to say I’d come out as gay. I could feel the ground beneath me dissolve as my stomach rose to my throat and shame washed over me.

I didn’t know how to respond, what to say. Do I deny it? I thought. I remember her saying we should keep it to ourselves for now. She was afraid to tell my stepfather because she just didn’t know how he might respond – 20 years ago straight men were different than they seem to be today.

I climbed into my sister’s bed where I cried. I must have cried myself to sleep because I remember waking up to my sister standing in the doorway. When I woke up, she simply said “I love you and it doesn’t matter to me what you are.” Then she left. That soothed the bitter sting I was feeling.

To celebrate 50 years of Pride, Metro.co.uk has teamed up with Kyiv Pride to raise money for their important work in Ukraine.

Despite war raging around them, Kyiv Pride continue to help LGBTQ+ people, offering those in need shelter, food and psychological support.

We will be splitting the cash with a grassroots charity closer to home.

You can donate here

I’d already been bullied at school for being camp; though, I always fought back. I was regularly called into the headmaster’s office for punching lads who had called me gay or faggot or ‘la poof’ – which was a favourite phrase of one particular boy. He wasn’t French, by the way, just desperate to make his insult even more fabulous.

In sex education, when we were reminded how a man and a woman procreate, someone shouted ‘close your ears John, this doesn’t apply to you!’. In PE a lad ran past me and in a mockingly soft voice cried, ‘Chase me John. Chase me through the forest.’.

What were probably little moments of humour for these boys – and sometimes girls – were incessant tidal waves that crashed over and eroded me.

It’s taken me years to deal with this baggage. And while I do get emotional when I reflect on it all, I’m not too sad because I think it has made me an empathic, resilient person who is quite in tune with his own psychology. I’ve been in a strong relationship with my partner Paul for 14 years, and he certainly makes me feel safe. I have a strong group of friends – both inside and outside the LGBTQ+ community.

Compared to some queer kids, I had it easy, and I’m grateful for that. But had we had LGBTQ+ education in schools, had we had programmes like Alice Oseman’s Heartstopper and Russell T Davies’ It’s a Sin, had we had queer celebrities like George Michael not being vilified and targeted for their sexuality, life would have been a damn sight easier.

I’m proud of who I have become. I am proud to be, amongst other things, a gay man

I’m proud of who I have become. I am proud to be, amongst other things, a gay man. I’m proud to have represented our community on Strictly Come Dancing. I am proud that I didn’t let the niggles and jibes of small-minded people minimise me in the long run.

That’s why Pride is such an important event, because somewhere over the rainbow, there is something that saves lives: a sense of belonging. A sense of safety.

This year marks 50 years of Pride, so it seems only fitting that Metro.co.uk goes above and beyond in our ongoing LGBTQ+ support, through a wealth of content that not only celebrates all things Pride, but also share stories, take time to reflect and raises awareness for the community this Pride Month.

And we’ve got some great names on board to help us, too. From a list of famous guest editors taking over the site for a week that includes Rob Rinder, Nicola Adams, Peter Tatchell, Kimberly Hart-Simpson, John Whaite, Anna Richardson and Dr Ranj, we’ll also have the likes Sir Ian McKellen and Drag Race stars The Vivienne, Lawrence Chaney and Tia Kofi offering their insights.

During Pride Month, which runs from 1 – 30 June, Metro.co.uk will also be supporting Kyiv Pride, a Ukrainian charity forced to work harder than ever to protect the rights of the LGBTQ+ community during times of conflict. To find out more about their work, and what you can do to support them, click here.