”This bill could materially benefit people’s lives, and if you are blocking it, you owe people more than vague platitudes shouted from the back of a boat,“ Oliver said 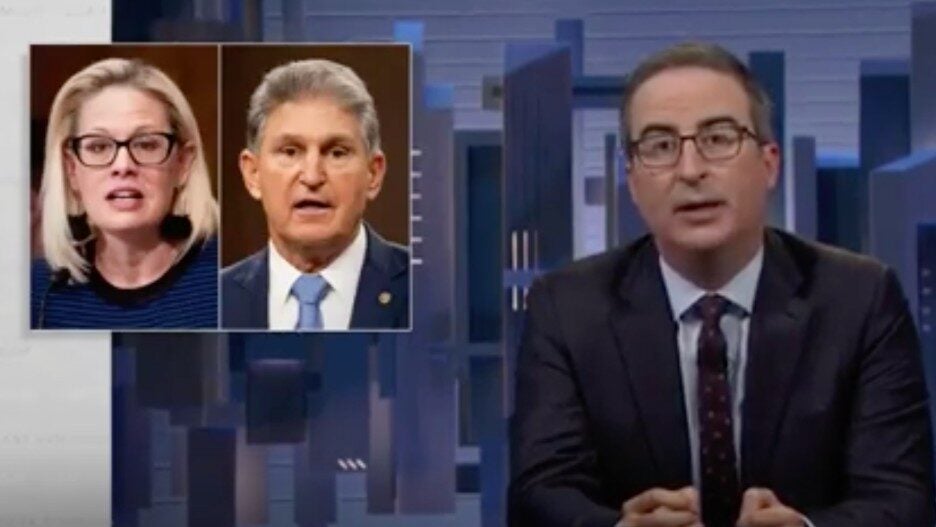 “It is a big deal and would make this country a better place. But there is a problem here, because to pass the bill, Democrats are using something called ‘reconciliation’ to evade a filibuster, which requires the support of every single Democratic senator,” Oliver explained. “And unfortunately, moderates like Kyrsten Sinema and Joe Manchin argue that it costs too much.”

Oliver first fired shots at Manchin, citing a recent video where some of his constituents kayaked out to his yacht to question him about why he’s holding up the bill. When asked specifically what he plans to do to help the poor in West Virginia, Manchin answered, “We’re going to be working everything we can to create good opportunities.”

At that, Oliver was gobsmacked. 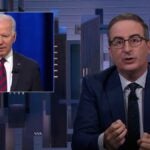 “Wow. I am not sure which stage of capitalism we’ve reached if we’re now kayaking out to a politician’s yacht to beg him to help the poor, but it’s got to be one of the last ones,” Oliver said. “I’m pretty sure it goes: ocean on fire, bookstore billionaire leaves the planet, then boat bitch says no, and then it is basically all over at that point.”

That said, Oliver did give Manchin credit for at least interacting with his constituents. The late-night host then turned his ire on Kyrsten Sinema for doing the opposite.

Oliver noted how, even to her own supporters, Sinema is known as an evasive person. But where they try to define her “eccentricities” as a strength, Oliver sees them as “how I would describe any cat.”

“Those qualities in a civilian might make you a ‘fun eccentric,’ but when you’re a senator, it just makes you bad at your f—ing job,” Oliver said. “Look, this bill could materially benefit people’s lives, and if you are blocking it, you owe people more than vague platitudes shouted from the back of a boat and a cutesy ‘I’m in the Senate’ comment. Because if these two keep this s— up, their window for saying ‘I’m in the Senate’ may rapidly be closing.”