Nine months after John Krasinski debuted “A Quiet Place” at SXSW to the best reviews of his career, eight months after opening in the number-one slot at the box office, seven and a half months after crossing the $100M threshold, and six months after Paramount Pictures confirmed a sequel, he can’t believe he’s still talking about the thing.

The reason, of course, is a good one: distributor Paramount Pictures is giving the film a full awards campaign, one that has recently been bolstered by top 10 designations from AFI and the National Board of Review. Still, this is not how the actor-filmmaker (who has also found the time to start filming his second season as the star of Amazon’s “Jack Ryan” series) expected to spend his December.

“Absolutely not, unequivocally no,” Krasinski said. “I’ve never done the awards season thing for anything. This is very new to me. You actually get to have this relationship with your movie all over again … this is more of the emotional side of it, because you get to talk to people about it.”

That means more than just his audience. Fellow filmmaker Paul Thomas Anderson — whom Krasinski refers to as his “number one, a stratospheric director” — recently hosted an awards event for the film, which was enough to make Krasinski’s head spin. “When he was talking about our movie and raising a glass to our movie and [wife] Emily [Blunt]’s performance and my direction, I had a complete out-of-body experience,” Krasinski said.

His hiring for the gig was unexpected. Krasinski’s first two films, “Brief Interviews With Hideous Men” (2009) and “The Hollars” (2016) each debuted at Sundance, and were acquired by IFC Films and Sony Pictures Classics, respectively. Neither made a dent at the box office. He wasn’t even looking for a directing gig. 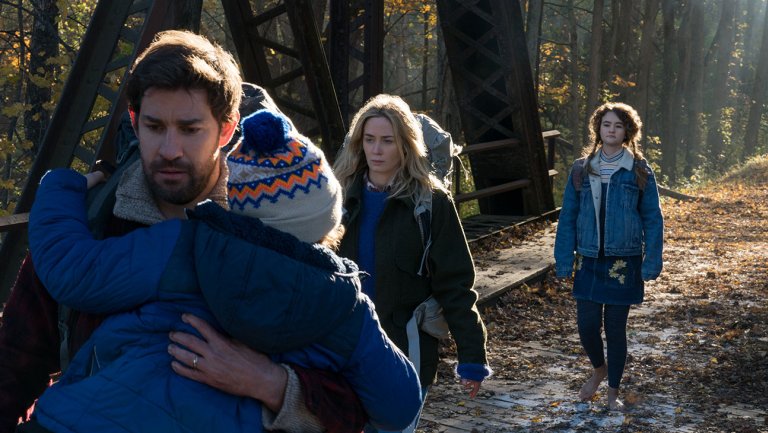 Initially, Michael Bay’s production company Platinum Dunes approached Krasinski only to star in “A Quiet Place.” When they tried to gauge his interest in making the jump to genre, he proved a tough sell. He’s been open about his initial lack of interest in the genre space, chalking it up to not growing up as a horror fan. Instead, he turned to the emotional center of the original script by Bryan Woods and Scott Beck, a family holding on to each other at the end of the world.

“I connected to the idea of family,” he said. “When I did the rewrite, I thought, ‘I can make this an entire metaphor for parenthood, as long as I keep the metaphor going every single page, every single scene,’ and really drill down on what it is personally that I’m connecting to about this story. … One of my favorite compliments was, somebody saw it with their husband and then they immediately brought their high school-age kids back to see it, because it was a family experience.”

Still, Krasinski didn’t resist the film’s unabashed genre elements. While horror films are often pushed aside during the awards conversation, with recent standouts like “Get Out” or “Hereditary” earning the hammy designation of being “elevated horror,” Krasinski isn’t bothered by such labels. Being a genre guy made him a better filmmaker.

“I think this idea of ‘elevated horror,’ people coin different phrases, and that’s great, but the truth is it’s a type of storytelling,” he said. “My best answer for that is actually stealing from a friend of mine who gave me the best advice about genre movies, which is: Genre is a wonderful place to deal with things that are bigger than the story itself.”

Pointing to a film like “E.T. the Extraterrestrial,” which used genre packaging to tell a story about the impact of divorce on kids, he said: “I think that when people are talking about elevated films, I think that’s probably what they’re talking about, is the idea that there’s more going on than just trying to scare you.”

His resistance to labels also extends to the recently announced (and currently retracted) Academy Award for Best Popular Film. He’s not a fan of the idea, because he’s eager for films, no matter the genre or box office take or whatever other quantitative judgement can be slapped on them, to compete on an even playing field.

“I certainly would be happy with any kind of nomination from anything, because it’s such an honor and we’re totally blown away that we’re even in the conversation,” Krasinski said. “But at the same time, would I be more proud by getting nominated for Best Picture flat-out rather than Best Popular category? Yeah, if I’m honest, because all of my heroes in all of the movies I loved have been judged by that, so I always want to be judged by the same. I think we should all be judged on our merit.”

He added, “If what you’re saying is tapping into that bigger conversation about bigger ideas and you’re making people feel things, then we’re all in the same pool. That’s why we’re all going to the movies. If you start culling out certain sections of film and saying, ‘We’re celebrating this separately,’ where does it end?” 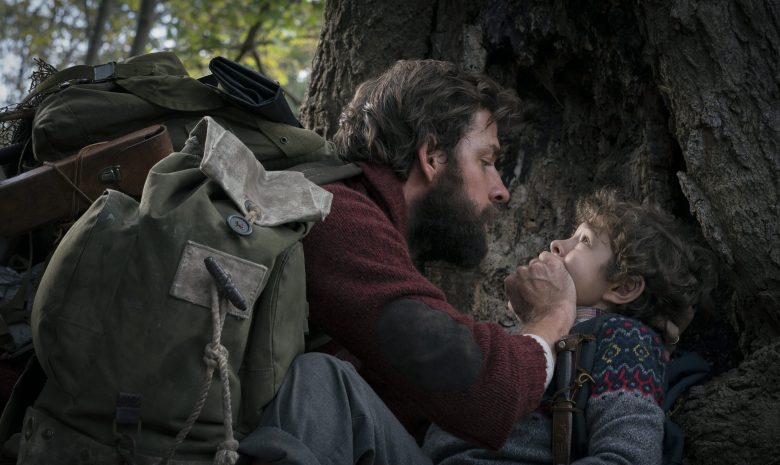 After the awards race, Krasinski will continue talking about “A Quiet Place”: He’s confirmed that he’ll at least write the sequel, if not more. “S>ometimes I wish I wasn’t a realist, I wish I could be a little more romantic about something,” Krasinski said. “But I try to see everything from every angle, and I certainly understand when a studio has a hit like this, they’re gonna want to do another one. I gotta give Paramount a lot of credit for making sure that it’s good enough. Long before I was gonna do it, they still wanted my ideas and my consultation, because they really respected the audience’s response.”

While Krasinski is tight-lipped about his vision, he does offer that it will further expand the world seen in the first film. There are hints built into “A Quiet Place” about where its followup might go, including a scene that follows Krasinski’s character, Lee Abbott, as he dutifully lights a nightly signal fire and is greeted with more in the distance. More people, more stories.

“The idea of the sequel was hard for me to consider, because most sequels are about the bringing back or celebration of a villain or a hero,” he said. “In this one, the world is the star. I thought that was really interesting, that there is not necessarily one person that you need to follow or explore with, because the whole world’s going through the same thing.”

As daunting as the idea of a sequel may be for the filmmaker, Krasinski is turning to some old tricks to make it work, expanding out his influences and tapping back into what made this whole crazy idea work in the first place. He’s started working on a new list of films to help inspire the second film, just as he did with “A Quiet Place,” which he’s said was influenced by films like “Jaws,” “Alien,” and “Rosemary’s Baby.” Now he’s working on a new list.

“It’s sort of an amalgamation of horror movies, but also filmically and cinematically, other movies that have nothing to do with horror,” he said. “It’s mixing all of the film experiences.” It worked the first time.

“A Quiet Place” is currently available on DVD, Blu-ray, and streaming.