More than 10 years after its debut on MTV, Jersey Shore is getting another spinoff series with a new cast — Jersey Shore 2.0. The new show likely won’t be ready for fans until late 2022, possibly even 2023, especially because 495 Productions is having a hard time securing a location to film. Here’s everything we know about the Jersey Shore spinoff, plus information on the other two Jersey Shore spinoffs coming to Paramount+ and MTV in 2022-2023. 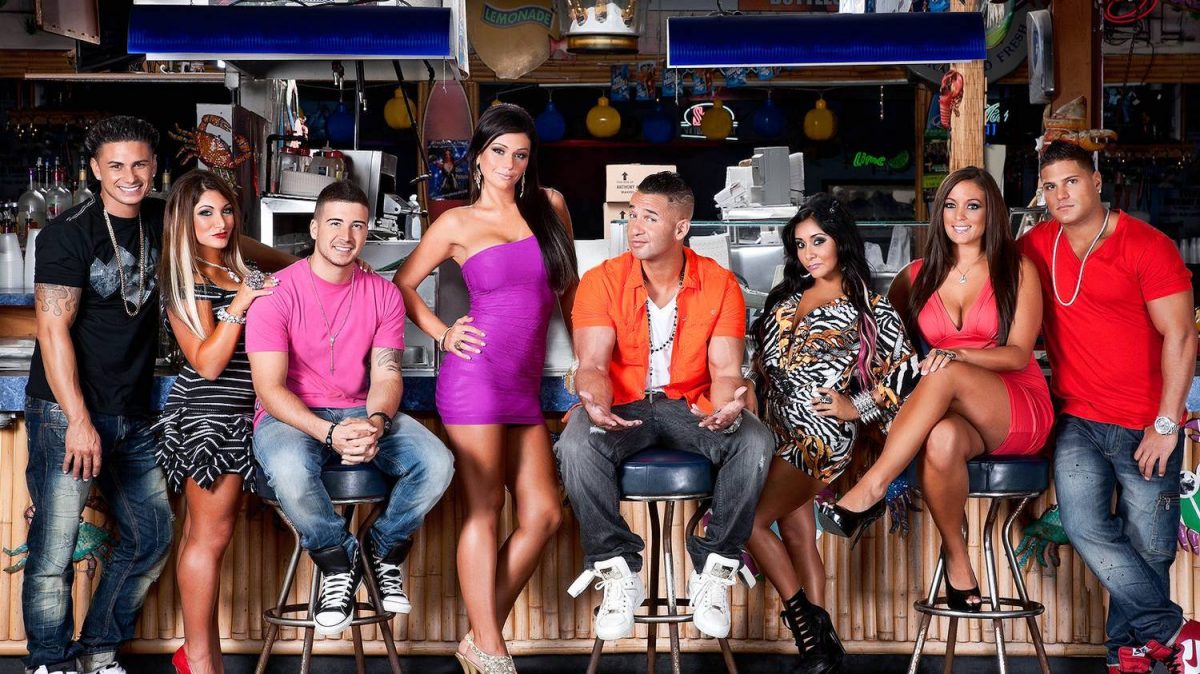 Since the success of Jersey Shore in 2009, there have been several spinoffs of the MTV reality series starring the original cast. First, Pauly DelVecchio starred in The Pauly D Project, a show chronicling his career as a DJ.

‘Jersey Shore 2.0’ is still looking for a place to film

Now, MTV is bringing Shore fans another spinoff in the form of Jersey Shore 2.0. “It’s been 13 years since the iconic cast of Jersey Shore fist-pumped their way into our lives and stole our hearts. The time-honored tradition continues with a new group of roommates moving into their own Shore house” (via Deadline).

The description continues: “They may have traded their poofs for plumped pouts and UV rays for spray tans, but when things heat up in Jersey, the Shore is still the place to be to make memories all summer long.”

At publication, 495 Productions is still scouting a location to film the series. A local publication reports producers have been scouting Ocean County’s two barrier islands, including Lavallette, who denied them from filming due to the “reputation” the original series gave Seaside Heights. Several other locations have denied the production company, including Berkeley, Toms River and Brick Township.

Since they’re still trying to secure a filming location, it’s unlikely the spinoff show has a cast yet. Stay tuned for updates.

Showbiz Cheat Sheet previously reported on Buckhead Shore and the cast, another Jersey Shore spinoff. Dubbed the “Beverly Hills of the South,” the show is set in Buckhead, Georgia.

Meanwhile, All Star Shore pulls its cast from shows like Jersey Shore: Family Vacation, RuPaul’s Drag Race, MTV’s Geordie Shore, MTV’s Acapulco Shore, and Bachelor in Paradise. Participants will “battle it out” at the “ultimate shore house” in a Challenge-style series (via MTV).

At publication, release dates for these Jersey Shore spinoffs are unknown. Stay tuned to Showbiz for updates.

On top of all this, the original cast of Jersey Shore will return in 2022 with the second half of Jersey Shore: Family Vacation Season 5. After spotting the cast filming in El Paso, Texas, San Diego, and their respective hometowns, fans eagerly await a premiere date. Since filming is done, we’re estimating a mid-May or early June release, just in time for summer.