In a sweet nod to 13 Going on 30, Jennifer Garner and Mark Ruffalo share a pack of Razzles with actor Walker Scobell from The Adam Project.

Garner and Ruffalo reminisce how 13 Going on 30, the film they starred in together, premiered 18 years ago and wonder what their characters Jenna Rink and Matty Flamhaff would be doing today. “Can you believe it’s been 18 years since 13 Going on 30,” Garner asks Ruffalo and produces the signature candy, Razzles.

“It’s sort of like Jenna and Matty got together, so they could become parents in the Adam Project,” Ruffalo says to Garner about their 13 Going on 30 characters. They pop some “18-year-old” Razzles into their mouth in the Instagram bit before Scobell arrives and asks about the candy.

Scobell plays Garner and Ruffalo’s child in The Adam Project. He manages to rib the actors about their previous film. “You guys look cozy, what’s going on?” he asks. Ruffalo tells Scobell that he and Garner were reminiscing about 13 Going on 30. 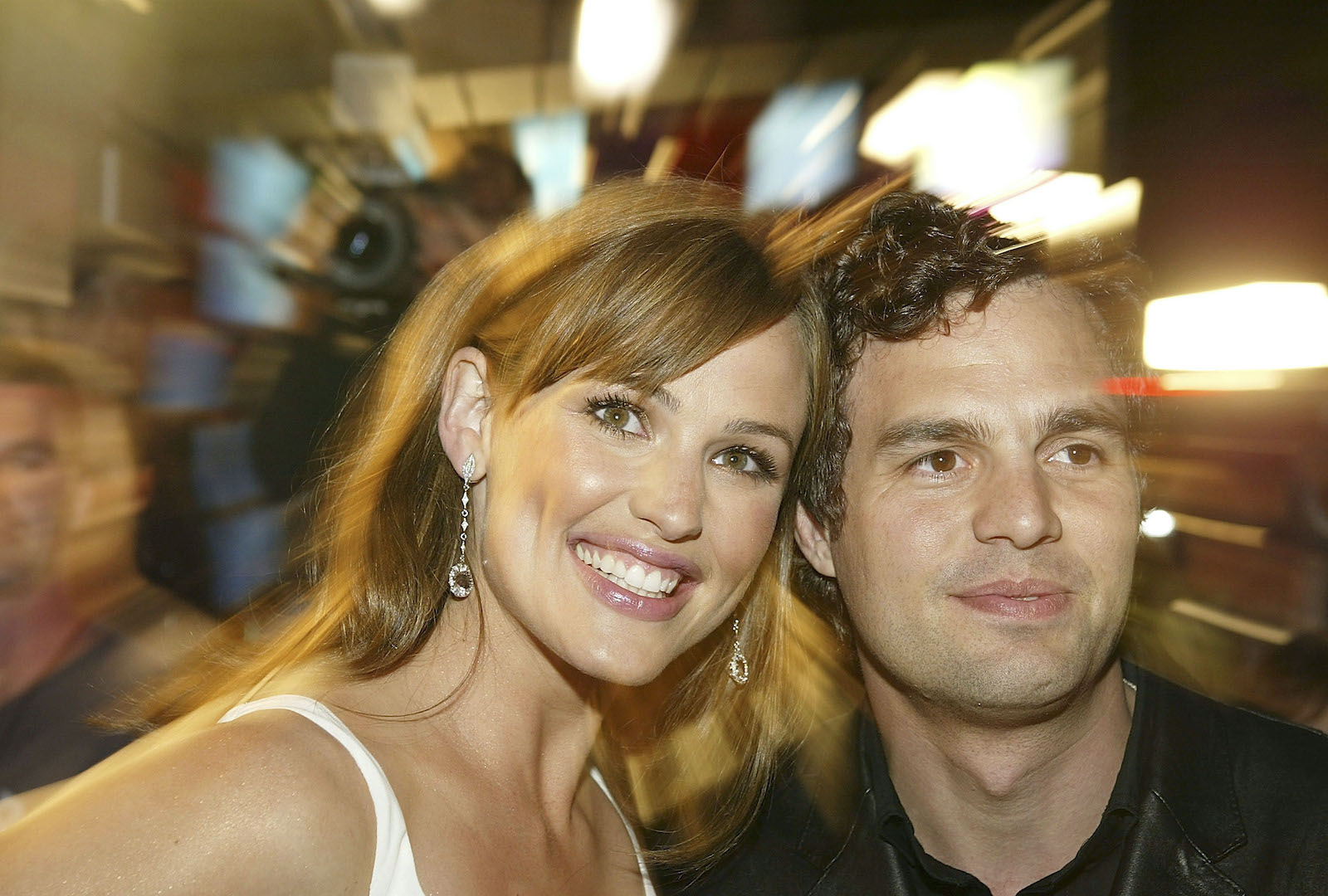 “Didn’t that movie come out, like forever ago?” Scobell jokes. Adding, “Like before I was born I think.”

Garner and Ruffalo then introduce Scobell to Razzles when he spies them next to Garner. She jokes, “These are Razzles, freshly opened and definitely not 18 years past the expiration date.” She hands him a few. Ruffalo says, “They’re a candy.” And Garner adds, “And a gum.”

Mark Ruffalo and Jennifer Garner were happy to reunite

Ruffalo captioned the video with “Can’t believe it’s been 18 years, it feels like it was yesterday…
Maybe the time travel in #TheAdamProject really happened.” Garner and Ruffalo play husband and wife in The Adam Project. Their son Adam, is played by Ryan Reynolds who travels back in time so his 12-year-old self, played by Scobell can save the world.

“We did 13 Going on 30, went on and had lives, families, and kids and all kinds of other stuff, and came back and it’s like, ‘Wow. what a journey we’ve taken,’ and here we are,” Ruffalo shared with ET.

Garner said she enjoyed reuniting with her 13 Going on 30 co-star for The Adam Project. “It was so lovely. It was really comforting to be together again, and I don’t think either of us realized how much we needed it and how great we feel. Making [13 Going on 30], specifically, was so special and then it’s meant so much to so many people since then, which has been such a gift.”

Until 50 Going on 80 materializes, see Ruffalo and Garner in The Adam Project, currently streaming on Netflix.