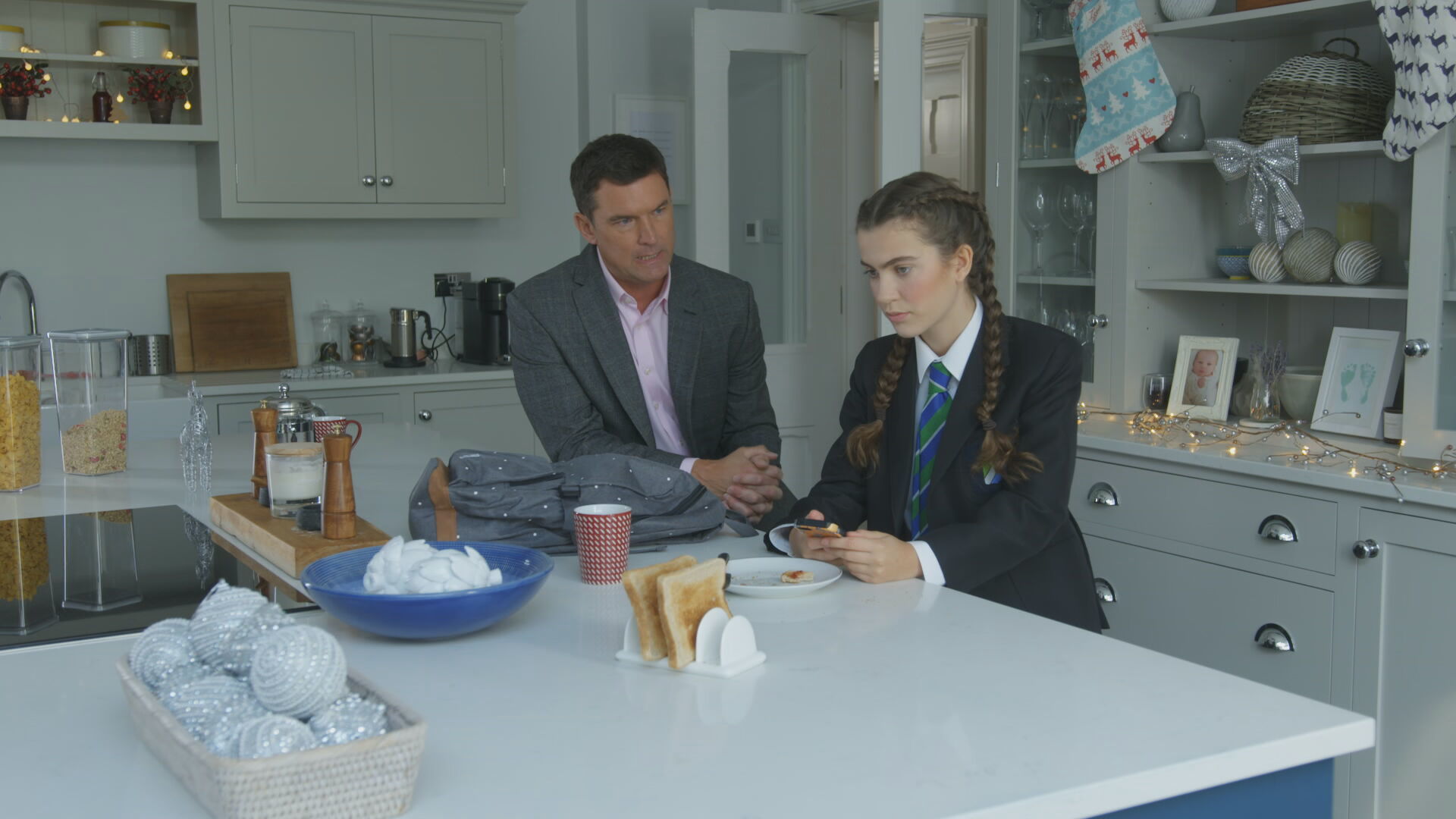 The festive season is now truly upon us. But there is precious little goodwill to be found in Letherbridge this Christmas in Doctors.

Take the household of Daniel Granger and Zara Carmichael (Matthew Chambers and Elisabeth Dermot Walsh). Their normally peaceful home has been riven with conflict ever since the unexpected return of Danial’s teenaged daughter, Izzie (Bethan Moore), a few weeks ago.

She may currently be best described as going through a “difficult” phase. She is a poster girl for post-millennial angst.

Izzie is currently very angry with Zara as she suspects (correctly) that Zara has told her father things which Izzie told her in confidence about her and her older boyfriend, Lee. Namely, that Lee has been encouraging Izzie to have sex with him.

Izzie lashes out. But it soon emerges that she’s very unhappy. It transpires that Lee has now broken up with her.

It is also revealed that she is being bullied at school as rumours have been spread about the reasons behind her and Lee’s break-up. Daniel is sympathetic and tries to help her, but nothing he says sees to help.

Finally, Izzie proposes a course of action which will hopefully bring the embattled family some peace for a while at least.