If you need a little Christmas magic this year, that famous line, spoken by Judy the Elf (Paige Tamada) in The Santa Clause might just do the trick. But, perhaps the story of how a not-so-jolly Scott Calvin (Tim Allen) became the man in the big red suit can up the ante. 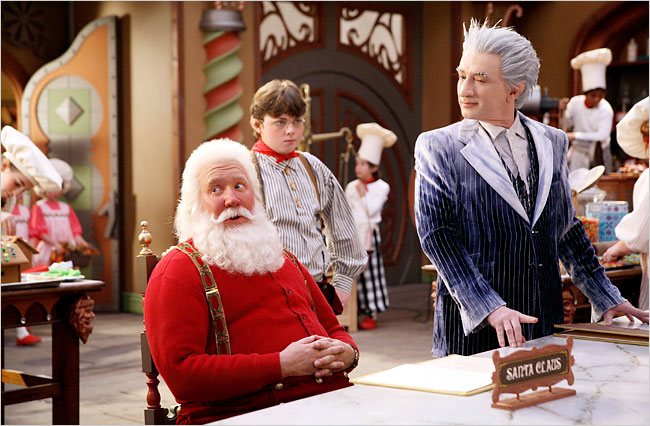 As one of the highest-earning Christmas movies of all time, The Santa Clause is one holiday flick you don’t want to skip this season. The 1994 Disney Christmas classic follows Scott Calvin, a divorced dad who has his son, Charlie (Eric Lloyd) on Christmas Eve. Some holiday mishaps happen — spoiler: he accidentally kills Santa Claus and puts on his suit — and the two find themselves in a world Calvin thought was fantasy (the North Pole). But, not too long after that, he learns that what he thought was made up, is now his reality.

After making his way up north, Bernard the Head Elf teaches Scott Calvin an important lesson — always read the fine print (aka the “Santa Clause”) — before doing anything crazy like put on Santa’s coat and deliver presents on Christmas Eve. Calvin, of course, doesn’t believe it. In fact, he thinks he’s dreaming. But, soon, his fate catches up to him and he becomes the one and only Santa Claus.

Today, The Santa Clause is high up on the list of must-watch Christmas movies (next to National Lampoon’s Christmas Vacation, Elf, and How The Grinch Stole Christmas) — especially for those that grew up watching it in the 90s. And, you can watch it via smartphone, tablet, computer, and connected devices such as AppleTV and Amazone Fire TV. But, is The Santa Clause on Netflix? Find out how to watch it, ahead.

Is ‘The Santa Clause’ on Netflix?

Christmas movie buffs rejoice, The Santa Clause is available for streaming this holiday season. However, it is, unfortunately, not available on Netflix.

To watch The Santa Clause on one of your devices, you can rent it via Amazon Prime Video for $4 (you can also purchase it for $10). Rented movies on Amazon are available to access within 30 days of purchase and, once you click start, you have three days to finish it (or watch it on repeat). In addition to the holiday classic, it’s sequels are also available for rent on the platform. You can also rent the movies on Google Play.

When is ‘The Santa Clause’ on TV?