The mum, 35, and Lea, four, wore their matching Burberry coats in New York. 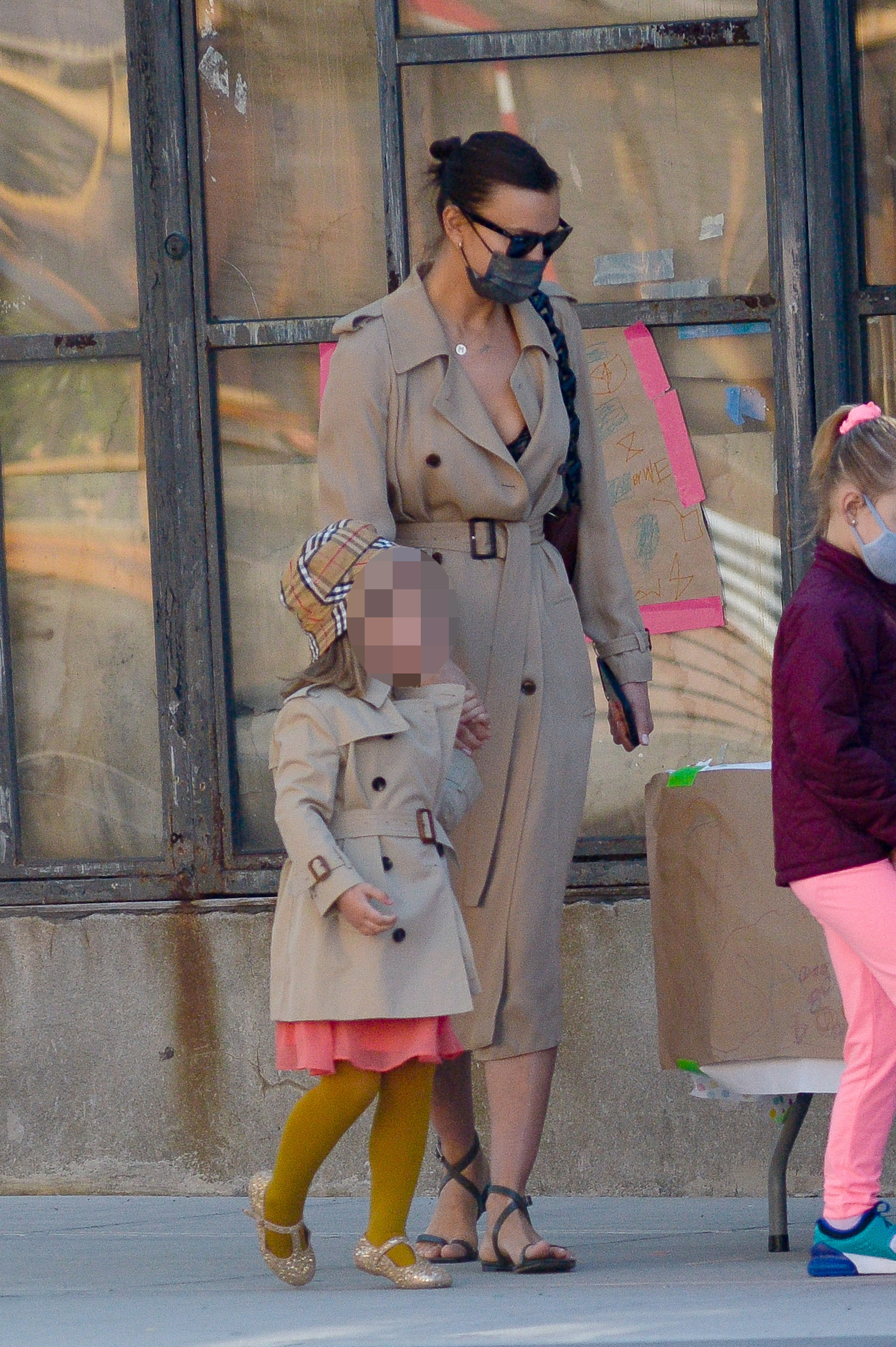 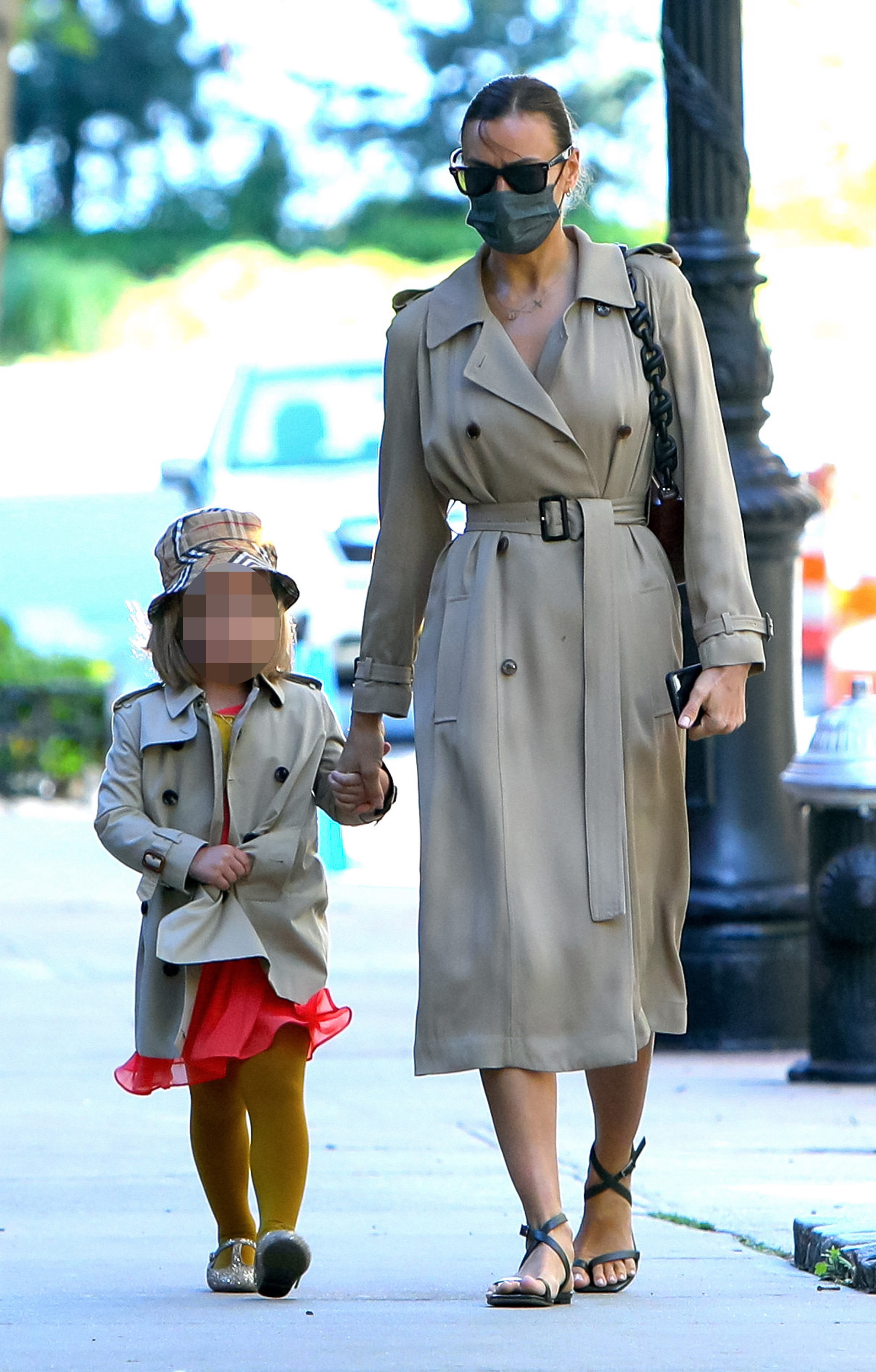 Bradley Cooper, 46, share custody of Lea with the brunette beauty.

They both remain based in New York City to make it easier to co-parent. 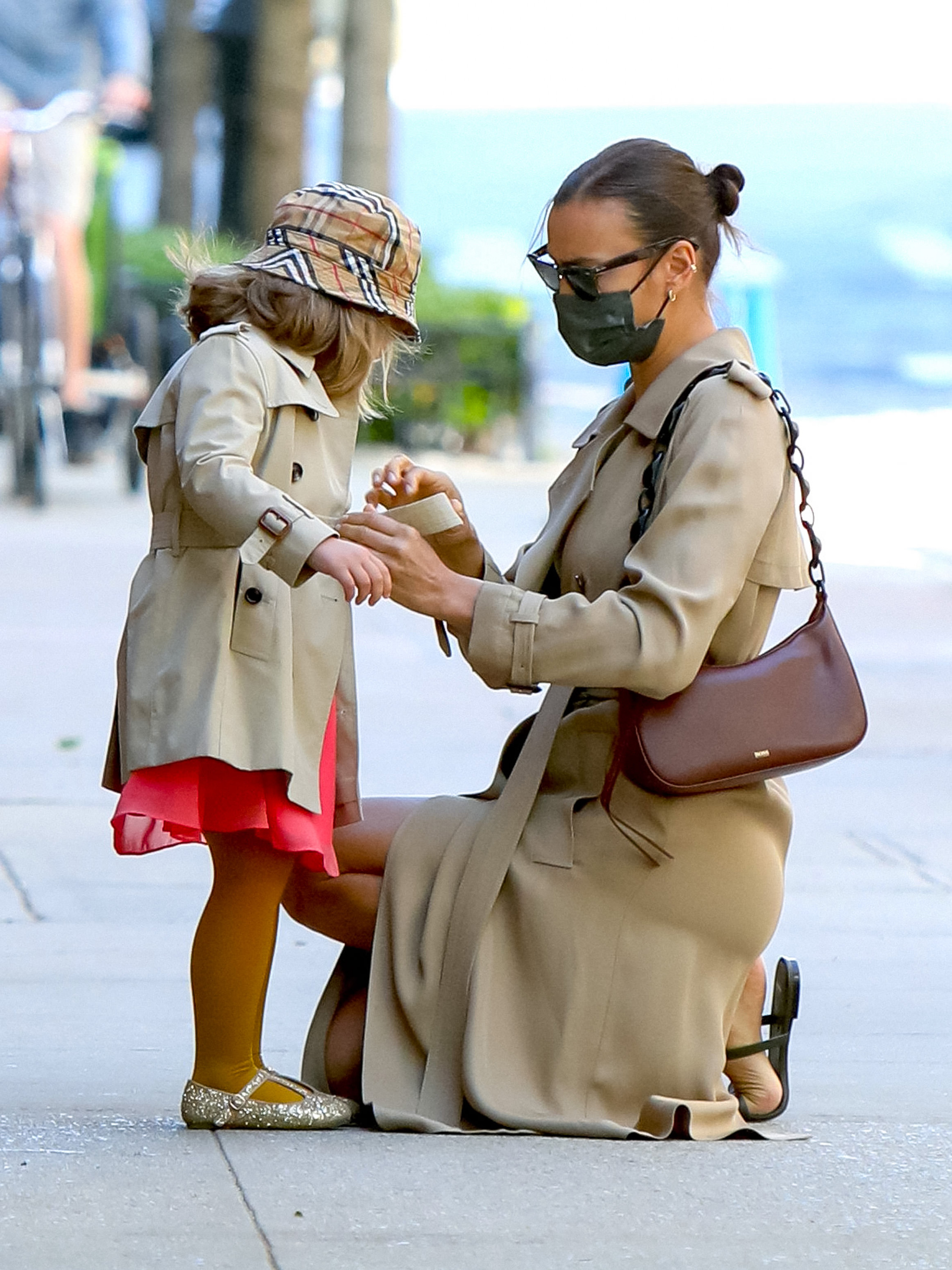 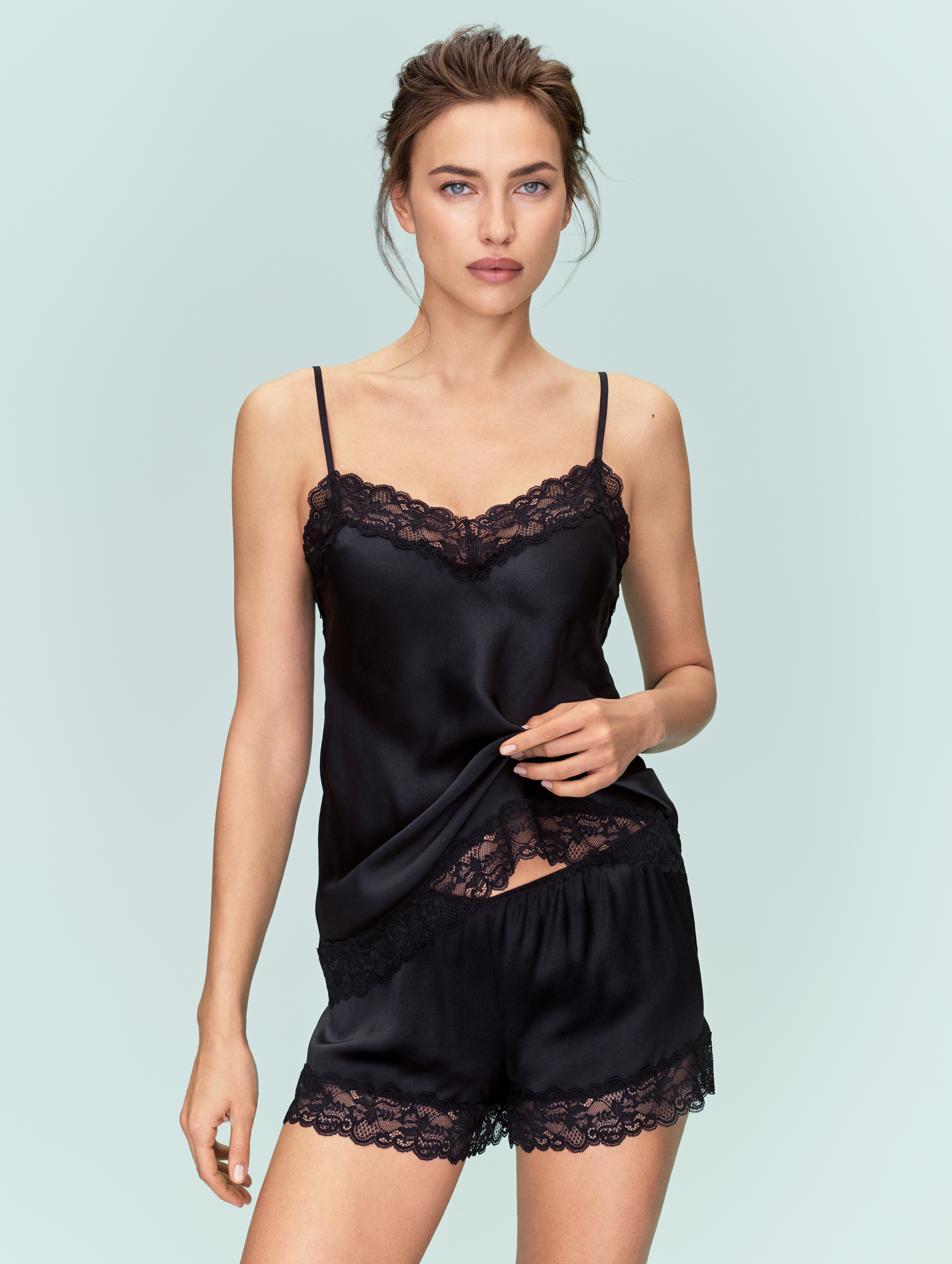 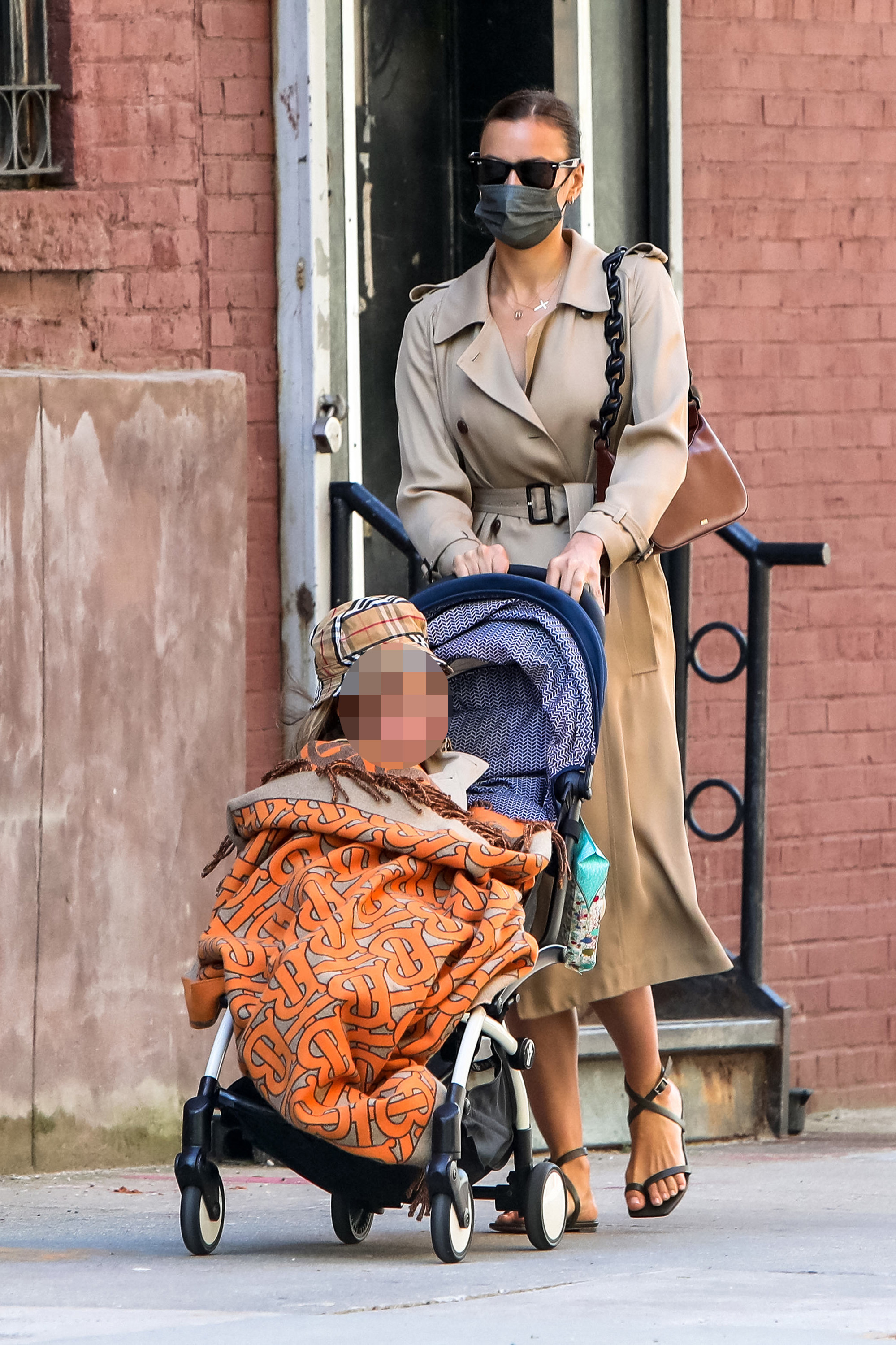 Previously, she praised Bradley Cooper for being 'the most amazing dad'.

It comes as glamorous Irina stole the limelight in a photo shoot.

She was just the tonic posing up in a green cocktail for Vogue magazine in her native Russia.