KATIE Price is known for living out her life in the limelight.

From her seven engagements, three marriages (and subsequent divorces), all five of her children, and copious surgeries, there's little fans don't know about the 43-year-old star. 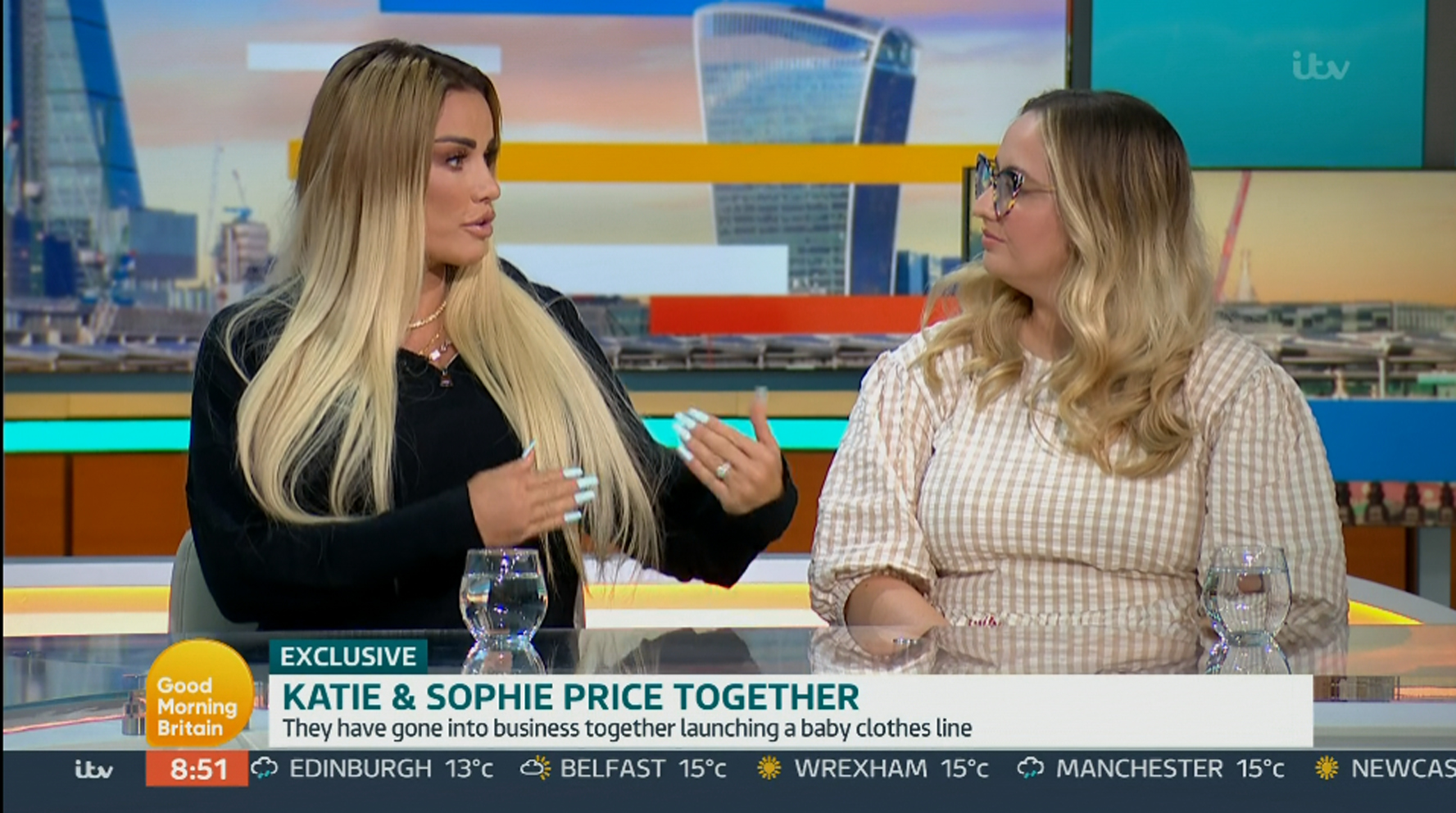 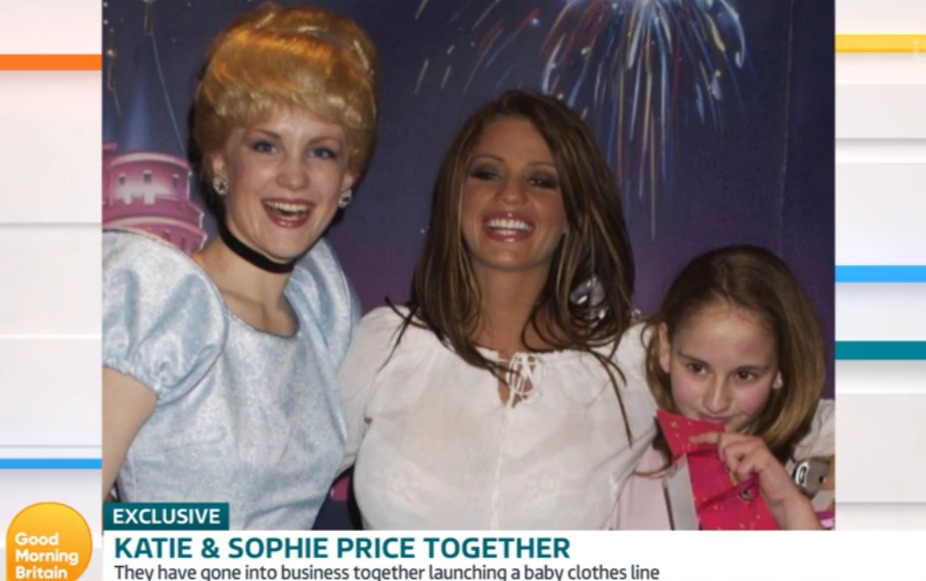 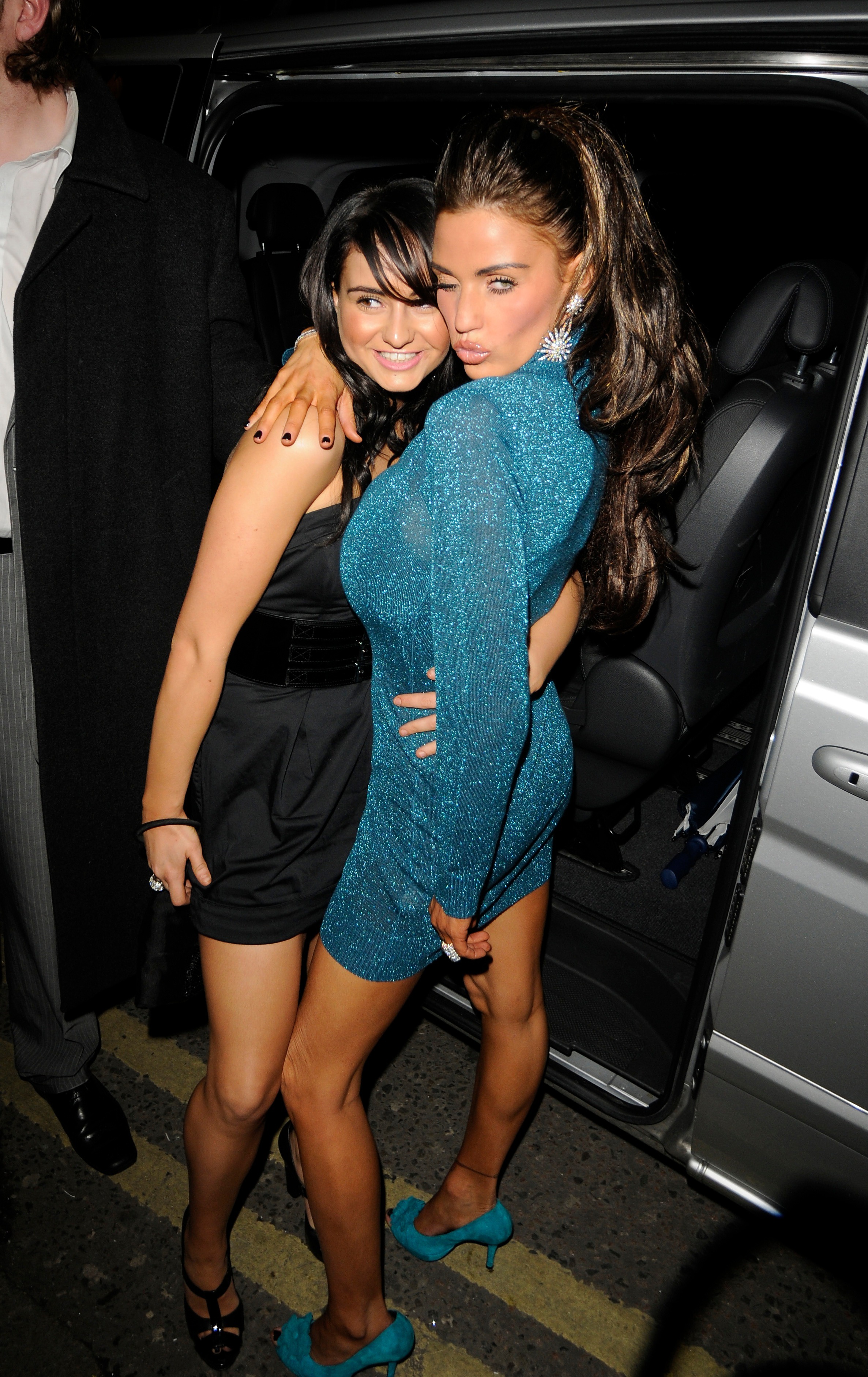 But one part of her life that has remained largely out of the spotlight is her relationship with her siblings, namely 31-year-old sister Sophie.

Despite the 11-year age gap, and being "like chalk and cheese", the sisters are incredibly close, and recently teamed up to launch a new baby clothing line.

Promoting the new brand is Sophie's first venture into the public eye, with the mother-of-one so private that she usually keeps her family link to Katie a secret.

Katie was 11 years old when her mum Amy and stepdad Paul Price welcomed Sophie, and she admitted it was love at first sight.

Speaking on Good Morning Britain yesterday, the former glamour model explained: "I was obsessed with her. When my mum had her and she was asleep I'd pinch her to try and wake her up, as an excuse to hold her. I was obsessed."

However, they ran into normal sibling rivalries as Sophie grew up, with the pair sharing a bedroom when Katie was in her late teens.

She shared: "As we got older I was getting angry with her because I'm the older sister; she nicked my shoes, my clothes, my make-up."

Sophie was just six years old when her big sister found fame, meaning that she doesn't know any different to her being in the spotlight.

However, Katie's fame made her a target at school – and she was bullied by cruel classmates.

She recalled: "It was just girls saying nasty things, when you're a teenager… You know what girls can be like."

As an adult, she keeps her relationship to Katie a secret – insisting that she likes to maintain her privacy.

Sophie shared: "I don't really tell a lot of people – not because there's anything wrong with [her], I'm just quite a private person. People tend to find out themselves, I don't actually say."

However, Sophie, mum Amy, and brother Daniel, 46, do have to deal with the fallout of Katie's fame, with the star admitting her family are the ones that see her "real side".

She went on: "They want to protect me, they get angry sometimes as they see things that aren't true and it does affect the family."

Sophie confessed that the impact of Katie being in the public eye "does get really frustrating", but at the same time it's all she knows.

The two women couldn't be more different and while Katie opted for a life of glamour and fame, Sophie earned a bachelor of arts degree in history in 2016 before earning a master’s degree in European history in 2019 – and enjoys solo visits to the museum.

Katie also calls her the "natural beauty", with Sophie shying away from the surgery and cosmetic procedures that her sis enjoys, saying: "I don't think there's anything wrong with it, but personally it's not for me."

While the sisters playfully teased each other, with Katie calling her sibling a "geek", and Sophie exposing the star's love for Antique's Roadshow, they get along incredibly well.

In fact, Sophie giving birth to son Albert in May of this year even helped to curb Katie's baby fever, with her new nephew "keeping her occupied".

Away from the new baby clothing line, Sophie has been an assistant press officer for BBC Children In Need for three years.

She's in a relationship with recruitment account manager Harry Brooks, who she has been with for 11 years, and Albert is their only son. 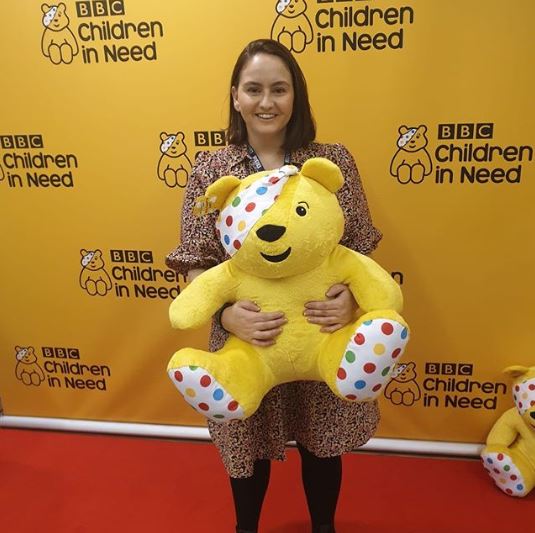 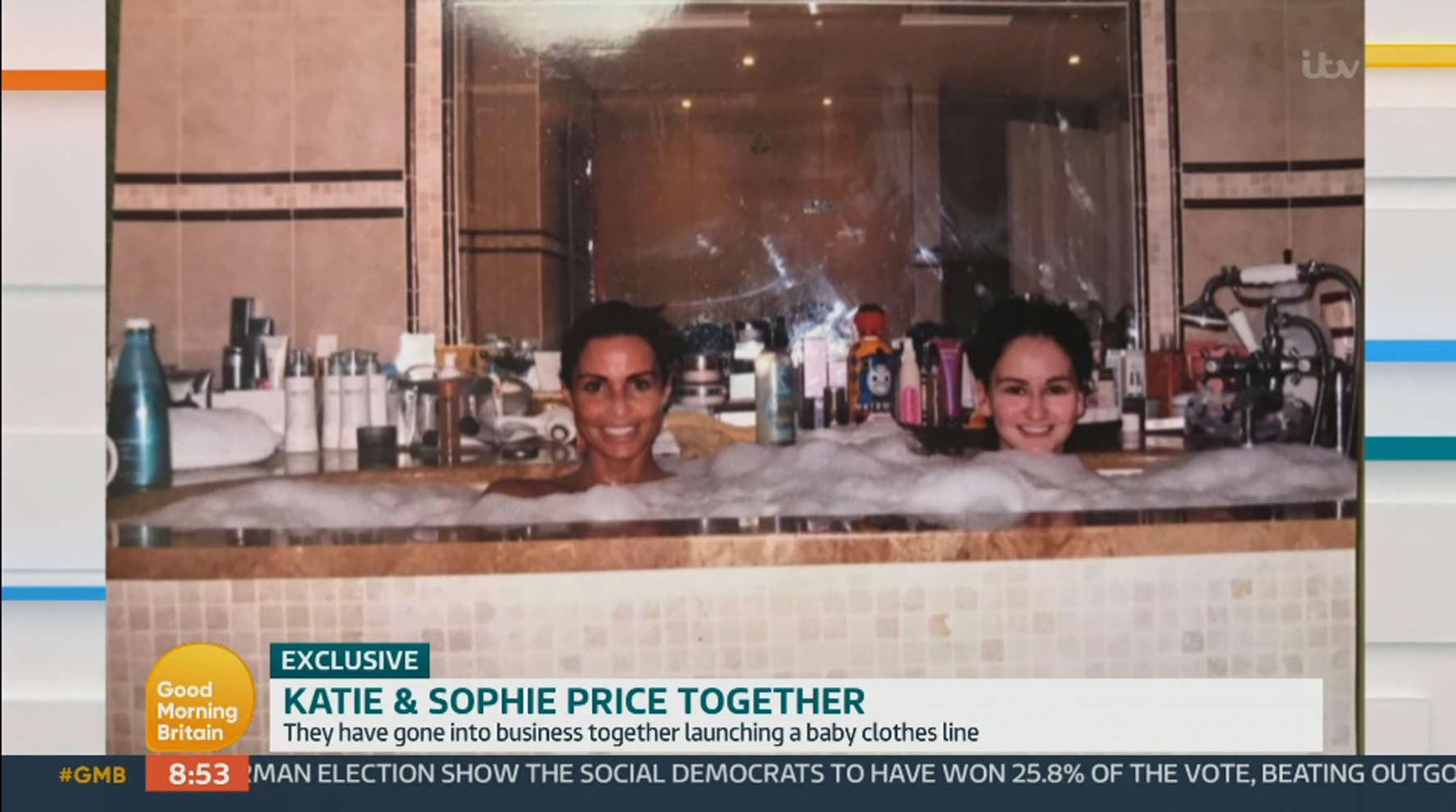 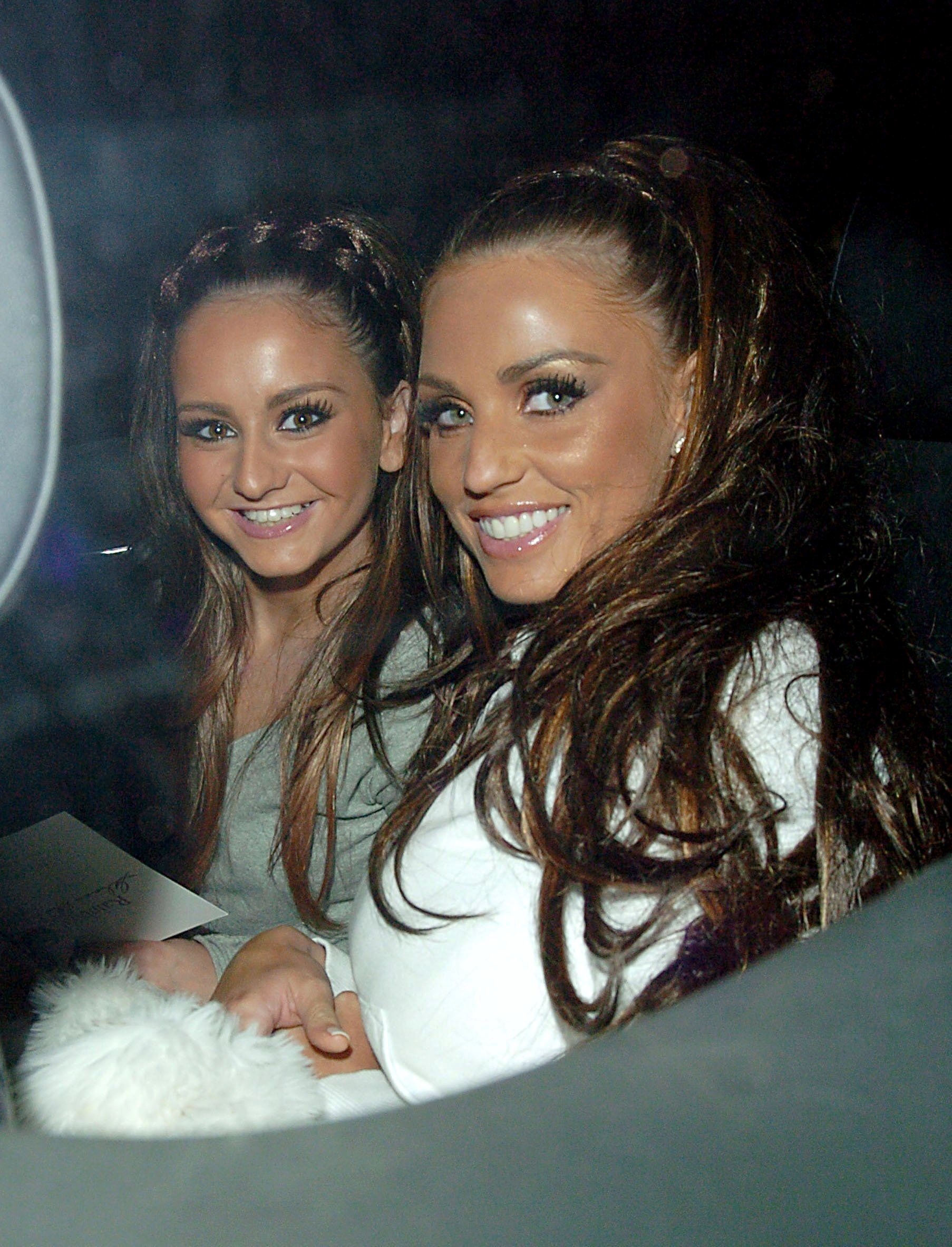 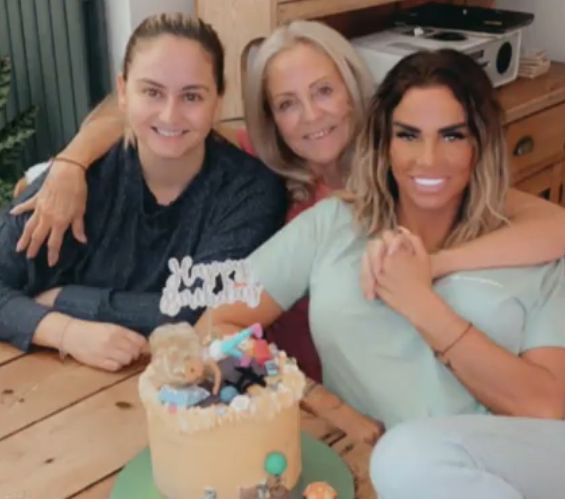