“Welcome to the ancient world, Mr. Luthor. Soon the gods will know your name.”

“I can assure you — the gods already know me.”

That about sums up the ominous vibe of Titans‘ full season 4 trailer, which was released by HBO Max on Wednesday, along with the poster seen below.

Lex (played by Deadwood and Bosch vet Titus Welliver) looms large in the preview above, which establishes that the iconic adversary is now dabbling in the occult. We also see Franka Potente’s Mother Mayhem talk to The Originals alum Joseph Morgan’s mild-mannered Sebastian Blood, who seems to be struggling with his supernatural-tinged Brother Blood alter ego.

Also, Connor (played by Joshua Orpin) gets hailed by Lex à la 1978’s Superman, while Gar (Ryan Potter) seems to be going through some… stuff.

As recently announced, Titans Season 4 will launch with its first two episodes, followed by weekly episodes releases through Dec. 1. An additional six episodes will then be released in 2023. 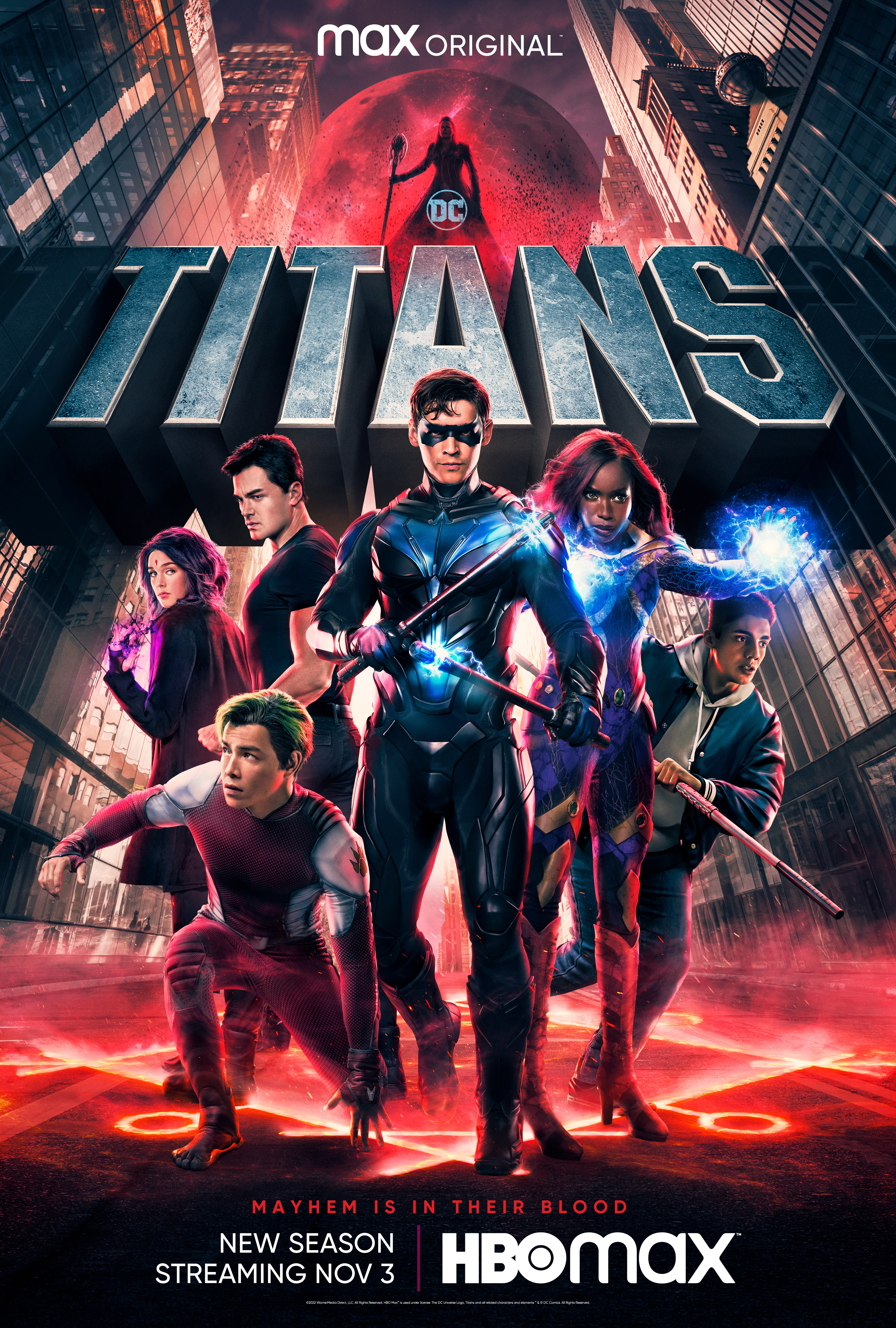 In Season 4, the titular team of heroes, as teased in the last October’s finale, are heading back to San Francisco — though after a stop in Metropolis, they find themselves in the crosshairs of “a supernatural cult with powers unlike anything they’ve faced before.” It was also previously revealed that S.T.A.R. Labs will play a “pivotal role” in Season 4.

Among new castings, in addition to Welliver, Morgan and Potente, Lisa Ambalavanar (Doctors) will recur as Jinx, a “quick-witted criminal and master of dark magic” who also appears in the trailer to deliver a clear message to Brenton Thwaites’ Dick Grayson.

Want scoop on Titans Season 4, or for any other show? Email [email protected] and your question may be answered via Matt’s Inside Line.