The final three have been revealed as the final eviction took place tonight. 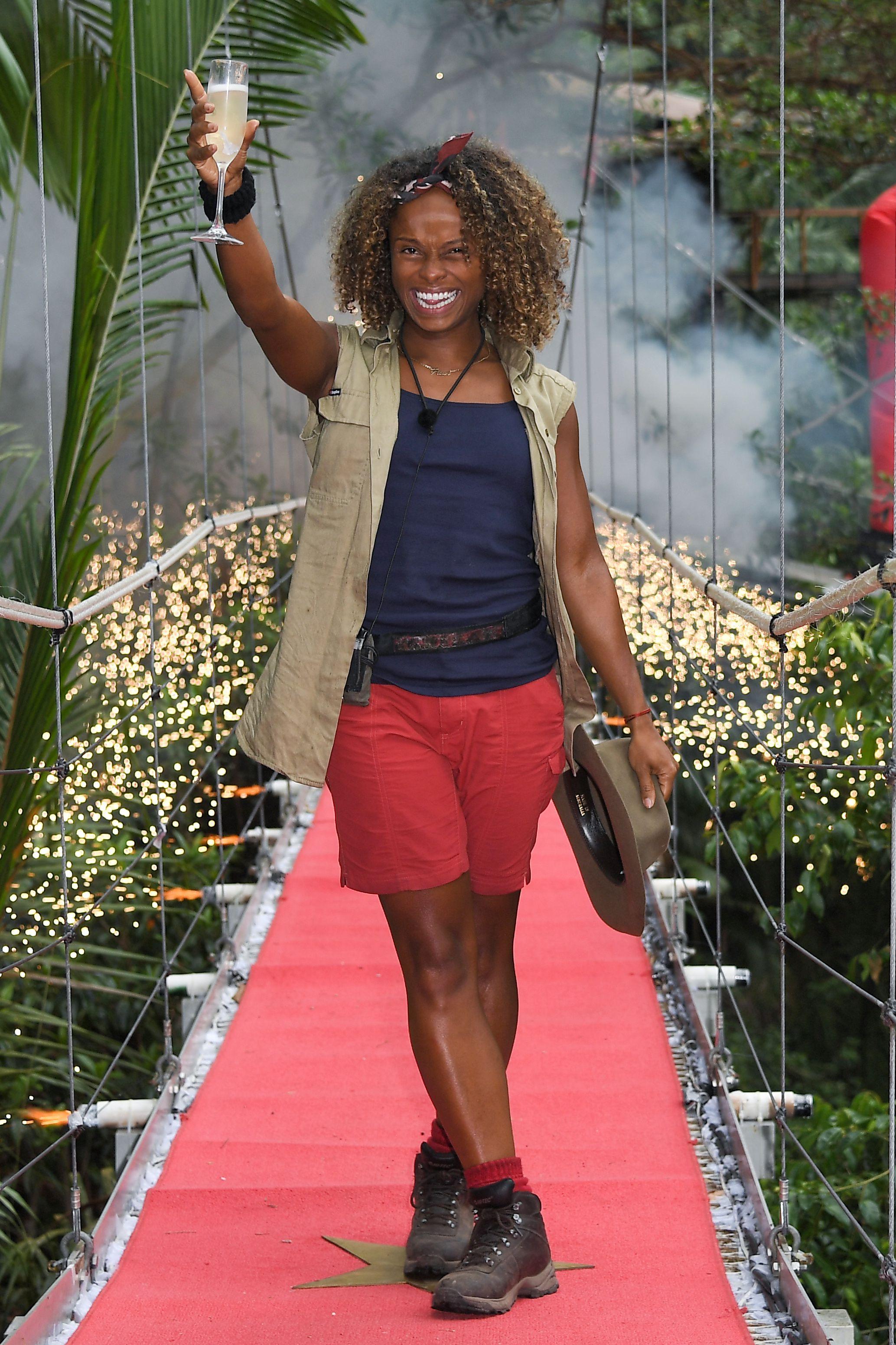 At the end of tonight's show, hosts Holly Willoughby and Declan Donnelly announced the former X Factor star had been axed.

Fleur got big hugs from Emily Attack and John Barrowman, who looked like he was on the verge of tears.

After walking across the bridge, Fleur tipped her pal Harry to win, saying: "It's got to me my dad Hazza." 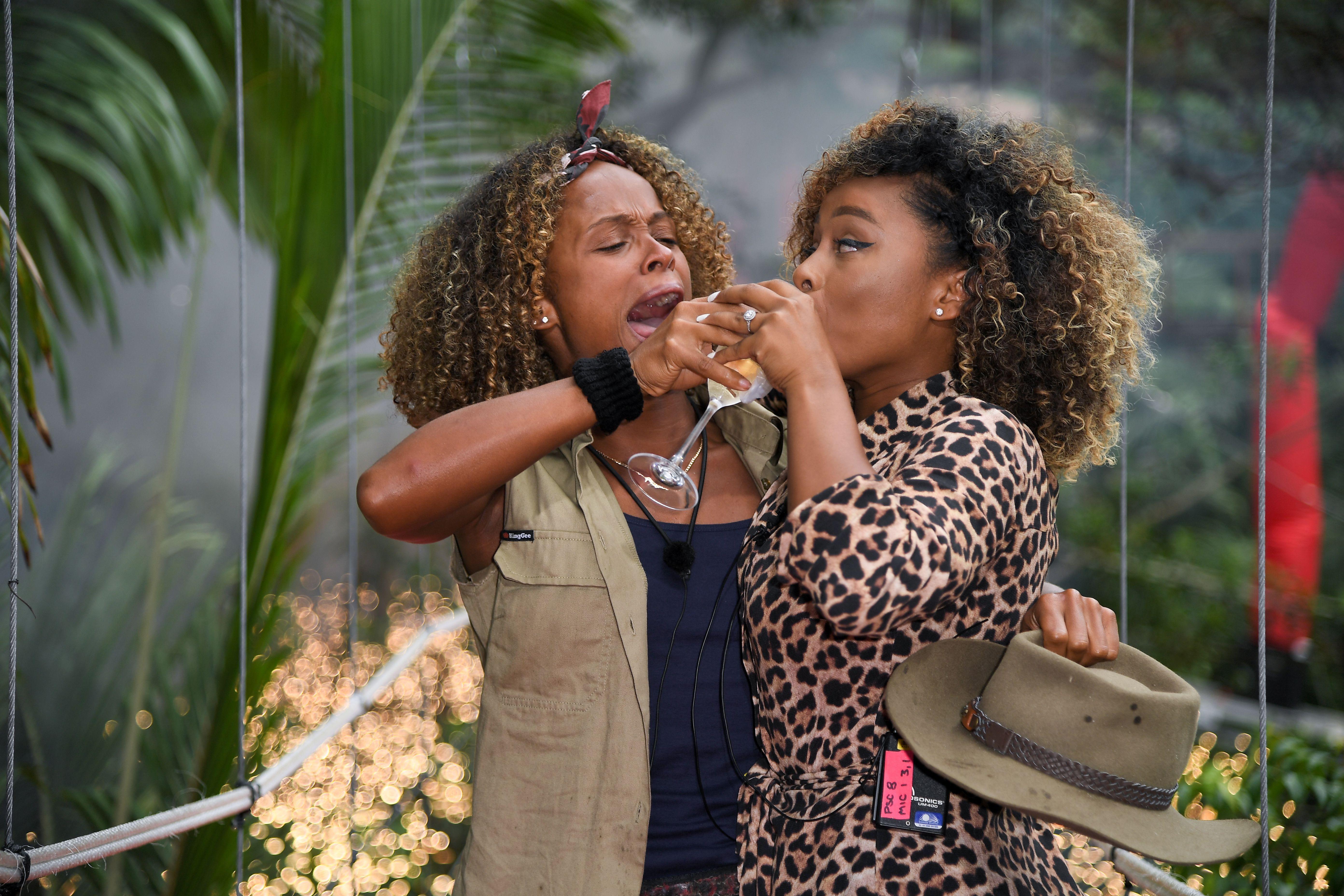 The singer laughed: "My gosh, food. We were talking about food all day every imaging all the dirty things we were going to eat. [I am going to have] a dirty pizza and a dirty burrito."

There are now only three celebrities left in the jungle to battle it out for a place in Sunday's final.

Former jungle leader Noel Edmonds was the first to leave the camp and he was followed over the bridge by actor Malique Thompson-Dwyer, who second to get the boot. 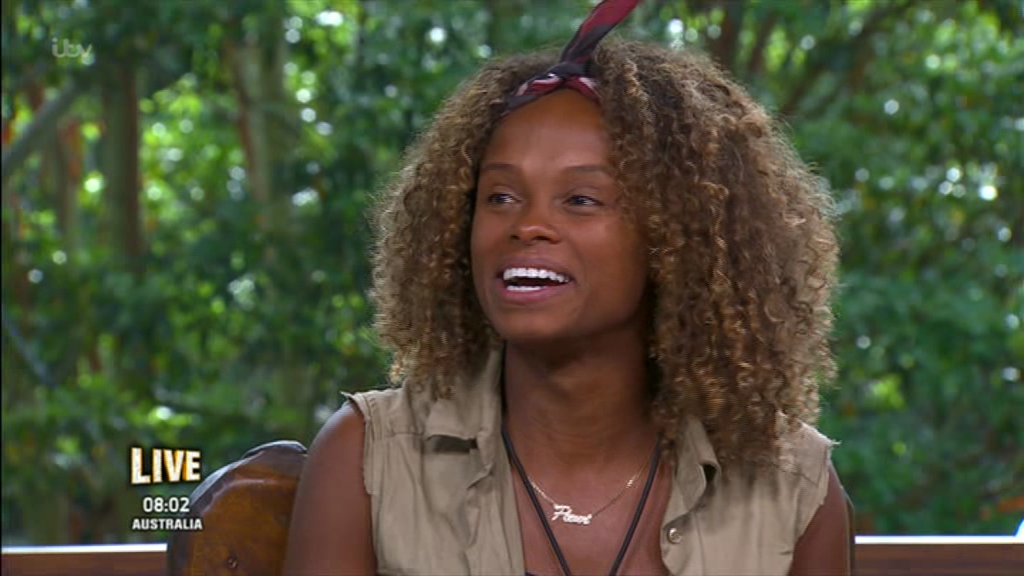 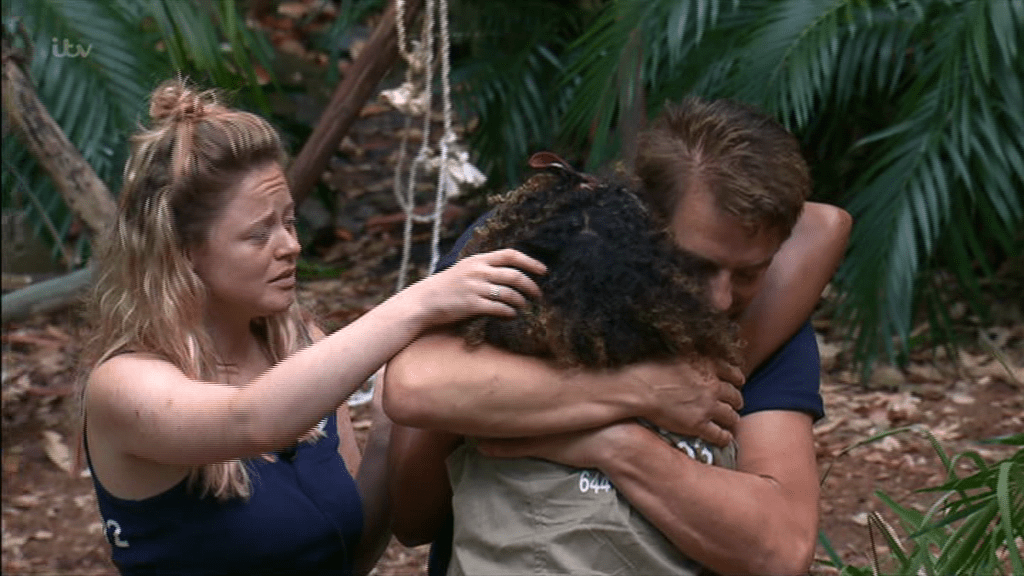 It leaves Harry Redknapp,Emily Atack, and John Barrowman in contention for the title – and the winner will be decided tomorrow.

Poor Harry almost got caught short as he declared he desperately needed a 'wee' during the trial .

The 71-year-old football manager donned a superhero cape for the water challenge, but felt the sudden urge to go to the toilet as soon as he jumped off of the rotating wheel into a pool of murky water, only to be doused by water hoses.