The athlete, 26, was taking part in the show's first Castle Coin Challenge, which required them to match up quotes with the celeb who said them, alongside campmate Giovanna Fletcher. 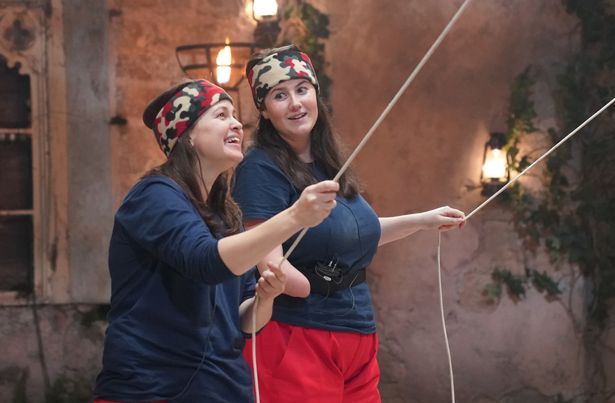 The challenge saw the pair placing a ball into the mouth of their campmates' portraits, based on the quote they were given.

One quote read: "My hidden talent is singing."

Instantly, Giovanna insisted it was Hollie and said: "It is, you're such a good singer! Go on, sing to us, go on!"

To which Giovanna said: "I can't believe you're not singing to me right now, I feel deeply bereft."

After some coaxing, Hollie finally burst into a brief verse of Andra Day's Rise Up, which left Giovanna beaming.

And it wasn't only Giovanna who was delighted with the impromptu performance but also viewers at home, who praised her talent on Twitter.

"Who knew Hollie Arnold MBE had a hidden talent for singing," another wrote.

A third shared: "Hollie Arnold has a good singing voice if anyone heared #ImACeleb" (sic).

After the successfully doing challenge, Hollie and Giovanna went to meet Kiosk Cledwyn for the first time this series in a bid to get the camp Welsh cakes.

However, their campmates answered the question, what percentage of Brits talk about the weather at least once a day, wrong.

Closing his shutter in their faces, Giovanna and Hollie returned defeated to camp and had to break the bad news.