I’m A Celebrity…Get Me Out Of Here! has been relocated to Gwrych Castle in North Wales this year, meaning the ITV reality show contestants taking part haven’t had to face the exotic creepy crawlies they would have had to if they were in the jungle. Despite the change of surroundings, the all-stars have still confronted their fears by being put into holdings with snakes and insects, as well as having to sift through boxes filled with critters. Watching the scenes unfold at home, supporters of RSPCA claim this has been giving off a “troubling” message about animal welfare. According to recent reports, almost 1,000 complaints have now been lodged to broadcasting watchdog Ofcom.

A spokesperson for the RSPCA has revealed the number of complaints against the use of live animals and insects in trials has significantly increased since the show began airing in the UK last month.

Chief executive of the campaign group Chris Sherwood explained animal science experts have been watching the programme carefully and “have witnessed invertebrates being crushed, animals mishandled in small, enclosed spaces, and snakes locked in vaults with contestants.”

After claiming this would cause “fear and distress” to the life forms, he added: “People are increasingly aware of animal sentience – and the feelings of happiness and distress animals can experience.

“We’re really worried that using animals in this way sends a troubling message that their lives can be easily disregarded for quick entertainment.”

The animal rights activist went on to tell MailOnline he hopes bosses will pay attention to viewers’ plights and “end the use of live creatures.” 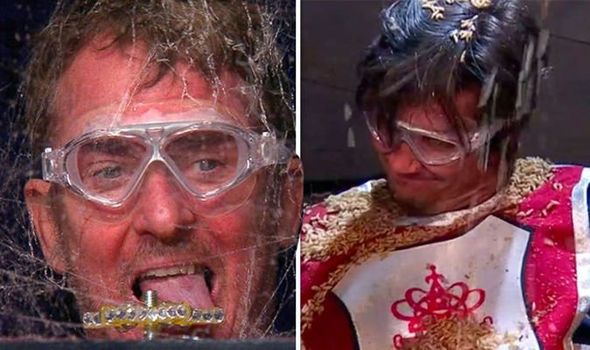 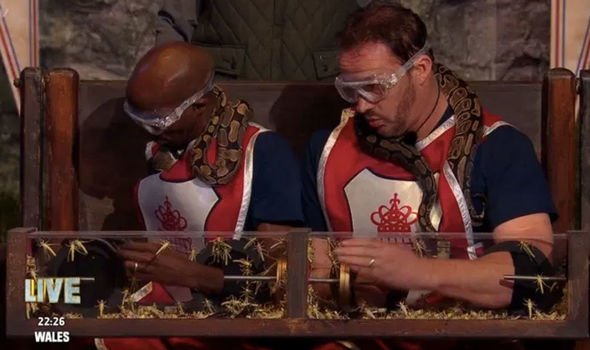 Express.co.uk has contacted an ITV representative and broadcasting watchdog Ofcom for comment on the backlash.

This isn’t the first time animal welfare has been the cause of contention this series, with the local authorities becoming involved in the matter.

North Wales Police had reportedly been contacted by viewers over the use of cockroaches, maggots, spiders and worms within the trials.

This was brought to the authorities attention as there were complaints about whether said insects would threaten the wildlife already living around the castle. 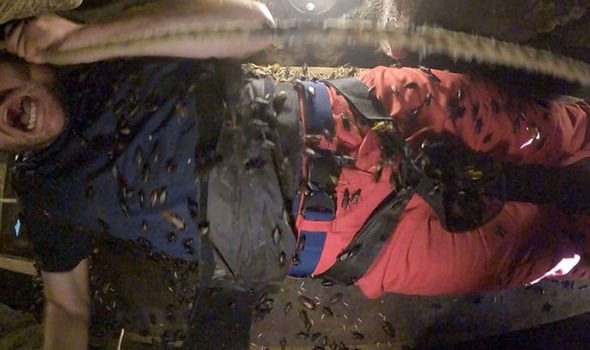 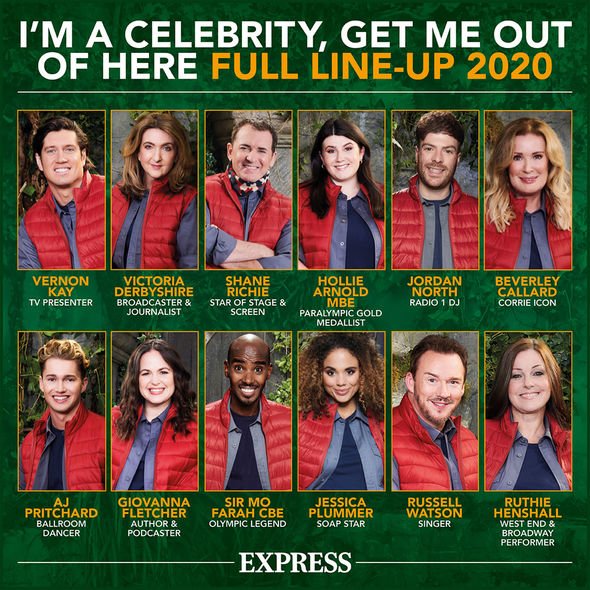 However, ITV did respond to this and explained the “non-invasive species” of creatures were only ever released into a confined space before being collected and stored safely after the filming of the trials had been completed.

“The bugs are UK-bred and are commercially purchased in the UK for birds and exotic animal feed for pets and zookeepers in normal circumstances.

“Our insects have been donated to local wildlife sanctuaries, trusts and zoos for their exotic animal and bird feed after filming,” they continued.

The police investigation was brought to a close towards the end of last month after the local authorities issued “suitable advice” to producers after receiving complaints.

Ahead of last year’s series of the popular reality show, a new rule was implemented which meant the celebrities would not have to eat live critters.

This was the first time in the show’s 20-year history such action had been taken after thousands of complaints were lodged over the years by viewers.

During the infamous Bushtucker Trials, the 2019 contestants only ate bugs which were already dead before filming commenced.

An insider said at the time: “Producers have been debating the use of live critters in the eating tasks for some time.”

“Last year only beach worms were fed to the celebrities still alive but now there’s a total ban,” they continued to tell The Sun.

“The increased sensitivity around the subject has become too hard to ignore,” the source explained, with BBC wildlife presenter Chris Packham, 59, publicly sharing his opinions on the debate.

“When I see them being harmed or killed for entertainment, I wonder if we are not in the Middle Ages,” he said.

“It’s about change. People have to accept that we have to make changes now,” the Autumnwatch star told The Mirror.

I’m A Celebrity…Get Me Out Of Here! continues weeknights at 9pm on ITV.