The 28-year-old was rapping to her hit Black Widow in Brazil when her dancer fell ill. 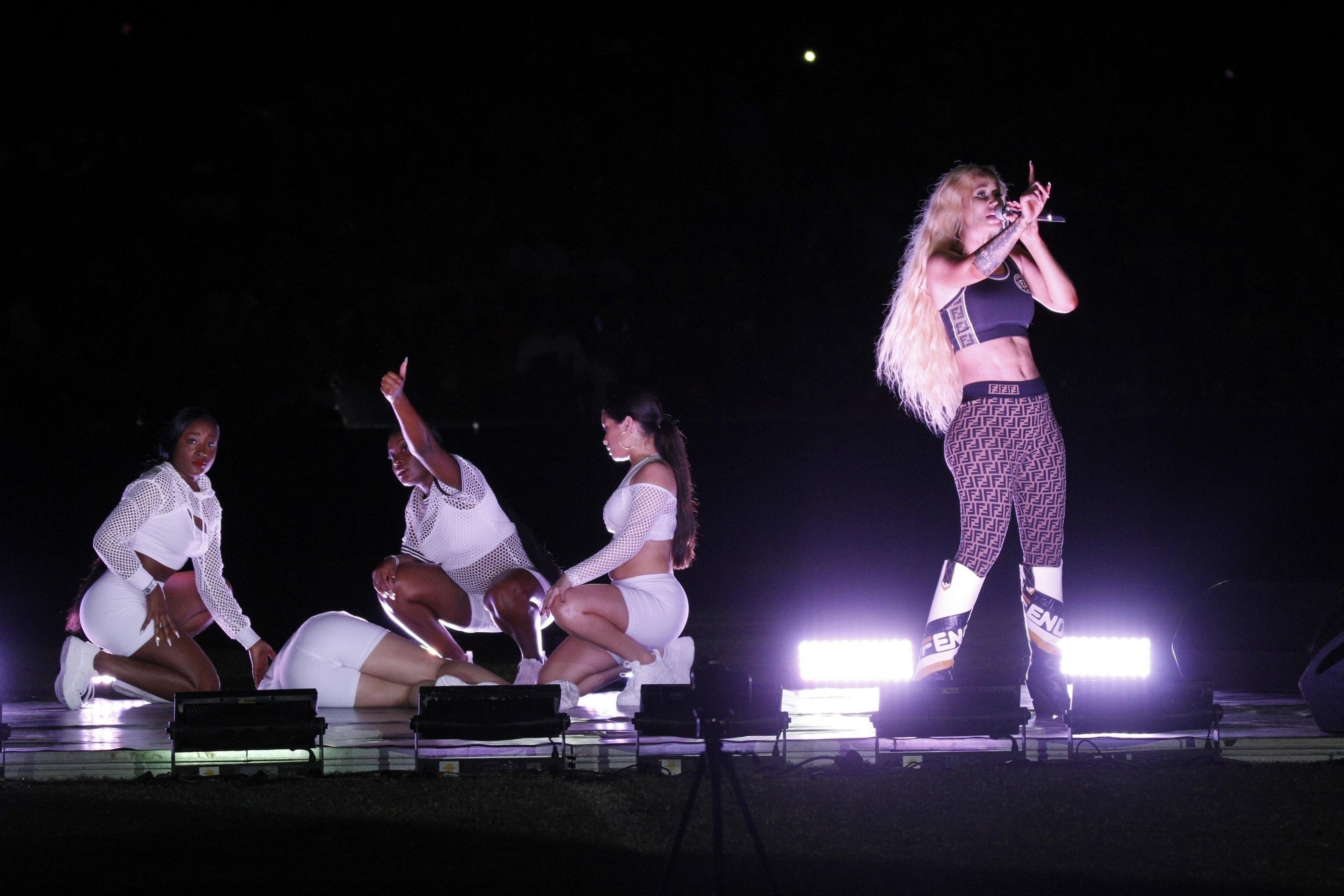 Iggy, 28,  faced a slew of criticism for continuing to rap after the incident happened mid-performance at a gig in Rio de Janeiro.

The superstar called out for medical assistance but controversially decided to continue the show as the dancer lay on the floor spasming.

Critics took to the web to slam the performer for her insensitivity for not stopping the show.

Feeling the heat, Iggy defended herself in a series of emotional messages on her Instagram stories. 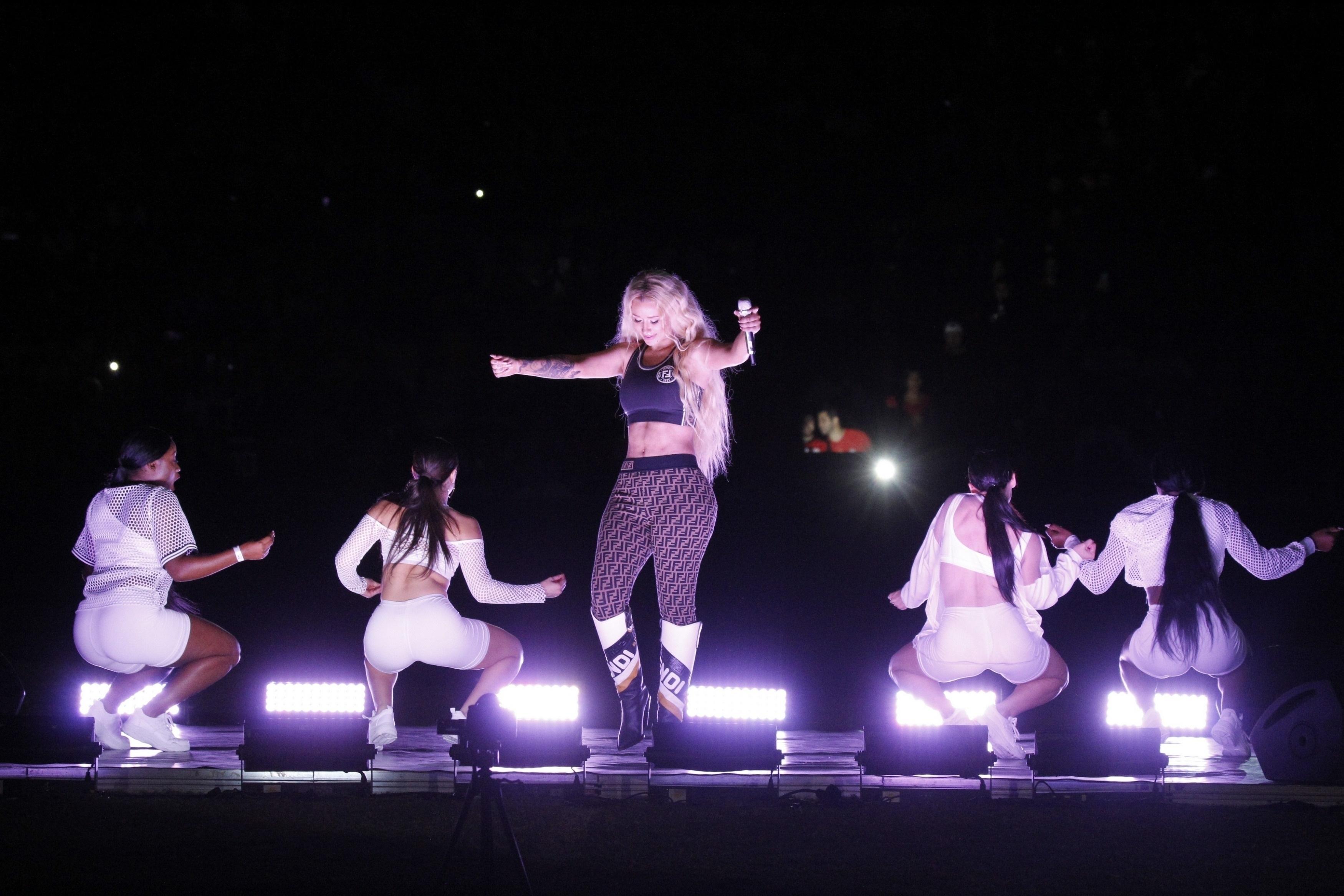 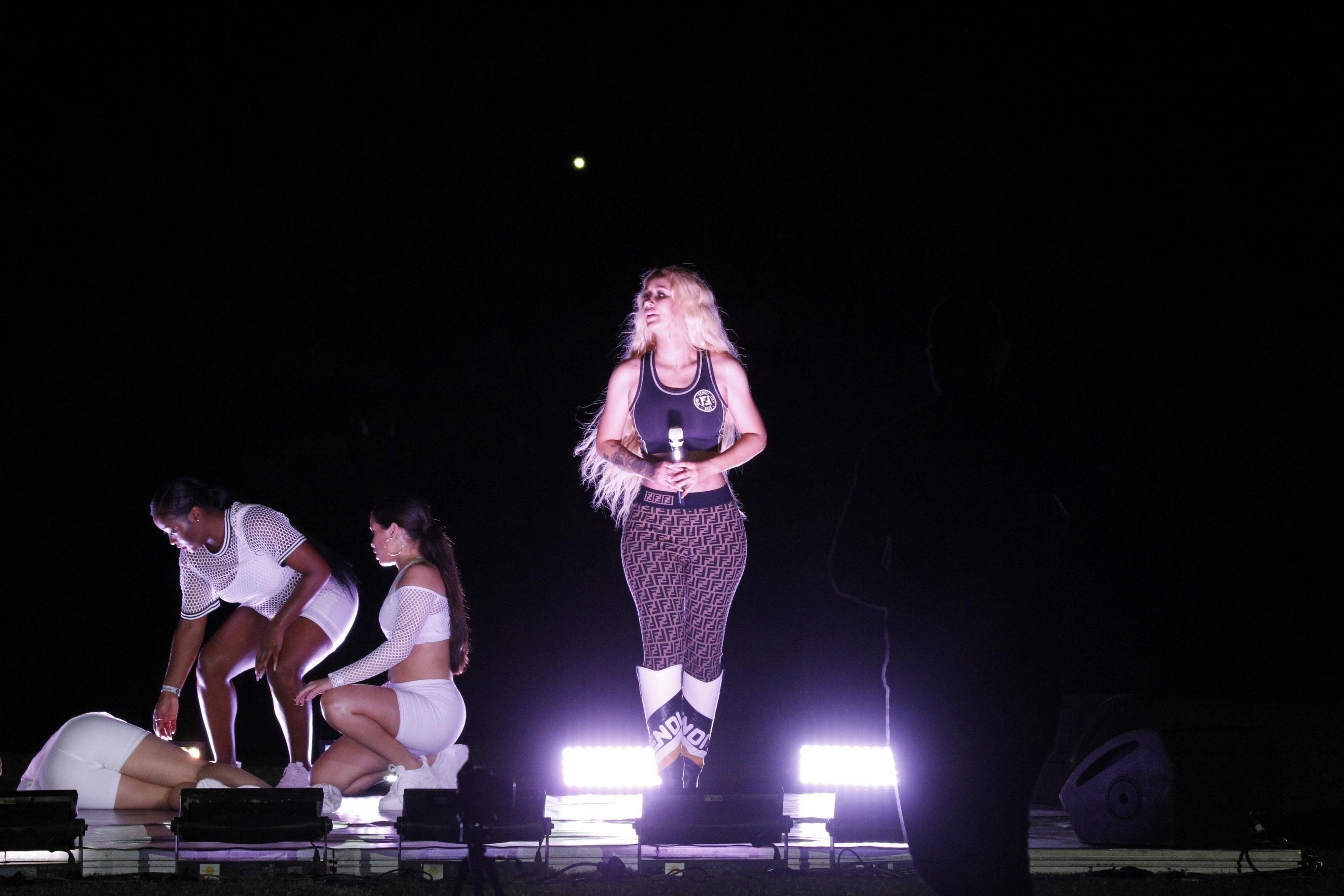 Writing to her 12.8 million followers, she said: "Just want to let everyone asking know my dancer is OKAY!

"The light & heat caused her to have a seizure. She is backstage feeling much better.

"Also for what it's worth in regards to the backing dancer.  1. I thought she had just fallen/twisted her ankle.

"And it may sound harsh but you keep singing until the  music stops & ask for a medic which is what I did.

"2. We are all really shaken up by what happened and just thankful she is ok.

"3. I know it's easy to make memes of someone 'passed out' but someone having a seizure isn’t funny, it’s really scary! 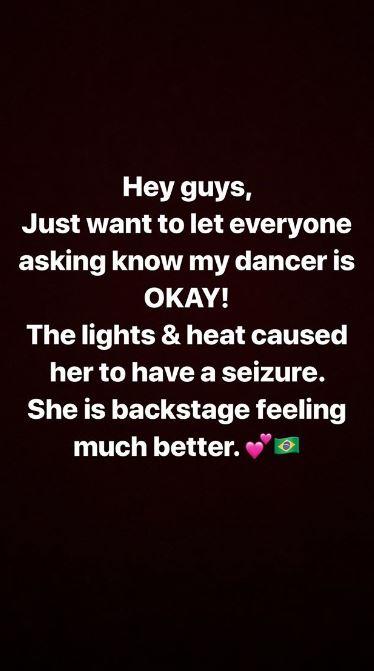 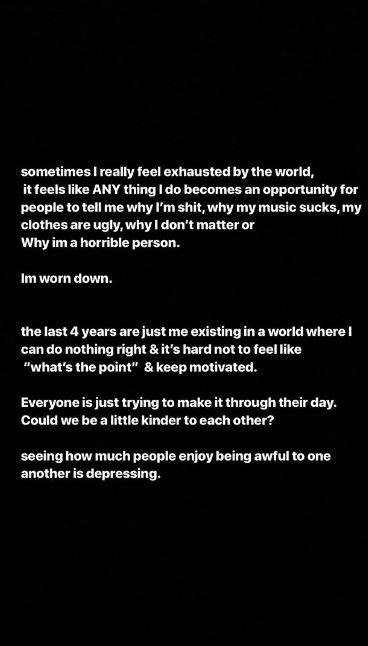 "So I hope my fans do not repost some of the memes I’m seeing about my dancer."

She fumed: "Sometimes I feel really exhausted by the world. It's like ANYthing I do becomes an opportunity for people to tell me why I'm sh*t, why my music sucks, why my clothes are ugly, why I don't matter or why I'm a horrible person.

"I'm worn down. The last 4 years are just me existing in a world where I can do nothing right & it's hard not to feel the point and keep motivated.

"Everyone is just trying to make it through the day, could we be a little kinder to each other?"

Exasperated, she added: "Seeing how much people enjoying being awful to one another is depressing (sic)."

In October Iggy cancelled almost all of the North American leg of her Bad Girls tour.

The rapper tweeted at the time: “Believe me – I was really excited for this tour… and I’m genuinely disappointed it can’t happen this year. The choice was out of my hands and not my call to make.”

She added: “All i can do is keep pushing, keep recording and keep a smile on my face.”