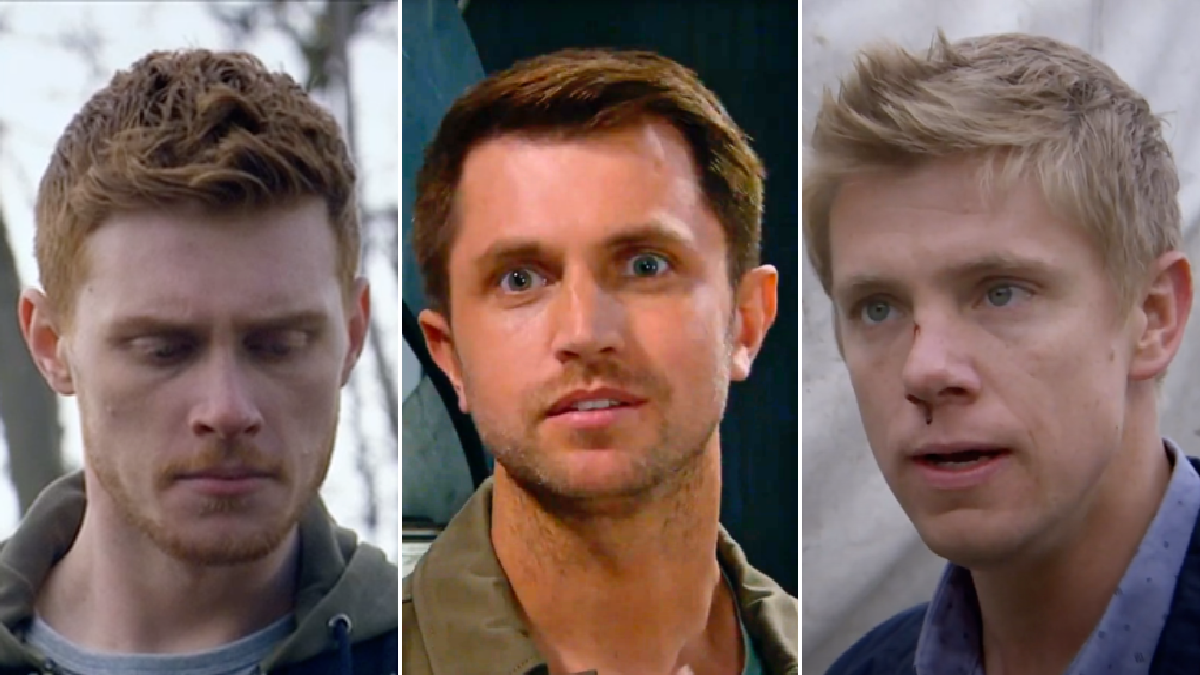 There’s nothing quite like a soap twist that leaves viewers having to pick their jaws up off the floor – and Emmerdale’s latest well and truly did that.

The ITV soap has been home to many a shock twists as of late, but tonight’s (June 4) was arguably the biggest of the year – with little to no previous hints of what was to come.

While Luke Posner’s (Max Parker) recent behaviour has certainly raised a lot of questions, the reasons for his secrecy were unpredictable to say the least.

With Wendy (Susan Cookson) having learned from Ethan Anderson (Emile John) that her son had been cat fishing him, she made it her mission to find out what was going on.

Viewers were previously aware that Luke has a history with a fella named Stephen, but he’s claimed that it was nothing more than a one night stand.

It was, however, pretty evident that this wasn’t the case, but nonetheless that’s the story he went with when telling Wendy and Victoria Barton (Isabel Hodgins) about the relationship.

With Wendy asking questions, Luke decided to drop the charade, as he revealed that the relationship with Stephen was ‘intense’, confirming that they were very much in love.

Luke, in fact, had even toyed with the prospect of introducing him to Wendy.

So what went wrong?

Well, before he could do so, he was assaulted in a violent homophobic attack – and said attack was carried out by none other than his own brother Lee (Kris Mochrie).

And the hits just kept on coming, so to speak, as Luke revealed that he’d fought back during the assault – resulting in Lee smacking his head.

Oh, and the incident took place on the very same day that Lee was attacked by Robert Sugden (Ryan Hawley)!

This, of course, means that Luke could’ve unintentionally played a part in his brother’s demise – and perhaps he was to blame more so than Robert.

‘If Lee had hurt his head as badly as you said he did,’ Wendy said to her son, ‘before he met Robert that afternoon… before Robert hit him!’

Comprehending this bombshell was tough for Wendy, and she struggled to come to terms with it all. However, she made it quite clear that Luke should come clean to Victoria.

Luke, however, has no intention of doing so, and he informed Wendy that – if she were to even contemplate spilling the beans – then she would lose another son.

A bombshell for the soap history books? We reckon so, and – while a ‘retcon’ of sorts – the re-exploration of Lee’s demise has the potential to draw in several characters, which is when soaps are often at their strongest.

And the actors too have the opportunity to showcase what they’re capable of here if tonight is anything to go by, with Max Parker and Susan Cookson delivering what is arguably their best performances on the soap thus far.